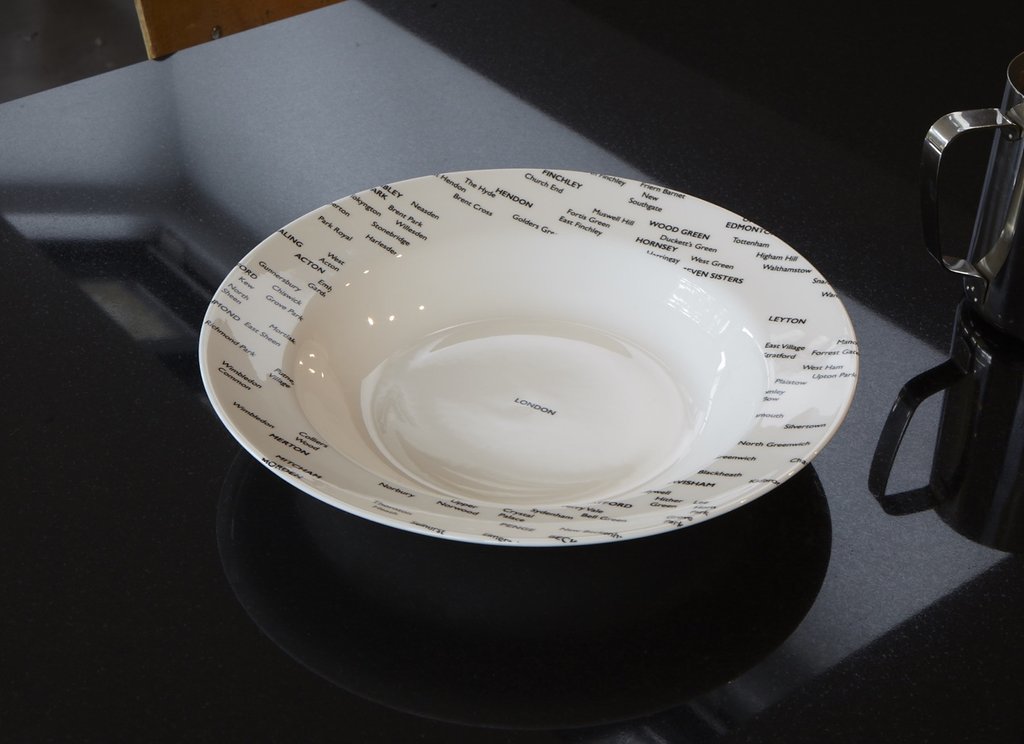 Richard Wentworth is simultaneously the easiest and the most difficult of interviewees. There’s no danger of lapsing into silence, or of asking a question that leads nowhere; on the contrary, everything leads everywhere and it takes all my composure to remember that I’m here to conduct something relatively formal, rather than be swept up in the force of his conversation.

The word ‘brilliant’, in its more archaeic sense of incandescent, is what springs to mind. Each thought sparks countless others, and I get the sense that his mouth is running to keep up with his mind as much as my brain is sprinting to follow his. More than this, he is sincerely interested in human beings; although his work rarely represents them explicitly, I learn over the course of our conversation that his fascination with people is what drives huge swathes of it. He is as interested in me as I am in him, visibly joyful to discover a mutual friend or a shared experience. Perpetually and insatiably curious, Wentworth leaps between topics like a frog between lilypads.

When I came to transcribe the original recording, I found myself editing numerous instances where he conducted hypothetical conversations to illustrate a point; plenty have made their way into the final cut (see below) but the impulse to express oneself with reference, and in relation, to other people, fits perfectly with my impression of a man who seems so taken with their idiosyncrasies.

The word ‘brilliant’, in its more archaeic sense of incandescent, is what springs to mind. Each thought sparks countless others, and I get the sense that his mouth is running to keep up with his mind as much as my brain is sprinting to follow his. 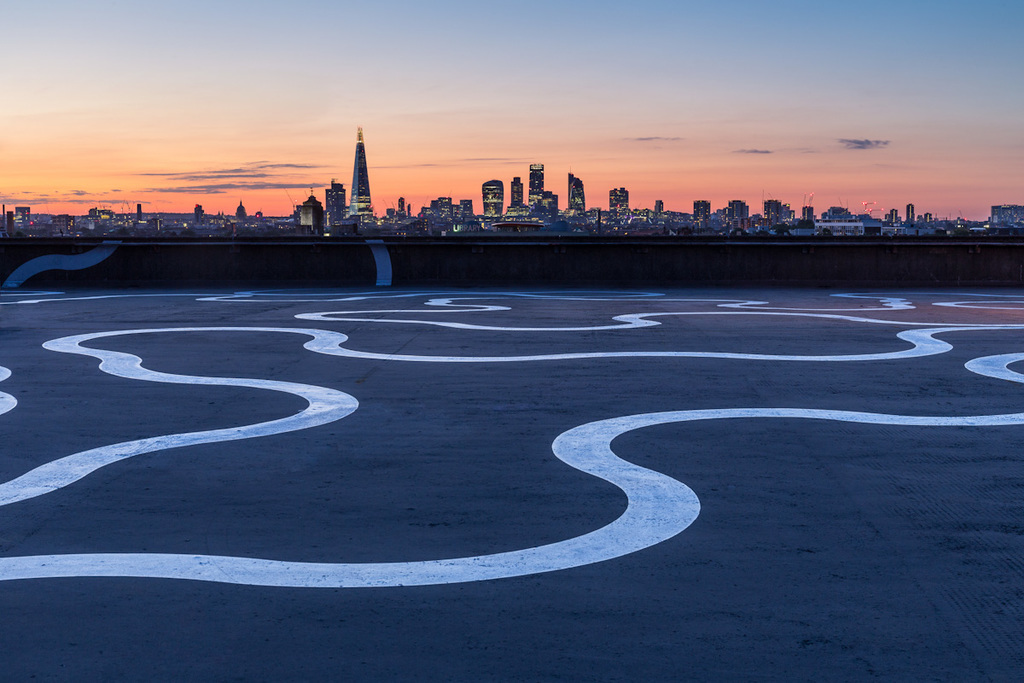 Where does the name ‘Known Unknowns’ come from?

The title is from that really odd moment, when Donald Rumsfeld made his pronouncement. I think it’s a wider story and you can probably find TS Eliot out there in the bigger conversation. Rumsfeld said something like ‘known unknowns’ or ‘unknown knowns’ and it became a sort of public joke. It became slightly mythic, and there was the question: is this an extremely clever person, sort of talking double-speak, or…? And I think there’s something of that in this bowl.

Although I could make a pretty good map of London, I might not get it quite right. Each place's name is a piece of text, and a piece of text is a strip, a line. In Europe it’s read from left to right, and it might be a long word or a short word. The form of these words spatially contradict what a place is – not that we know what a place is, but humans, in order to identify where they are, have to say, ‘I’m in Kentish Town’, and then somebody says ‘Where in Kentish Town?’, ‘Well, how well do you know it?’, ‘Quite well’, ‘Well, I’m near Haverstock Hill’, ‘Oh, that bit of Kentish Town’. Maybe there is a foil in that, to our own names. There are lots of people called Richard, there are people called Emily. One’s job is to make sure you don’t get muddled up, so that’s where surnames come in. All the Emilys are not alike – but a lot of them might be named within a certain period. Richard you don’t hear any more. It’s absolutely becoming an antique, attached to the Jonathans and the Anthonys and the Andrews… All these questions of difference are always hovering in human perception. There are ‘little’ places and ‘big places’ but the tonal range of perception and knowledge is immense.

So the placement of the names of the areas… is that according to something like an A-Z, or is that you?

No, it’s not me – the names are sitting as-near-as-dammit to where you would find them. They are struggling, given that they’re text and given that they’re perched on this rim, struggling with being true. When something is a blank I think that allows you to speculate, well, what is it? Is it just the limit of the piece of text adjacent, is there an imaginary point where something changes its name, where Finsbury becomes Kings Cross, or where Kings Cross stops and Camden begins? They’re very odd, very fluid. There are ‘fault-lines’, but they’re not exactly rigid. There’s a plasticity there. And some blank spaces are actually parks which I really like, or rivers, so there’s a run which is the River Lea; spaces which aren’t – strictly speaking – occupied. I like the fact that a lot of the city is unnamed, or not very specifically named… And of course, the intensely known common ground is the centre of the city, and that’s why it’s the centre. So you have the distance across this unnamed middle – which, comically, we’re all supposed to know… 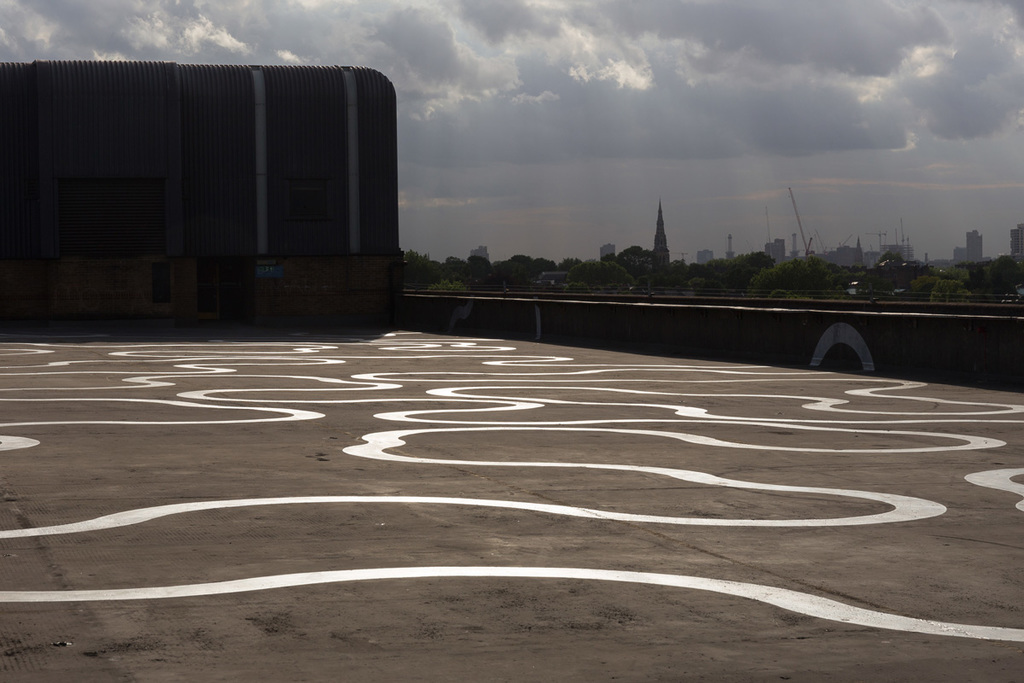 All these questions of difference are always hovering in human perception. There are ‘little’ places and ‘big places’ but the tonal range of perception and knowledge is immense.

So this is an interest in people, and where they place themselves? How do you place yourself?

If there weren’t any people then I wouldn’t be interested in the places. The places are receptacles or theatres or sites… but I realise I am a bit obsessive about the act of encounter. These little dramas are just parts of where we locate ourselves emotionally, psychically. I think that’s what I like about the street, you know, there’s all this diversity of energy which is unknowable.

The other thing to say is that the plate, a plate, is such a commonplace object. The funny thing about plates is that when they’re given out at dinner, say, it becomes your plate. Possessing the plate at an event, it is your plate as soon as someone has said, ‘would you like to sit there?’ There are so many codes running through that to do with hygiene, politeness, appetite. So it’s actually a site of property, of belonging, and I like how that applies to the city. And the shape – cities are not precisely round, but one can see how that happens…

So it's about geometry?

Well, I have a very good feeling for compressed geometries. It’s probably almost an atomic model with electrons and bits and pieces which make it work. When I’m walking through the city, I kind of know why it is like it is, but I cannot believe it is like it is. So although I know a lot about happenstance, I know about regulations – the generative force fields. I know when almost every building was built. But not because I’ve got my guide book, I just retain these things. I’m still the sort of person who will linger at a chain link fence – people who do that tend to be sad men. I don’t know what they’re doing, but you can walk past a building side and count them. They tend to be male, older –

Well, there’s a melancholy there. The assault on the earth… perhaps it’s a kind of pornography, you know, penetrating the ground and something is going to be put in there. And the procedurality is very military.

I’m still the sort of person who will linger at a chain link fence – people who do that tend to be sad men. I don’t know what they’re doing, but you can walk past a building side and count them. 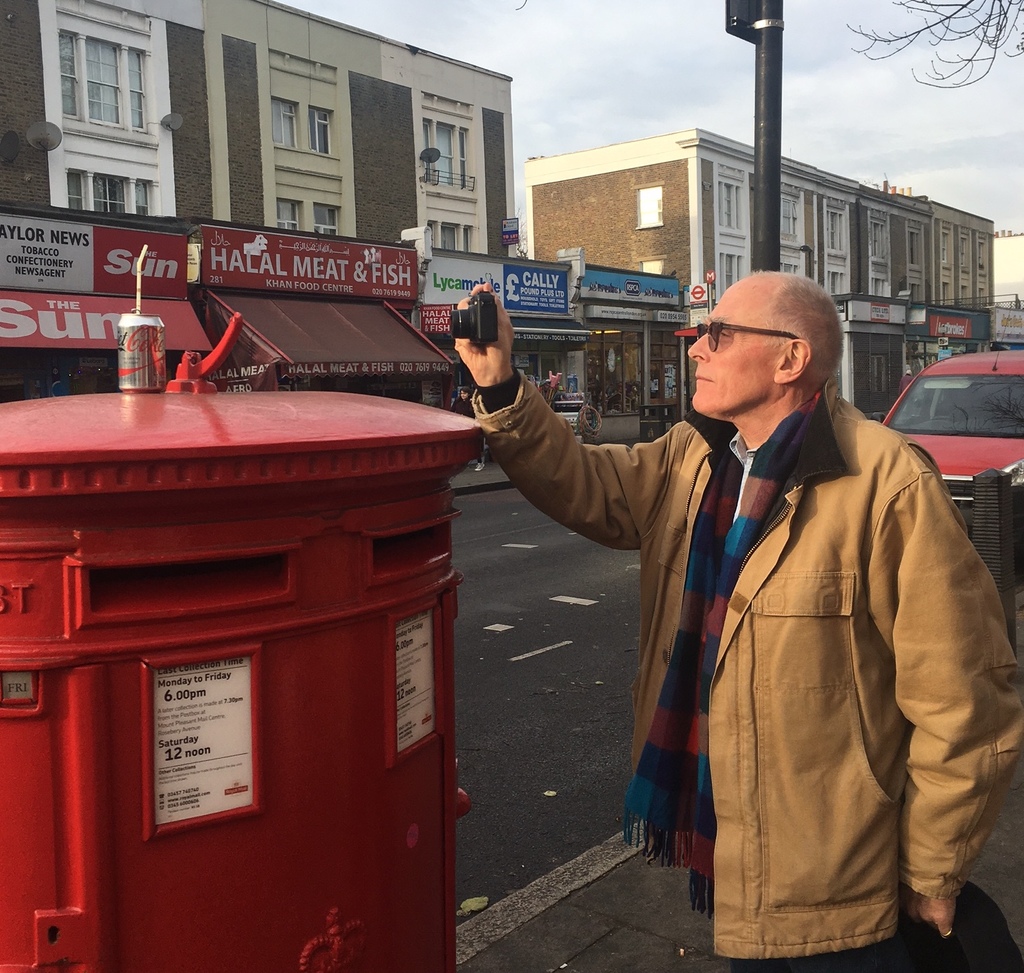 Richard Wentworth on the Caledonian Road

Where does ‘Making Do and Getting By’ fit in to all this?

‘Making Do and Getting By’ is just a product of what I can’t help doing… Even as we’ve been sitting here, and I’m without glasses, I’ve become more and more obsessed by that looped piece of cord for the blinds. I think it’s what the French would call informel, because everything around it carries some formality, dull and conventional geometries…. I think it’s because I was brought up to be a conformist, but I didn’t understand – I was just a child. And there’s something about the weight of that conformity that did something to me. I tend to see things that don’t conform and I often see them before I see the big picture. Generally speaking, the eye is a conventionalising tool – we’re always trying to tidy the world up, dumb levels of psychology, perception.

Sure, I’ve heard that about you. Think about the volume of stimuli your brain must have to filter out, every millisecond…

Exactly. And I try to save one misperception a day where I can laugh at myself. The classic one of course is taking an extra step on the stairs, or taking one too few – much more frightening, when you think you’ve got to the bottom and you bloody haven’t! For the greater part we see the world as a setting, and we’re not surprised by most of it. So ‘Making Do’ is kind of like a day book.