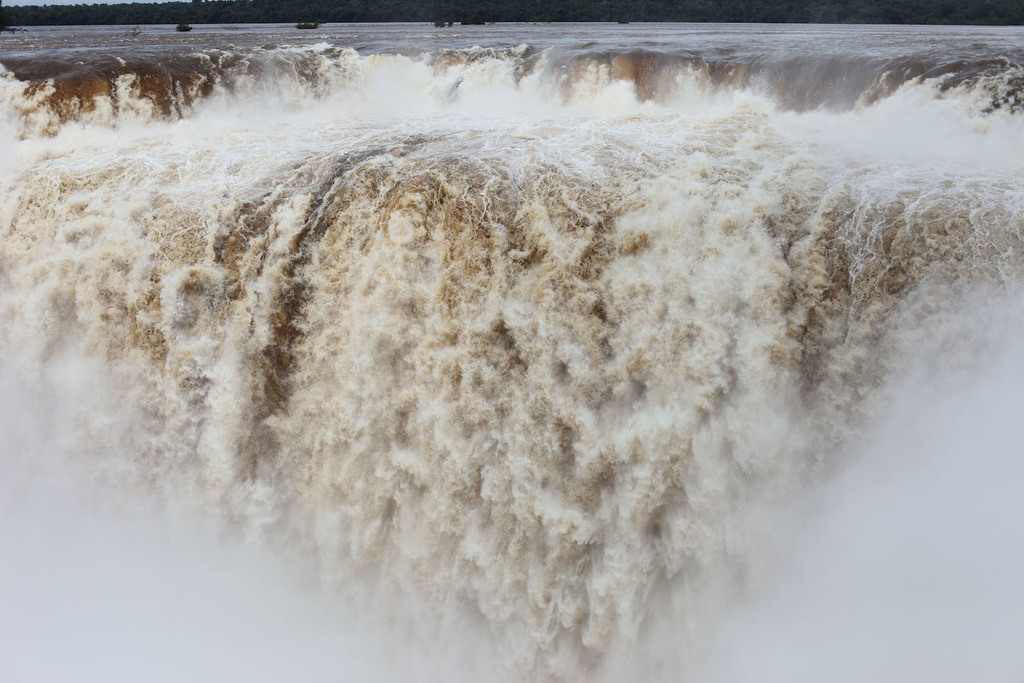 How would you curate an exhibition to represent the conscious experience? Which images would you include, and in what order would you direct the audience to process them? The human brain isn’t linear, and it doesn’t file memories neatly under tabs. A certain food reminds you of an evening, which reminds you of a place, a person, a feeling; these are the threads in the tapestry of experience, tightly woven and only comprehensible when drawn together. And this is Wolfgang Tillmans: 2017, at Tate Modern until June 11th. 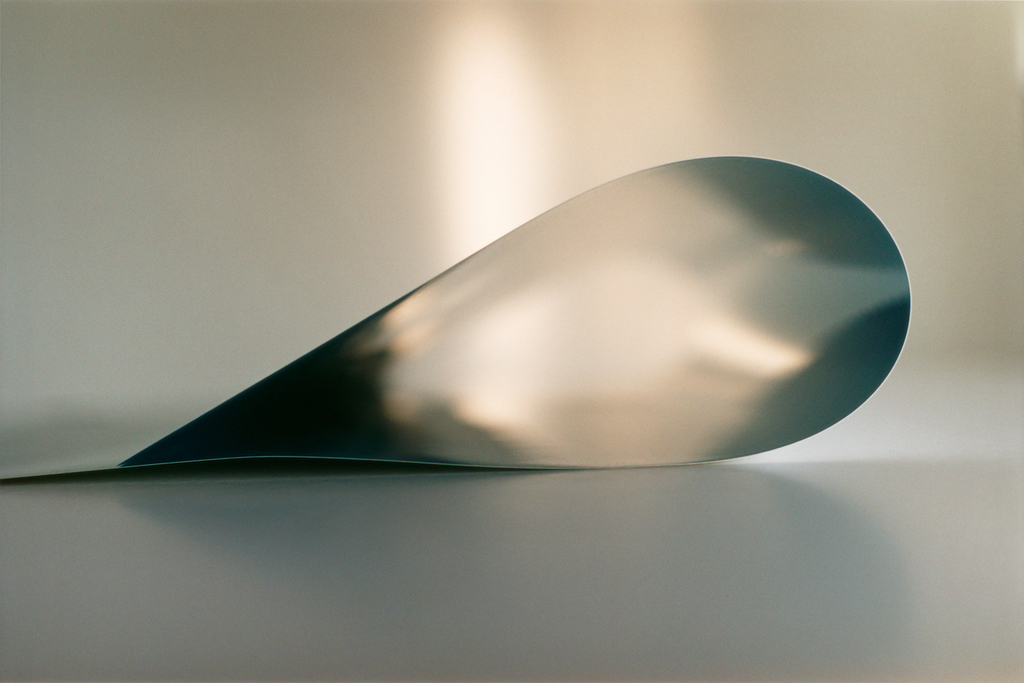 The gallery has broken from form in their hanging of the show, working closely with the artist and doing away with their standard wall texts. This kind of curating is right up my street. I tend to resent the glosses and explanations, vying with the artwork for my attention and advising me on its context and how to interpret it. I’m not sure this exhibition could succeed otherwise; the means of hanging the pieces is as much a part of the show as its constituent parts, and the absence of exposition means that the images and their subjects come to lay on top of one another in a visual palimpsest, each constituting – in some background way – our reaction to the next.

There’s an idea that what is most specific and intimate is the most universal, and Tillmans is a masterful story teller. By presenting his own, deeply subjective version of the world we all inhabit, he strives to present everyone’s. I’ve never seen the man whose straining neck is depicted in ‘Collum’, 2011, but the way I’m shown the image lets me imagine that I would have been struck by his posture, too. I didn’t travel to Chingaza with Juan Pablo and Karl, but I do understand Tillmans’ impulse to capture them prone on mossy rocks smoking roll ups. These are striking images, and their hanging by bulldog clips, without frames or the mediation of glass, bring the viewer one step closer to experiencing them as more than photographs.

‘I didn’t care if it would hurt or help me as an artist. I was only interested in the result’ said Tillmans in a recent interview with the Guardian. 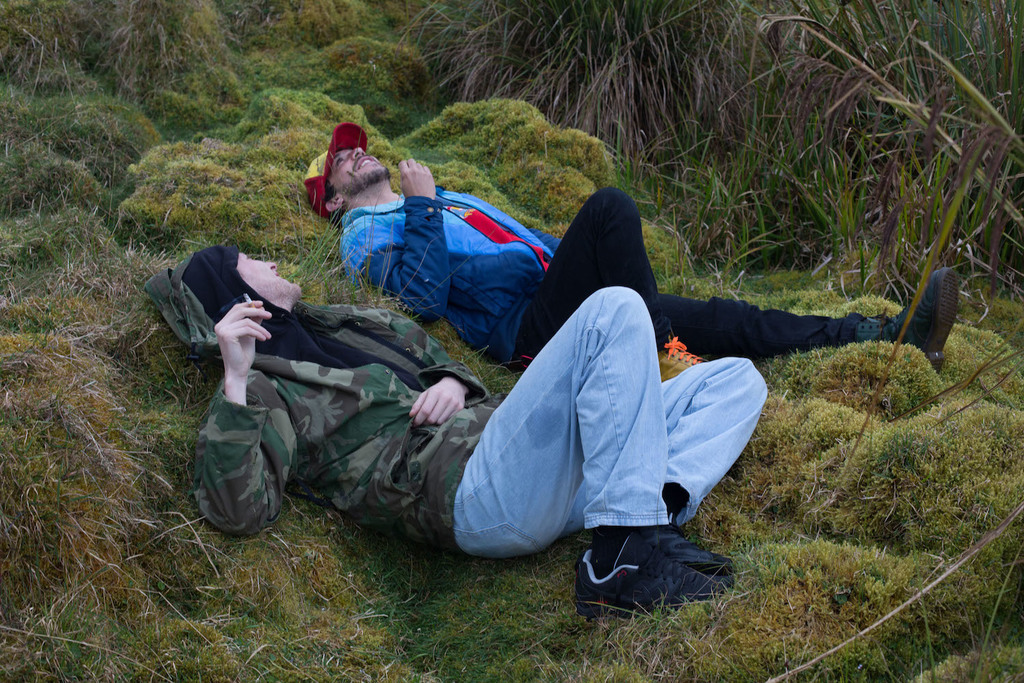 As well as being the simplest means of representing things the way we see them, photography is a medium charged with immediacy. ‘I think titling the exhibition ‘2017’ is [Tillmans’] recognition of where he is at now, in relation to where the world is at now. He’s eager to show that artists don’t work with just one medium, or have just one interest, and this is where it’s at for him and world events too’, says Emma Lewis, assistant curator of the exhibition. Again, the relationship of the individual to a wider context is delicately balanced to maintain both personal and universal relevancies. Tillmans supported the Remain campaign in the recent EU referendum, designing posters and leaflets which could be printed for free. ‘I didn’t care if it would hurt or help me as an artist. I was only interested in the result’ said Tillmans in a recent interview with the Guardian. His contribution, however sincere, was unsuccessful in swaying the vote, but marks a move towards a more emphatic political engagement begun in 2003. ‘It was the demonstrations and protests against the invasion of Iraq which spurred a kind of political consciousness within his practice’, says Lewis, ‘[…] and he began to think about how world events could be represented in his work on a very human, sort of day to day level. (In ‘truth study centres’), [h]e’s arranged objects or print outs from online in such a way that he draws attention to how news outlets relay and convey ‘truth’. He’s drawing attention to bias, gaps in information, and that’s another way that he brings the political into his work – by making us aware of how we take in information about what’s going on in the world.’ 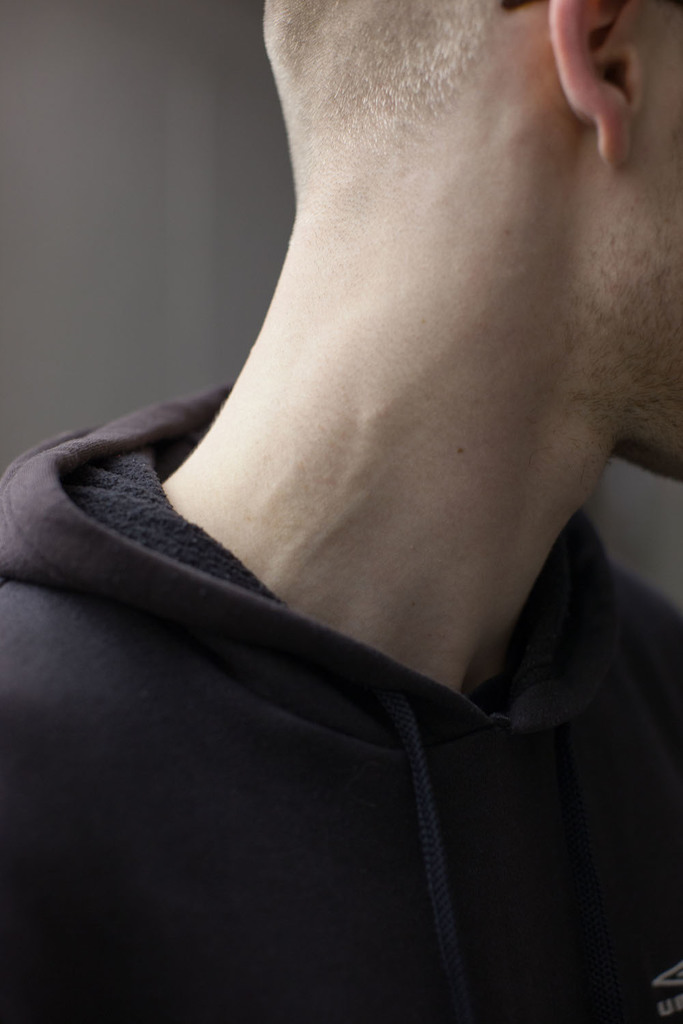 It is when the universal meets the specific, the micro sheds light on the macro and vice versa, that Tillmans work resonates most effectively.

‘What’s going on in the world’ features in the exhibition in much the same way as it does a typical consciousness. Sometimes, it’s all we can think about, centre stage, and at other times we’re distracted. We’re only human, and we want to dance, have sex, eat. For a moment we might be struck by shit buildings going up left, right and centre, as in ‘Shit buildings going up left, right and centre’, 2014, but what really holds our attention tends to be more about the small picture than the big. ‘astro crusto, a’ depicts a fly processing the remains of a lobster dinner; the vibrant colours of the shell contrast with the black of the little insect, and we’re close enough to see every indentation and variation in the carapace. It's one of Tillman’s most famous photographs, and perhaps this is because it manages to illustrate pleasure, time and death all held on a side plate. It is when the universal meets the specific, the micro sheds light on the macro and vice versa, that Tillmans work resonates most effectively. He’s showing us what we already know, which is often all we want to see. 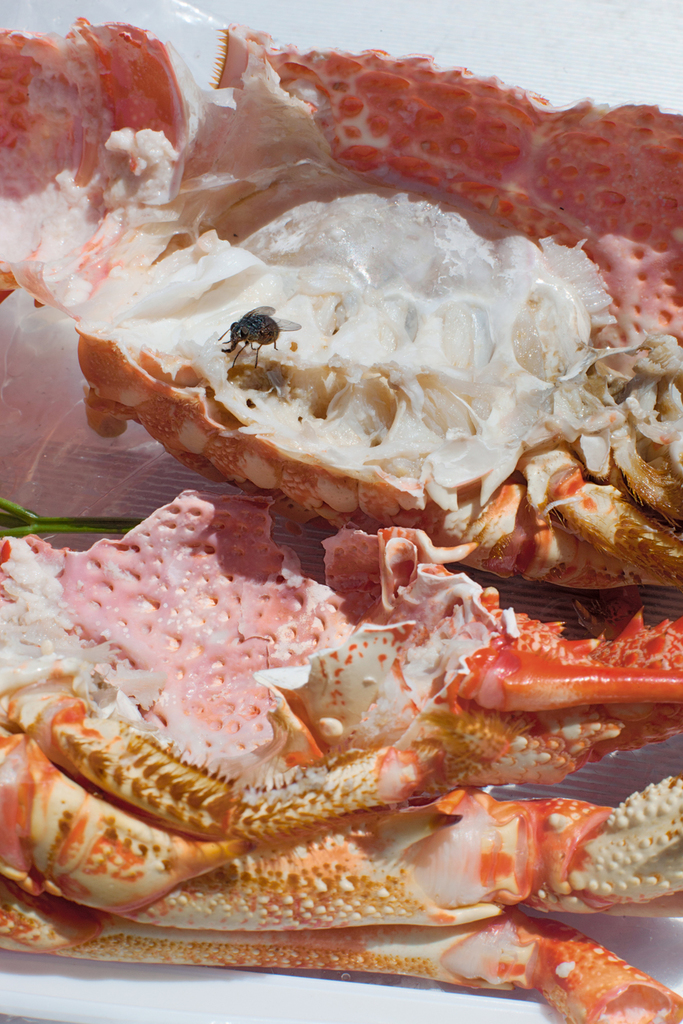