Why Are People So Weird About Wes Anderson?

The film world is a curiously fraught place; the mere mention of a filmmaker or actor’s name is enough to send some weary cinephiles into a frenzy that, to the average onlooker, might suggest some sort of personal vendetta rather than a simple disagreement about artistic sensibilities. It takes a singular filmmaker to attract such consistent ire, and perhaps no one divides film lovers as much as the meticulous master of whimsy, Wes Anderson. His distinctive films are always met with critical acclaim, but there’s a strangely vocal contingent of naysayers who are very keen to detail their disdain for his formalism at any given opportunity. The chief criticisms levelled at Wes relate to a perceived "style over substance" and lack of emotional depth, although searching his name on Twitter reveals that others take issue with the fact he often works with the same actors, or, erm, his decision to name the fictional town in his latest film, The French Dispatch, Ennui-sur-Blase. 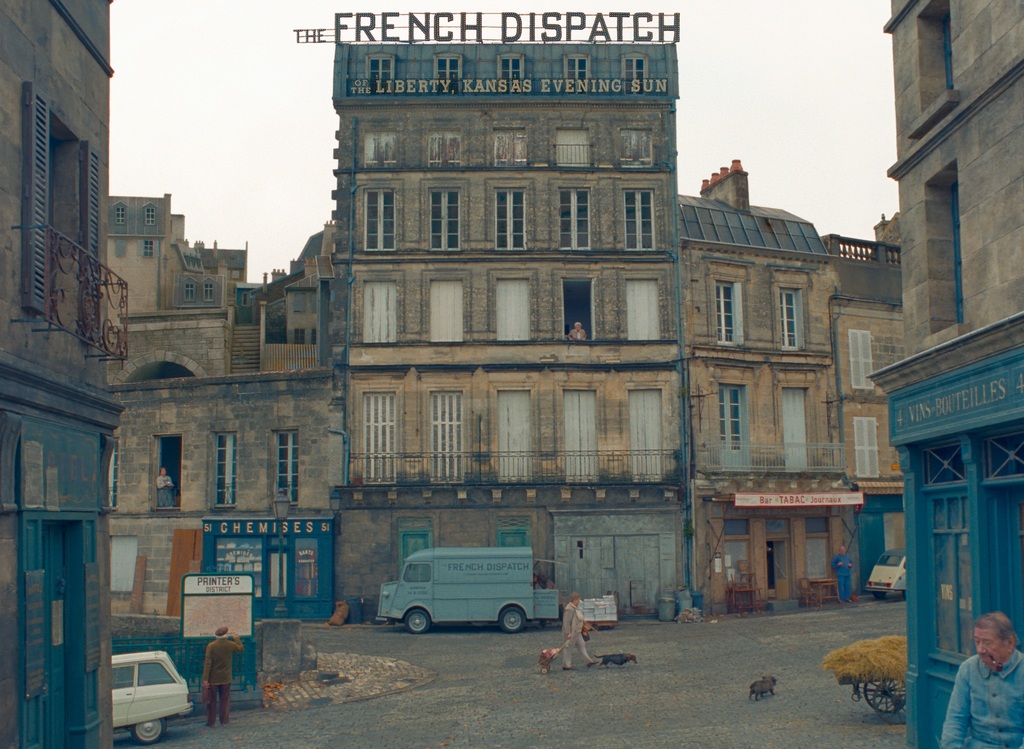 "Considering how much contemporary film suffers from an interchangeable visual style, who wouldn’t want to celebrate artists who at least have a vision to begin with?"

The sort of reaction Anderson generates is fascinating and impressive; few other filmmakers are able to rile up their detractors simply by existing. Although there are plenty of valid criticisms to be made regarding his work – particularly regarding his evocation of racial stereotypes and the overwhelming whiteness of his filmography – there’s also a sort of wilful ignorance which surrounds his work, more so than contemporaries such as Christopher Nolan, Paul Thomas Anderson or even Denis Villeneuve, whose latest film, Dune, was released on the same day as The French Dispatch. 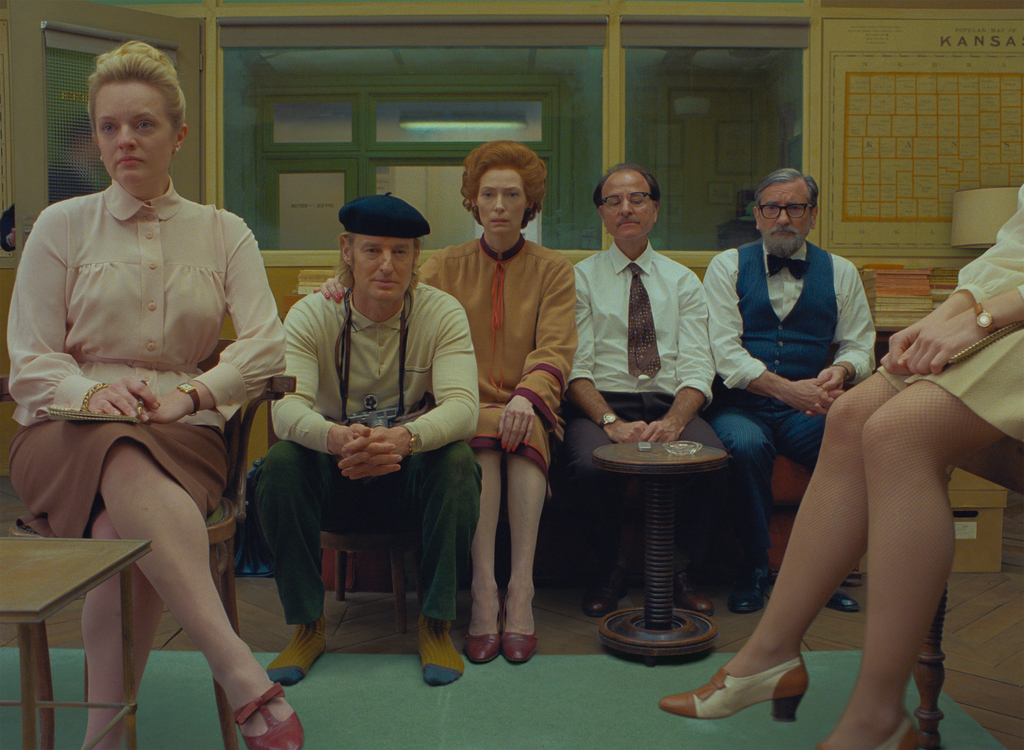 One of the most common complaints levelled against Anderson is that his films lack emotional depth.The extent to which a viewer connects with a film’s themes and characters will inevitably vary, but this criticism of Anderson seems particularly unfair; since his debut feature, Bottle Rocket, the director has focused on relationships, particularly the dynamics of families, either born (The Royal Tenenbaums) or found (Moonrise Kingdom, The Grand Budapest Hotel). The characters within his films might struggle to communicate with one another or express themselves articulately, but this doesn’t make them unfeeling. Who can forget Richie Tenenbaum’s suicide attempt in The Royal Tenenbaums, or that the entirety of Isle of Dogs revolves around a young boy searching for his lost pet? Even within his latest work, The French Dispatch, there is a myriad of love stories, between lovers, parents and children, and writers and their subjects. 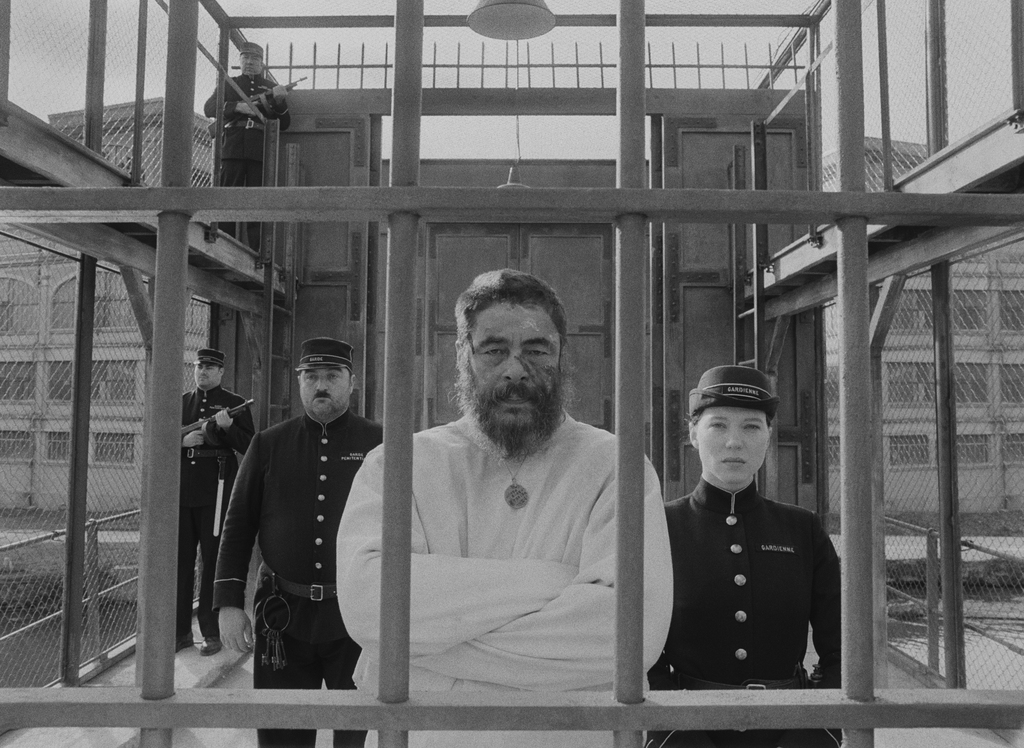 "his films are akin to Fabergé eggs, so meticulously engineered from the outside, it’s easy to forget they serve a purpose at all"

This frustrating misconception suggests some viewers can’t look beyond the hyper-stylised visual aesthetics of Anderson and access the warmth that is nestled within; his films are akin to Fabergé eggs, so meticulously engineered from the outside, it’s easy to forget they serve a purpose at all. But it’s disingenuous to say that Anderson’s films lack heart – it’s just that he expresses this in a fashion that audiences have become less and less accustomed to seeing on screen, as the grandiose gestures of superhero cinema and quippy blockbusters have become the cultural monolith. It feels as though there’s a lack of patience around films which require a little more consideration to unlock. 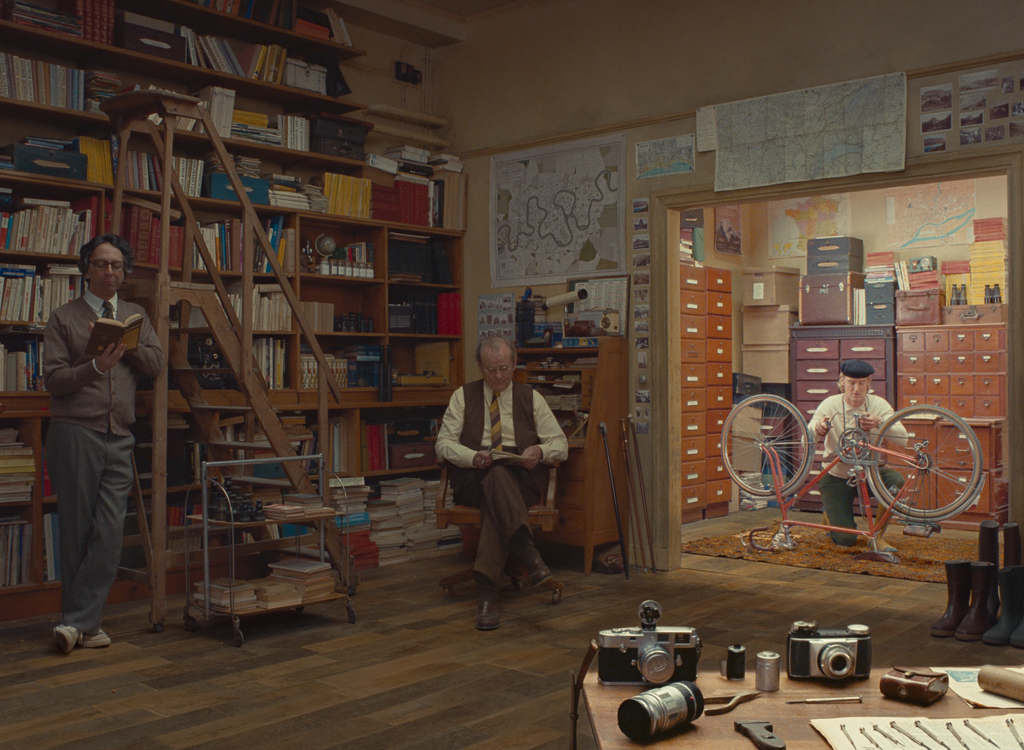 The exquisite design of Anderson’s worlds – which began to really develop in Rushmore and was cemented by the time the director reached his fourth feature, The Life Aquatic – also attracts a specific sort of criticism. While taste is completely subjective, and Anderson’s full-bodied commitment to his style definitely either works for you or doesn’t, it’s a little eyebrow-raising to see his interest in symmetry and craft likened to fascism. 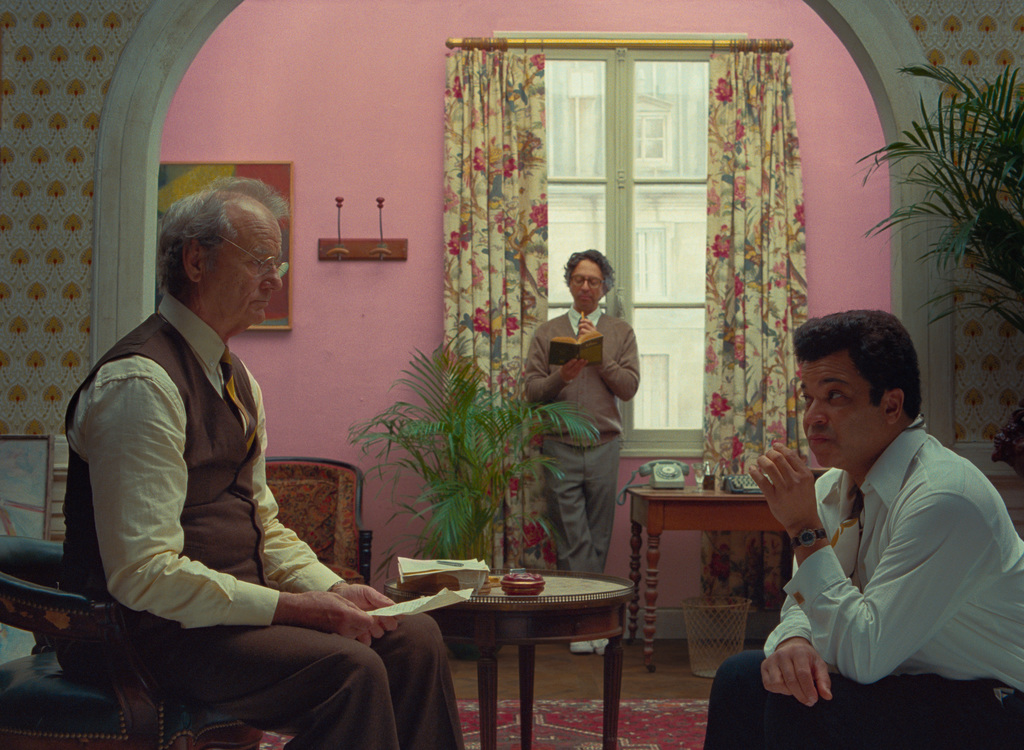 Visiting the French Dispatch exhibition at 180 The Strand last weekend, I was struck by the level of attention given to the smallest details: handwritten prop notes that wouldn’t even be visible to the audience; exquisite scale-models of sets created to given approximation of the real thing; the multitude of paintings and sculptures created especially for the film’s second vignette, The Concrete Masterpiece. Criticising Anderson for having a strong aesthetic seems completely anti-art. You may not like his approach, but there’s no doubting the care and attention that goes into it. Considering how much contemporary film suffers from an interchangeable visual style, who wouldn’t want to celebrate artists who at least have a vision to begin with? 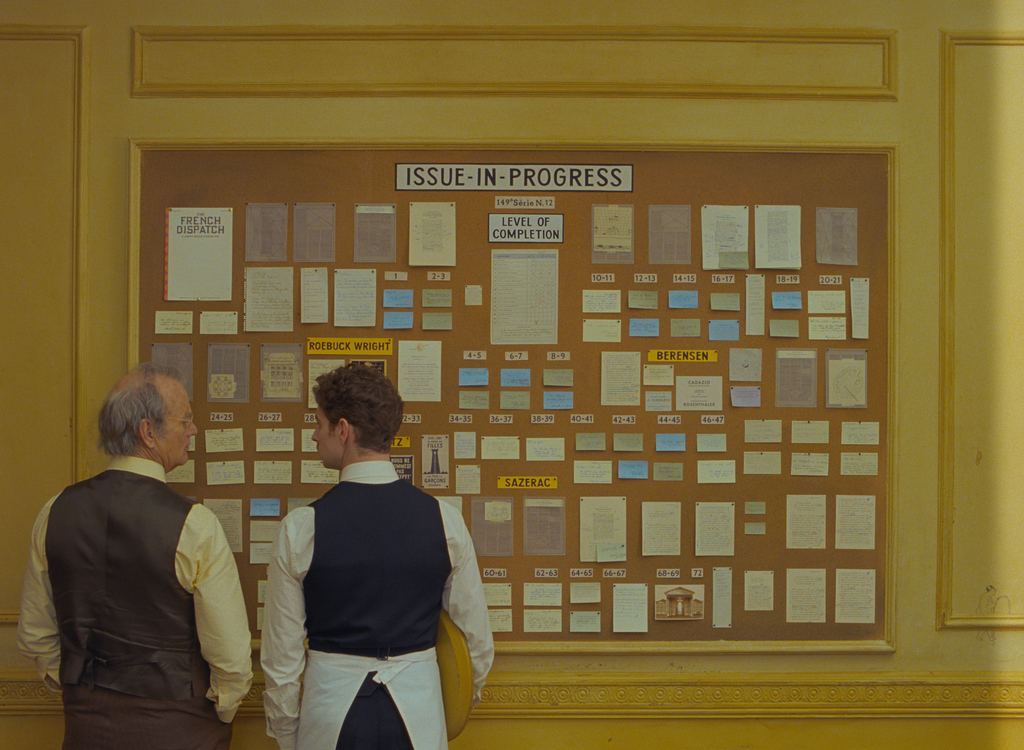 But perhaps the key reason Anderson generates such a specific sort of contempt is because he’s an easy mark. His work has become identifiable enough to parody easily (like, really easily) and as a middle class white man from Texas telling stories about predominantly white middle class characters, he represents a sort of auteur who has never really struggled within the Hollywood machine. It’s entirely possible to provide thoughtful, reasoned critique of Anderson’s work, but so much of the negativity surrounding him comes from a place of disingenuousness, refusing to meet Wes halfway and engage with him for the work he produces rather than with the pop culture perception of him as a filmmaker who creates beautiful, emotionally distant worlds.

"Criticising Anderson for having a strong aesthetic seems completely anti-art." 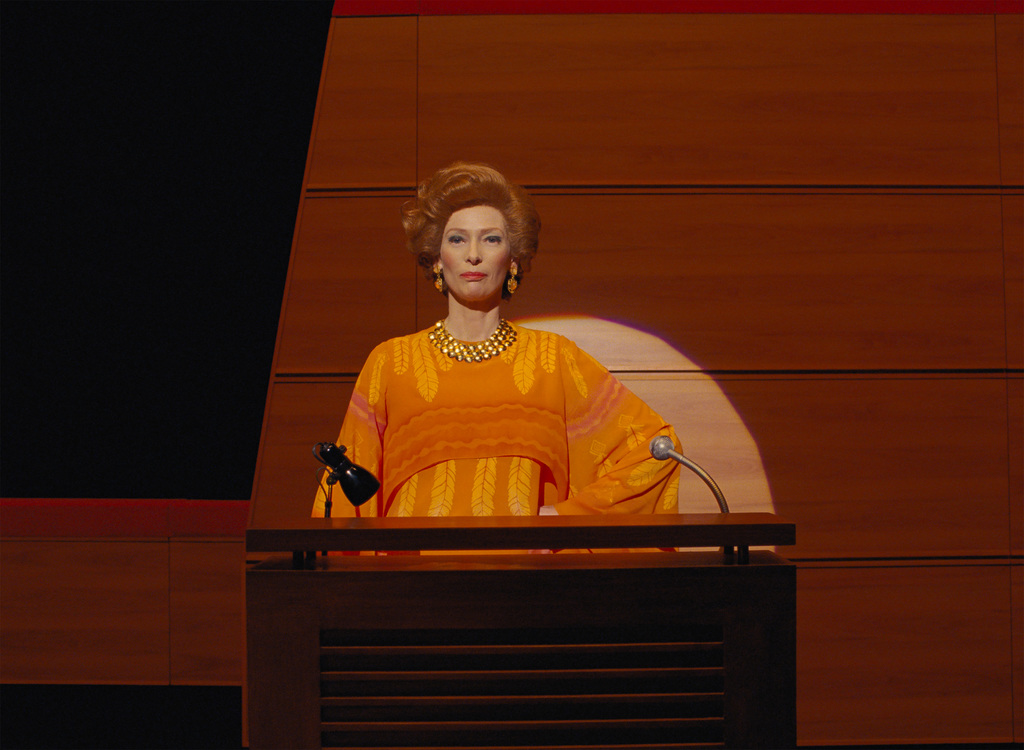 Wes can take the punches though. His latest film has had a great box office run so far, and he has no shortage of affectionate followers who will always be interested in what he’s making, regardless of the cast or logline. The potency of over-simplified, disingenuous readings of his work will endure too, as the more visible a filmmaker is, the more they inevitably attract lazy, bad-faith responses. But as the film world continues to suffer under the weight of corporate monopolies and franchise fatigue (it’s worth noting Anderson’s films are now distributed by Disney, after the acquisition of 20th Century Fox) the director’s unfailingly earnest, unapologetic commitment to his vision feels like something worth celebrating. He doesn’t make films for everyone, but the people who do find comfort in his cinematic outsiders, or enjoy immersing themselves in the colour and detail of his expertly-crafted worlds, know to rise above the curious negativity.