What makes a work of art 'queer'? 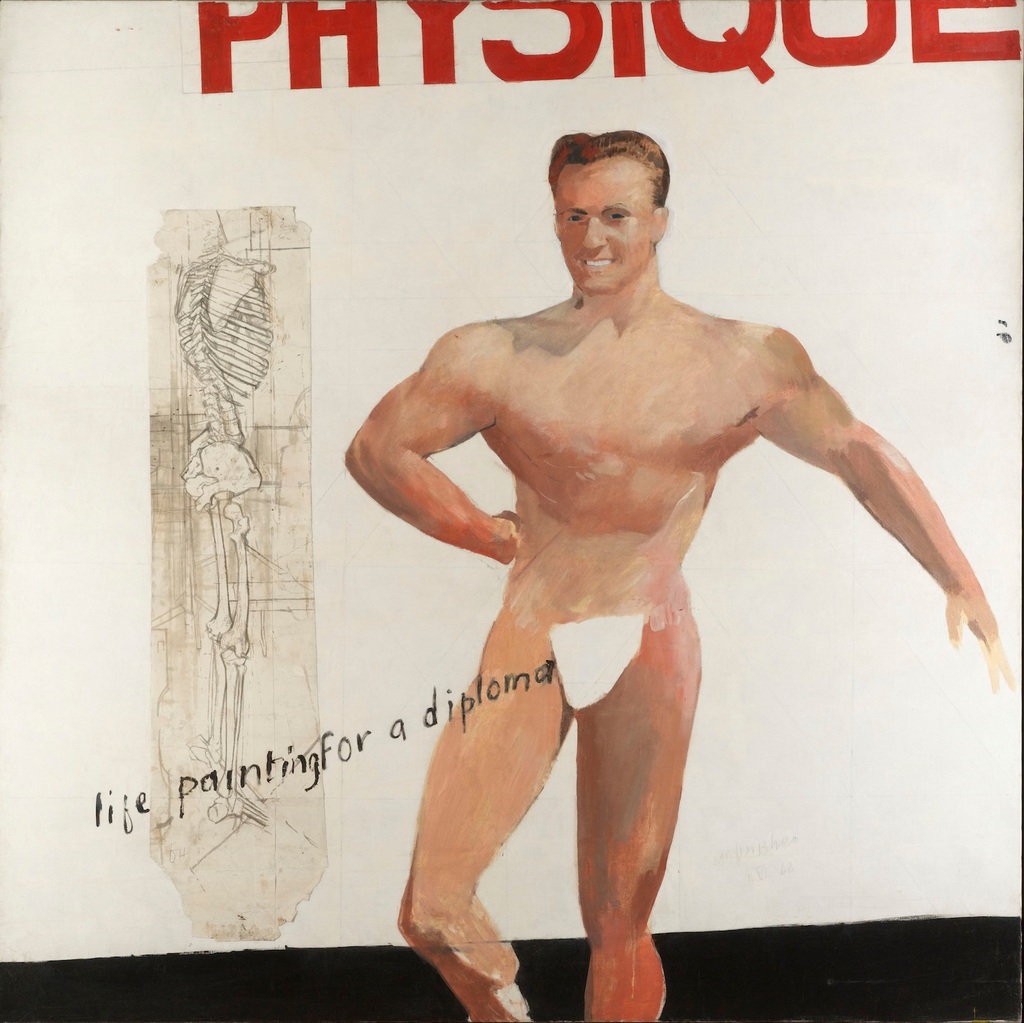 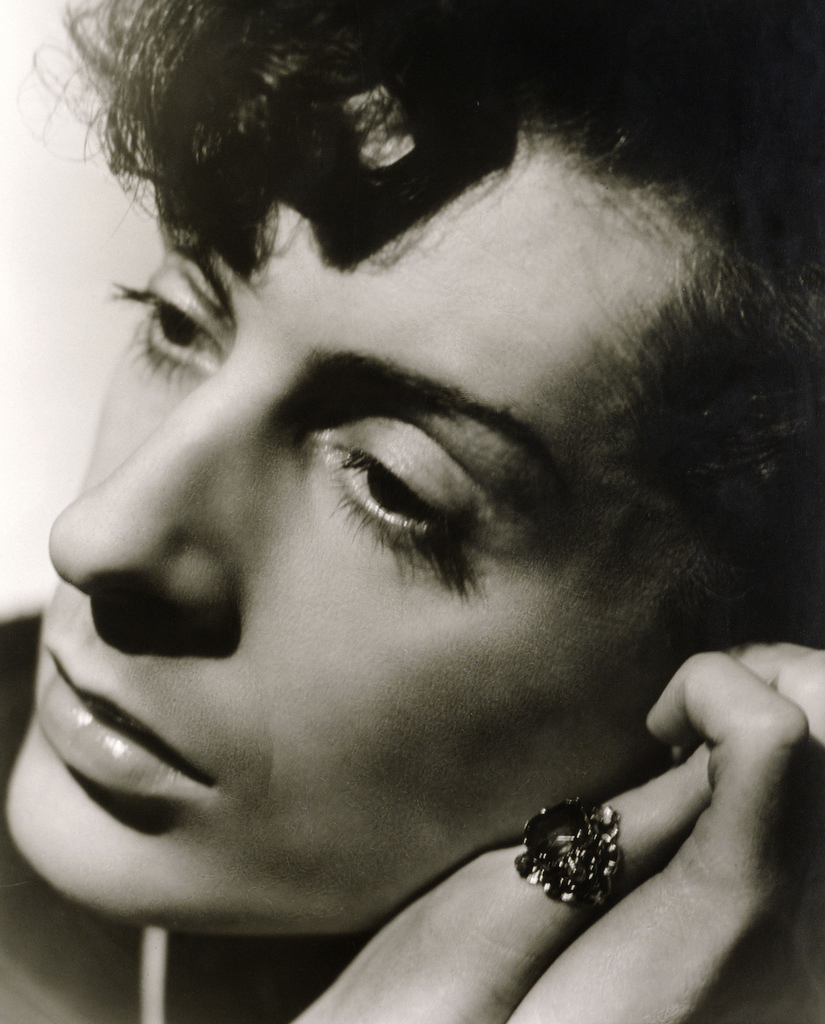 No one would have thought to call the phallic symbols covering Pompeii, or the tradition of pedagogy in ancient Greece, queer or deviant in their own time and place.

That queer art is displayed in such a high-profile venue can only be a cause for celebration, but also a prompt to consider its definition. How will the curators tackle the tricky subject of queerness? How does one represent it? From the off, some constraints have served to narrow the sprawling question: the exhibition consists only of paintings made before homosexuality was legalised, and so any queerness inherent in the works from that time was necessarily operating under-the-radar, as it were.

To begin at the beginning: ‘queerness’ is a notoriously slippery subject to define, and well-trodden by academics far more expert than I with no real consensus. Amongst the LGBTQ community, it is often an umbrella term for sexualities and genders not covered by the binary classifications of male/female, straight/gay, and so forth. Within academic circles, queerness denotes a worldview divergent from society’s assumptions about the ‘natural order,’ particularly when they’re rooted in patriarchy and heterosexism. If ‘queer’ can mean a departure from the status quo, then, its definition rests on the structures of the society it’s reacting against. No one would have thought to call the phallic symbols covering Pompeii, or the tradition of pedagogy in ancient Greece, queer or deviant in their own time and place. It is only looking back through the lens of a society with its own hang-ups and conventions, especially following the moral rigidity of the Victorian period in England or Puritanism in America, that these expressions and acts seem transgressive. 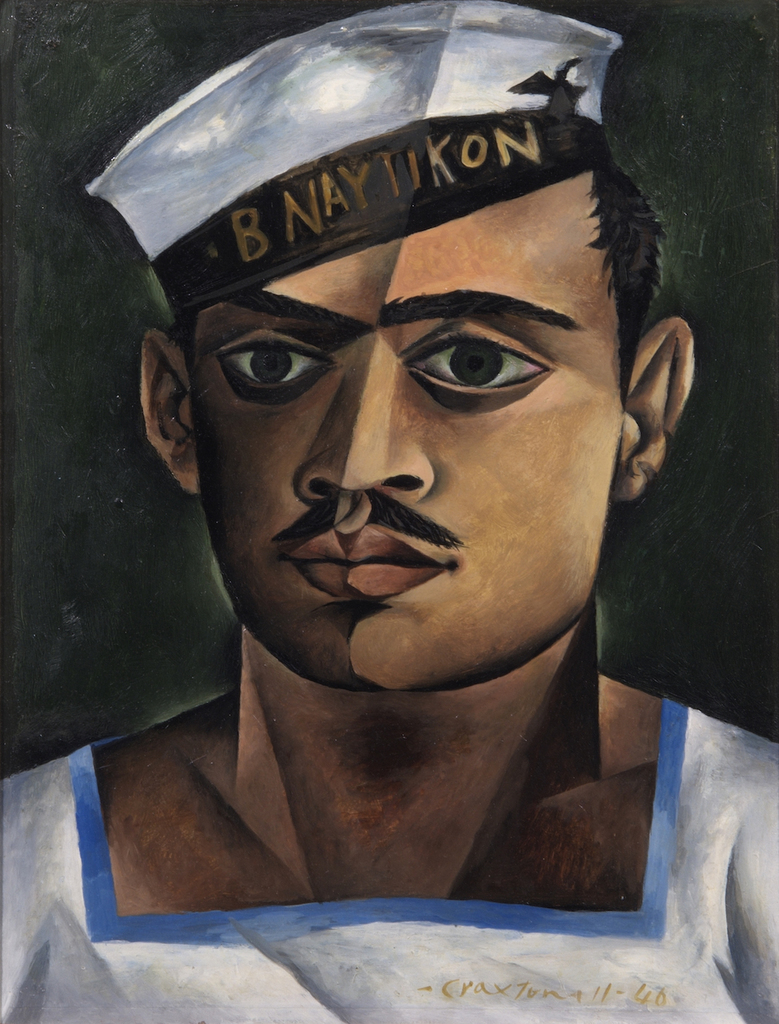 Trying to determine whether or not a work of art is queer, especially one made in such an oppressive period as the one spanned by Tate’s exhibition, is quite a task. Anything explicit, or judged ‘deviant’, could have been subject to censorship or incurred legal action. Britain must be full of private erotica from the period, of course, but this would have been kept under lock and key. When it comes to contemporary art – although the task of defining queerness does not disappear – identifying it is significantly simpler. The question becomes more semantic and philosophical than a detective’s mystery to be solved. The climate of (perhaps hitherto) liberal tolerance and the development of the internet have proven fertile ground for the production and spread of queer art in the 21st century. For the first time, an artist’s identity, intent, and the content of their work can be unified.

For the first time, an artist’s identity, intent, and the content of their work can be unified. 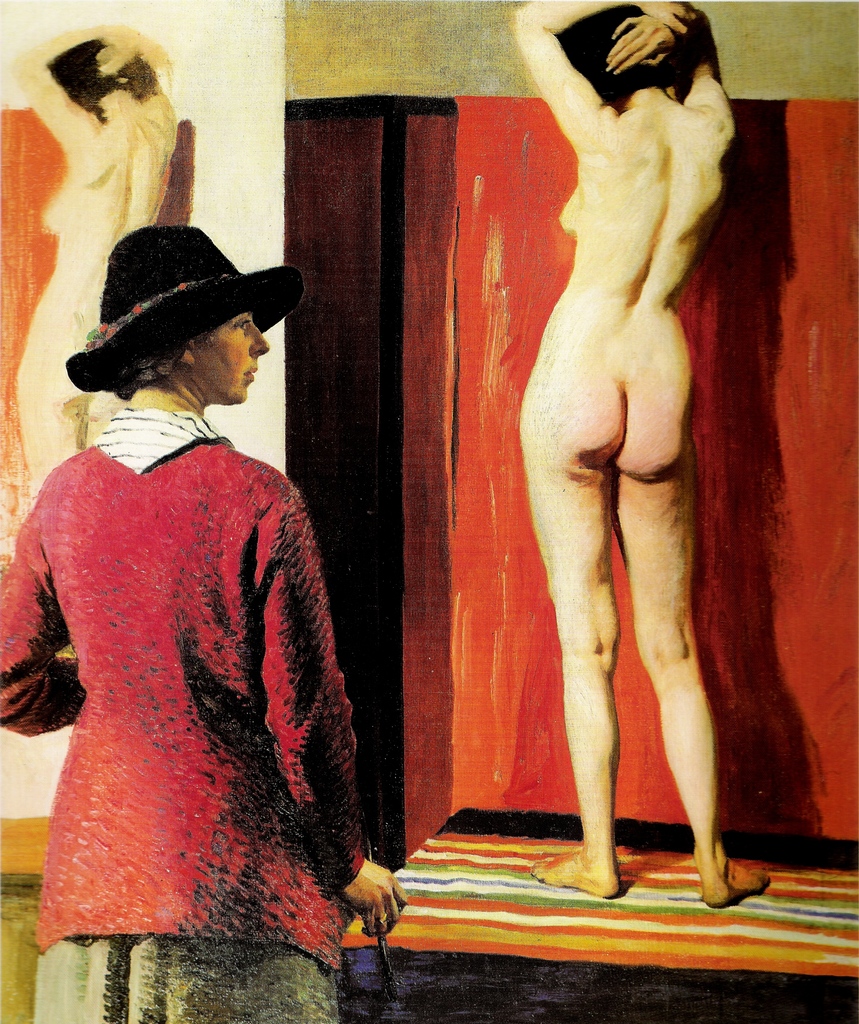 What, then, should we do with work that was not intended to be thematically queer but nonetheless created by queer artists? John Singer Sargent is included in Tate’s exhibition, a fascinating choice given the struggle the artist seems to have undergone with his own sexuality. Recent exhibitions have showcased pieces by Sargent that are decidedly queer; they include studies of the black male form and charcoal drawings of muscular men. But the artist’s public stoicism and reticence mean that this aspect of his life was deeply private, and the work he exhibited was largely free from the sensuality of his more personal sketches. Sargent’s portraits and watercolours feel mostly decorative: technically masterful, but oddly hollow. As the critic Lewis Mumford said, ‘Sargent remained to the end an illustrator [...]the most dashing eye for effect, cannot conceal the essential emptiness of Sargent's mind.’ Perhaps Mumford overstates; perhaps Sargent’s closeting of his queerness robbed his work of a certain internal truth.

The case of Sargent seems to suggest that queerness is inherent in a piece, rather than endowed by the artist; his personal sexuality does not queer his dry portraits of high society. Contrast this with the work of Simeon Solomon; his work slightly predates Sargent’s, frequently depicting Sapphic desire and Jewish culture, with a clearly queer dimension. What, then, bestows this quality of queerness? Is subject matter all it takes, or is there a more complex interplay at work?

Despite the taboos around homosexuality throughout history, the art world has always been fascinated by, and romanticised, Sapphic love and sexuality. There is a huge volume of work exploring lesbian relationships compared to those of gay men. Why? Perhaps the answer lies in the identities of the artists who produced them; for every depiction of lesbian love or sexuality by a queer woman there is a dozen by straight male artists. The same fascination with lesbian sex that pervades pornography today crops up continually throughout art history. Does the male gaze negate the queerness in images of lesbian encounters? It certainly lends them a distinctive quality. 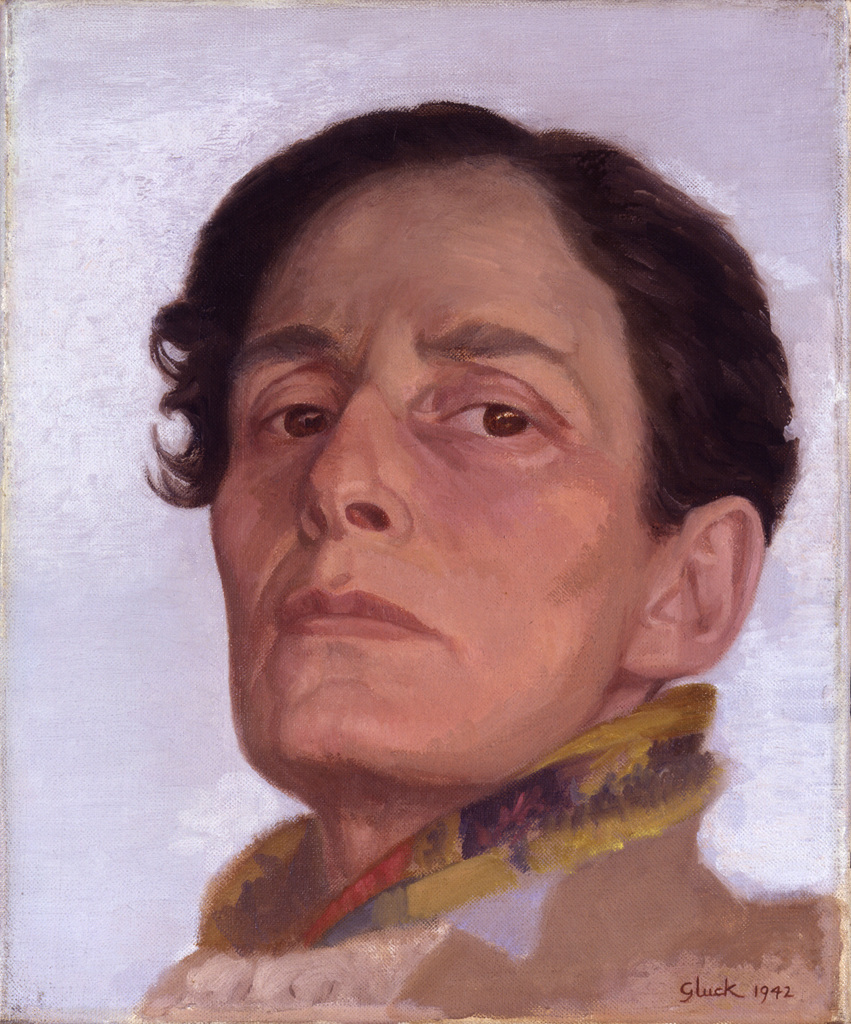 Compare the work of painters such as Egon Schiele or Henri de Toulouse-Lautrec (however lovely these works might be) to those of, say, the illustrator Gerda Wegener. Wegener was a Dutch fashion illustrator and artist, and wife of the transgender artist Lili Elbe, subject of the recent film The Danish Girl. Contrary to her portrayal in the film (the radiation treatments she ‘subjected’ Lili to were undertaken willingly in reality, and were thought to bring on the development of ovaries), Wegener was immensely supportive of her partner’s transition, funding the bulk of the surgeries and sending her flowers following her final surgery long after they had separated. Gerda was a talented fashion illustrator, but more interesting are her lusciously erotic illustrations depicting female nudes and lesbian sexual acts. The art deco style of the illustrations adds to the sense of feminine ecstasy in the drawings, as the women masturbate one another, inspect their genitalia in a hand mirror, or expose themselves to a swan. The charm of these illustrations is the sense of having been granted a peak into the private lives of women left to their own devices. Despite their almost fairy-tale sense of whimsy, the paintings feel authentic and realistic, perhaps because of Gerda’s first-hand experience of queer love.

Contrast these with depictions of lesbian activity between prostitutes by Schiele or Toulouse-Lautrec. The latter’s paintings are probably the most sympathetic; the women look sensuous and somnambulant (although obviously posed). Where Wegener’s women are confident and purposeful, Toulouse-Lautrec’s recline passively. In one painting, a woman drapes her arm over her forehead as though she has fainted. However Sapphic the context is supposed to be, these are clearly women functioning as objects of male desire. Schiele’s embracing women are even more disconcerting. Though his work is filled with distended and distorted figures, his depictions of prostitutes holding each other disturb for different reasons altogether. The bodies have softened, and the proportions are more recognisably human than those of his self-portraits – but the faces are noticeably ‘off’. These eyes are reduced to buttons; these exaggerated to dinner plates. Compared to his other paintings of female subjects, the lesbian couples’ faces are plastered in makeup; the only features matching the intensity of their lipstick are their vulvas and nipples, which they grope as though performing for the (male) viewer. Homosexual acts do not make a piece of queer art, especially when they are created for a heterosexual sensibility. In fact, as we’ve seen with Schiele’s girls, they can reinforce it.

The same fascination with lesbian sex that pervades pornography today crops up continually throughout art history. Does the male gaze negate the queerness in images of lesbian encounters? 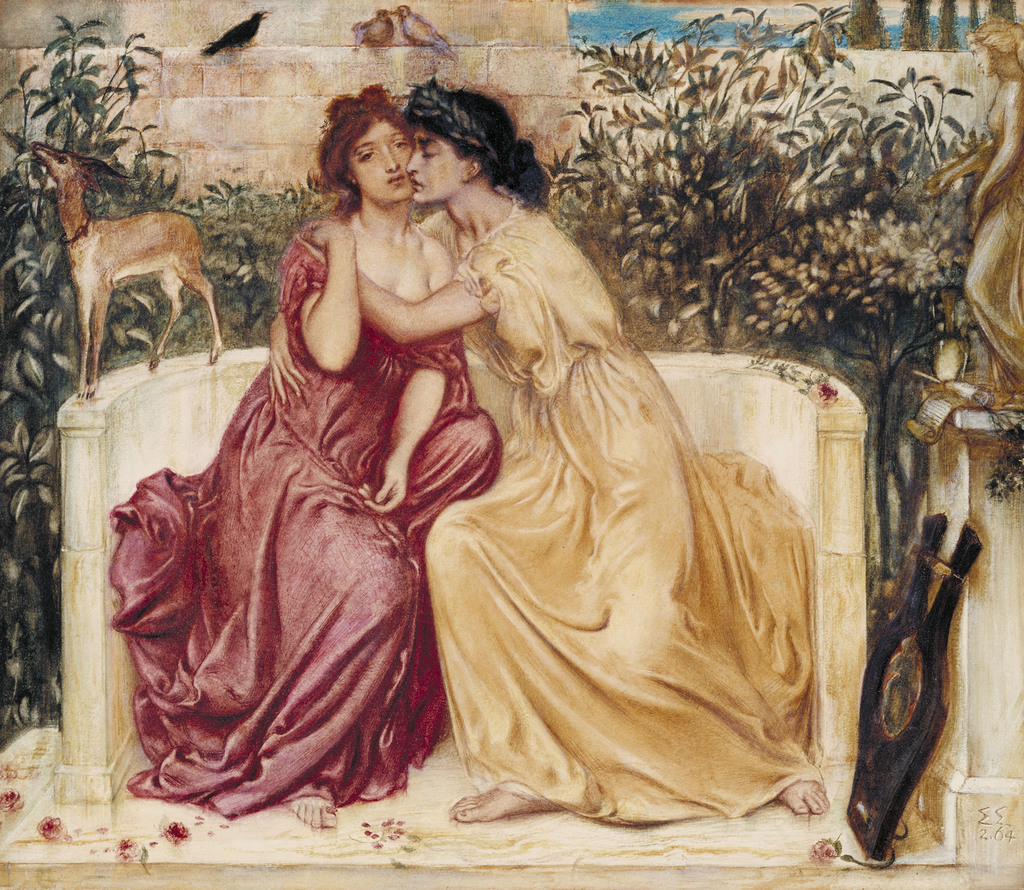 Tate seem to have ‘played it safe’, hugging the wall in selecting the work of queer artists to stand in for queer art, which is neither guaranteed nor precluded by the sexual orientation of its creator. Straight people create works imbued with queerness, just as otherwise queer artists can create art devoid of a queer element. Subject matter is not sufficient to ensure queerness, either. As with many things, it is easier to describe that which is not queer than to define what is. Clearly, there is a more complex interplay at hand between context, thematics, intent, and execution. I suppose the old cliché will have to stand in lieu of an answer: I know it when I see it.