Vulgar: Fashion Redefined at the Barbican 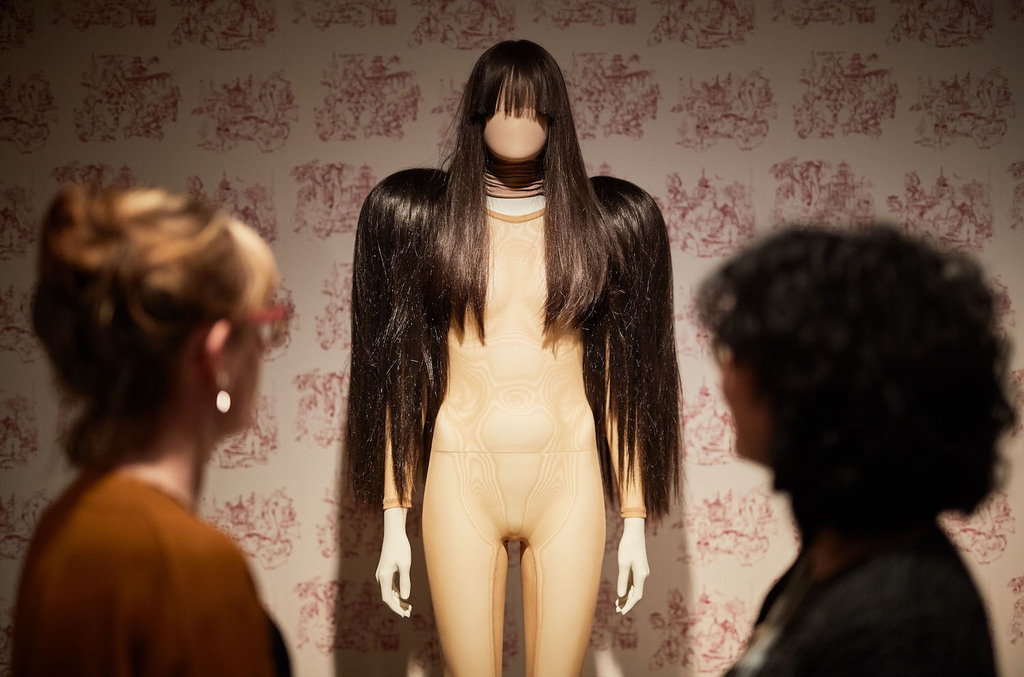 “Detachment, disinterestedness, indifference - aesthetic theory has so often presented these as the only way to recognize the work of art for what it is […] that one ends up forgetting that they really mean disinvestment, detachment, indifference, in other words, the refusal to invest oneself and take things seriously” - Pierre Bourdieu, Distinction, 1979

"Detachment, disinterestedness, indifference - aesthetic theory has so often presented these as the only way to recognize the work of art for what it is" 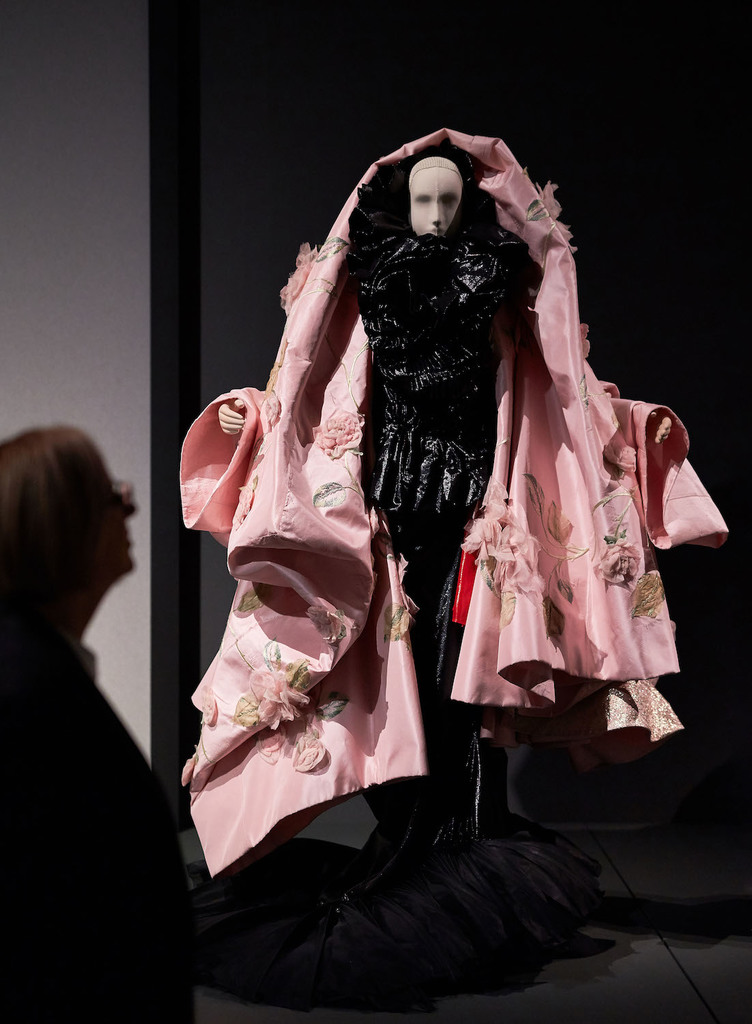 Across time and society, classes sneer up and down at each other across a gulf of resources, education, and the priorities that accompany their distribution: with this in mind, and equipped with all my privilege and cultural capital, I went to see ‘Vulgar: Fashion Redefined’, at the Barbican centre. Walking past crazy catwalk couture, I get the sense one can revel in the vulgar and thereby disarm it; so much of the word’s power as pejorative lies in its implicit dismissiveness, in its accusation that you have fallen off the tracks of acceptability. The designers of the most current pieces on display seem to have leapt with glee rather than stumbled; there’s a post-modern knowingness in pieces like Anna Piaggi’s inflatable lips hat which deflate the pompous accusation, ‘Ugh, how vulgar’ – should anyone dare to level it. 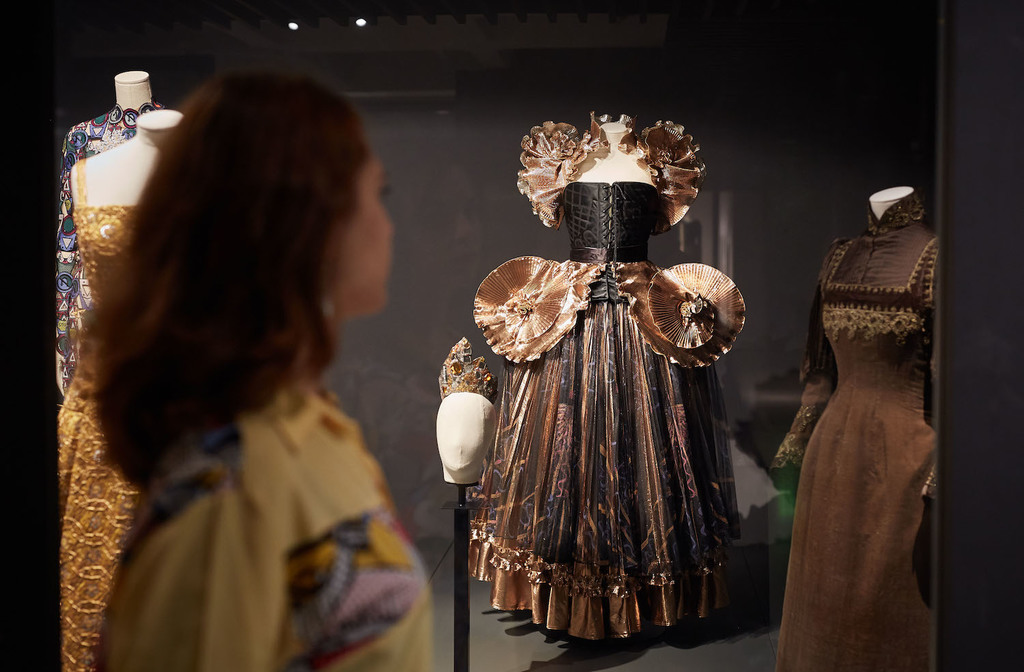 Taste is most vehemently affirmed by what it rejects, and extracts from ladies’ conduct books, peppered throughout the exhibition, remind us what vulgarity is pushing against. They warn explicitly against showiness and extravagance; ironically, their rigid rules – concerning everything from when to take off one’s gloves at a dinner party to the right kind of handkerchief to bring on a picnic – read as quaint, a little insane and certainly naïve, implying the author’s belief that there is a formula for propriety. Of course, there is – but it’s as arbitrary as anything else, varying between cultures and time periods as much as within smaller communities, and that’s what these books, with their strange self-assuredness, remind us; taste is constantly in flux. “You might have the most costly attire […] and yet be far from well dressed”, one cautions, laughable and prudish next to the flamboyant joy of ruffles, organza and feathered boleros. 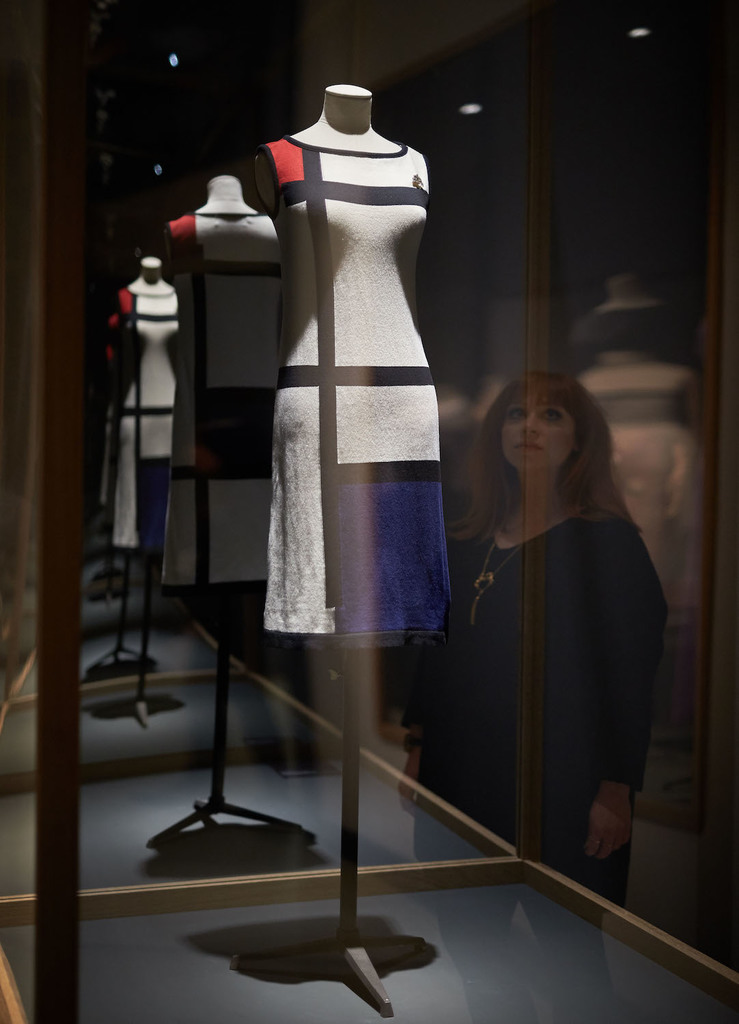 The exhibition offers lots of alternative definitions, or facets, of vulgarity, and the first (chronologically, at least) seems tied to mass production and singularity: ‘The Popular’. As soon as everyone can have something, the elite can’t bear to be seen with it. After the industrial revolution, for example, fans once decorated by hand and reserved for society’s richest women could be replicated for a fraction of the price; immediately, the style became unfashionable. We want to believe in ourselves as unique, while at the same time safely within the bounds of acceptability; social and selfish creatures both. 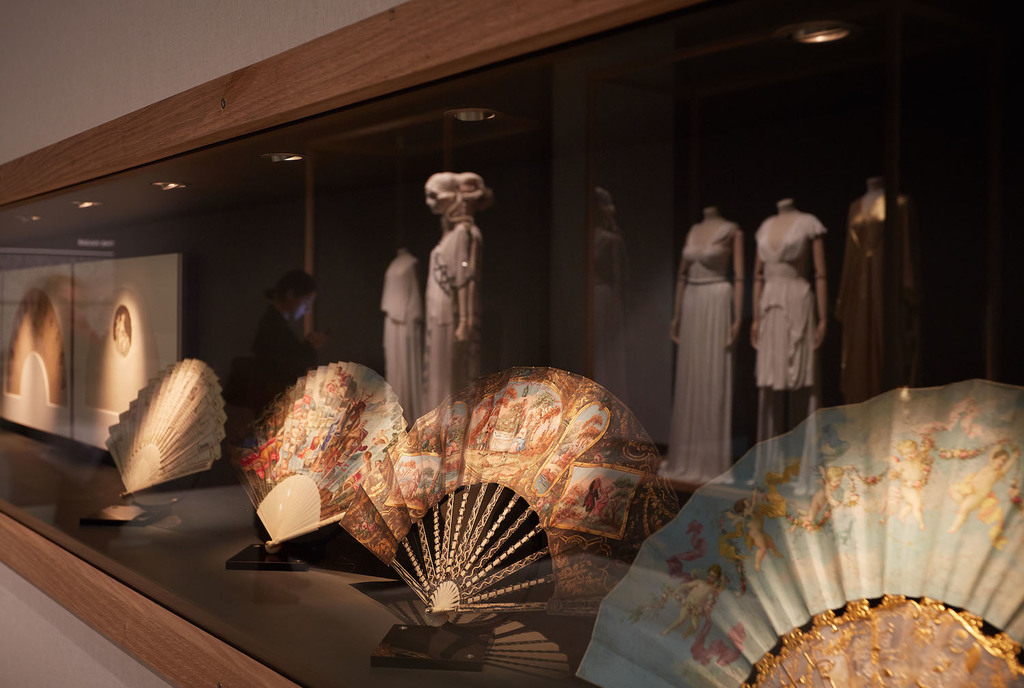 ‘Vulgaris’, in its first usage, means common: of the people. Vulgarity and good taste slip into one another, especially when it comes to fashion. Think of the current plight of the hipster – yearning to stand out while at the same time trying to look like anything so frivolous as fashion were the last thing on their mind. Pieces once sourced from Grandma’s wardrobe or French flea markets were quickly approximated across the high street, and so what was once unique is ubiquitous, literalising the insouciant ‘oh, this old thing?’ Every movement has its moment – to shock, excite, and then to become part of the system it once railed against. Pieces once considered vulgar for their outlandishness by some are now considered vulgar for their omnipresence. 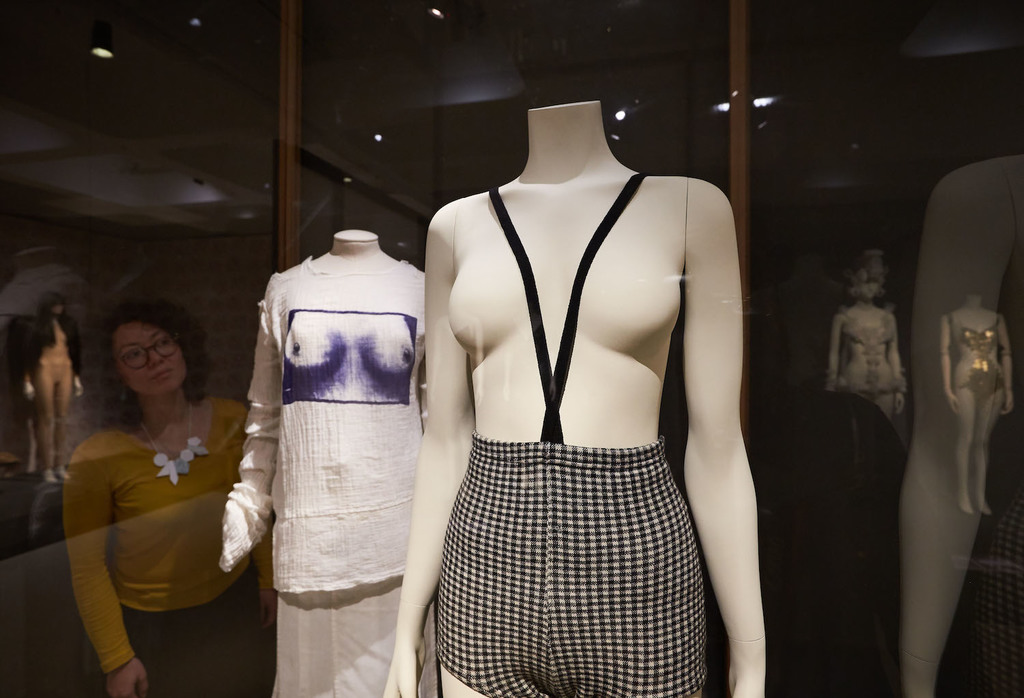 “In matters of taste, more than anywhere else, all determination is negation”, writes Pierre Bourdieu in Distinction, 1979. Declaring something vulgar means asserting one’s own taste by rejecting that of another. More than that, it depends on where you’re speaking from; saying, ‘I find bikinis vulgar’ would tell you far more about me than it would about bikinis. Bourdieu theorises that the reactions of different classes to works of art – literature, music, painting – involve degrees of critical distance directly correlative to their standing in society’s hierarchy. In short, the more privilege an individual has, the more detached their analysis will be. Although the definitions of ‘good taste’ (and therefore vulgarity) are constantly shifting from era to era and even clique to clique, the same exclusionary agenda is always at stake. Taste, however it is defined, is as much about snobbishness and ideas of propriety as it is about a feeling for beauty. It is often rooted in the ugliest parts of ourselves – a desire to feel superior, singular and refined – rather than any sincere appreciation for the aesthetic: “bad taste is only ever committed by other people”. 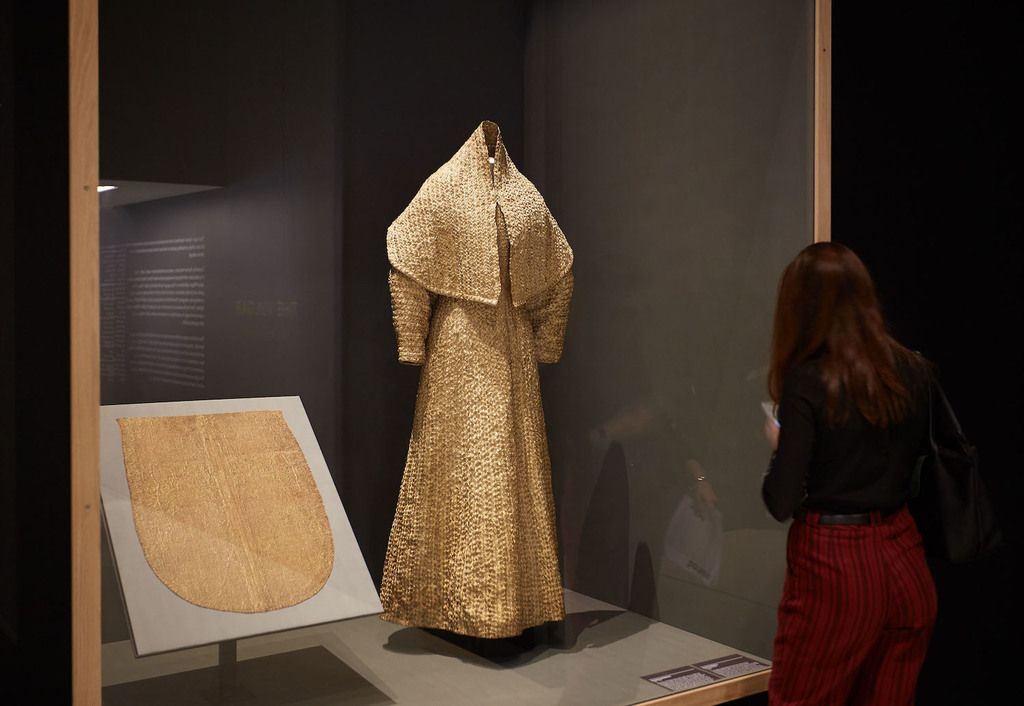 There is no arguing about taste, says the old maxim. Taste is unaccountable – or is it? It’s tied to the things that make us feel the most ourselves – class, expression, language, fashion and sex. It can govern every sphere of life from the food we eat to the friends we have. Various thinkers have tried to compose formulas for what might constitute ‘good’ taste, or at least account for the preferences of the masses, but a full investigation would require a survey, sociological and psychological, of all human history. Bourdieu arguably gets the furthest, conducting the largest study of taste and class to date. For someone studying something so nuanced and subjective, his book is full of statistics, tables and graphs; he really has done his best to quantify the qualitative. Although concerned with France and first published in 1979, the peculiarities of his sample group aren’t enough to obscure some universal truths which still apply to the here and now. It becomes clear that ‘good’ taste (the taste of the intelligentsia) is about objectivity, context and coldness; ‘bad’ taste (that of the working classes) relies on the subjective, immediate and emotional.

The divide in taste which Bourdieu finds in his survey of the class system could be distilled into preferences for form and function alternately. What would Bourdieu’s Parisian manual worker make of the haute couture gowns on display at Vulgar? Would they admire the copious labour, the thousands of hours and stitches applied by hand, or would they shake their heads at a piece of clothing impossible to move further than the length of a runway in? What are these clothes for?

Taste is tied to the things that make us feel the most ourselves – class, expression, language, fashion and sex. It can govern every sphere of life from the food we eat to the friends we have. 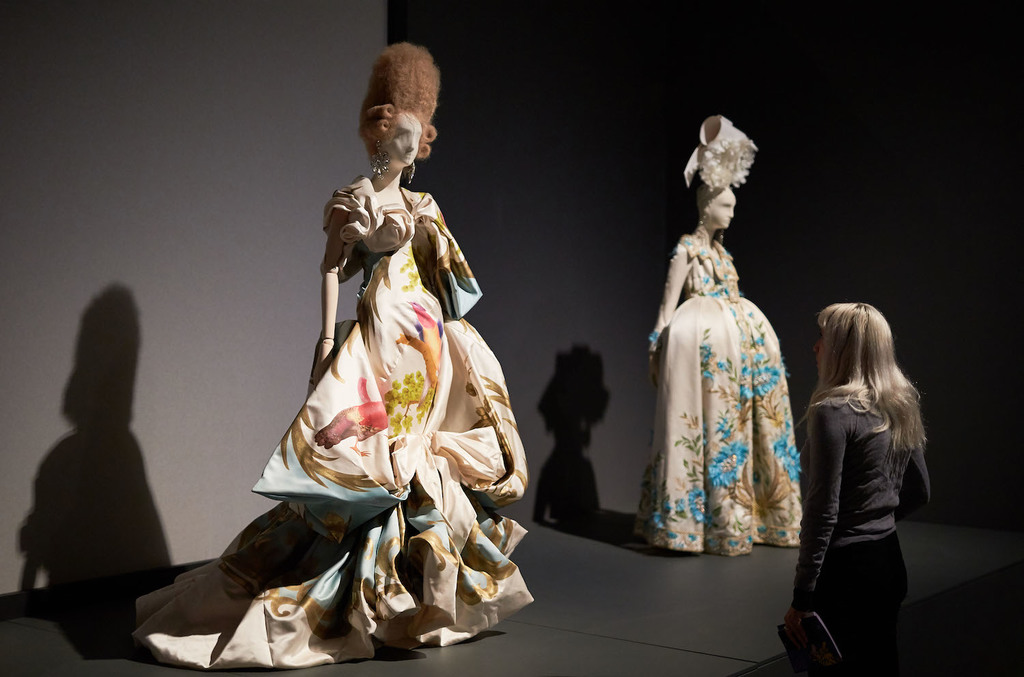 Even asking the question would prove a fundamental ‘not getting it’ – at least, according to those who do. These dresses exist for even less than beauty; they exist for art: art for art’s sake is perhaps the logical end point of current ‘good taste’. Not everything on display has such a louche agenda; I consider the Court Mantua dresses, with skirts heavy enough to prohibit walking, too wide to let the wearer pass through a doorway. Vulgar in their opulence, they had a clear purpose: to advertise the wealth of the wearer, the luxury of a life where she hardly needed to stand, let alone work. 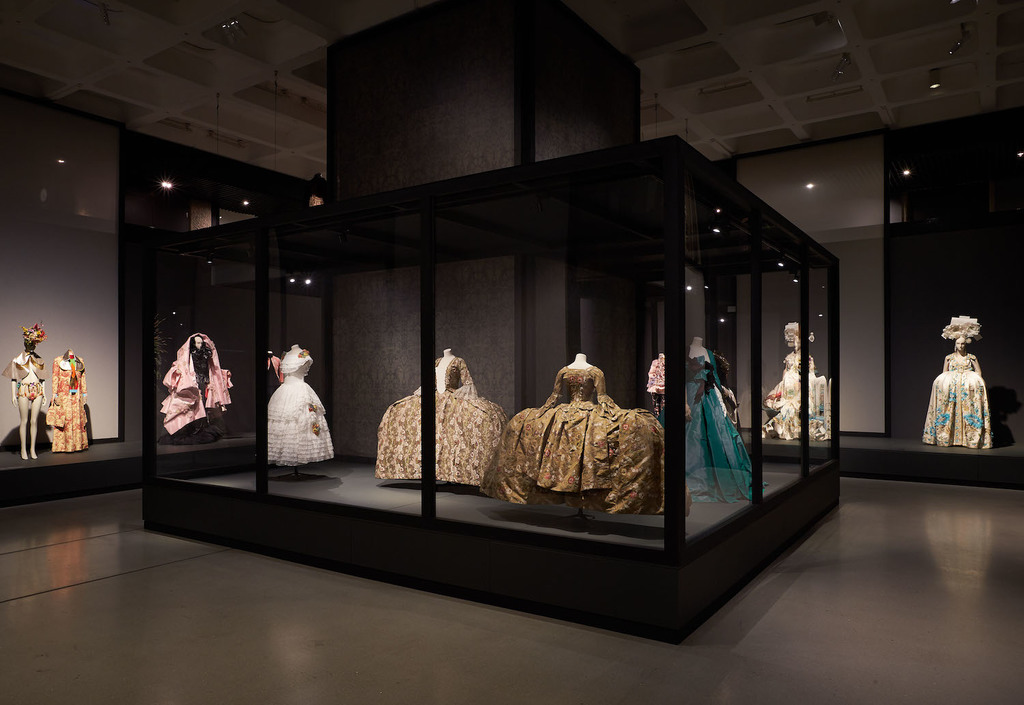 Each piece had its own function once upon a time, and reflects the society which birthed it. Moving through the exhibition, you can almost see the cultural movements unfold before your eyes – here is punk, here are the industrial and sexual revolutions, here is post-modernism. Each a scandal in its day, now subsumed by the taste of the establishment. After all, here they are, displayed side by side and behind glass having befallen the fate of any movement outside the status quo if it’s given enough time. Taste is not formed in a vacuum; quite the opposite, in fact. Vulgarity is tied to morality in its emphasis on extremity, indulgence or abstinence, high kitsch or the minimalism of YSL’s Mondrian dress, nudity or adornment. Often, two ends of a spectrum are drawn together to confuse both – Vivienne Westwood’s ‘Eve’ costume, made primarily of skin-coloured lyrca, invokes nakedness and innocence at once. Gareth Pugh’s ‘Coin’ tops are decorated, variously, with red sequins and copper coins. From a distance, either material might be mistaken for the other, evoking garishness, opulence, poverty and plenty all at once. Vulgarity is threatening in its refusal to adhere to the mores which keep society ticking along, in its ability to simultaneously embrace and dismiss concepts taken facetiously at face-value. 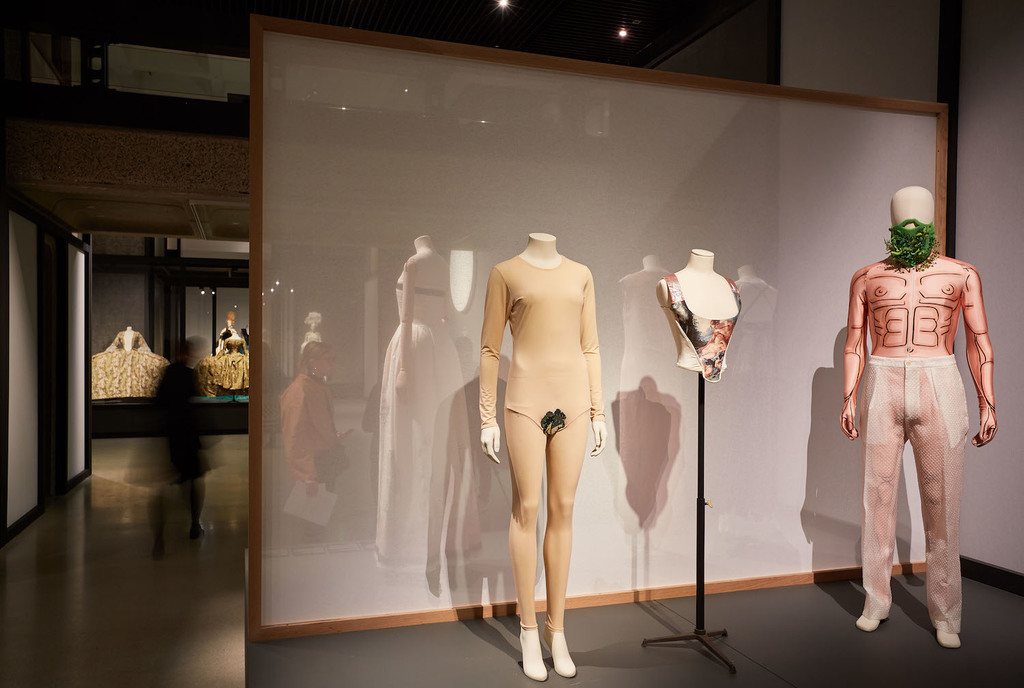 If good taste is detachment then the vulgar is joyful, parodic investment. Adam Phillips, psychoanalyst and co-curator of the exhibition, calls vulgarity ‘a secret compromise between good and bad taste.’ I’d call it an antidote to the warning thrown at the poor, the female, the other: ‘stay in your lane’.