"Hidden in a smokescreen of cynical double-talk and pious moralising, the shape of the future is nevertheless clearly discernible. Cuts in social spending, including unemployment benefits, mean that the conditions under which they must endure their enforced idleness will rapidly deteriorate to become an intolerable burden, the consequences of which will be enormous. Society has withdrawn its contract from these young people, can they now be expected to live by its rules?"

"Hidden in a smokescreen of cynical double-talk and pious moralising, the shape of the future is nevertheless clearly discernible." 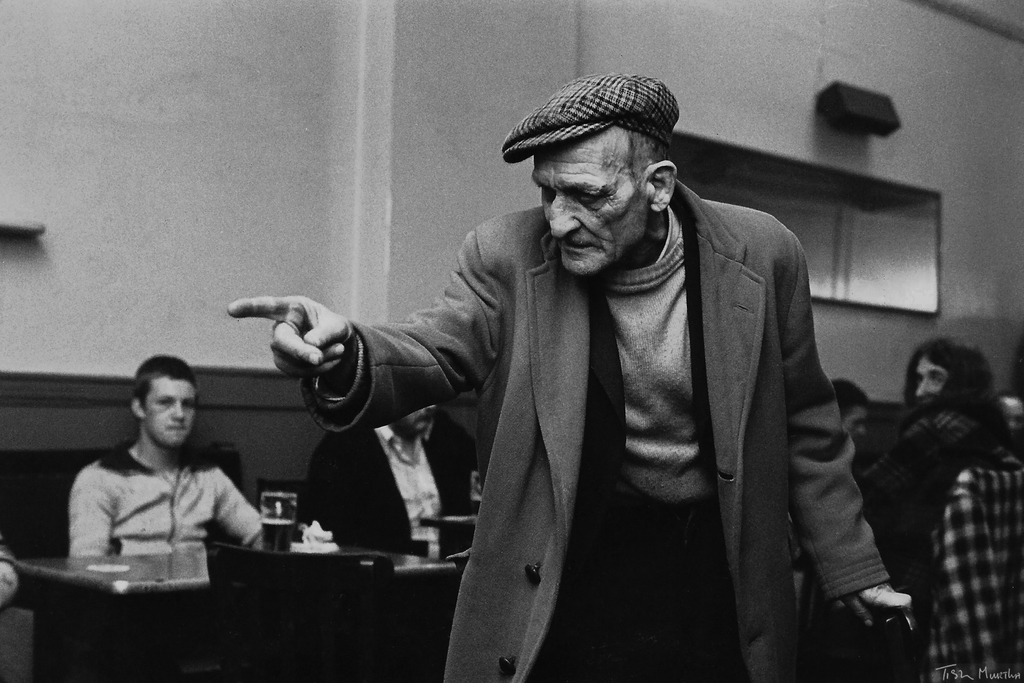 In May 1980, the photographer Tish Murtha penned a powerful essay detailing the plight of unemployed youths in her home city of Newcastle. Across five typewritten A4 pages she outlined the energy-sapping routine of life on the dole and the infrequent, temporary stints in ‘youth opportunity’ schemes that punctuated it. This was a time of serious economic difficulty and uncertainty in the UK. The country had been rocked by depression in the 1970s and had been under new government for a year: Thatcher’s efforts to curb inflation came at a great cost to the North East and other industrial regions as mines, shipyards and factories closed in the face of strengthened competition from overseas. Murtha had grown up among the working class families whose livelihoods depended on these industries. In 1976, when she left to study photography in Newport, many among her friends and family stayed behind to seek work that simply wasn’t available. In 1979, at least 1,100 young people in Newcastle’s west end were out of a job. 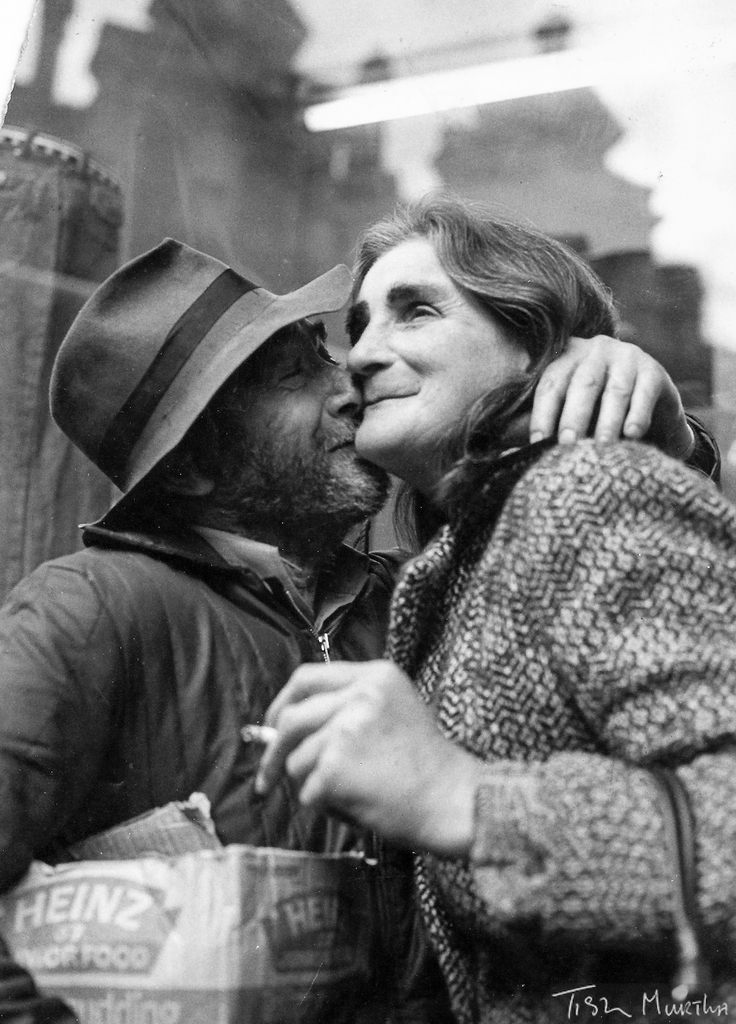 Murtha’s text, which you can read in full at The Photographers’ Gallery in London until 14 October, concisely describes the sense of frustration and powerlessness endured by the long-term unemployed. But it is her photographs that really bring their predicament to life. On her return from Newport she embarked on a project called Elswick Kids (1978), a set of photographs recording the daily hangouts of children and adolescents on the deprived city estate. The series Juvenile Jazz Bands followed a year later, providing alternately funny and poignant insights into the youth bands that formed a core part of local community life. In 1981 she completed one of her most powerful series, Youth Unemployment, which her essay was written to accompany and whose images were discussed, along with the text, at the House of Lords that year.

Formally and emotionally, these are striking works – empathetic, skillfully executed, and packed with telling details. One photograph in Elswick Kids depicts a schoolgirl jumping up and down on the bonnet of a rusting abandoned car. Another in Youth Unemployment shows boys, scruffy and unsupervised, leaping from an unglazed first-floor window onto a pile of grubby mattresses. In the same series, a young woman is photographed perched on a dilapidated armchair in the middle of a communal yard, lost in her own thoughts. Murtha’s photographs portray a community stranded in the economic doldrums, with little option but to wait and hope for change. And while she doesn’t tell a sob story with her photographs – many focus on moments of camaraderie, friendship and support – neither does she gloss over the damage. One particularly affecting image shows a young woman facing the camera with a defiant stare, her bare, crossed arms riddled with self-inflicted scars. This is Pat, a 20-year-old single mother who, after trying and failing to find regular employment, turned to prostitution to pay the bills. 'When the pressures of earning her living intensify', Murtha notes in her essay, ‘she swallows her prescribed tranquillizers and then slashes her arms with nails, razors and knives. She finds it hard to give specific reasons for this behavior, but "It seems to help at the time".'

Seen in the clean, smart surroundings of The Photographers’ Gallery, just a street away from the consumerist bustle of Oxford Circus, these stark black and white images of Britain’s industrial decline can seem a long way off – as close to depression-era photographs of the 1930s as they are to today. 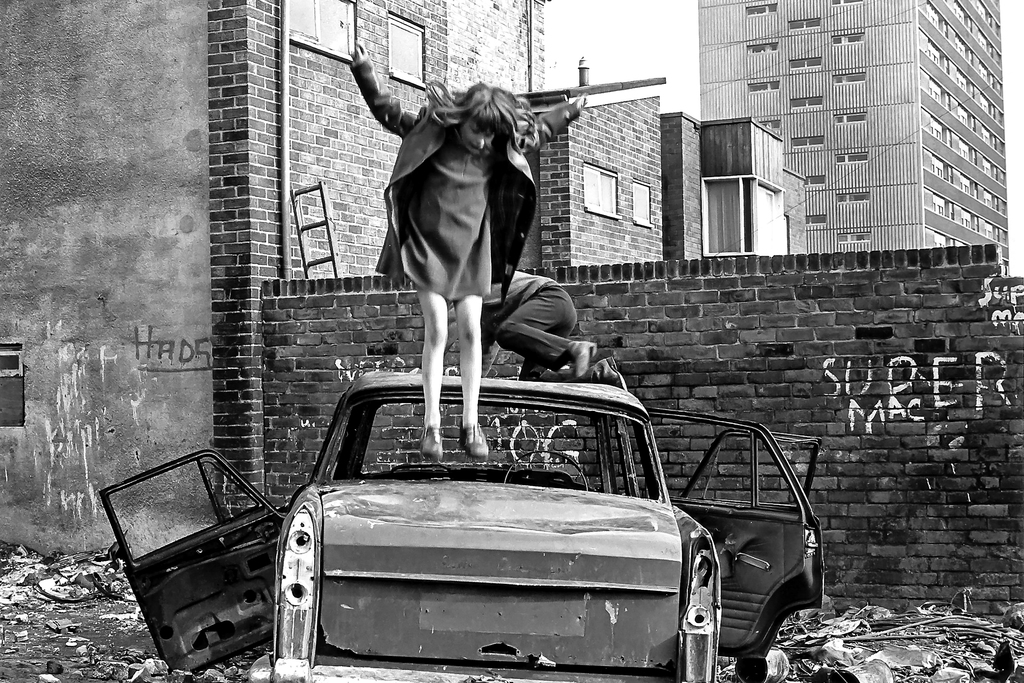 Seen in the clean, smart surroundings of The Photographers’ Gallery, just a street away from the consumerist bustle of Oxford Circus, these stark black and white images of Britain’s industrial decline can seem a long way off – as close to depression-era photographs of the 1930s as they are to today. But in other ways they are startlingly, worryingly topical. Cuts in social spending; temporary, insecure job opportunities; widespread economic anxiety; the north-south divide; torn-up social contracts; a generation left behind; a Tory government engaged in bewildering double-talk… how many of these topics are back on everyone’s lips today? The North East voted overwhelmingly for Brexit in 2016 (although Newcastle narrowly backed Remain). Among the commonly cited reasons were anger at the apparent indifference of the government and the country’s elite to the needs of the region, which suffered disproportionately during the 2008 downturn just as it did in the 1970s and ‘80s, and rising immigration. The latter issue is another longstanding one: from 1987 and 1991, Murtha returned to Newcastle to address immigration and racism in another powerful series called Elswick Revisited. In between, she’d moved to London to document the daily lives of sex workers, another marginalised community chronically lacking in recognition and support. 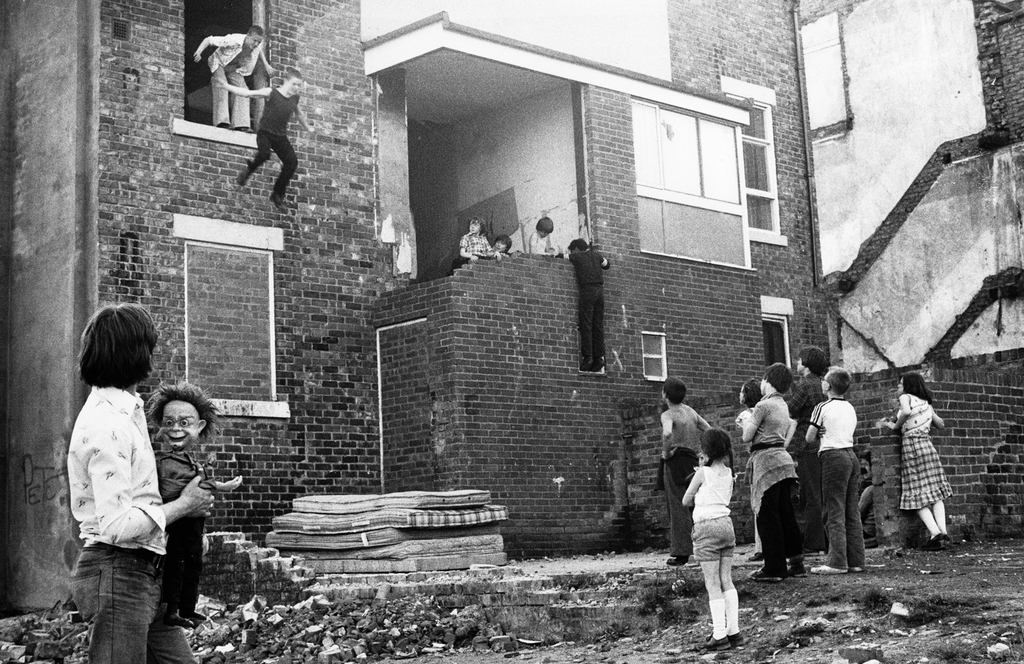 As the country negotiates another period of uncertainty, it remains the case that those who will bear the brunt of social and economic upheaval are also the least equipped to shoulder it: the young, the working class, women, single parents, ethnic and other minority groups, the ill, disabled, and unemployed.

It’s simplistic and misleading to draw too direct a parallel between the economic and social problems of the 1980s and those of today, but we certainly seem no closer to resolving some of the issues at their heart. As the country negotiates another period of uncertainty, it remains the case that those who will bear the brunt of social and economic upheaval are also the least equipped to shoulder it: the young, the working class, women, single parents, ethnic and other minority groups, the ill, disabled, and unemployed. At the heart of Tish Murtha’s work is a quality increasingly lacking in today’s society: empathy. Too often, the discourse around politics and social problems is polarized and damagingly simplistic. ‘Hardworking families’ are pitted against ‘scroungers’, ‘immigrants’ against ‘locals’, north against south, young against old. Murtha didn’t photograph the people she came across to score a quick political point; she knew them, lived with them and spent a lifetime speaking out on their behalf. Forty years on, her photographs still have a lot to tell us about our country and the people waiting impatiently for it to change. 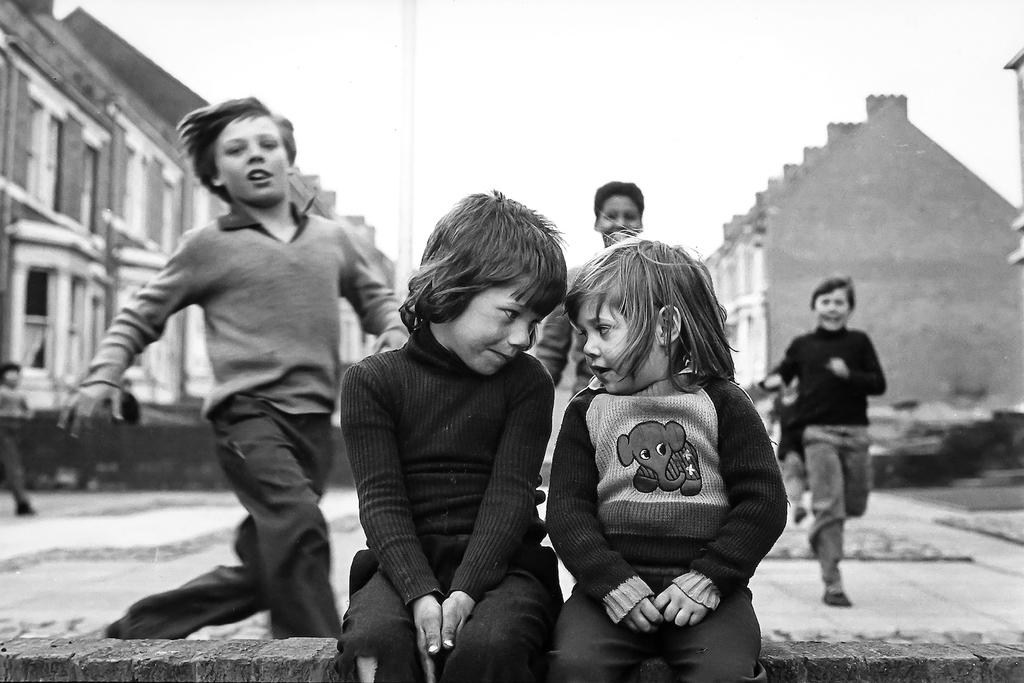