Through The Looking Glass: Brooker's Bandersnatch

It was only a matter of time, I suppose, before someone made something like this. Rumours about a Choose-Your-Own-Adventure episode of Charlie Brooker’s Black Mirror have been circulating for as long as precisely that has been in production – 2 years, gleaning five hours of finished material to be consumed in more than a trillion different configurations over anywhere from 40 to 90 minutes.

It’s enough to give you an existential crisis, or at least a headache, but it’s a pretty fabulous achievement – and it’s most exciting when we’re standing on the threshold of the fiction as it spins itself. 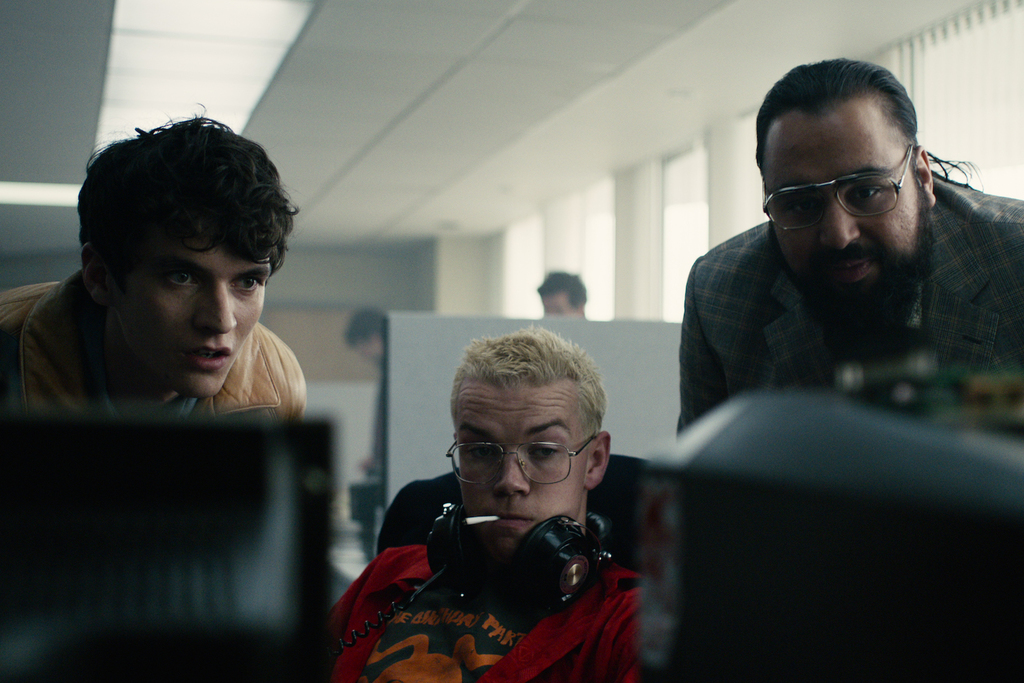 This is Bandersnatch, an episode(? Film? Insert New Word Here?) which asks the viewer to direct its protagonist like an interventionist God. Some of our choices are banal – Frosties or Sugar Puffs? Which cassette tape for your Walkman? – and others are anything but: jump off a balcony, or…? On the one hand, geeky, gamey, soulless; on the other hand, the revelatory and excruciatingly ambitious birth-of-a-hybrid-genre which grapples with some of the most profound and uncomfortable questions about our very existence. No, seriously – Brooker’s protagonist Stefan (Fionn Whitehead, Dunkirk) is playing out the limits of free will, our illusions of autonomy and mental illness/wellness, all within a kind of meta-story you’re directing about his quest to make a video game concerning the same issues. It’s enough to give you an existential crisis, or at least a headache, but it’s a pretty fabulous achievement – and it’s most exciting when we’re standing on the threshold of the fiction as it spins itself.

We’re introduced to the rhythm of Stefan’s world and our role in it pretty quickly, prompted off the bat to make two easy choices without consequence (breakfast, music, I see where you’re going with this) before stumbling. It’s 1984, and Stefan’s on his way to pitch a video game (Bandersnatch!) to the studio where his idol (Colin Ritman, Will Poulter) works. This is Very Exciting, and so when the firm’s director picks up our protagonist’s project and offers to assemble a team to help him work on it in their office, we (via Stefan) jump at the chance. At least, I pressed ‘accept’ – thereby hurtling down Bandersnatch’s first shortcut to nowheresville, each signalled by a flash-forward where the video game is released and reviewed to varied acclaim by TV presenters with bad haircuts. Taking the seat in the office was a mistake, we learn; the game feels “designed by committee”, “rushed”. Right. As in real life, the ‘responsible’ decision is not always a guarantee of a good outcome. As in real life, ‘bad’ decisions don’t necessarily have the worst consequences; Bandersnatch’s starkest demonstration of that nasty truth unfolds when you choose to dismember a corpse rather than bury it (rock and a hard place, eh), which is followed by the ‘best’ flash-forward review of all – 5/5! Didn’t bad behaviour use to have consequences…? 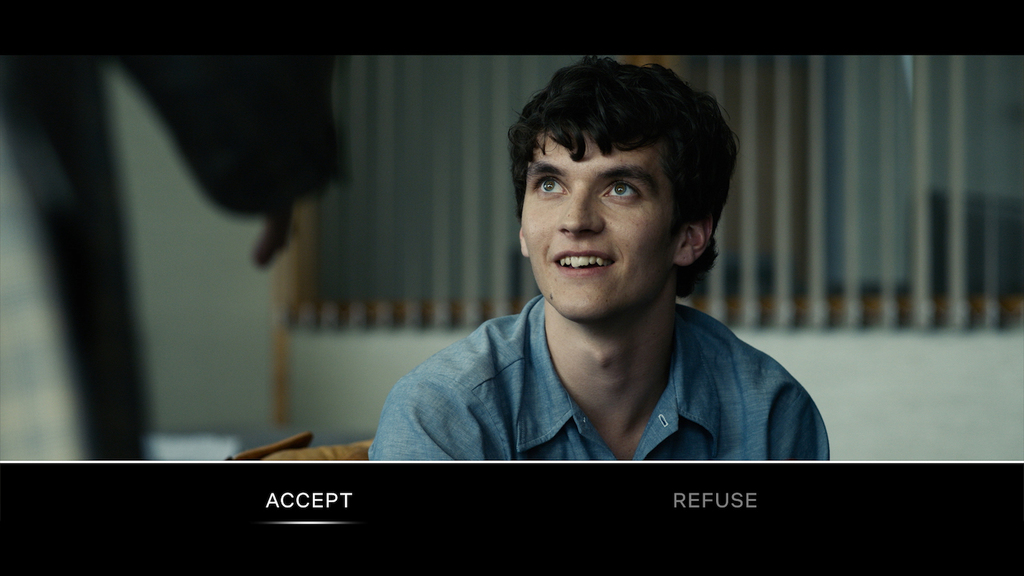 Nope. Amidst the meat of the story, it turns on its own pivot: Stefan begins to sense the interventions, and your responsibility for him induces his anxiety in you. We’re implicated; if you’re looking for a relaxing hour or two of story to unfold without your involvement (to be fair, that’s any other film or television series) Bandersnatch is not for you. It’s much more like real life than the escapism we’re used to finding on the sofa, both uncomfortably and thrillingly so. Brooker’s Black Mirror is practically its own genre by now; after 4 series whisking our phobias about surveillance with an increasing reliance on technology, the claustrophobia of contemporary connectedness with a bleak view of human nature, one doesn’t expect anything cheerful from Charlie. Bandersnatch is a concept piece, wherein that old adage – the medium is the message – is taken to a literal conclusion.

The real terror of it all, outside as well as inside the screen, is that there’s no way to know. At least in Brooker’s Bandersnatch, we’re afforded the luxury of going back to forks in the road where ‘left’ would have delivered us home, ‘right’ off a cliff. Try, try and try again. Stefan, though, is dealing with a much more profound example of determinism, likely to chime to lesser or greater degrees with the viewer depending on her worldview. Haunted by his mother’s death, he ruminates on how, aged 5, he caused her to miss her usual train – and board a later one which derailed – by looking for a beloved soft toy rather than going with her when she asked. It’s enough to drive you crazy, and certainly plenty for Stefan. The line between delusion and reality is deliciously blurred when we’re given the option to break through a 4th (5th, 6th?) wall and tell the character that we’re watching on Netflix that we’re watching him on Netflix. Cue breakdown – and a new resonance for viewer culpability, injected into a cultural landscape already saturated with surveillance and livestreaming, where an ill-advised status update can blow up your life. This is Black Mirror gleefully eating its own tail, wherein the illusion of free will is rendered uncomfortably stark.

Released on December 28th, Bandersnatch encapsulates and processes the immutable sense of powerlessness which the political arena – Trump, Brexit, #MeToo – induced in many of us during 2018, and articulates something as yet unvoiced: new thinking for a new year. 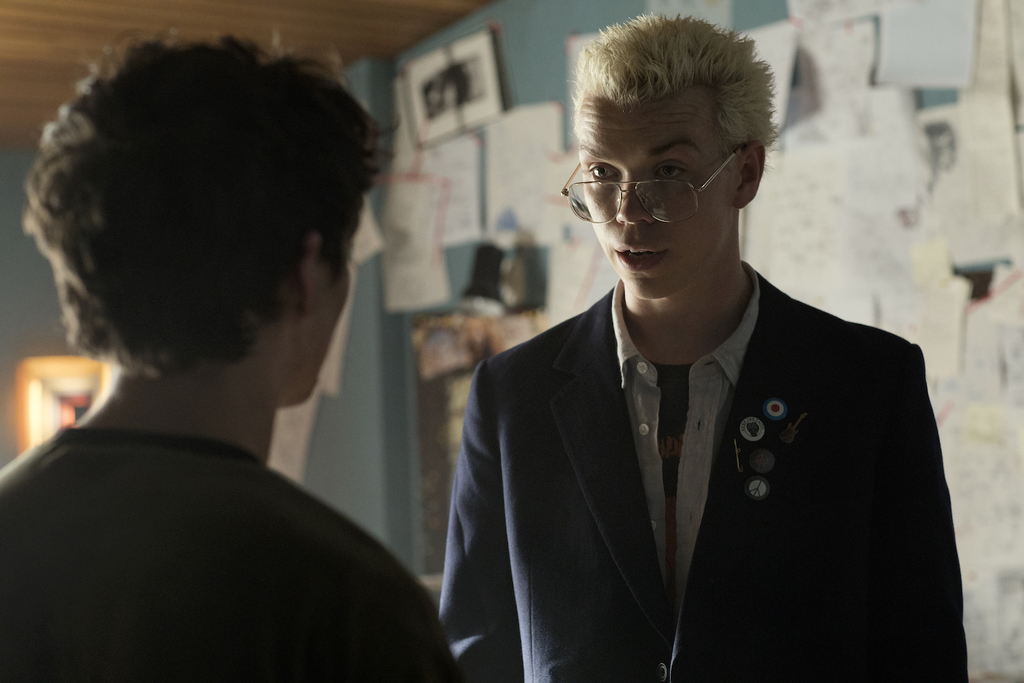 Teething problems – acting’s weird when your performance has to anticipate a dozen motivations depending on what gets clicked, and characters/scenarios are more like fables than 3D plot devices – are eminently forgivable here, if you see Bandersnatch as the pioneer of a new type of entertainment. All things considered, it’s remarkably smooth sailing as far as the technical aspects are concerned. That being said, the story is the story; the danger of going the ‘wrong way’, only to have proceedings wrap prematurely or unsatisfactorily, is the point (or one of many, considering the number of ‘endings’ Bandersnatch accommodates). Neat narrative is passed over for the triumph of what’s been realised here – and not a moment too soon. Released on December 28th, Bandersnatch encapsulates and processes the immutable sense of powerlessness which the political arena – Trump, Brexit, #MeToo – induced in many of us during 2018, and articulates something as yet unvoiced: new thinking for a new year. There’s a different brand of ethics emerging, both in and via pop culture, and Brooker’s latest offering is a disarmingly compelling paradigm for its versions of ‘right’, ‘wrong’ and ‘neither’. God is dead, governments are corrupt and idols are monstrous. The idea that one could ever choose-their-own-adventure is a fairy tale we used to tell; pick Black or White, and get Grey. 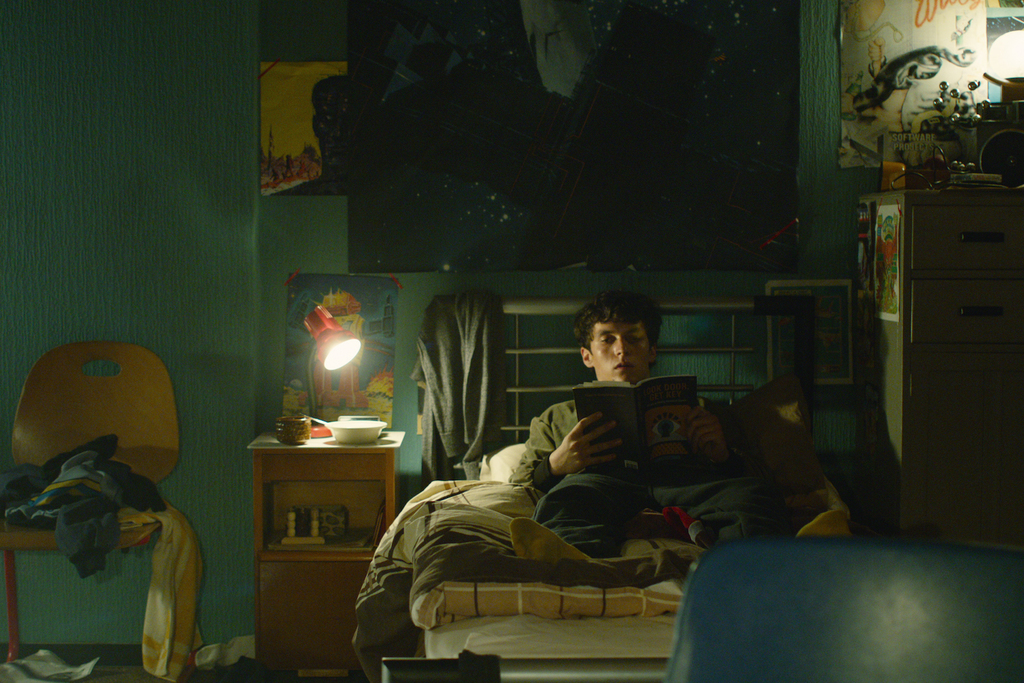