It’s not often we go into an hour of television worried we will feel too much, be too close to the characters and their struggles; all too often, it’s the opposite — we’re concerned we won’t be moved, ‘It left me a bit cold’, ‘The characters didn’t seem believable’. Prior to watching ‘The Virtues’, I’m a little nervous, because I’ve come to view Shane Meadows’ work as hard to watch. When we talk difficulty in film-making, what comes first to mind is the experimental auteur, whose truncated set-pieces and out-of-joint narratives and fourth-wall breaking strain our attention. But there is of course that other kind of difficulty, the one that strains our heartstrings.

So begins a last supper of sorts (the title font uses a crucifix for the T in ‘virtues’): Joseph’s ex and her new partner, David, are moving to Australia with Joseph’s nine-year-old son. 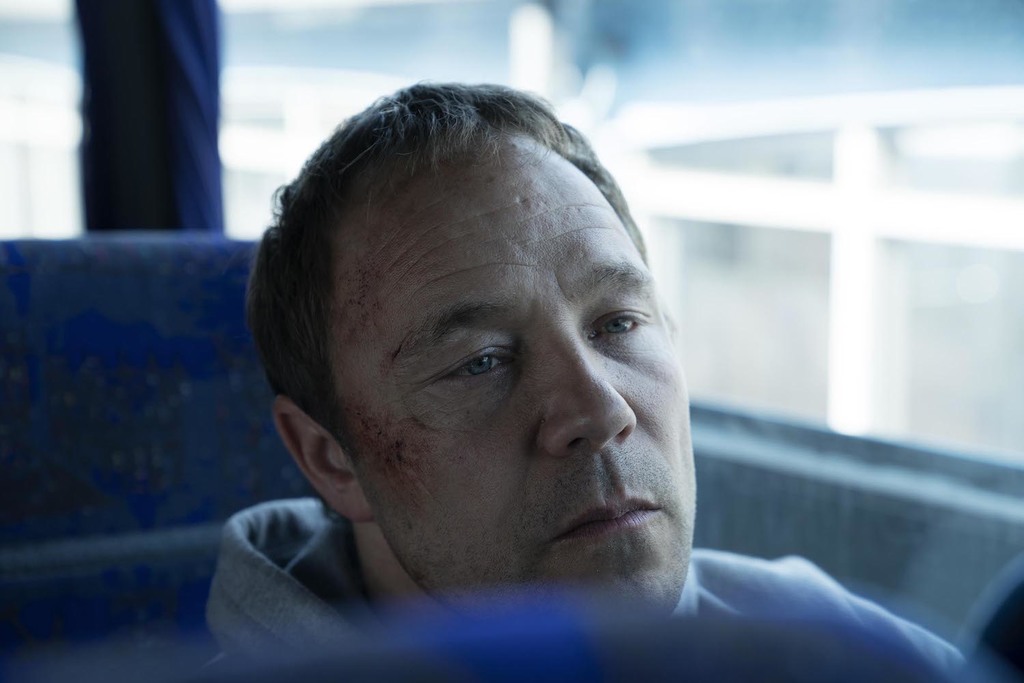 ‘The Virtues’ opens on a medium close-up — a hallmark for Meadows. Notice the micro-expressions. The bored, basset-hound wrinkle of the brow. How slack the cheek resting on a paint-flecked sleeve. This is Joseph, watching suburban houses, trees, lampposts pass by, while his workmate bangs on about how knackered he is. ‘Up five times last night, bottle feeding. She won’t do it. She’s too posh to do it.’ He might well be tired, but Joseph is a man who looks completely consumed, wrung out by life. Perhaps it’s the dialogue — naturalistic, banal, explicit; perhaps it’s the view of the two men from the backseat, Joseph leaning away; perhaps the drab colour palette — of Britain, of British social realism — but when the van pulls up outside a block of council flats, and Joseph gets out of the car, you half-expect a voiceover to start in, such is the impression you’re watching documentary. But we know we will not be allowed the brief reprieve of a voiceover, when there’s conflict, drama, tears. 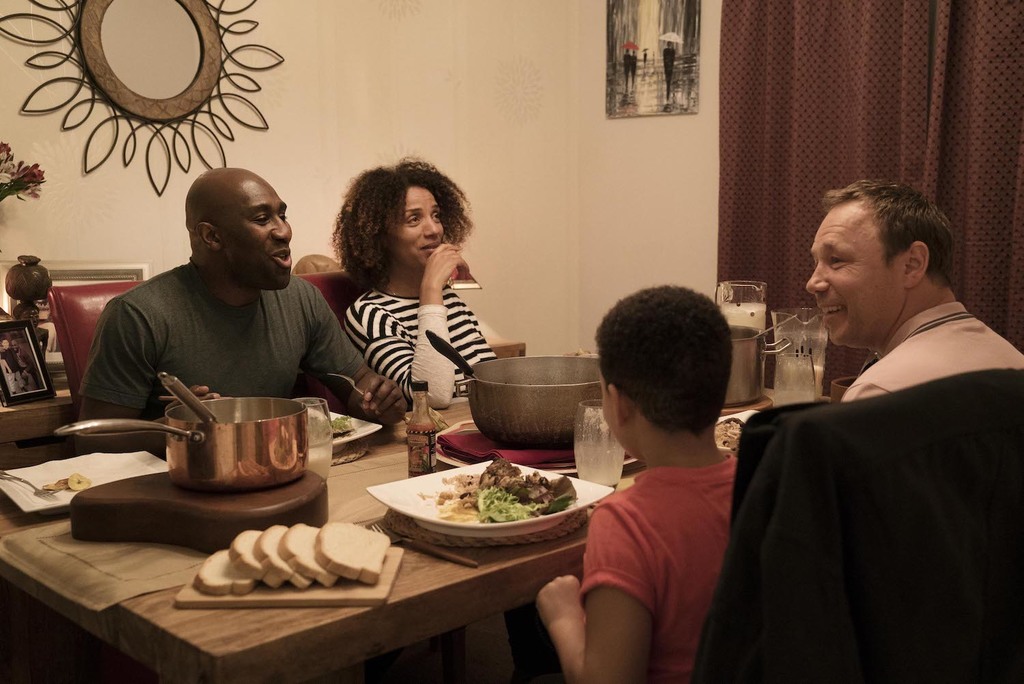 During the credits, we follow Joseph as he walks past rusted railings, wagging spikelets of overgrown grass, train tracks, and a loneliness of streetlights standing sentinel, the day turning to dusk. PJ Harvey’s score has violins whining Hans Zimmerishly. When Joseph reaches a house, inside the light is warm by contrast, wholesome. So begins a last supper of sorts (the title font uses a crucifix for the T in ‘virtues’): Joseph’s ex and her new partner, David, are moving to Australia with Joseph’s nine-year-old son. Again, in tight close-up, with dialogue that would sound platitudinous were it not so fraught (‘So how’s work?’ ‘It’s good,’ Joseph replies, ‘good, really good,’ saying good like a word that should tug a man back from a precipice) Joseph sniffs back tears. ‘Sorry, I said I wouldn’t do this. Cheers anyway,’ he says, raising a glass of milk.

In the pub, later that evening, Joseph sips at his pint, like a cup of tea that might burn him. Placing it back on the table, he involuntarily strokes the side of the glass with his thumb. 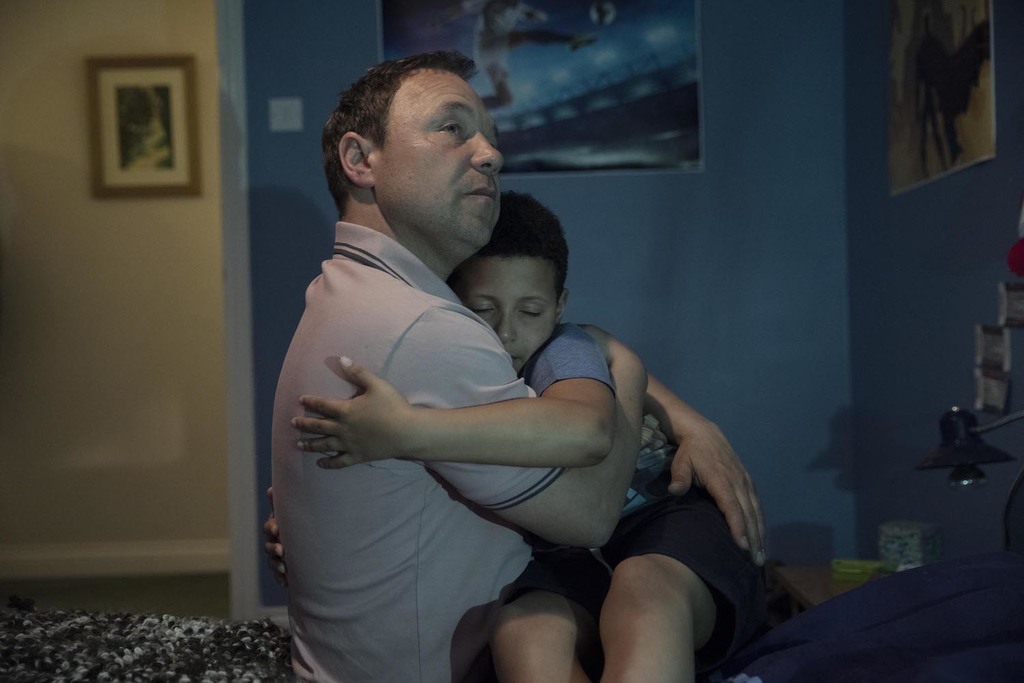 After dinner, Joseph lies on his son’s bed, and explains, gently, generously, ’I don’t mind, you know, if you wanted to call David dad.’ The line sums up his attempt to take himself out of the equation, reassuring his son that he doesn’t have to worry, and he’ll always have his father’s love. He wants to give his son the best shot at happiness in his new life. It’s a soft, sad scene, but with catharsis suspended by a creeping sense of disquiet, a man on the brink; instead, relief is granted by the ad break.

In the pub, later that evening, Joseph sips at his pint, like a cup of tea that might burn him. Placing it back on the table, he involuntarily strokes the side of the glass with his thumb. These are gestures that sound heavy-handed when written here, but are oh so subtle in Stephen Graham’s performance. Likewise, when a pint becomes a vodka, a vodka becomes a double-vodka, and a double-vodka a line of coke, Graham masterfully portrays Joseph’s gradual crescendo into aggression and desperation — the way he slaps the hand dryer’s air deflector and looks at himself in the mirror. 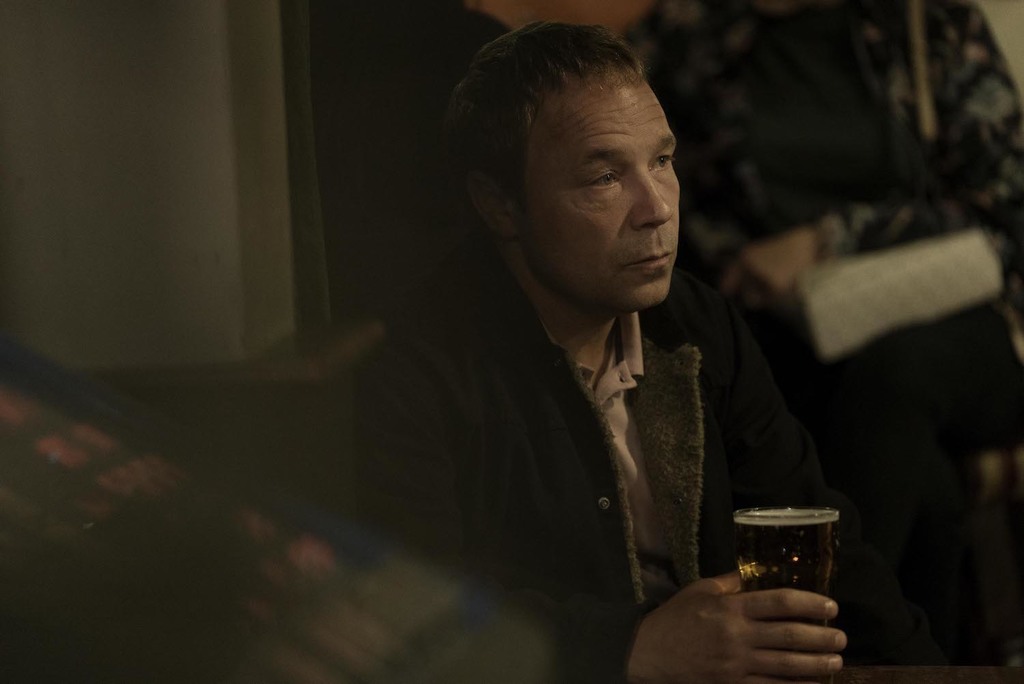 Leaving the pub, we switch to a body-cam view of Joseph’s face, a scrap of kebab lettuce stuck to his cheek. In details like this, I can see why the Financial Times’ review suggests ‘The Virtues’ occasionally veers ‘too close to abject “misery porn”, taking an almost fetishistic glee in showing Joseph plummeting into new depths’. For me, details like the lettuce are more than fetishised, atomised suffering – they’re an attempt to bear witness to an actuality, to the scrapes, the blotches, and worn lines too often airbrushed from drama, or at least not offered in such a naked and simple way. Recommending Shane Meadows’ work is nevertheless always an interesting task. You start off saying something like, ‘It’s tough going, but it’s worth it,’ but a part of you realises you’re subjecting someone to an experience they will most likely be uncomfortable with. 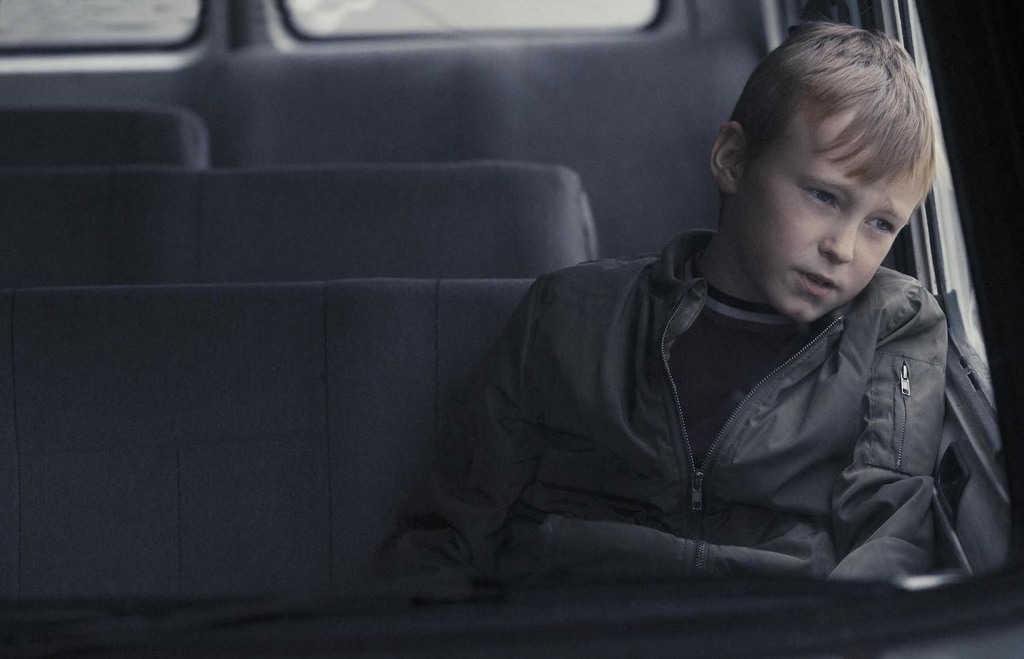 I suspect the discomfort will continue in the subsequent three episodes — with flashbacks to crosses and priests hinting at abuse, and with Joseph crossing the Irish Sea with four pounds to his name, there are demons to square up to. ‘Peace, it’s all you want, a bit of peace,’ Joseph tells a street preacher off-screen, swaying drunk and destitute. I hope there is hope yet, but it’s sure to be a tough grind, for Joseph and us too. Whether you’re prepared to roll with the hits, to carry them with you for a time after viewing, will depend on whether you’re watching to switch off after a day at the office, or to share an intimacy with human beings, those resilient screw-ups, in desperate times and circumstances. But it is worth it — I hope I’ve extolled the virtues.