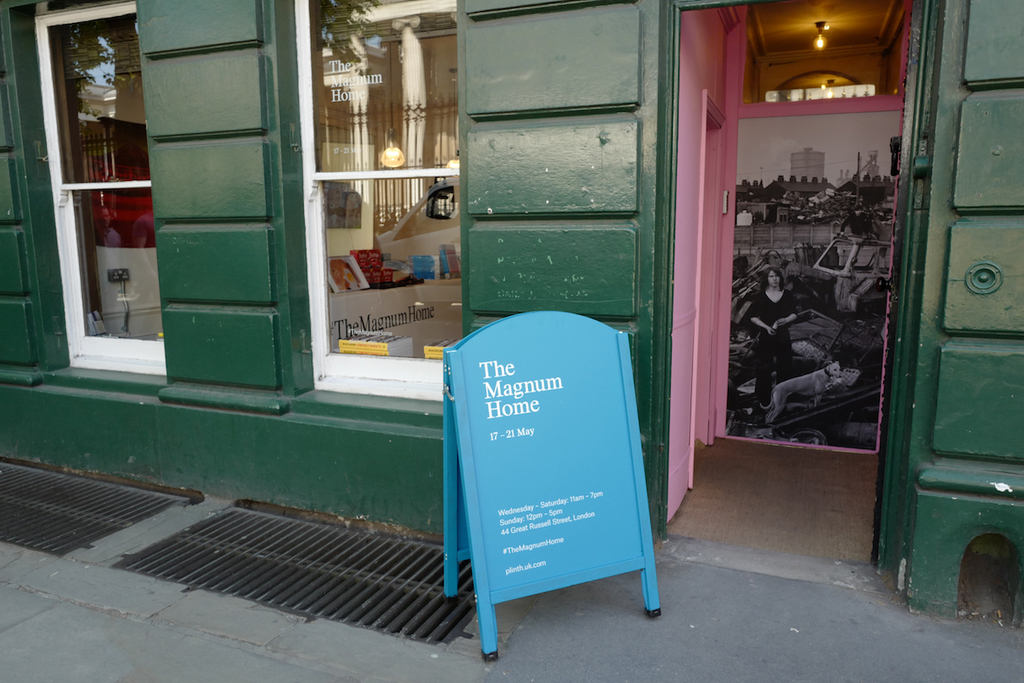 In May 2017, Plinth, Magnum and publisher Thames & Hudson presented The Magnum Home, a pop-up space combining radical interior design with photography from the Magnum archive. 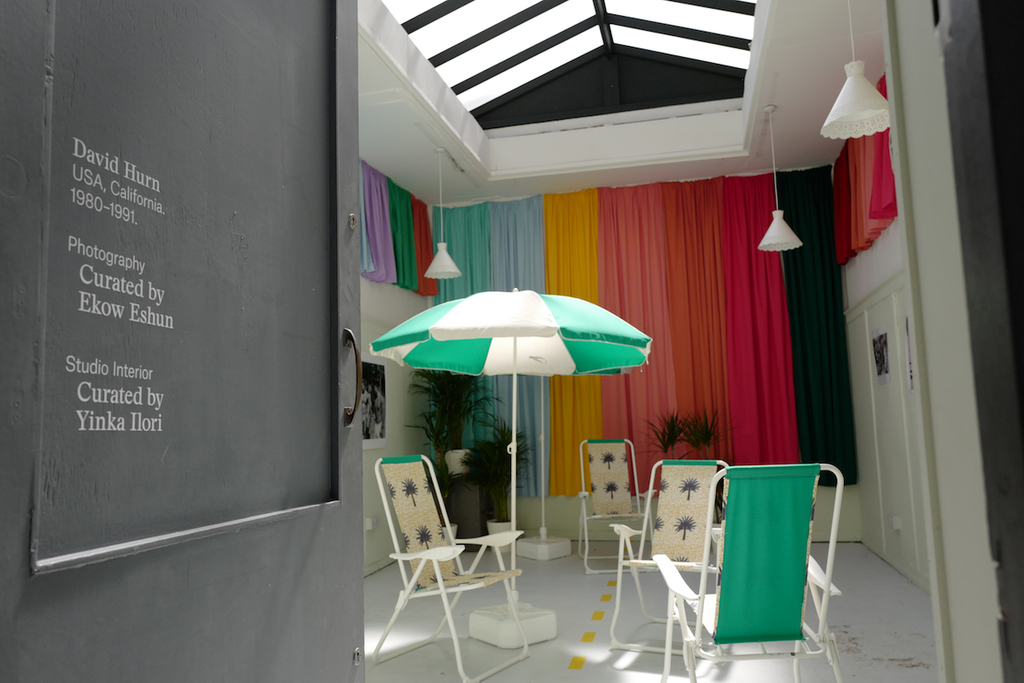 In May, Plinth, Magnum Photos and publisher Thames & Hudson presented The Magnum Home, a pop-up space combining radical interior design with photography from the Magnum archive. With an emphasis on some of Magnum’s most contemporary and intriguing work, The Magnum Home staged photography in a distinctly domestic environment – a listed Georgian townhouse, opposite the British Museum. Curated by Ekow Eshun, and following the critical acclaim of his project Made You Look: Dandyism and Black Masculinity at the Photographers’ Gallery, the exhibition both spanned Magnum’s archive and urged the viewer to look at it anew. Just Kids: Magnum Photographers on Youth Culture explored how Magnum photographers have documented youth culture in Britain and internationally from the 1960s to the present day. 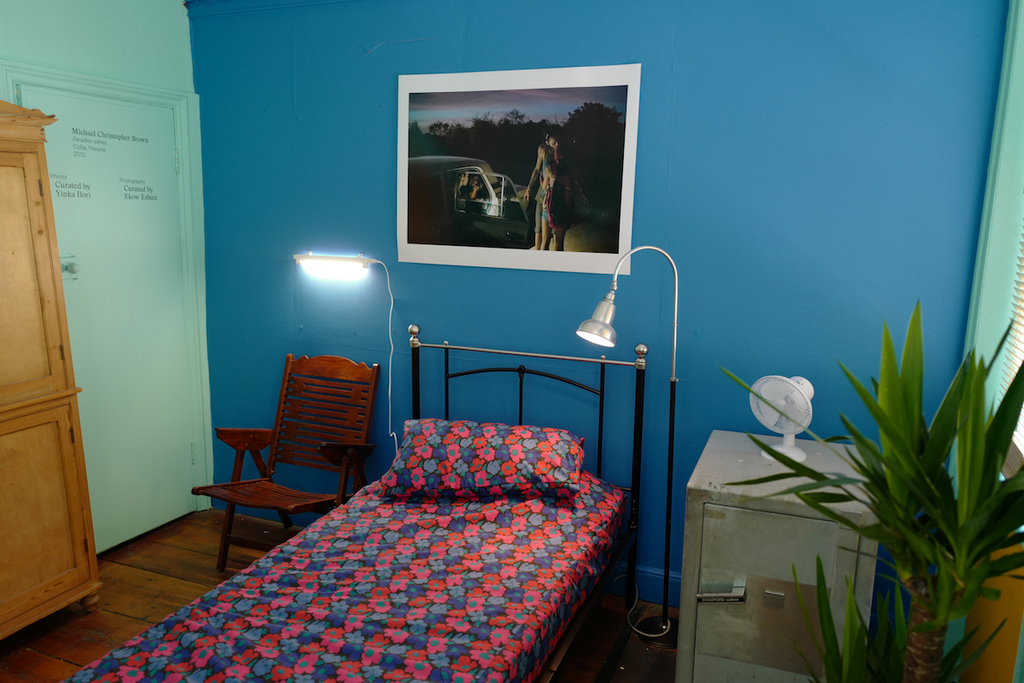 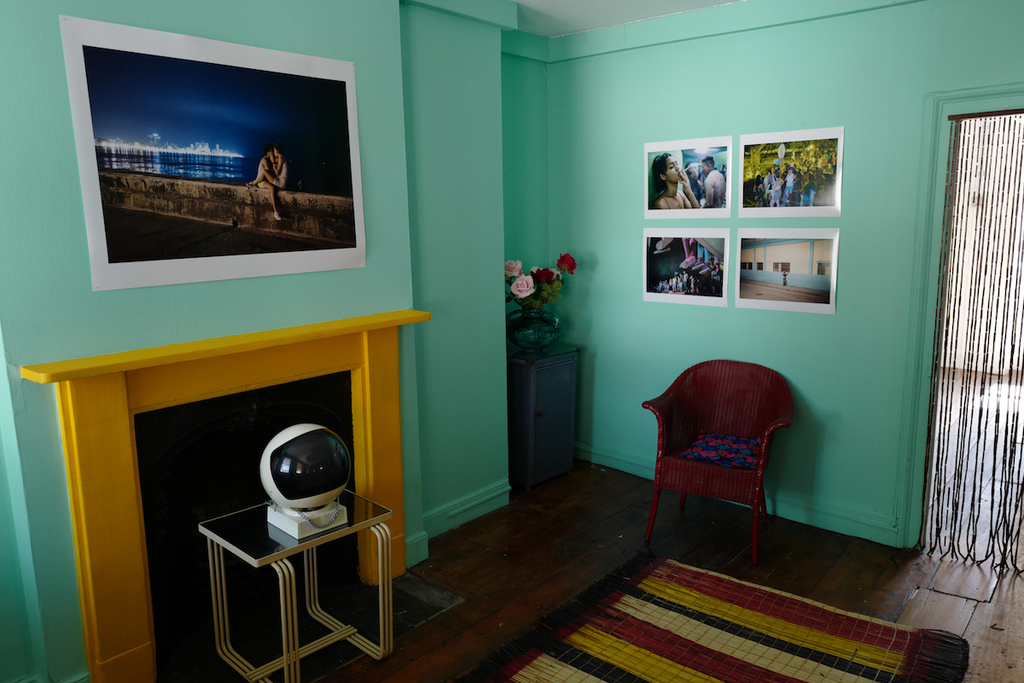 Just Kids focused on style, deportment and attitude as key factors in how young people have asserted their personal politics and perspectives on gender, race and social status. The exhibition demonstrated the depth of insight that Magnum photographers have brought to the perennial – and necessarily transient – subject of being young. Youth itself was framed as performance, a means of standing apart from the mainstream and gleefully confounding expectations of respectability. 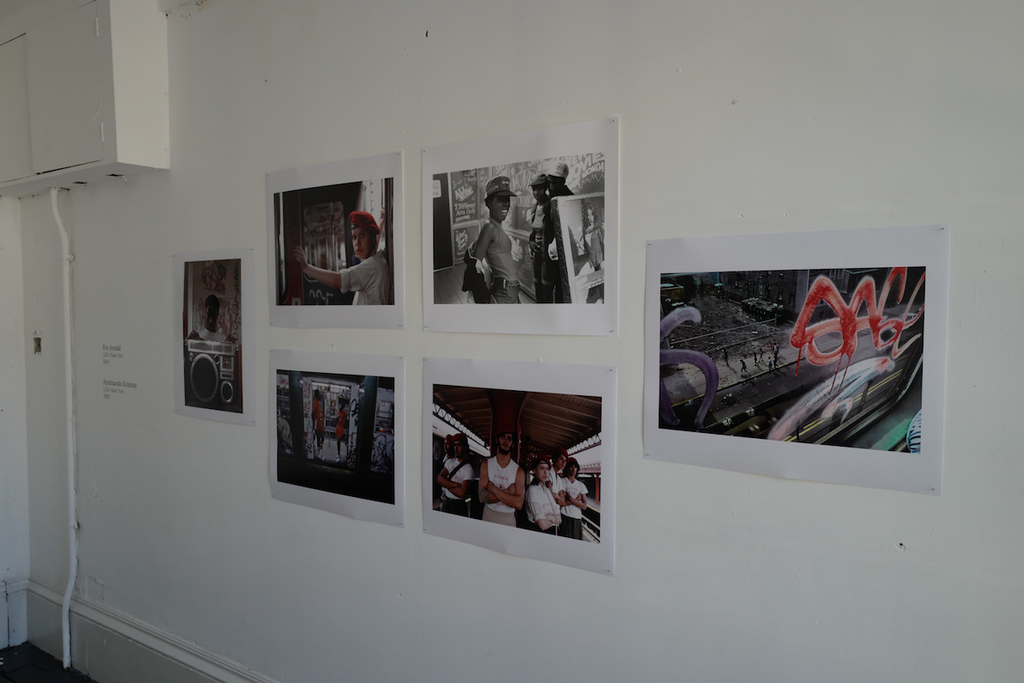 Chris Steele-Perkins whisks us to late 70s Wolverhampton, and into the dancehalls, church congregations and house parties of the city’s varied inhabitants. Young black men in flares and leather jackets gather around a record player; Indian children play in the streets and a trio of Sikh builders stare the camera down. From the West Midlands to Central America, Michael Christopher Brown’s Paradiso series, Cuba 2015, captures boys with long hair and no shirts sprawled on beds in rooms crowded with friends, similarly loose and happily aimless. They pile into junky cars and piss against walls in the city where we find a picture of young love – dangerous, precarious, and completely intoxicating. A couple sit, knees up and entwined, on a wall behind which roars the ocean. One millimeter misjudged, and they’d fall – but then, that’s the point.

Just Kids will feature experimental work from Magnum Photographers at the beginning of their careers. Just as in David Hurn’s Isle of Wight Festival project, documenting 150,000 people who turned up to see Bob Dylan, Joan Baez, The Who and Joni Mitchell, the selection of images will ‘bring it all flooding back’ without lapsing into nostalgia.

Rooms such as studies, bedrooms and salons operated as fully immersive spaces. 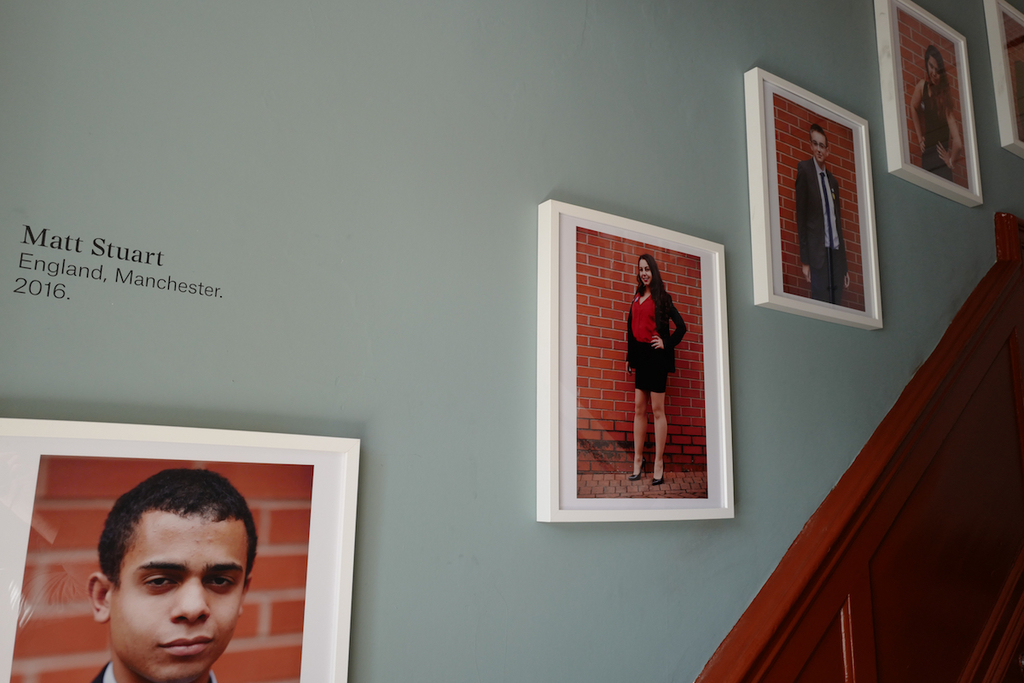 Throughout the building, young designer Yinka Ilori staged his characteristically vibrant interventions; born of passions for interior design and the bold colours of Nigerian prints and textures, his work has spanned furniture making to full-scale installations: Ilori recently redesigned London’s iconic Africa Centre. In The Magnum Home, Ilori conceived an ambitious response to ideas of the home as they intersect with those of youth. Rooms such as studies, bedrooms and salons operated as fully immersive spaces. The photographs served as a catalyst for, and unifying force between, Ilori’s design and Eshun’s practice. 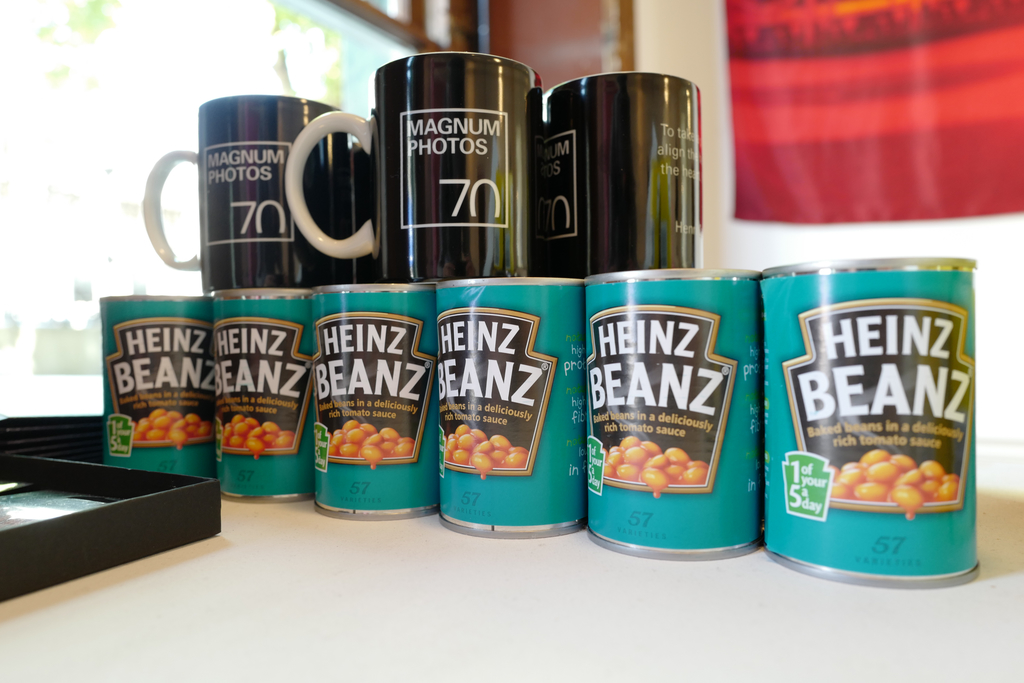 Magnum have collaborated with Plinth to produce a range of unique merchandise, launching alongside The Magnum Home to coincide with a programme of anniversary exhibitions and events planned across the globe. The range offers the public a chance to engage directly with the work of some of the best photographers in the world; established names like Martin Parr sit beside those of Magnum’s contemporary photographers on products such as silk scarves, tote bags and resin badges. As well as this in-house collection, shelves in The Magnum Home were stocked with monographs, field notebooks, sketchpads and other print materials supplied by Thames & Hudson and reflecting Magnum’s long association with and love for the photobook – including Magnum’s official 70th anniversary publication Magnum Manifesto, a landmark photography publication by editors Clement Cheroux and Clara Bouyeresse demonstrating Magnum’s ability to navigate the points between photography as art object and photography as documentary evidence. 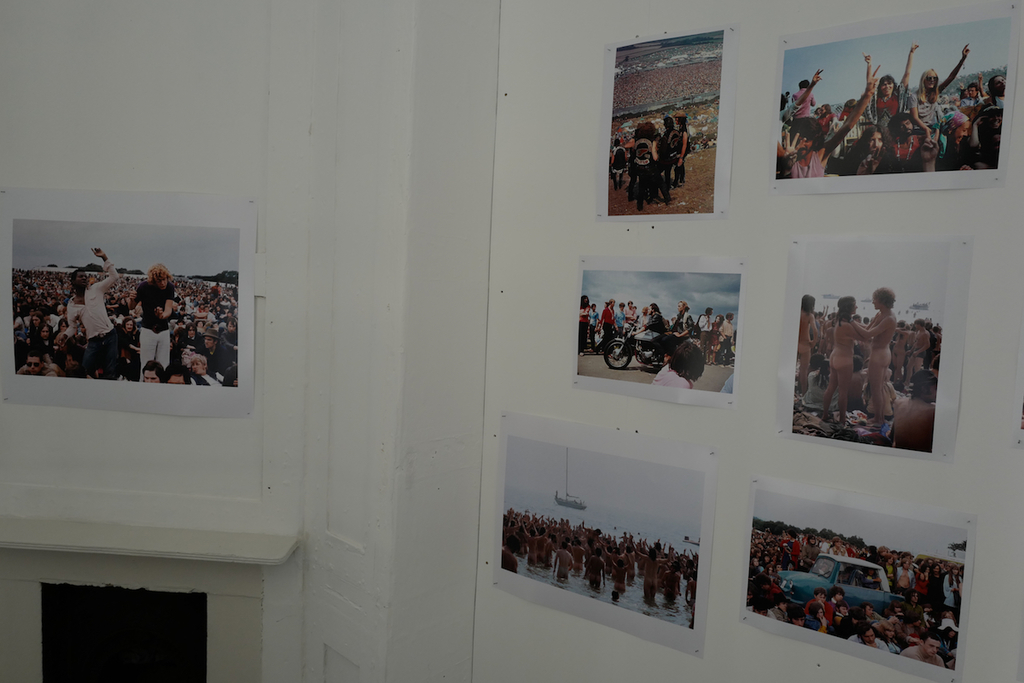 The exhibition was free to visit, and incorporated a daily programme of events and talks.

Established in 2015, Plinth has fast gained a reputation for their radical approach to art and design in situ. Just as Magnum Photos have forged their own unique stance comprising both artistic and journalistic photography, so Plinth have positioned themselves across the spheres of art and design. Both organisations are committed to the accessibility of their work, and to the spirit of collaboration in which each entity was born. 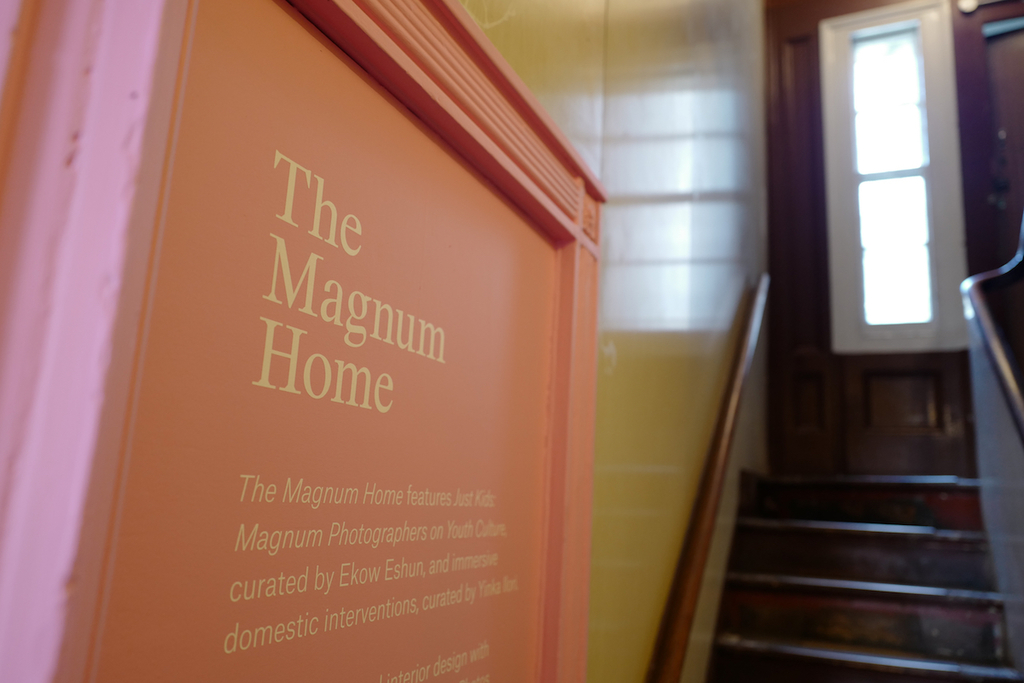