The Draw of Fortnite's Battle Royale

Adolescence is like adulthood with the volume turned right up. Everything’s distilled, exquisite – remember? An unrequited crush, or trouble at home, can crack open the soul in a way that we heal from, never to be so vulnerable again. We lose, too, the dizzying happiness that a smile from the right boy or an A+ in your favourite subject can invoke. That kind of intensity breeds some pretty weird behaviour; teenagers obsess, don’t they? Over a band; an argument; a computer game. Teenagers in 2018 are stuck to game called Fortnite (the youth of today!), but they’re not alone. While they might be the demographic whose interest in Fortnite has received the most hand-wringing and panicked commentary, they’re in good company – adults and younger children likewise find themselves in Fortnite’s virtual thrall. 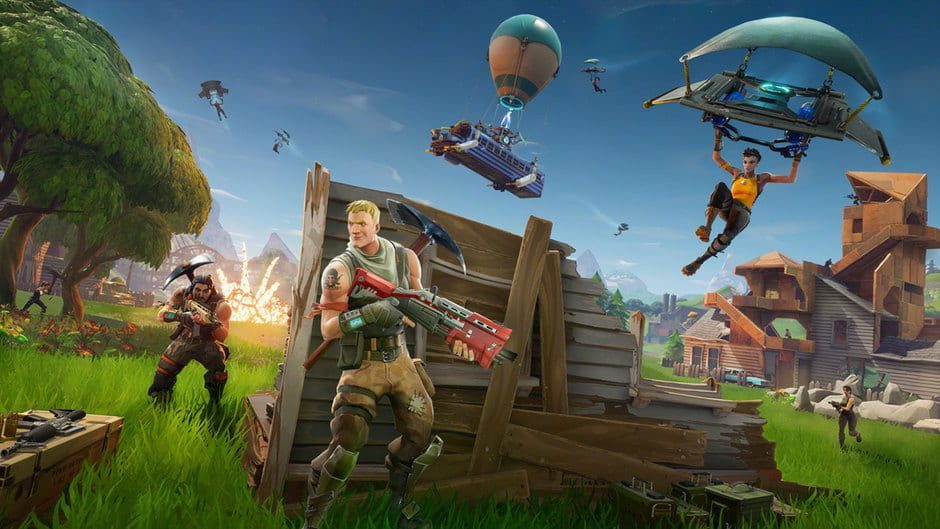 Fortnite (2017) is a multiplatform player-vs-player video game, wherein you’re invited to pit your luck and skills against up to 99 other participants in the oldest race of all – that of staying alive. It’s been controversial in a hysterical parent kind of way – all that violence! – but its cartoony graphics and aversion to gore ensure that it’s pretty inoffensive, in terms of gameplay. Its central theme – kill or be killed – is where things get dark.

Fortnite is a Battle Royale game, a term adopted by the gaming community for set ups that see multiple players fight each other until one of them emerges victorious. It comes from a film of the same name: a Japanese cult classic, released in 2000 to delicious and delirious reception and censorship. In Kinji Fukasaku’s epic, amoral morality tale, Battle Royale sees a class of teenagers set to fight to their death(s) on a deserted island as part of a dystopian government initiative to deal with the disobedient Youth of Today (at least, with the Youth of The Near But Non-Specific Future.) Its opening hour or so is devoted to the backstories of characters who will soon tear each other to pieces – to their tragedies, large and small; their crushes and friendships and squabbles, their ambitions and apathies. As the kids come to terms with their situation on the island, allegory-come-to-life, variable degrees of protest against what they will have to do are expressed. Some just want to be friends! Others are clearly thrilled at the license to enact what we’ve all fantasied about, at one time or another. And so the games begin.

As you’d expect, the island of Battle Royale is set up as a microcosm for wider society. It’s a story about human nature and the impetus pressed upon us all to compete. To win, at the expense of others. Beneath Fukasaku’s hand, attempts by some of the students to collaborate, call truces or escape, only provide opportunities for the more ruthless of their cohort to assassinate them as they cry for peace. Don’t be naïve, he seems to say. This is war, like anything – least of all actual war, wherein there are rules. This is me vs you – and you, and you, and you. Kill or be killed. The dual lenses of adolescence and crisis ramp up the stakes of this thought experiment to their extremes. Smouldering grudges (popular girls vs bullied ones, class clowns vs geeks) are stoked to roaring infernos, where nothing is off limits and everything at stake.

Battle Royale is an oldy but a goody and if you haven’t seen it, I won’t spoil the ending (except to say that it’s as weird as you might expect). Nonetheless, it’s a useful way to look at Fortnite’s answer to the same questions – what is your responsibility to others? What do you really want? The former is a gruesome, gritty tableau; the latter, a brightly coloured, friendly setting for mass murder. Both scratch the same collective itch, though, of simulating the worst behaviours of which we are capable without our needing to participate in any meaningful way. Both have been subject to kneejerk cries to ban, and that’s telling. We want to delete things which are true, that we fear and recognise.

The dual lenses of adolescence and crisis ramp up the stakes of this thought experiment to their extremes. Smouldering grudges (popular girls vs bullied ones, class clowns vs geeks) are stoked to roaring infernos, where nothing is off limits and everything at stake. 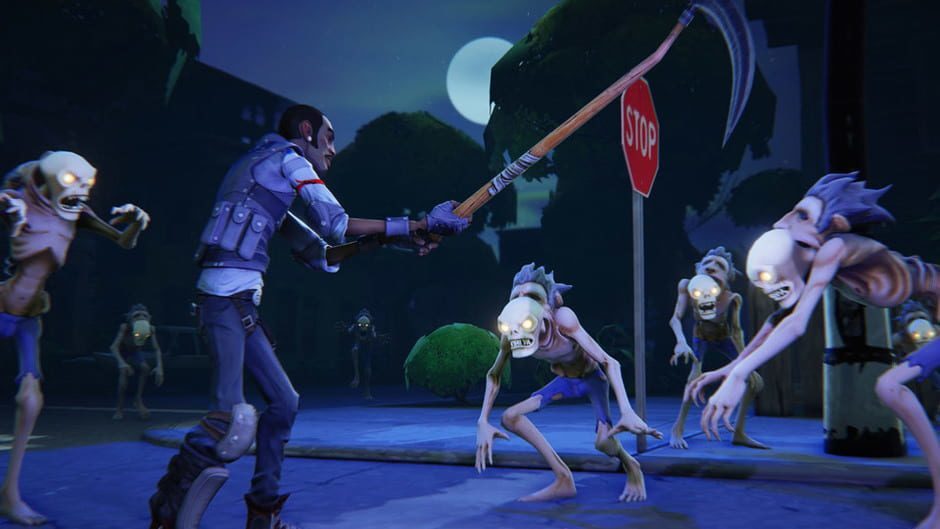 The argument goes, after all, that films like Battle Royale and games like Fortnite will encourage the behaviour they feature in those exposed to it. While that theory has been largely debunked, the essential premise underpinning worries like those is that what they fear is possible in the first place. What we’re most scared of is in us – that’s why we want to look at it, and why we want to scrub it away. The furious little animal beneath a veneer of adult sophistication isn’t far below the surface. A childhood version of this equation is neatly expressed, then, in games like Fortnite; as rules and restrictions creep in, the zoning out offered by diving into a world much simpler than our own is almost irresistible – as evidenced by Fortnite’s incredible success. This game, and the film Battle Royale, are only examples of a phenomenon as old as culture itself – cathartic, rebellious, repelling the old and attracting the young who have been restrained recently enough to feel their shackles. Rather than committing violence because of its depiction in art, we depict violence in art because it’s in us. We’re drawn to its renderings for the same reason. What’s so satisfying about Battle Royale, in this context, is the age of its characters – almost exactly the same as Fortnite’s target demographic. Both are smack bang in the delirium of teenagehood, which coincides with the first experiences of a world which will have them compete at school, work, love, until death if not to the death; same difference. It’s a world where your worth is relative to that of others, and we recognise it all too well. 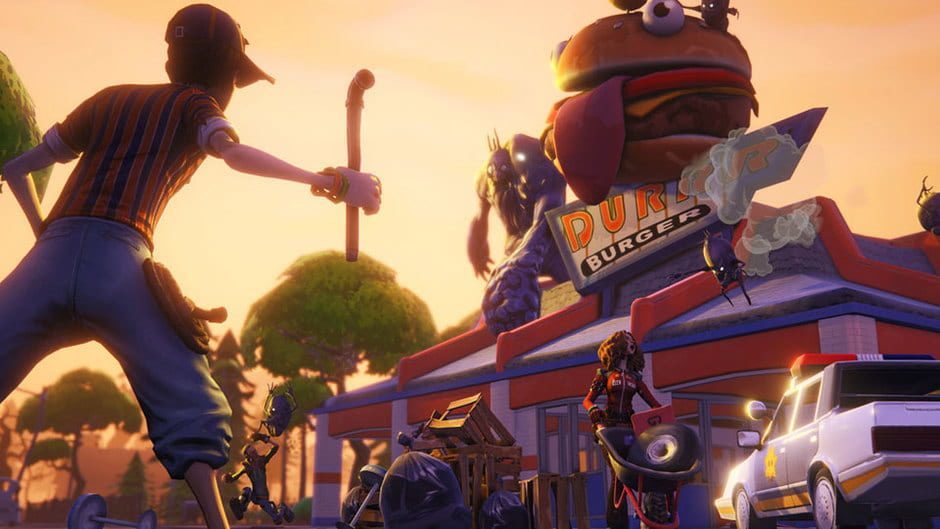 The kids on that island would probably love the game which took its name from their story. It might even have calmed them down a bit; a 2015 study found that, in the months after the release of violent video games, rates of aggravated assault and homicide actually drop. It’s theorised that things like Grand Theft Auto serve as a pressure valve, rather than an incitement to ape their content. Maybe it’s as simple as the pull of video games keeping people at home, on the sofa and off the streets. Correlation, as we all know, doesn’t mean causation – but there’s something compelling about the idea that violence in one place (virtual) might divert it from another (physical). In a capitalist system, where success and individualism are prized above all else, it’s no surprise that films like Battle Royale on one end of a spectrum, and games like Fortnite on the other, more cuddly side, strike such a chord. The hysteria surrounding them only makes them more appealing – or perhaps that’s just the teenager in me.