The Best a Man Can Get

Capitalism is making claims on our moral sensibilities in strange and new ways. Until recently, every time you bought a t-shirt from a high-street shop or milk from a supermarket chain, you were resolutely ignoring the inevitable cruelty which brought it within your reach in the first place.

The latest culprit/shining example of ethical consumerism? Gillette, apparent friend of feminists everywhere, and the brains behind new campaign: The Best Men Can Be. 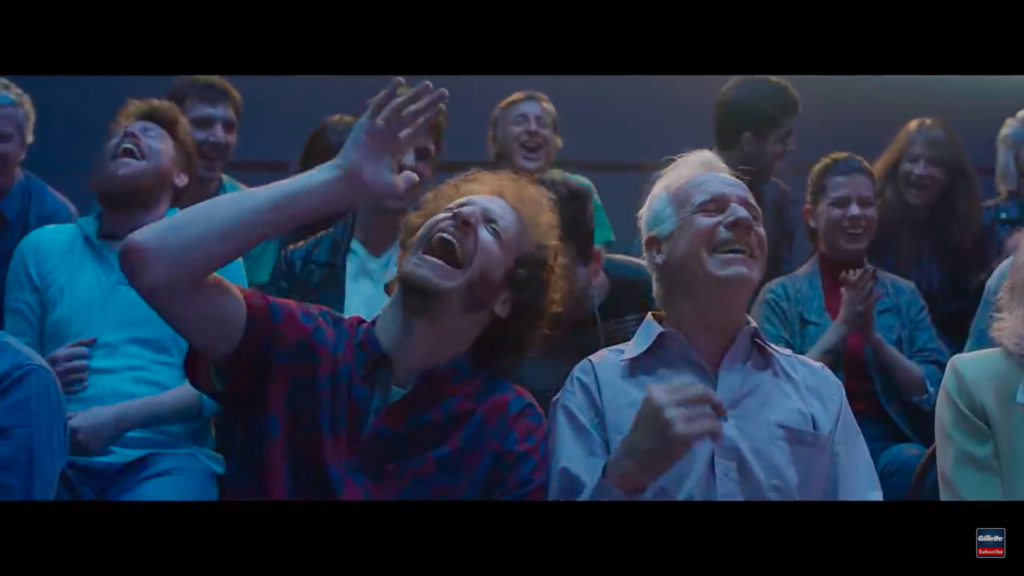 In many ways, we still can’t win – go vegan (like 3.5 million others in the UK, up from 540,000 in 2016), only to discover that soy contributes to climate change, displaces smallholders in South America and comes at the expense of endangered wildlife. Resolve to eat healthily and find that the blueberries, lentils and avocados in your basket have collectively racked up more airmiles and carbon dioxide emissions than if you’d chartered a private jet to work every day for a week. As if navigating these quandaries – only possible in a digital age of information overload and online virtue signalling – wasn’t enough, brands are joining the cacophony to ally themselves with issues ostensibly unconnected to their products. The latest culprit/shining example of ethical consumerism? Gillette, apparent friend of feminists everywhere, and the brains behind new campaign: The Best Men Can Be.

The sneaky thing about the Gillette ad, released last week and addressing the very topical debate on Toxic Masculinity and #MeToo, is that it’s hard to object to. The commercial – subtle as a mallet – features versions of Average Joe soul-searching in bathroom mirrors, flashing back to boys bullying each other, pinching women’s bottoms and talking over female colleagues as audio from news footage of recent #MeToo coverage echoes in and out. Then we’re at a barbecue as a line of fathers chant ‘BOYS WILL BE BOYS’ (these men are wrong, stupid) before segueing into the commercial’s final movement: a world where Good Guys intervene in Bad Behaviour, and millennia of patriarchy is finally undone. ‘The Best Men Can Be’ is neat, as taglines go, and a satisfying spin on their classic ‘The Best A Man Can Get.’ Whether you read the new slogan as questioning or aspirational, it’s certainly been carefully calibrated to achieve the transparent goal of keeping a new generation spending happily.

A 2015 study, widely hailed as the key to millennial wallets, revealed that almost ¾ of people born between 1977 and 1995 will spend more on something sourced sustainably. It’s almost as though we’ve noticed that the planet is on course to explode in 12 years unless literally everything is overhauled, or that 1.3 billion people in the world still live on less than $1.25 a day. Or that 2017-2018 saw 22,135 cases of (reported) racial violence in England and Wales alone. Or that women around the world aged 15-44 are more at risk from rape and domestic violence than from cancer, car accidents, war and malaria. As such, we’re open to addressing these blips on our otherwise spotless global record, and the Groovy Dads of capitalism have picked up on that in a big way. Enter Gillette, and Paddy Power, and Nike, seeking respectively to position men’s grooming next to feminism, gambling alongside LGBTQIA* rights, or sneakers with the Black Lives Matter movement. 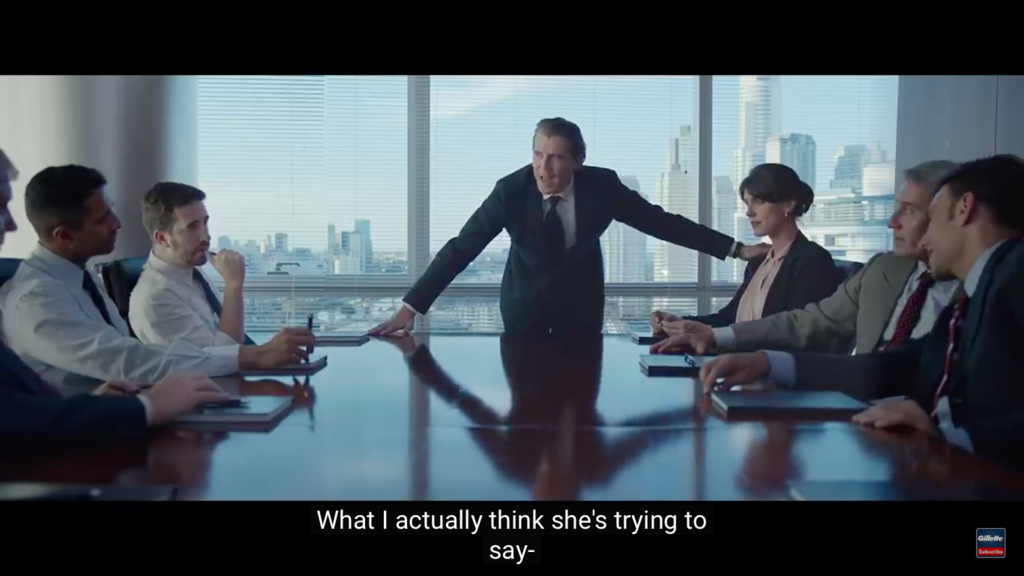 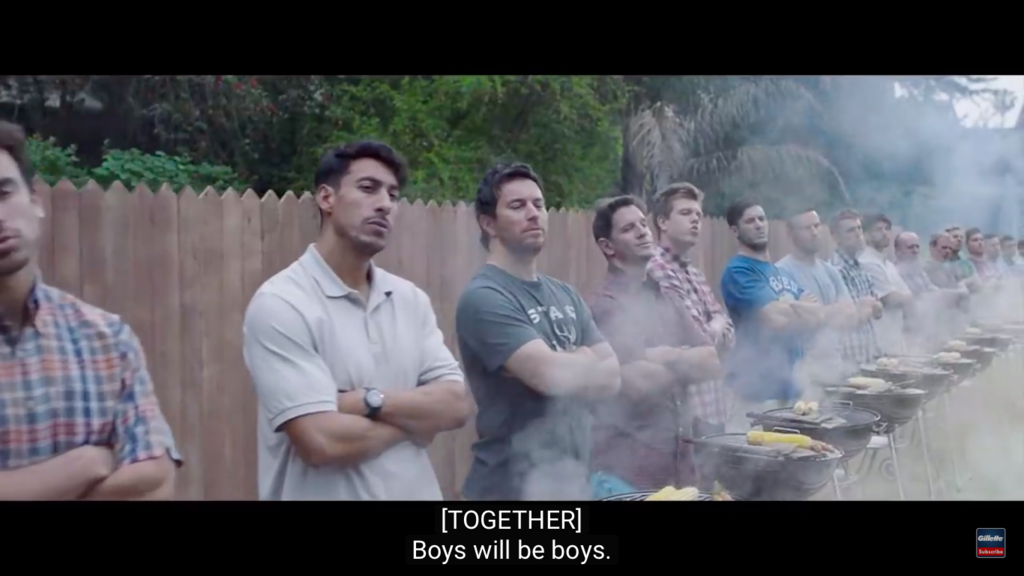 I hope it goes without saying that all the campaigns in the list above are unequivocally worthy and important (classic millennial!). What’s yucky is the leeching impetus of capitalism to infuse even the most heartfelt causes with money. What’s troubling is a transactional, cynical brand of ethics which threatens a contagious kind of complacency. Nike have done away with racism via running shorts. Sexual assault’s sorted – Gillette’s on the case. My helping of a clean conscience comes with a side of shaving foam – talk about two birds with one stone! Of course, and as always, it was a lot of fun watching the Piers Morgans of the world work themselves into a frenzy over the suggestion that harassment, or silencing women, or bullying, might be worth a rethink. An aside: if an ad implying that its target demographic could stand to be kinder is enough to provoke tantrums, then the Morgans ought to try campaigns aimed at women – leaky, smelly, wrinkly, overweight, and resoundingly inadequate as we’re constantly reminded we are.

The dynamic between women and those who court their custom is a bit like an emotionally abusive relationship: society builds up an (impossible) idea of what we ought to be, before cutting right to the painful quick by undermining our ability to fulfil it. Women are well acquainted with the emotional blows dealt by advertisers; with buying to right a wrong, correct an error, fill a void. Although recent years have made such tactics unfashionable, they’re alive (see Avon’s latest campaign: “Dimples are cute on your face, not on your thighs” to sell cellulite cream) and we know them well. As such, perhaps, the Gillette ad aimed at men looks like a crude version of a formula their female customers are intimately acquainted with. Rather than an unreachable zenith of virtue, though, The Best Men Can Be pushes the least radical rallying call to the lowest bar of good behaviour imaginable (don’t assault people?) via… a razor. Nothing to get too worked up about, for either side of the table.

Both the latex girls and the #metoo men were conceived to sell razors; the consumer has changed between the two eras, but the bottom (ahem) line remains just that. 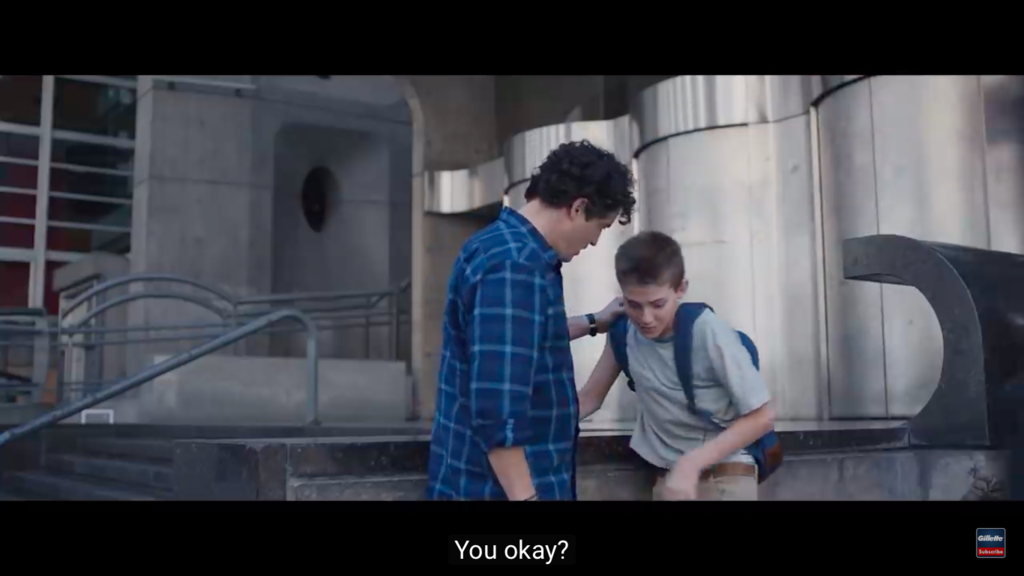 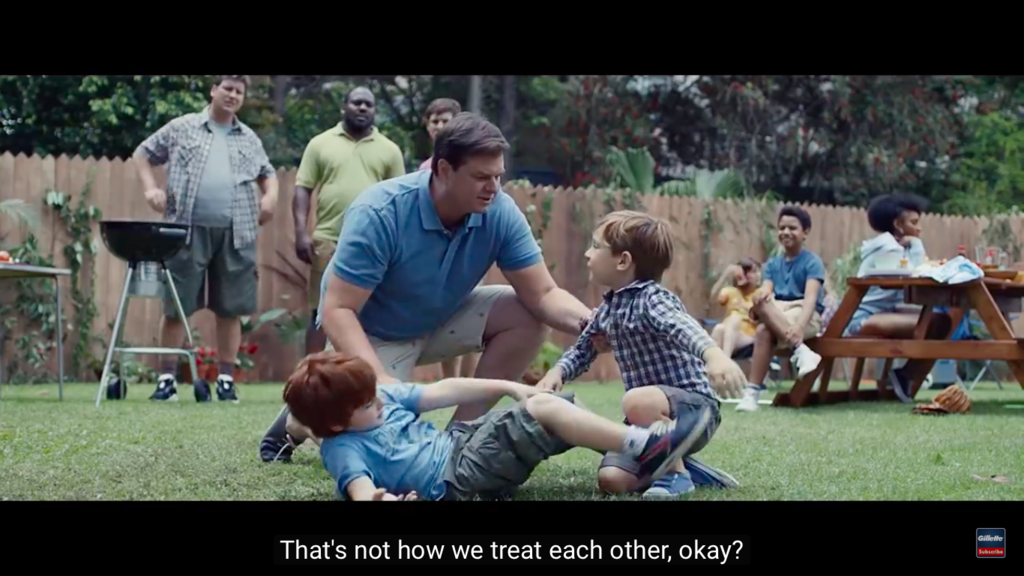 The plain weirdness of Men’s Rights twitter – one online video sees an outraged ex-customer putting a can of Gillette shaving foam in his oven (?), purpose unclear – reveals, I suppose, that even patronisingly basic recaps on the subject of women-as-people still have a large audience to reach and astonish. A similarly annoying subset of social media – The Gotchas – was quick to dig out pictures of hot-young-things, brand spokesmodels, from only 10 years hence and clad in latex. The company’s name is plastered across their bottoms. Gillette. Hypocrites! Well… Yes. Of course, boards of executives change; creative directions move with the times; we should celebrate progress, even (perhaps especially) in corporate arenas. What seems clear, though, is that both the latex girls and the #metoo men were conceived to sell razors; the consumer has changed between the two eras, but the bottom (ahem) line remains just that. 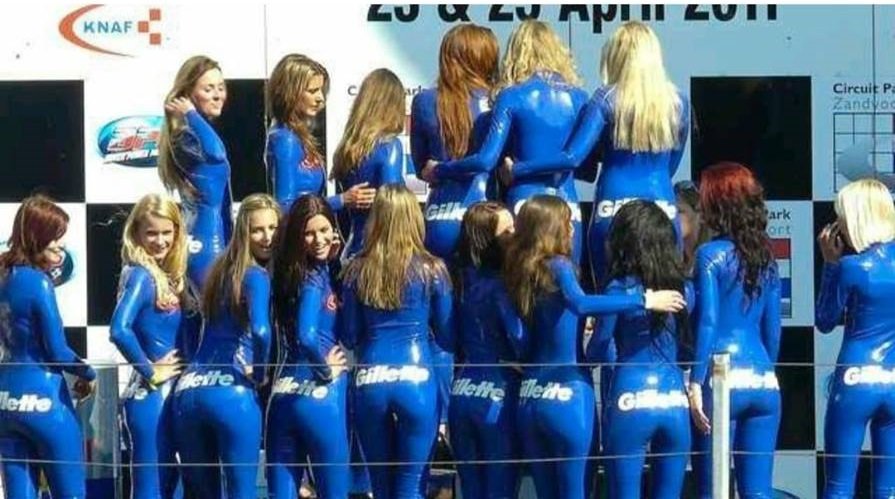 We can count ourselves lucky that, for a moment at least, consumerism is pushed to align with new moral standards. However clunky the ad itself might be, we can be pleased that Gillette has pledged to donate 1 million dollars per year for three years to relevant non-profit organisations – whilst understanding that must mean projections of much more than a million in increased revenue. Gillette is not a charity, even if it’s donating to one – but there remain reasons to be cheerful. While the financial and societal footprints of heavy hitters like Procter & Gamble (Gillette’s parent company) are large enough to make an impression with one step, those titans stand on our collective shoulders. Remove that support, and they topple. Within a system which does not reward the virtuous without enormous pressure, a new generation of thought is demanding ethical behaviour and routinely pulling the rug from under heavy feet. Buy the razors, but don’t make the mistake of buying Gillette’s #message in good faith – the cynical tactics of money-making are capable of co-opting anything, social causes no exception.