In 2016, Deal or No Deal was axed by Channel 4, the British public voted to Leave the European Union, and Stewart Lee started touring his show Content Provider, whose opening gambit is that the shock of Brexit has rendered its script obsolete. Now it is 2018: Content Provider has been filmed for the BBC, and the latest news in Brexit purgatory is that a No-deal Brexit may or may not mean that patients miss out on essential medicines and or/we all starve to death within a year. If only Noel Edmonds and the Banker were here to explain what a Deal Brexit might be.

If only Noel Edmonds and the Banker were here to explain what a Deal Brexit might constitute. 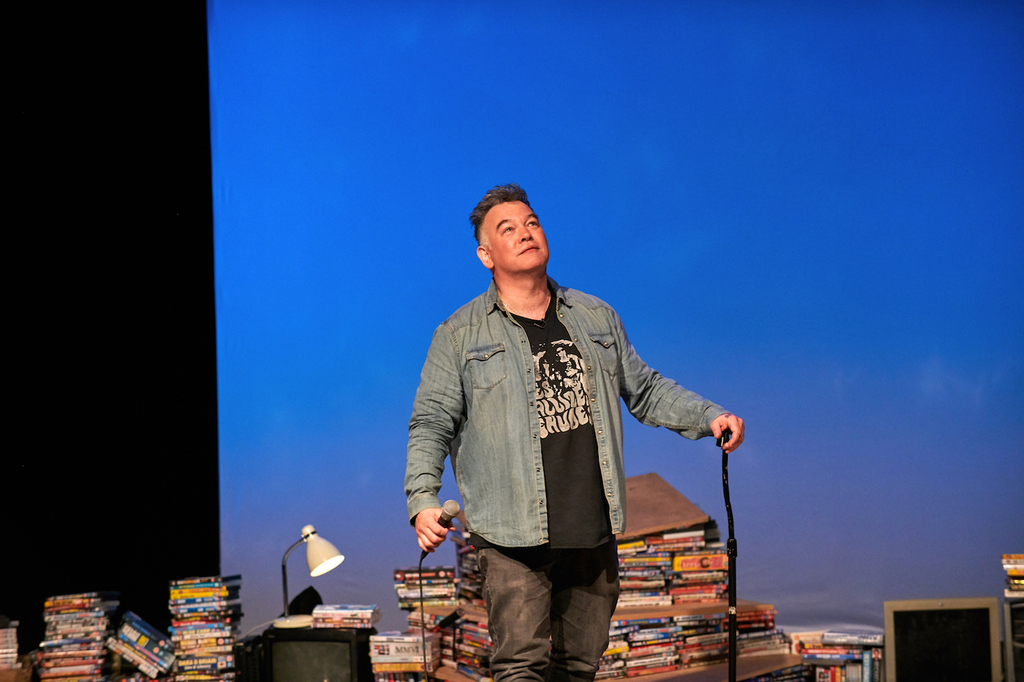 For both comedians and politicians, uncertainty can be a matchbox or a candle snuffer. Content Provider comes out torch juggling with an admission of its own failure; there is ambiguity surrounding whether Brexit really has forced Lee to improvise and account for its effect on the national zeitgeist, or if in fact Lee’s plan all along was to stage an improvisation around the conflict comedians face when attempting to satirise such political upheavals.

Doubt and self-referentiality have long been part of Lee’s strategy. Towards the end of Content Provider’s first half, he digresses from the arc of his set. Pontificating on why the joke he just made should have got a laugh but didn’t, he charts its reception on three different nights from late 2016 into 2017. The joke in question goes roughly thus:

The irony of remaking Are You Being Served? is that the British retail industry no longer exists. The new Are You Being Served? should be set in an Amazon delivery warehouse: Mrs Slocombe stands in a massive shed off the M6 and makes incomprehensible cat-based double entendres about her own vagina to poorly paid and soon-to-be-deported East European workers.

First, Lee explains, the joke worked because it was topical: it reflected a state of affairs, in that mass deportation felt imminent. Then, suddenly, it didn’t work – the government decided that EU citizens would be allowed to stay after Brexit, and the joke was out of date. Then, David Davis – no longer the Brexit secretary, keep up – explained how even that ostensible clarity was unstable because nothing had been agreed upon with Brussels. See? This is hardly a laugh a minute. As Lee points out, by the time an audience member has tried to sum up all that to her neighbour, the beat of his joke is long gone.

From Denial: The Unspeakable Truth by Keith Kahn-Harris 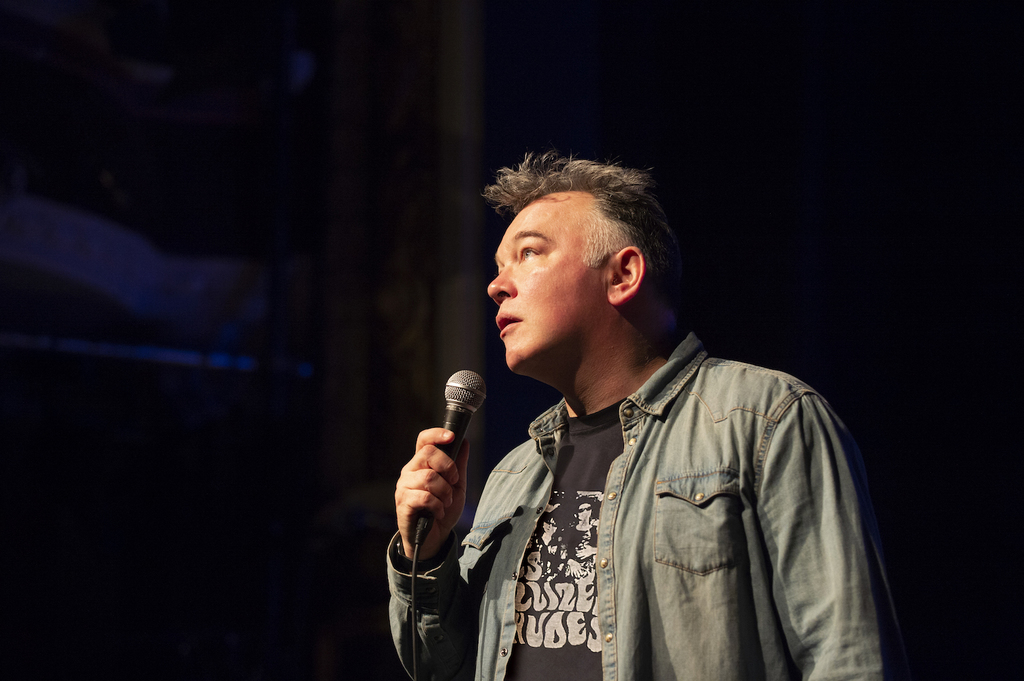 Like Stewart Lee, you have probably noticed that political jokes have a very short shelf life at the moment. How to make a gag about Boris Johnson, for instance, when one day he’s Foreign Secretary, the next resigned, the next posh-booming his religious bigotry, the next PM, oh my god, no? Current events are unfolding at breakneck speed. You’re also aware that ‘shelf life’ refers to the time a commodity can be stored without becoming unfit for sale, consumption, use. And you’re probably also awake on some level to the fact that I too am currently tasked with providing content about an increasingly murky and rapidly changing political swampland for this website, that I have judged the phrase ‘shelf life’ to have enough mileage, through its vague irony, not to be rendered obsolete in a week – we’ll still have shelves, and things to put on them, by next Friday, right? Anyway, there goes the fourth wall, sorry not sorry – I’m cutting the strings on your suspended disbelief, a bit like our Stew.

The way Content Provider consistently examines its own shelf life could not be more readily apparent if there was a ‘Best Before’ date stamped on every ticket. Lee concedes with irony-become-sincere, ‘As I don't know how Brexit's going to pan out, I can't write anything about it, in case it goes out of fashion or out of date and I can't use the bit for the full 18 months of the show and monetise the work I've done.’ A joke about writing a joke. Out of context, this might seem an annoying meta- posture to strike, but it’s one with backbone – because the commodification of comedy, and its inferred perishability, becomes a way to discuss the withering of other core values that we share(d) as a society.

In his book Denial: The Unspeakable Truth, Keith Kahn-Harris speaks about the evolution of good old-fashioned denial into the dogma of denialism, and then into something more chaotic still: “Whereas denialism is painstakingly thought-through, post-denialism is instinctive,” he writes. “Whereas denialism is disciplined, post-denialism is anarchic.” As contemporary culture and politics begin to eat their own collective tail – post-denialism, (post) post-truth – accuracy is the last on a list of priorities. Doubt can be very useful, politically as well as comedically speaking. Post-denialists, like comedians, don’t care about the truth of their words: rather, their effect. In the same way as Stewart Lee’s audience doesn’t care whether his purported anecdotes are drawn from real life or his imagination, Trump supporters don’t ask their president for graphs or dossiers when he claims, as he did in 2012 via twitter, that “The concept of global warming was created by and for the Chinese in order to make U.S. manufacturing non-competitive.” In either case, it’s how the story makes you feel that matters; how a tidbit slots into a wider agenda that bites; instinct trumps discipline, and anything is possible.

By bringing doubt into the fabric of his set itself, Lee seems to say: let’s sit with it. 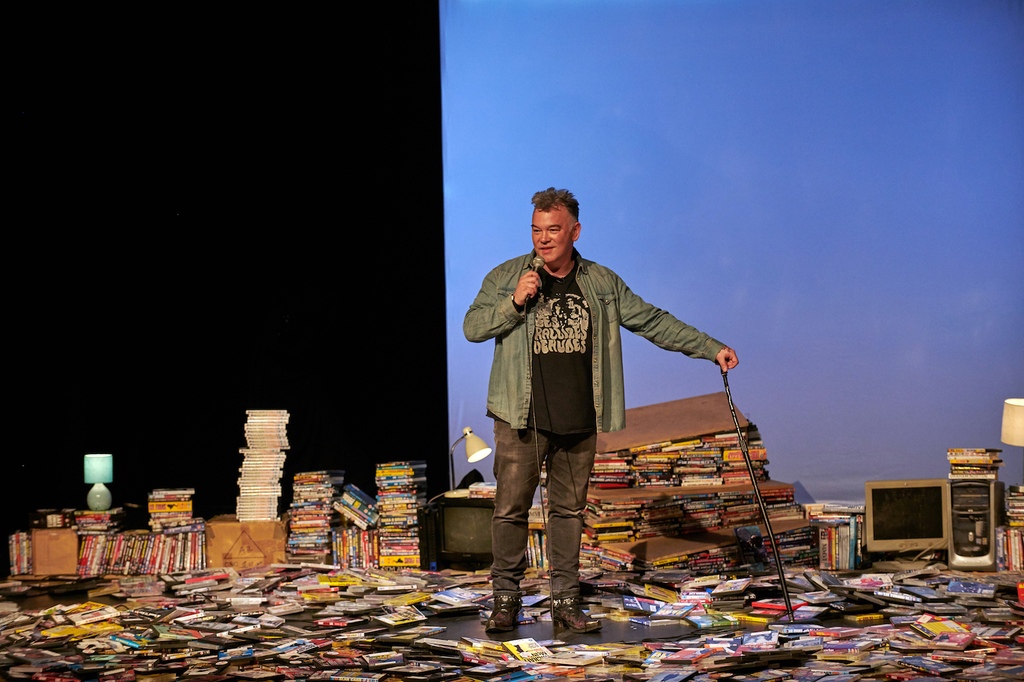 Lee’s agenda – having you think, and laugh – might be less nefarious than Nigel Farage’s was when he promised, via the timeless medium of a double decker bus (?) that Brexit would see 350 million pounds a week going to the NHS rather than the EU; both involve statements that aren’t true, and they’re both more complicated than ‘lying’. Children tell lies. Your wife lies about how many Mai Tais she drank on Thursday. Your dad lies about how much he spent on the vintage lawnmower for his burgeoning ‘museum’. Farage’s bus and Trump’s tweet are stories unmoored from any moral sea bed, and miles from the shores of either truth or fiction. The pronouncements of politicians in 2018 have more in common with a shrewd comedian’s set than a principled manifesto – and, while spin and rhetoric have always been essential weapons in any politician’s arsenal, we’re shuffling into an uncharted firing range.

When comedians write satire in a cultural climate such as this, the (unintentional) effect can be to reify the kind of doubt that slick politicians are capitalising on to create it. Lee’s joke about the deportation of East European workers might fit that particular bill, but he’s long co-opted doubt as a comedic strategy (performing the alienation and division of his audience, for example, or appearing to bomb hard on-purpose-not-on-purpose for the sheer thrill of joking his way back out of a corner.) Now more than ever, Lee’s brand of self-aware satire looks like a detournement of the kind of political strategies used to gain power, hijacking a politician’s alchemy of doubt and truth as a means to comedic ends. 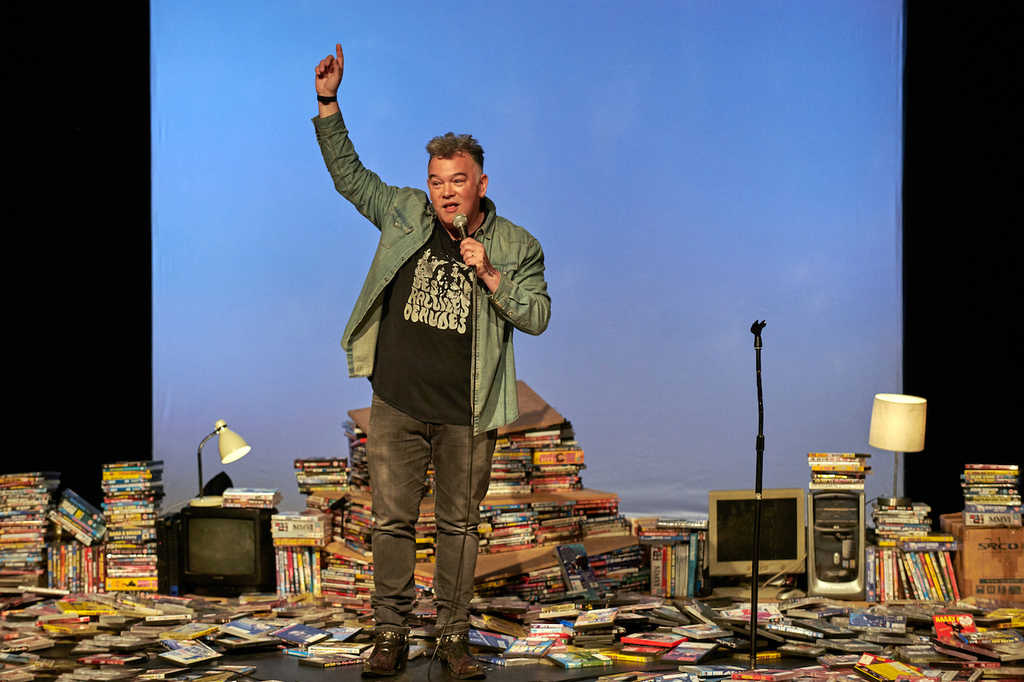 By bringing doubt into the fabric of his set itself, Lee seems to say: let’s sit with it. The persona he plays when explaining why his Are-you-being-served-deportation-of-Eastern-European-workers joke failed or hit home is that of a bemused observer; his audience’s, or perhaps a critic’s. Many have observed that satire has become impossible in a political climate stranger than fiction. When the material writes itself, there’s time and room to look at its substance; to take it apart; to dismantle, and reassemble slowly. Rather than being clever for clever’s sake, Lee’s interest in the construction of jokes gives us a way to look at the nuts and bolts of the political situations he’s skewering. When the Venn diagram of comedy and politics becomes a circle, Lee’s gift of a behind-the-scenes tour of one becomes a chillingly clear lens to apply to the other. Can’t you see?