‘The only normal people,’ said the Austrian psychologist Alfred Adler, ‘are the ones you don’t know very well.’ But I know Marianne (Daisy Edgar-Jones) and Connell (Paul Mescal) all too well, and they are normal in a way that cuts close to the bone.

Theirs is a tale of deceptive simplicity. At secondary school in County Sligo on Ireland’s Atlantic Coast, they begin a secret affair. Secret because Marianne is the weirdest, smartest girl at school, intensely private, with a damaged air; meanwhile, Connell is a popular footballer, too ashamed to tell anyone about her.

Everyone wants to be exceptional; but everyone also wants to be normal. In different ways, both desires can be embarrassing to admit.

Connell’s mother works as a housekeeper at Marianne’s house, and it’s here, across class lines, that their attraction ignites. We follow their raw and tender Thing on-again-off-again through their time at school and later at Trinity College Dublin, where Marianne has the upper hand socially. What remains constant, over the course of five years crisscrossing in and out of one another’s romantic situations, is an indelible frisson – as well as the generous if not always successful desire to enrich the other’s life. 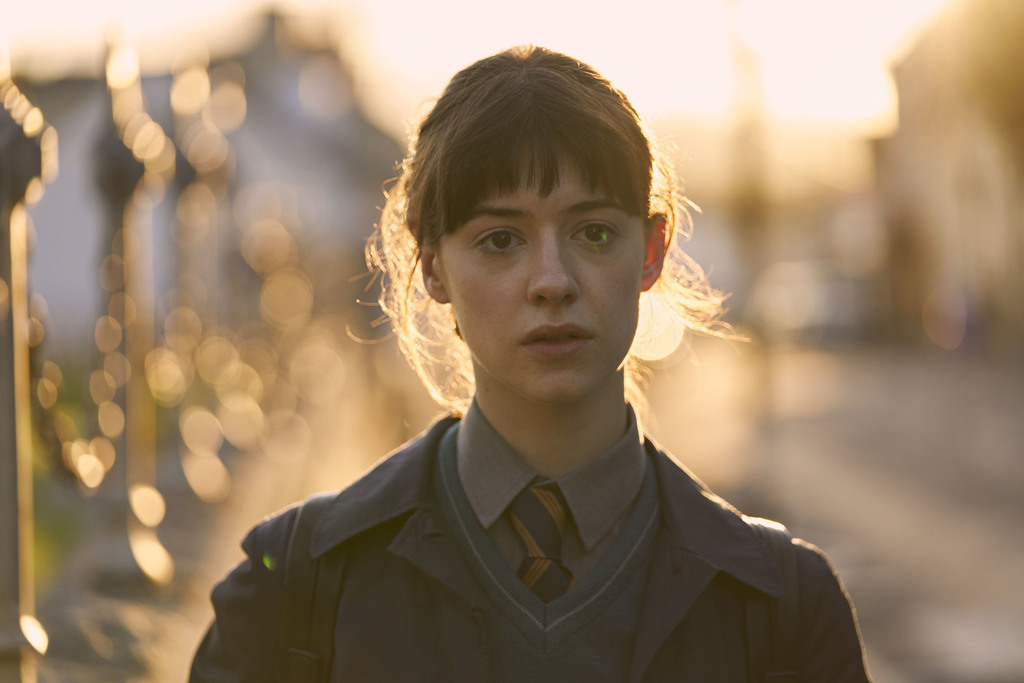 As such, this is a story about growing up: those attempts to cast off the person you are to make room for the person you will be. From the hormone-trembling way a school shirt gets stuck over your head during your first sexual encounters to the general shittiness of the lighting arrangement in your first student digs, Normal People evokes a complicated nostalgia for early formative experiences. It doesn’t only recall your ineffectual but ultimately devastating high school bully, but also the experience of hugging that same bully years later at a school reunion and finding them completely disarmed.

In other words, the series rehearses a profoundly normal truism: how all those expansive moments in your life — moving from a small town to a big city; viewing great works of art during a summer’s interrailing around Europe; first seminars, house parties, forays into weird-but-vanilla sex — how all those times you strove to make your life richer so quickly become assimilated into the new normal. All our acts of deviance are in want of normality. Everyone wants to be exceptional; but everyone also wants to be normal. In different ways, both desires can be embarrassing to admit.

Another thing that’s uncomfortable to concede is my own proximity to the years Normal People describes. Watching the show was like watching a version of my life unfold. 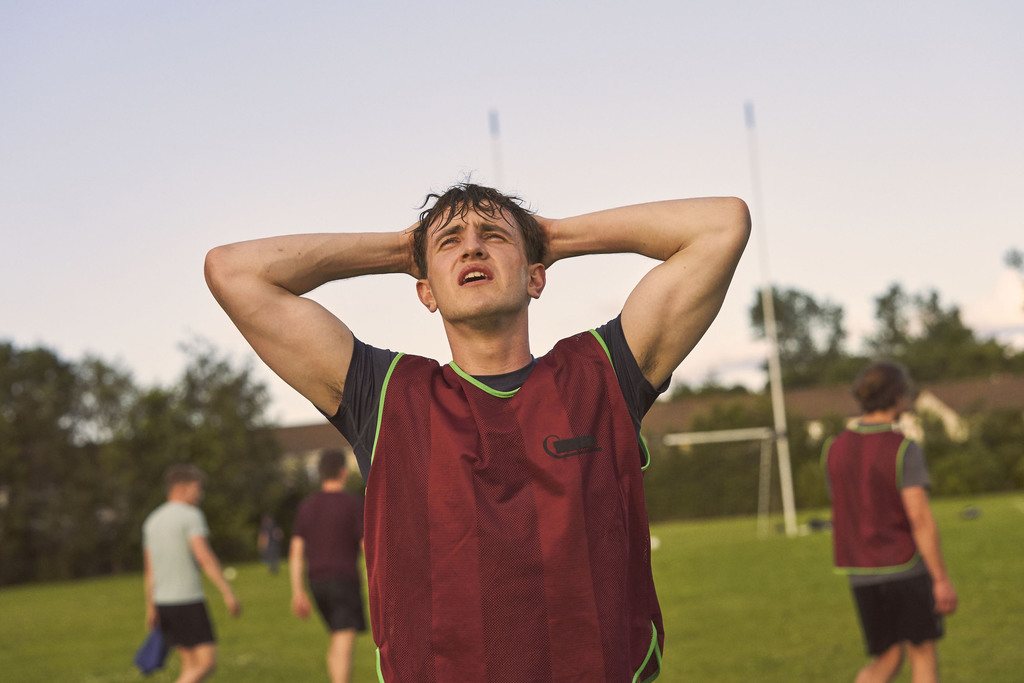 Another thing that’s uncomfortable to concede is my own proximity to the years Normal People describes. Watching the show was like watching a version of my life unfold. Or if not strictly mine, then a composite of the lives of my friends and peers. Undoubtedly every viewer will see herself in Connell and Marianne’s attempts to feel comfortable in their own respective skin (everyone grows up, right?) But having left university fairly recently in the grand scheme of things and being a similar age to what Connell and Marianne would be now, the phrase that kept coming to mind was too soon, too soon. The memories Normal People evokes in me aren’t the kind that I’ve had decades to digest. Rather, I sometimes wake to discover my subconscious hashing them out in dreams.

To decry the privilege of these lightly politicised and fashionably leftist characters would be like admitting that I’ve only been to one protest myself — and a peaceful march at that. To sing the praises of how Marianne and Connell navigate nomadic long-distance relationships within the precarity of the post-financial-crash socio-economic landscape would seem uncomfortably like singing my own. Thus, coming to write this, I felt I’d rendered myself somewhat mute. 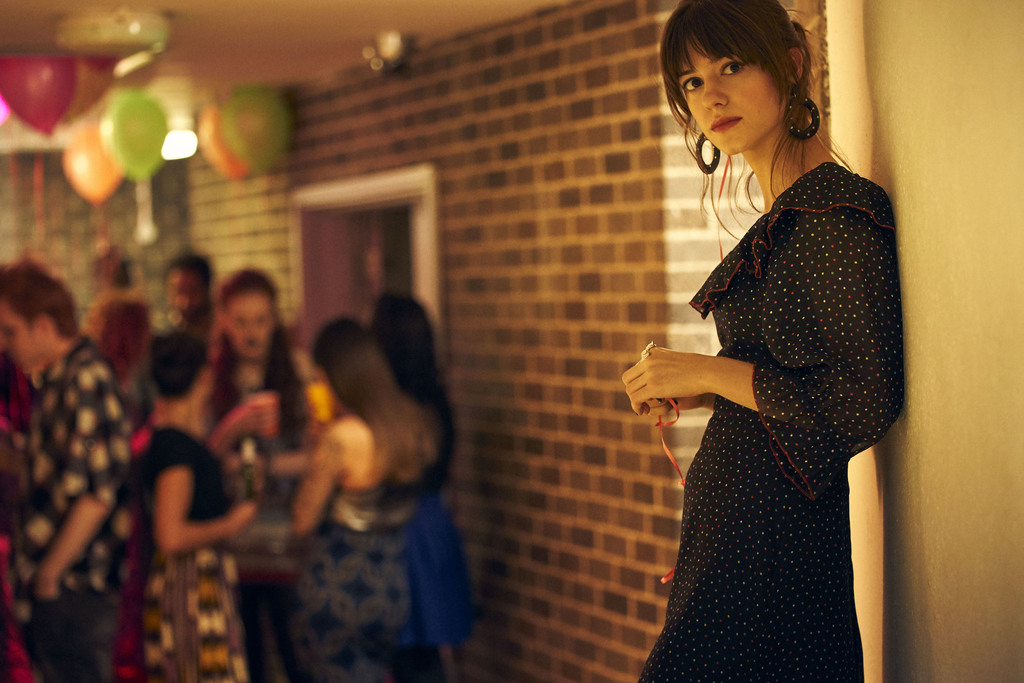 But then I considered how a complexity surrounding muteness and expression might be built into the series. Consider that the first thing we see is a medium shot of Marianne from behind, walking alone down the school corridor, while her fellow students are talking in pairs around her. She’s wearing a French plait as practical as it is childish, one that seems to say ‘I don’t care if you think I’m pretty or not,’ which is also of course a way of simultaneously expressing the opposite. She gets a book from her locker. As she does so, she glances at Connell, who is talking with friends, and Marianne almost imperceptibly swallows; still, it’s enough to convey both that she wants to say something and that she’s repressing that want, swallowing the words. Cut to the classroom, where she’s suddenly surprisingly outspoken, popping off to her English teacher, ‘Don’t delude yourself. I have nothing to learn from you.’ She’s a strangely articulate mute.

If Marianne’s behaviour seems melodramatic, then you’d be right — but the term needs some clarification. Televisionaries ask ‘Is Normal People high art or just another teenage soap opera?’ Jessa Crispin for The Guardian says, yes, it’s ‘a gutless soap opera’. Many critics have remarked on its soapiness; some dismissive, others attempting to recuperate it from this charge.

Indeed, Normal People has many soapy features: resistance to narrative closure; frequent use of medium and close-up shots to generate intimacy; near constant musical accompaniment to underscore its emotional effects; and, above all, people in domestic settings falling in and out of love while displaying passionate feeling. But ‘low-brow’ soap operas or melodramas are so often denied cultural status, even though they are an aesthetic phenomenon. I think Normal People puts a melodramatic aesthetic to good use.

The prevailing myth about millennials is that they — we — are a melodramatic generation (needy, entitled, narcissistic, complacent), and Sally Rooney has been widely proclaimed to be the voice of it. 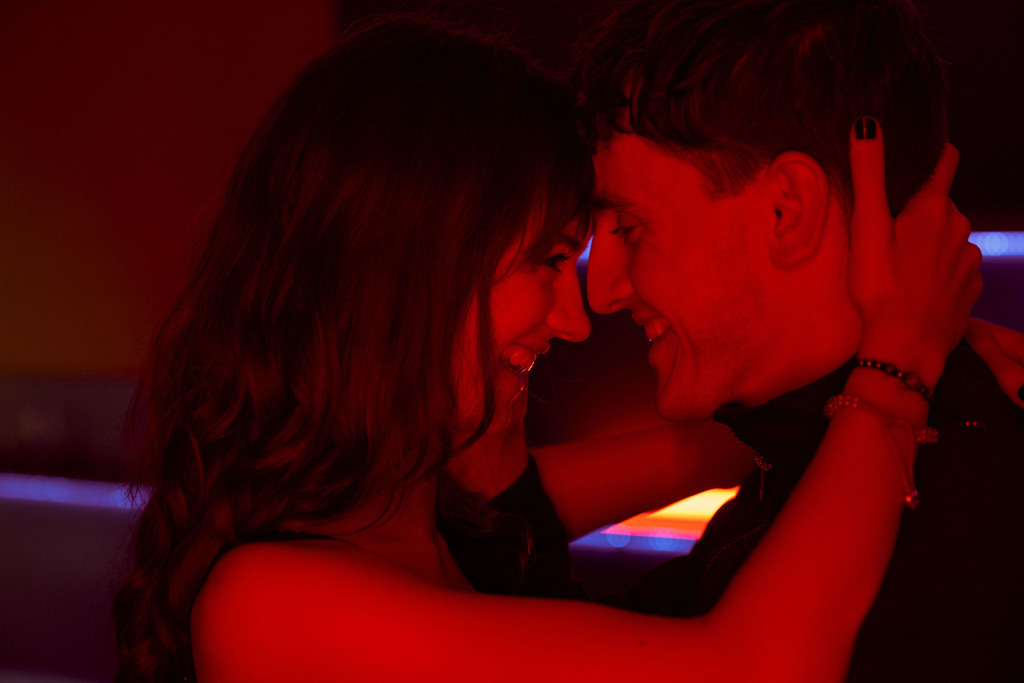 For Peter Brooks, different kinds of drama have their corresponding sense deprivations: blindness is everywhere in tragedy, for example, because it deals with insight (or rather, those who lack it); for melodrama, it’s muteness, since it is concerned with expression.

Characters in melodrama frequently articulate their moral and emotional states. The genre seeks to make moral problems clear and stark. Yet paradoxically, Brooks says, when it comes to climactic moments, the genre so often breaks down to non-verbal means of expression, such as gesture and tableaux (I can't help but think here of Eastenders' end of episode doof doofs and four-second reaction shots.)

Applying Brooks’ framework to Normal People, we might note how frequently and directly Marianne and Connell try to examine their moral make-up (‘I don’t know why I can’t be like normal people… why I can’t make people love me’, ’Sometimes I think I deserve bad things because I'm a bad person’, etc.) However, when it comes down to it, and without spoilers, it’s so often their inability to express what they really want that leads to heartache. The proliferation and intensity of sex in Normal People – sex which is healing, transformative, communicative – demotes dialogue to near inconsequential; it gets to the point you think the pair were born to be horizontal, voices muted by kisses. 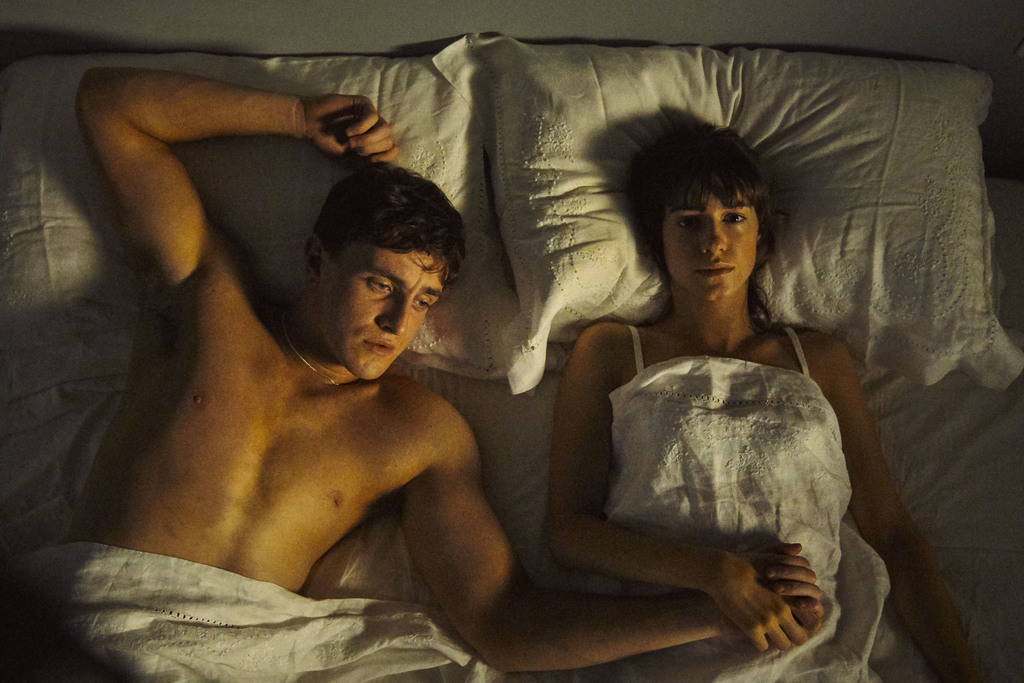 The prevailing myth about millennials is that they — we — are a melodramatic generation (needy, entitled, narcissistic, complacent), and Sally Rooney has been widely proclaimed to be the voice of it. What, then, needs total articulation, and what is perhaps unsayable?

One of the riskiest things Normal People articulates (because melodramatic, banal) is that our personal relationships are inextricably bound to the society around us; the way that Connell and Marianne navigate their world, with a radical interdependence, borders on transcendent.

What Normal People implies but leaves unsaid is that we live in a system of melodramatic struggle. Modern political leaders posit continuous battle with an enemy — inflation, Brussels, more recently the virus — and upon the victory of its expulsion we reaffirm a society of normal people. In Rooney’s work, normality is equated with public morality. Perhaps it is in her life, too: when the author was on the campaign trail for reproductive rights leading up to the Irish 2018 referendum, she told The New York Times she ‘felt incredible happy to feel normal’. 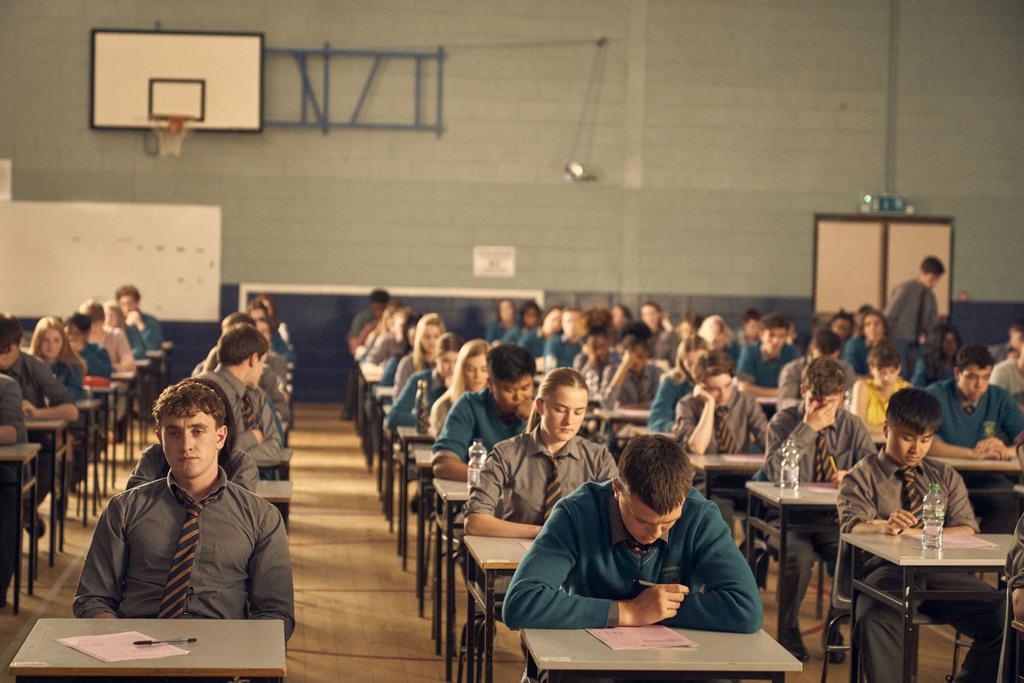 Coronavirus rhetoric has seen war declared on an invisible evil — indeed Boris Johnson called it ‘devilish’, as he invoked the Blitz spirit. Meanwhile, we’ve all woken up to our vulnerability and interdependence, like jejune, little millennials. We are urged to recognise the forces of virtue and evil fighting it out within ourselves: resisting normal impulses such as seeing friends or popping in to the shops is now a heroic act. Lockdown has shown us – after Normal People – that a relationship, a household, is a new form of moral responsibility. In these exceptional circumstances, as we all anticipate the new normal, and the new normal after that, could we drop our valorisation of independence, and adopt a radical interdependence, instead? Rather than a return to normality, might we be able to squeeze a better, more equal normal from this crisis? It’s through melodrama that we might map a new social model.

The nostalgia evoked by Normal People is all the more complicated, as viewed from a time when we’re all nostalgic for normality. The word ‘normal’ is often prescriptive, the power to divide and distinguish things and people; whether dished out in school common rooms, or fiercely debated in Parliament. At the same time, it’s really difficult to decide what normal is; rather, it resists full articulation, exists elastically between people, like you and me, like Connell and Marianne. Normal People is a rapturous and painful watch. Not least now, when those late-teen formative moments are an analogue for the growing pains of a new world order.

Maybe millennials are melodramatic. Or maybe they are like mimes, scoping out the edges of the curious glass box they find themselves in. Enough now. In the words of Marcel Marceau: ‘Never get a mime talking. He won’t stop.’