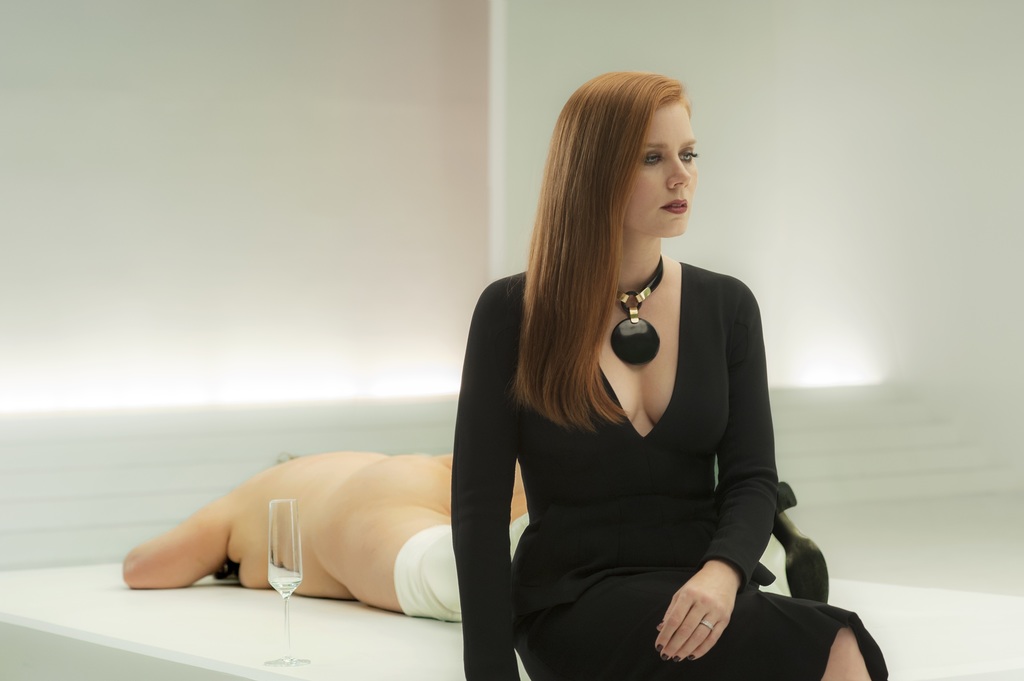 Meet Susan. She’s a successful gallerist living in the surreal luxury of the LA art world, but something’s missing.

Meet Susan. She’s a successful gallerist living in the surreal luxury of the LA art world, but something’s missing. She can’t sleep; her husband is unfaithful and emotionally absent; the glamour of her career has lost its sheen. She floats through private views and dinners at beautiful restaurants without a smile. When she receives a package one morning, she finds inside a manuscript of a novel by her ex-husband, Edward. Its title is ‘Nocturnal Animals’, and it’s dedicated to her.

As she begins to read, her life starts to unravel. In the book, a man called Tony sets off on a road trip with his wife and daughter. They decide to drive through the night, but get into trouble when a car peopled by three young men starts playing chicken with them, eventually running them off the road. As the tone moves from tense to downright chilling, the men trick Tony into leaving the car and one jumps in, driving off with his wife and daughter. Visibly shaken, Susan stops reading – which means we have to stop watching. 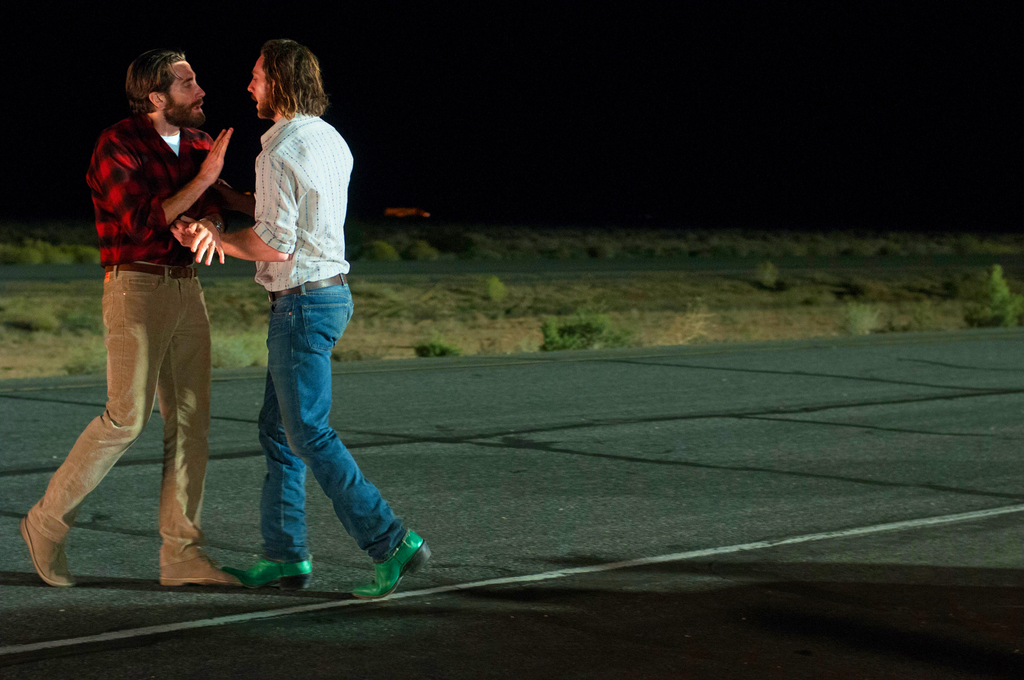 Life imitates art, they say. In Nocturnal Animals, by Tom Ford, the life of its characters rubs alongside and hangs from the art it features, both visual and written. The film opens with a film: as soaring music plays and the credits roll, obese women dance in slow motion, decked only in cheer-leader-esque hats and pompoms. Although we learn the footage is part of an exhibition opened by Susan, our protagonist, it’s presented initially with no context at all. With the benefit of hindsight, we realise we have watched it in just the same way as the attendees of the private view would have done, and the fourth wall is running a crack.

The structure of the film relies on a dual narrative, one unfolding in the world inhabited by Susan and her husband, her gallery and her past; the other takes place within the manuscript, and somewhere in the middle lies ‘truth’. The camera and soundtrack alternately slide and jump between the two stories, and blur the distinction between them. After a gun-shot rings out from the novel’s universe, Susan jumps in hers. Nocturnal Animals seems a fitting label for the men who brutalise Tony’s wife and daughter, but it’s also a nickname Edward had for Susan when they were together. The ‘real world’ she inhabits is far stranger, colder and more disjointed than the universe Edward conjures up, full of colour, pain and human cruelty. More than this, and for all our suspension of disbelief, we’re watching a film with its own writers, actors and director. Any charge Ford lays at the door of art, then, is implicitly lain at his own as well.

The film opens with a film: as soaring music plays and the credits roll, obese women dance in slow motion, decked only in cheer-leader-esque hats and pompoms. 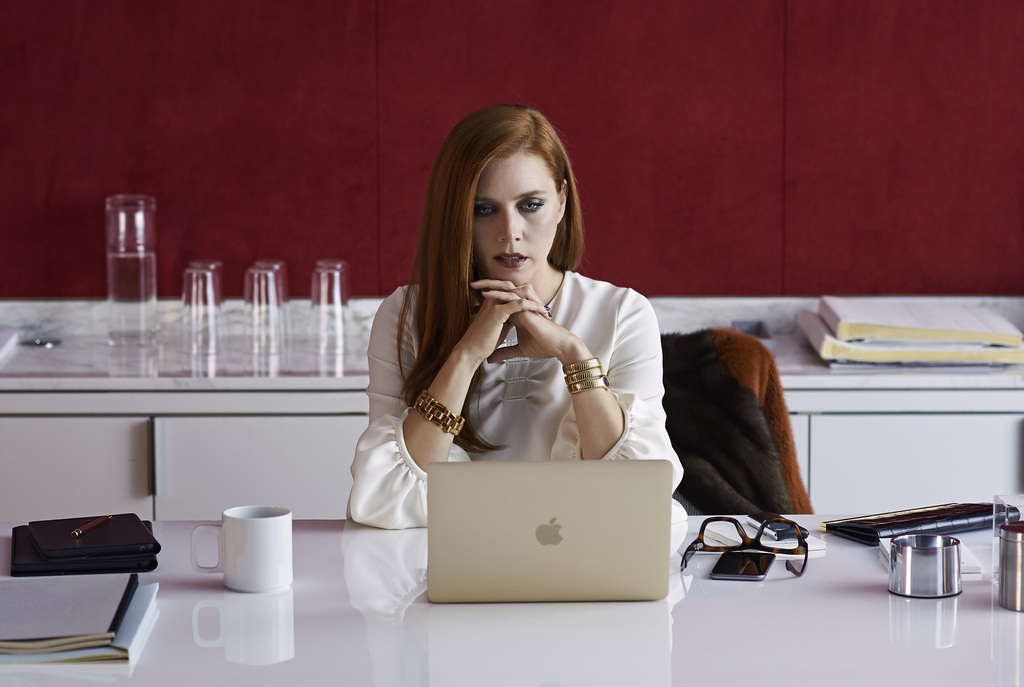 David Lodge wrote that ‘If the self is a fiction, it may perhaps be the supreme fiction, the greatest achievement of human consciousness, the one that makes us human.’ The only actor to appear in both realities is Jake Gyllenhaal, who plays Edward and Tony. Whether it’s Edward’s mind or Susan’s which casts him as the hero in the book (after all, he wrote it; after all, she’s reading it) Ford’s thinking about the stories we tell ourselves, and the parts we come to play in them. The roles we’d like to think of ourselves in are often divergent from the ones we feel we inhabit. It’s a proposal for a way to think about art, human beings, and the narcissism which connects them. The faces we imagine for characters we’re reading about don’t tend to be filled in completely by our own or those of people we know; part of the contract we make when we begin a novel is to ‘see where we end up’, and if you cast your melancholic cousin as a character who turns out to be a peppy sidekick, the story won’t taste right. Rather, we look for experiences we recognise, and our mental pictures of the characters become more three dimensional as we read on and add more facets to them. Consuming art, reading books, watching films, is a way to see ourselves, and Susan is learning something she doesn’t like. 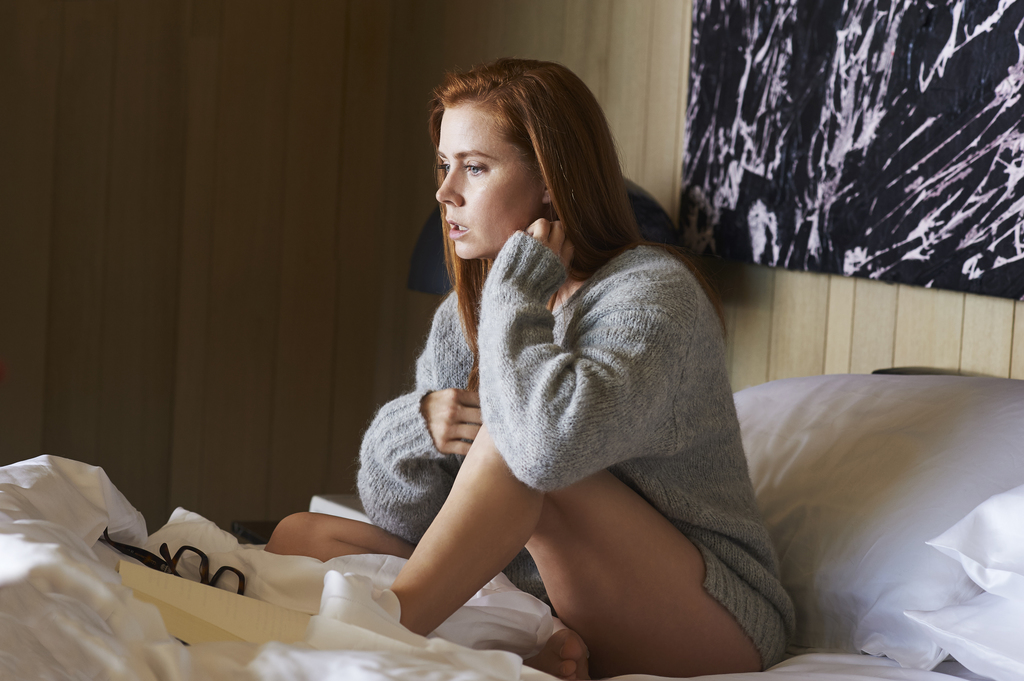 We catch up with her as Ford begins to allow us snippets of context in the form of flashbacks; Susan and Edward were together in their twenties. She was studying art, and he was an aspiring writer. Her mother, whom she despises, warns her that what she loves about Edward now will be what splits them up in the end. Susan insists that she’s wrong, and that they’ll marry anyway – which they do, but it doesn’t take long for the cracks to appear. We see Susan criticising a passage of writing Edward has stayed up all night working on; she encourages him to do something else with his life. Finally, she leaves him like her mother predicted she would, and we come to understand the root of her current pain. By rejecting Edward in favour of wealth, security and a man who can give it to her, she has become everything she ever hated. The violent death of Tony’s wife in Edward’s book begins to look like a metaphor for the brutal way in which Susan left him, and the expiration of her idealism.

Nocturnal Animals is about revenge, narrative and art. Its sliding between stories comes to show that the many tales which make up a life are all part of the fabric of a much larger one; at least, that their categories are an illusion. Art is something humans make, and consume, to learn about themselves.

Art is something humans make, and consume, to learn about themselves. 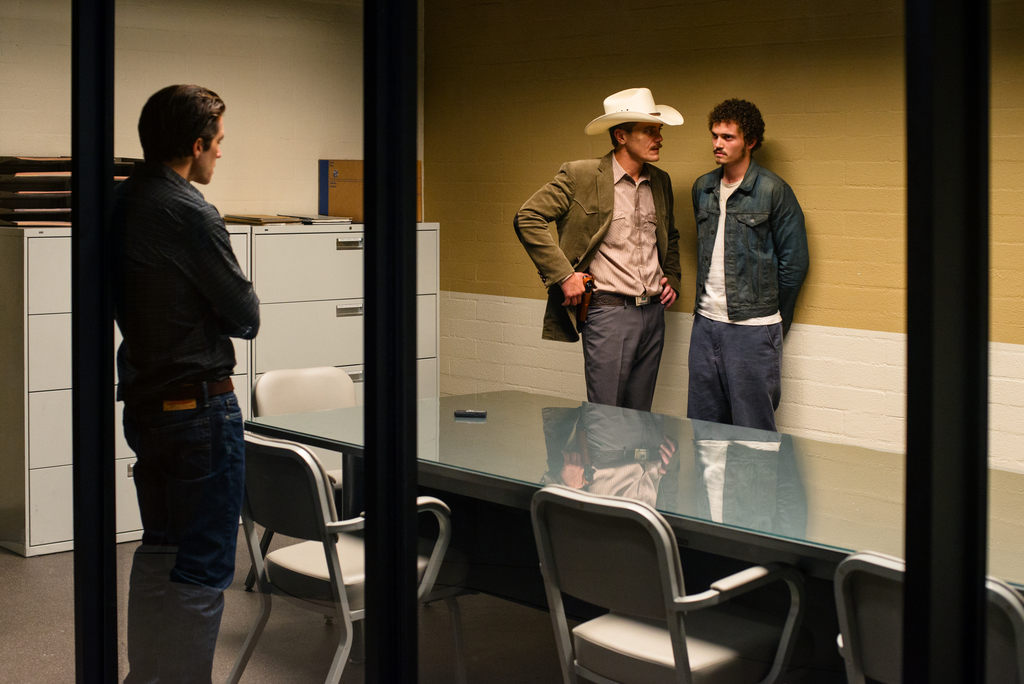 In a recent review of the film in The Guardian, Victoria Coren Mitchell made the (perfectly true) point that women, brutalised and murdered, might not look so picturesque as they do through Ford’s lens. I would argue that we don’t want them to; art is a veil drawn over truth, and that’s exactly what we use it for. Of course, the double layering of narrative in Nocturnal Animals means that the bodies on the couch are part of a story within a story. Whether they’re pictured in Susan’s or Edward’s head, they’re two removes from reality. After Susan reads about them we jump back into her world as she rings her daughter who we find lying in bed, naked, still, pale and redheaded as the women in the story her mother has leapt from. Fiction is generally kept at arm’s length, and Ford experiments with bringing it too close for comfort – for Susan, and for us – whilst foregrounding the artifice of his work. It’s quite a feat.

In a recent review of the film in The Guardian, Victoria Coren Mitchell made the (perfectly true) point that women, brutalised and murdered, might not look so picturesque as they do through Ford’s lens. 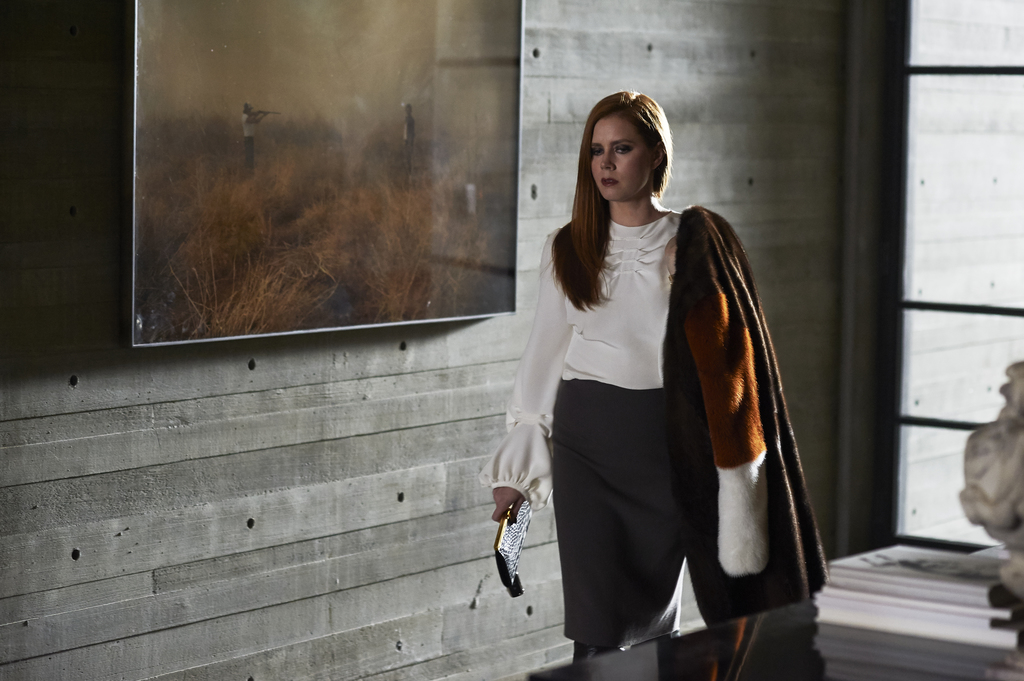