Nice to meet you.

A teenage boy, in that limbo between the delicacy of childhood and the squareness of an adult male, looks over our heads and out into the room. His hair is feathery, he’s smiling a little, self-conscious under our gaze and ruminating on god knows what. It could be a photo taken yesterday, if it weren’t for his high-collared doublet, the tell-tale black chalk – and the caption beneath the frame: Young man looking to his left, by Francesco Salviati, c.1540. Of course, it’s no mystery as to what’s universally appealing in portraits like this; boys will always be boys, faces always compelling, no matter when they were depicted. The question, it seems to me, is thus: why do we keep looking at works like this, almost 500 years after they were made? What holds our attention?

Why do we keep looking at works like this, almost 500 years after they were made? What holds our attention? 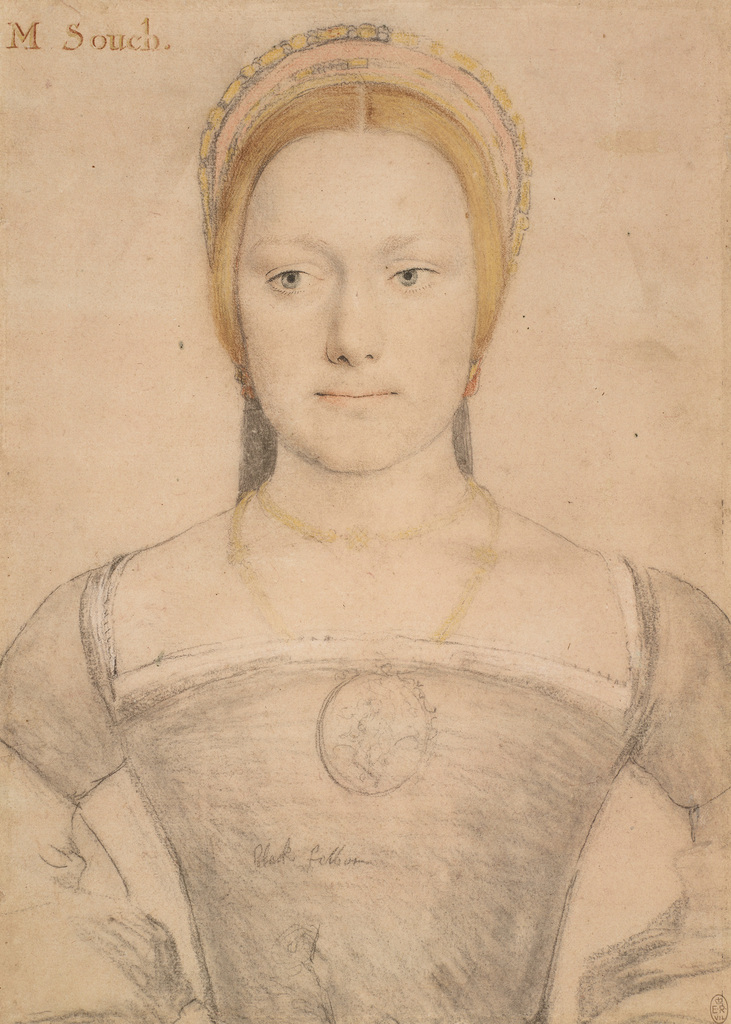 The Encounter, an exhibition at the National Portrait Gallery until October 22nd and featuring work by some of the outstanding masters of the Renaissance and Baroque periods, feels a little like walking into a party. When I visit, there are more portraits than people, but the sense of bodies in the room encompasses those on the walls as well as those milling round them. You can meet eyes with a good portrait, and here I can almost reach out and touch the cheek of Man with Shoulder-length Hair, or John More. The subjects for these drawings range from aristocrats and courtiers commissioning official portraits to studio assistants and other people close at hand to the artists, like friends and family. Crucially, their likenesses were never meant to be displayed in this form – rather, these drawings were tools to be copied by budding artists like a training manual, or a note-to-self for the master approaching a painting. Sometimes, of course, they were made purely for pleasure, and given as gifts to their subjects. There are traces, then, of the artists as well as the sitters in these works. Due to the speed at which many of them were made, many aren’t ‘finished’: sleeves lose out to faces, or, in the case of da Vinci’s Study of a Nude Man, face loses out to anatomical accuracy. The artist’s priorities are betrayed by where he has spent his time on the page or canvas.

You’ve met Young Man Looking to his Left, but how about Durer’s Henry Parker – 10th Baron Morely, no less? Not so sweet as the boy above, his drawing was a study for a painting, composed to communicate his power and prestige as Henry VIII’s representative. For all his finery, and carefully arch facial expression, there remains a human being behind the pomp; a little tired, perhaps overwrought. Commissioning the portrait as he did, Morely would have wanted the finished piece to project statesmanship, sobriety and distinction (all that breeding!) It begs the question of its viewer what they might want to communicate about themselves, were they to be painted. It draws into focus the information we’re trying to project every day, in the ways we speak and dress, move and stand. 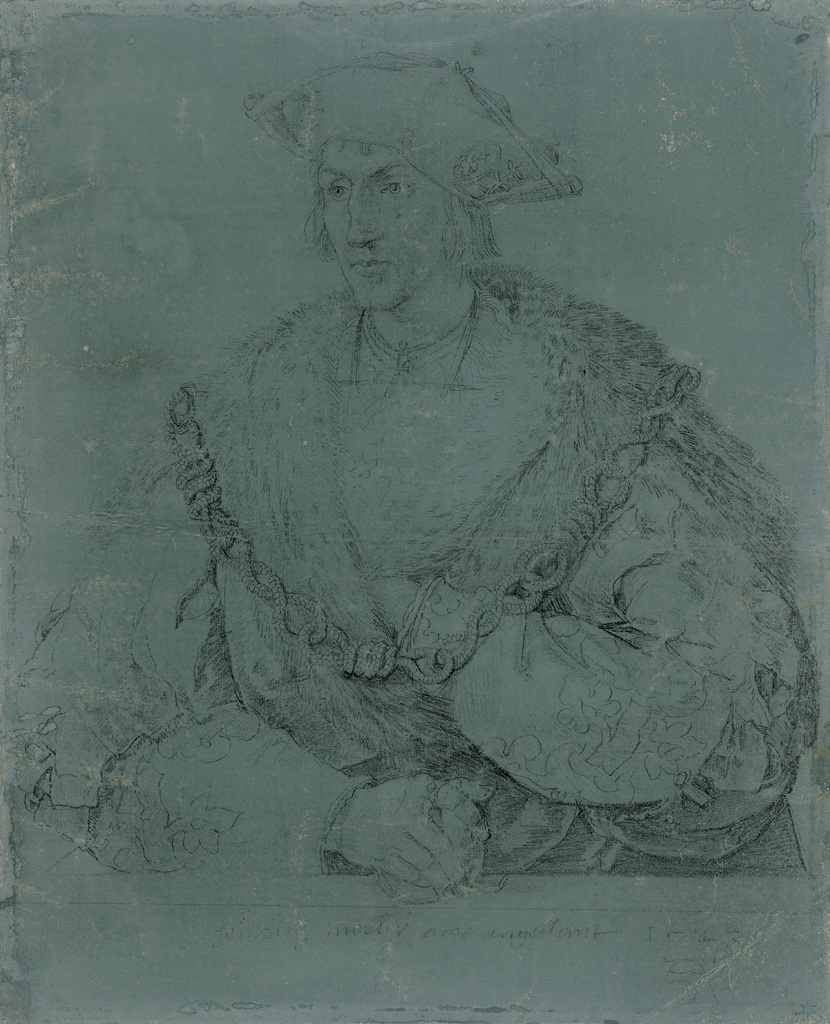 Portraiture, the subject of The Encounter, will always hold a special power. Think of artists like David Hockney, Alice Neel or John Currin who have picked up the mantle set down by classical art and made portraiture their own, subverting and expanding its conventions. As wildly sociable animals, we’re compelled to pull faces out of eyes on a potato, pre-programmed to recognise them seconds out of the womb. But why do we return to, say, Gainsborough’s landscapes? Raphael’s Assumptions? I don’t mean to suggest that we shouldn’t, but it’s worth interrogating. After all, it’s not like nothing of note has been produced in the intervening centuries. And, in fact, popular contemporary art today doesn’t look remotely like the Renaissance frescos in the National Gallery, or the 18th Century kitsch on display at the British Museum. Rather, each movement is birthed from the last, like a family tree, splaying outwards and knotting branches as different styles proliferate and other traditions are incorporated into the western canon. That’s an important consideration here – I have neither space nor knowledge to outline the myriad artistic conventions as they have evolved and intersected throughout the world, as cultures and religions rise and fall. Nonetheless, what we’re looking at in The Encounter is a direct descendant of every art movement to have come out of the western world, and every civilisation known to it at the time the artists were working. This is what constitutes the canon.

As wildly sociable animals, we’re compelled to pull faces out of eyes on a potato, pre-programmed to recognise them seconds out of the womb. 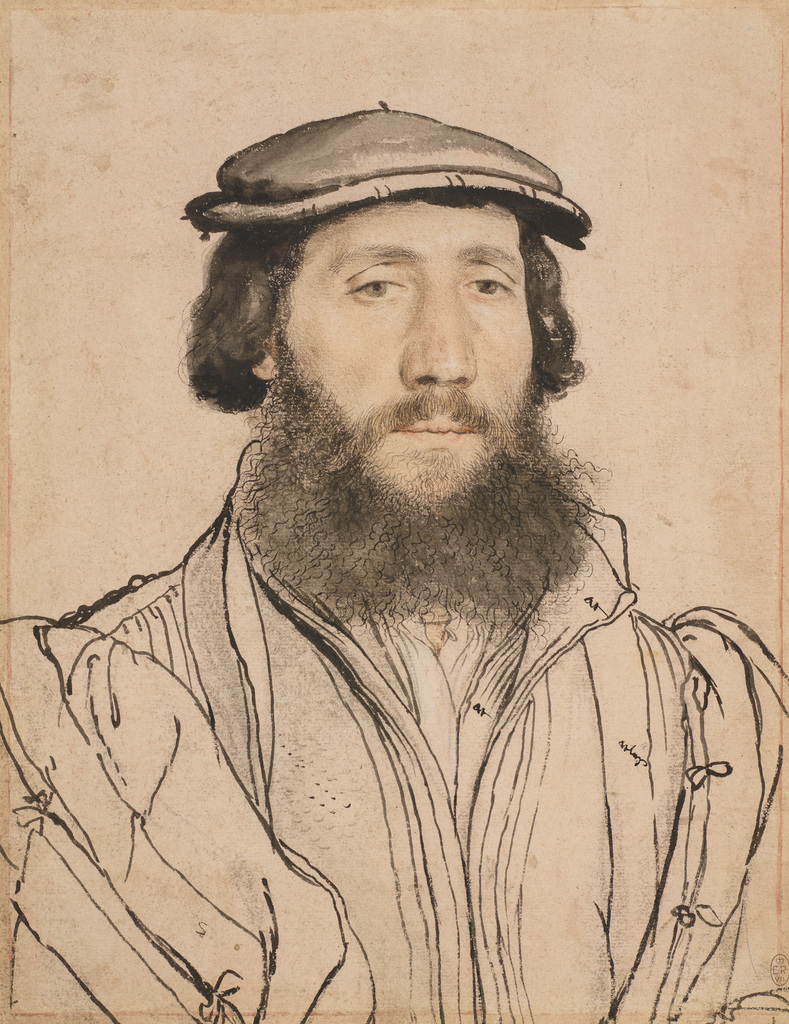 There is another important distinction to be made, relevant here, between the kinds of institution within which we consume works of art. ‘Modern’ art is partly valued for its novelty – to say, I’ve seen that before, or that looks like a…, is to accuse the artist in question of unoriginality. This is the kind of art we see in White Cube, for instance, or Thomas Dane. On the other hand, the grand institutions of the world function as somewhere between the above, with a rolling programme of contemporary art, and a permanent collection, more or less like a museum. When does a ‘work’ become an ‘artefact’? The drawings in The Encounter hover between the two categories; as paper became more readily available, artists could afford the materials to test out their skills in different mediums. The pages themselves were generally considered studio ephemera, reference points for larger works and the means to hone a craft. Undervalued in their own time, sketches from all over Europe have found their places in some of Britain’s most prestigious collections. Partly, this must have due to the comparative cheapness – not to mention physical lightness – of drawings as opposed to larger canvases, meaning they were easier to obtain and transport. More than this, though, the clean simplicity of many of the drawings make them thrilling works in their own right. 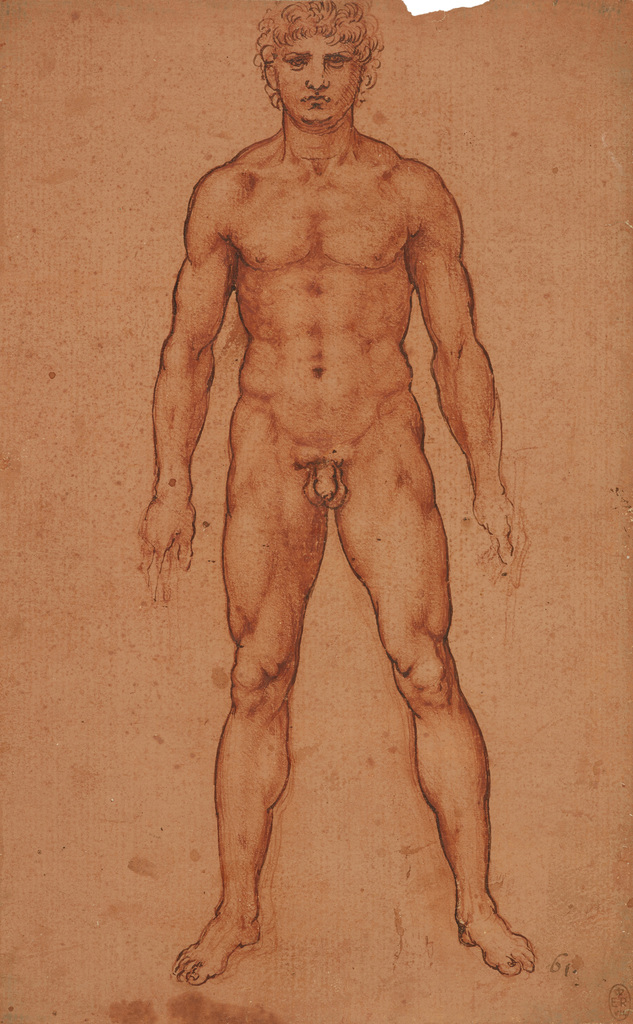 What slips into the canon is sometimes haphazard, sometimes a given. It’s also a selection process completely mediated by culture – it is culture – and so it’s almost impossible for me to see it clearly, as someone who has grown up in its thrall. All this being said, there must remain some intrinsic quality to the works which become the standard for all others, the works children study in school, dragged on pilgrimages by their parents to see them in person. There is some quality which transcends time, more than just vague ‘timelessness’ – because the works in The Encounter, and exhibitions like it, are distinctly ‘of their time’. This return, practiced across culture in not only visual art but music, literature and newer mediums like film and photography, acknowledges that duality. There’s a little anthropologist in all of us who loves to coo, oh look what it was like! Imagine eating a meal like that, or wearing something so strange! There’s no small joy in noticing the detail outside the faces – jewellery, conventions of posing, hairstyles – as much as the human beings within them. There remains, though, a deeply human joy in relating to them as much as noticing difference. She could be my age, I think, of Holbein’s Woman Wearing a White Headdress.

There’s a little anthropologist in all of us who loves to coo, oh look what it was like! Imagine eating a meal like that, or wearing something so strange! 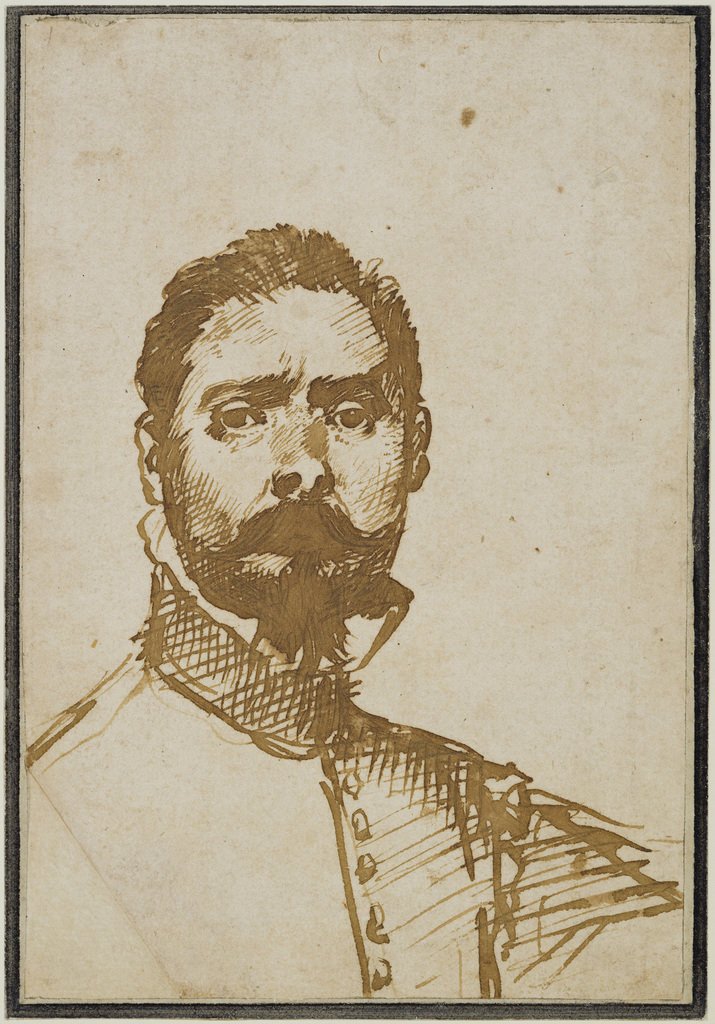 When we look at classical works of art, we’re looking for virtuosity in a way we might not be with the contemporary, where concept tends to trump skill. It’s where the two collide that a masterpiece emerges, I suspect. We’re in awe of the detail executed with sticks of chalk and quills, but more satisfaction comes from the simplicity of conceit. The sprawling wall paintings of gods and battles, saints and demons, have a clear agenda beyond the viewer’s pleasure, or the artist’s. In the case of The Encounter, we’re meeting the artist just as much as their sitter. More than this, and due to the nature of the medium of these drawings, the artist is unencumbered by the rigidity of official portraits, wherein an idealised version of the subject is hewn from their reality. Here is a human being, rendered by another, looked at by a third. These drawings offer a three-way encounter, pulling individuals across centuries and continents in a kind of magic. For all the accuracy afforded by technological advances like photography or computer graphics, these images have lost nothing for their hand-made-ness. On the contrary, the fact that an artist had to sit with their subject, for a shorter or longer amount of time, and sacrifice one element of the composition at the expense of another, makes them all the more powerful. The medium reveals as much about the artist as it does about their subject; nice to meet you. In some way, and if the most specific is the most universal, a portrait of one person is a portrait of us all.

The Encounter: Drawings from Leonardo to Rembrandt is at the National Portrait Gallery, London, 13 July - 22 October