We begin in New York. A New York where rent claims nearly 90% of your income and the city’s most famous monument has grown wings and found some ‘extra’ liberty. Netflix’s new series, Maniac, is set in a world of electronic advertising and cybernetic commerce; a whimsically nostalgic near-future, where primitive computer monitors appear not to have developed since the 90s and automated pooper-scooper bots follow dog walkers through its streets.

Pill A forces each subject to relive their trauma; B exposes the minds defence mechanisms and blind spots; C prompts their confrontation and, finally, acceptance. 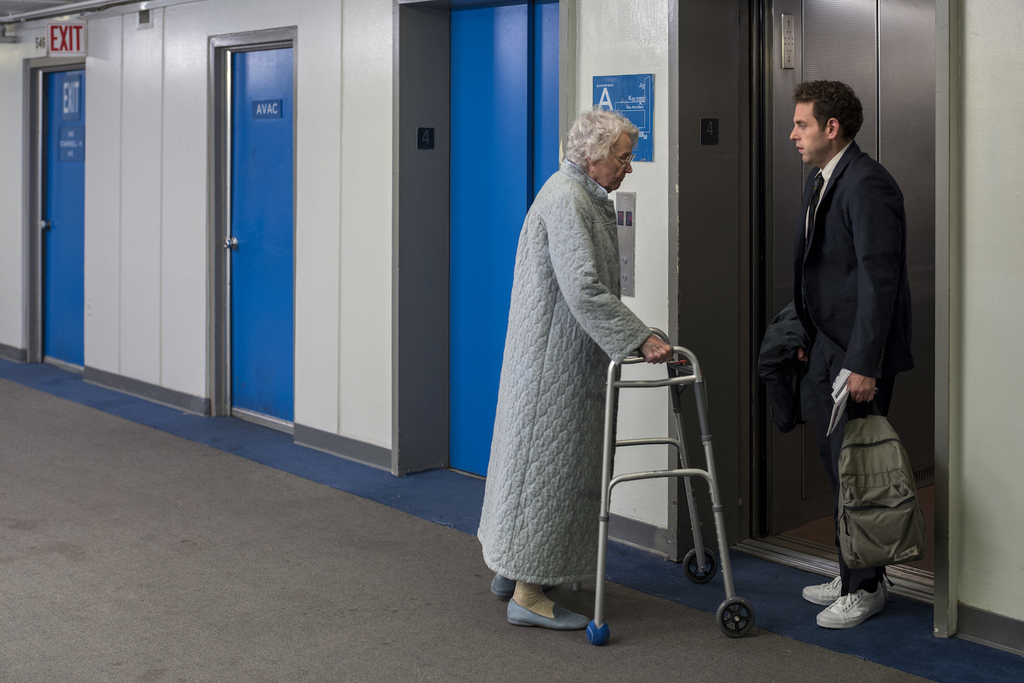 Part “Mr. Robot,” part “Black Mirror”, Maniac lends an absurdity to contemporary anxieties and centres around powerful performances by Jonah Hill and Emma Stone. Hill plays Owen Milgrim, the melancholic and introverted son of a wealthy family which ridicules and takes advantage of him. Diagnosed with schizophrenia, Owen has visions telling him that a canny stranger named Annie Landsberg (Stone) will reveal to him his heroic, elaborate, secret mission in life.

Both victims of emotional trauma, Annie and Owen meet at a medical trial taking place within the Kubrickian labs of Japanese mega-corporation Neberdine Pharmaceutical Biotech (obligatory sci-fi grey jumpsuits and sleeping pods included). The subjects are there to test a radical new procedure set to eradicate human pain and suffering. Each subject is to be dosed with three pills: A, B and C. The combination of the drugs and an emotionally intelligent computer induce a dream-like state, attempting to cure the subject through a unique form of psychotherapy. Pill A forces each subject to relive their trauma; B exposes the minds defence mechanisms and blind spots; C prompts their confrontation and, finally, acceptance. You’ll be surprised to hear that this does not go entirely to plan. 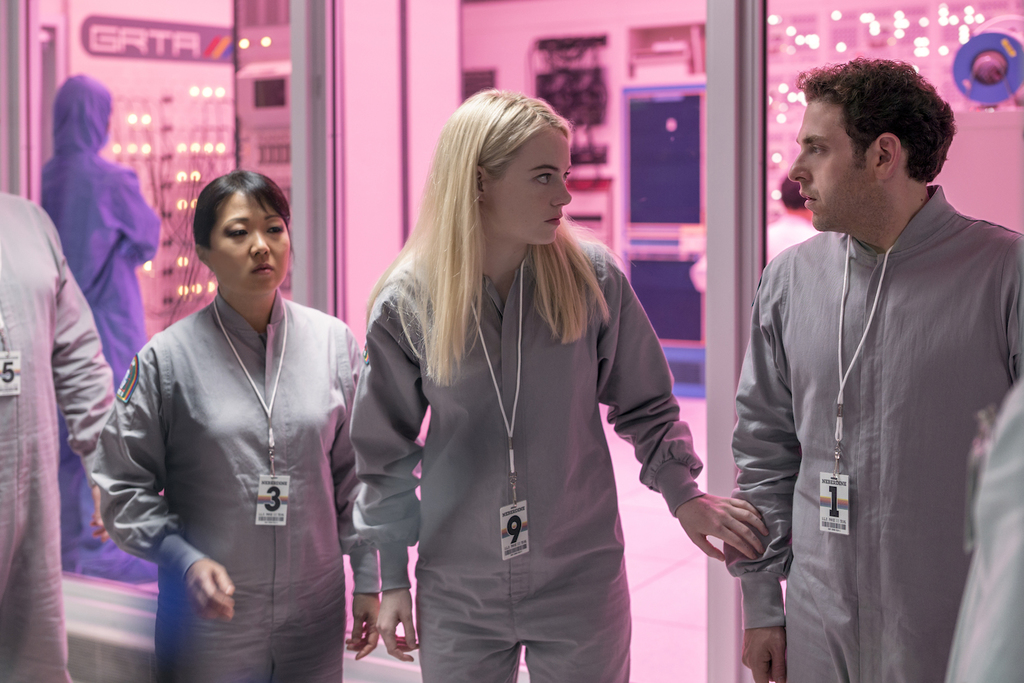 Things really get interesting when it’s time to take Pill B, and a fault in the system sees Owen and Annie’s drug-induced visions overlap and collide. From here we are thrown headfirst into a world of interconnected “reflections” which hurtle across space and time (think Inception meets Eternal Sunshine of the Spotless Mind). What follows is a series of surreal narratives that contain allegorical connections to each subject’s trauma.

Each of the subsequent voyages into the subconscious highlights how a dream, however irrational or fragmented, can ventriloquise our deepest insecurities. Storylines shatter into one another and our central characters jump erratically between genre, all the while valiantly confronting their particular inner torments. The result is one of uncanny logic and easy slippage, eerily representative of a dream experience. At one moment Owen and Annie are permed and mulletted, searching for a Lemur in 1980s suburbia. The next, they are early-20th-century con artists attempting to steal the lost chapter of Don Quixote. Like a ‘real’ dream, each reflection is at once fantastical, obviously unreal, and somehow imbued with acute insecurities and problems: thoughts we cannot escape, even when asleep. The reflections that play out during the middle episodes of the series show Maniac at its most compelling. To visualise and personify subconscious thoughts of anxiety and depression is no easy task, but one that creator Patrick Somerville and director Cary Joji Fukunaga clearly relish.

To visualise and personify subconscious thoughts of anxiety and depression is no easy task, but one that creator Patrick Somerville and director Cary Joji Fukunaga clearly relish. 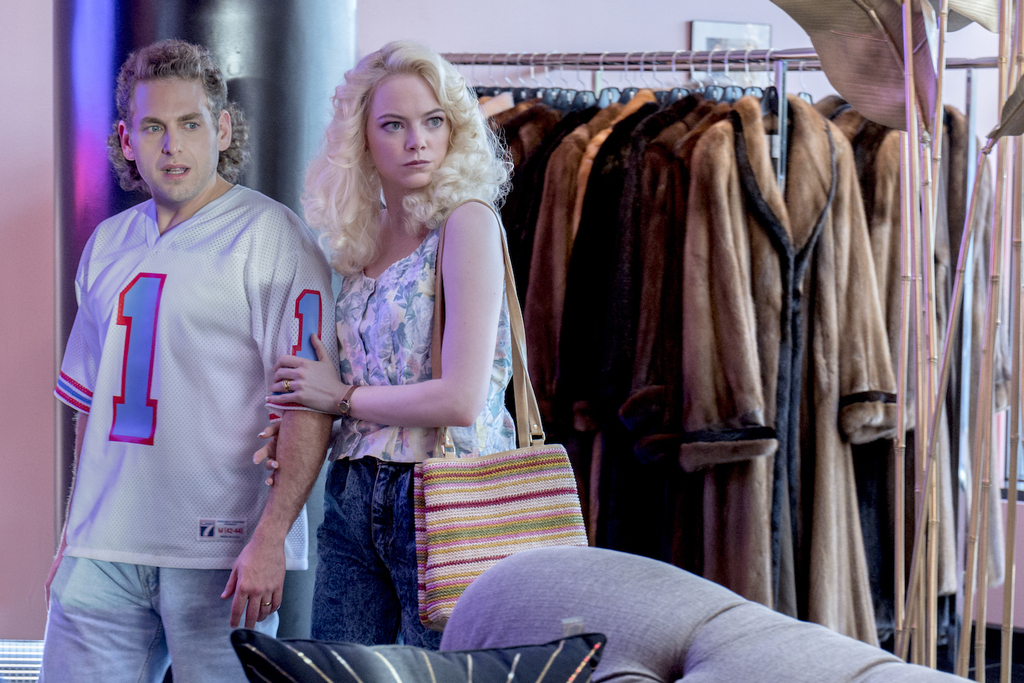 As the series progresses (in its real and dream worlds both) we begin to discover that it is not only the subjects of the experiment who are deeply flawed, but those in charge of it too. From the paraphiliac Dr. James Mantleray to the agoraphobic Dr. Fujita, each character brings their own idiosyncracies and imperfection to bear on the theoretically objective lab setting. With the revelation that even GRTA (“Gertie”, the vision-controlling computer), is suffering from depression, the series is sent spiralling toward its conclusion. As Gertie’s emotional state deteriorates, and as the experiment’s subjects approach the crescendo of their final ‘reflections’, mayhem ensues in the Neberdine lab. Both of the series’ climaxes—inside and outside of Annie’s and Owen’s visions—centre around chaos, failure and acceptance. Eventually, a kind of superficial resolution sees Annie and Owen leave the lab; they are told that they have been cured. The tests have been unanimously proclaimed a success. But has this nonsensical experiment really cured our protagonists? And have we learnt anything, this side of the screen? 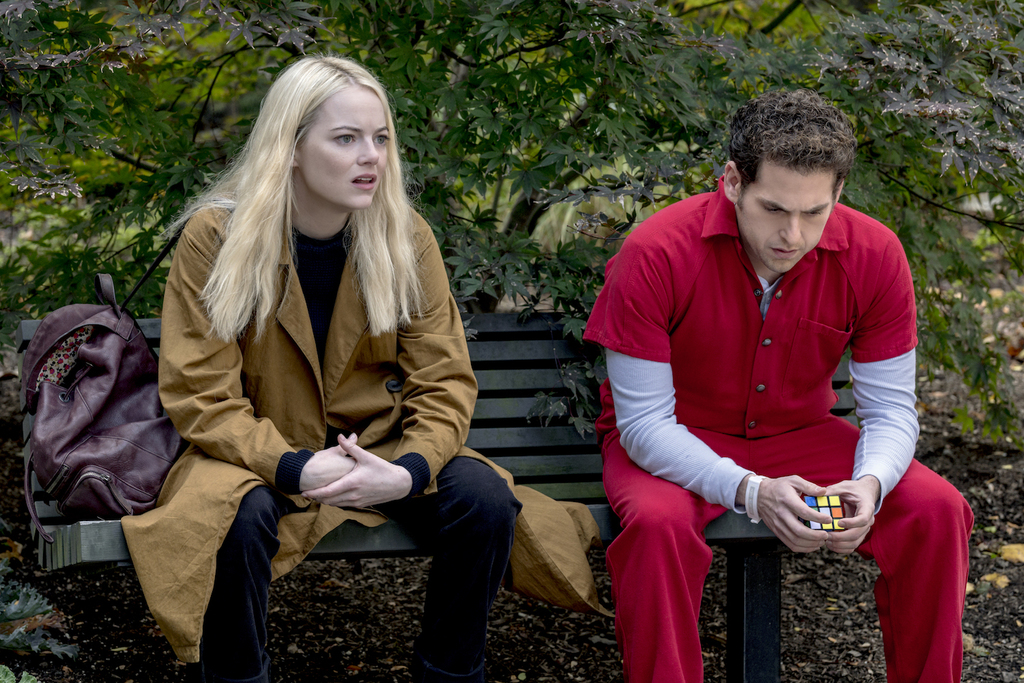 Maniac is compelling on looks alone – slick, sci-fi – but the series’ willingness to confront and represent inner torment ensures its appeal as more than skin deep. The questionable success of the experiment, refracted through its effects on facilitators and subjects both, remind us that the nuances of the human mind remain a mystery; it asks what ‘success’ in this context would look like at all. Joining Maniac’s cast of characters in their search for ‘normality’, we’re encouraged to search for it in ourselves – and to ask, ultimately, whether there is such a thing. 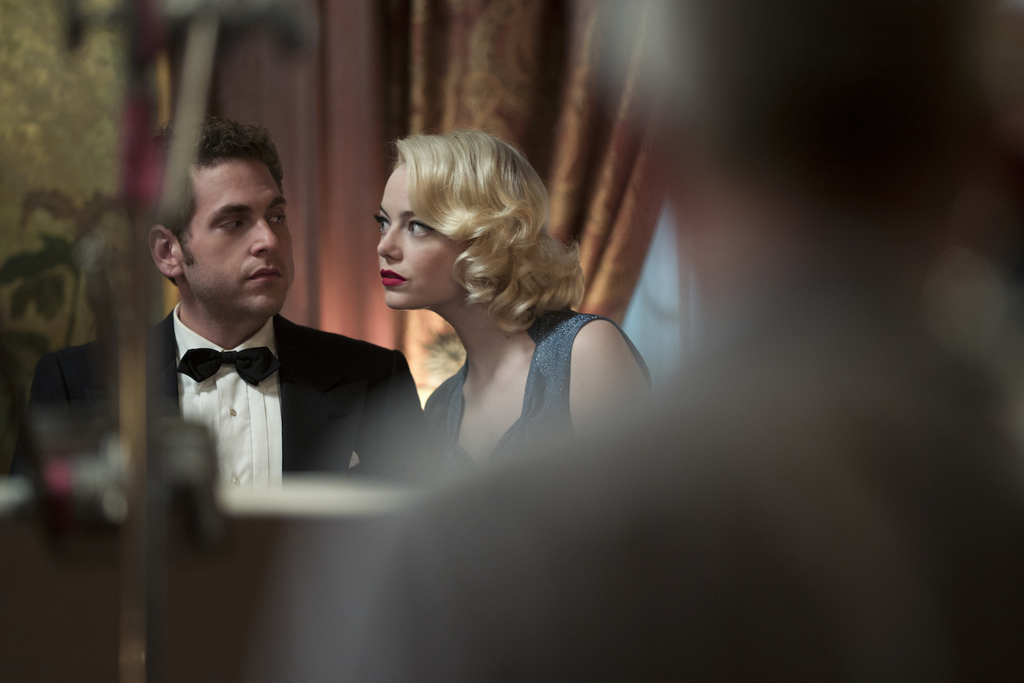