Looking to Culture in Crisis

In light of the Covid-19 pandemic, I find myself looking to culture for a variety of reasons that fluctuate with each news alert. Morbid fascination. Relief. Instruction. Distraction. In short, I want to understand an unbelievable situation. I want someone to tell me the story that I’m in.

I want someone to tell me the story that I’m in. 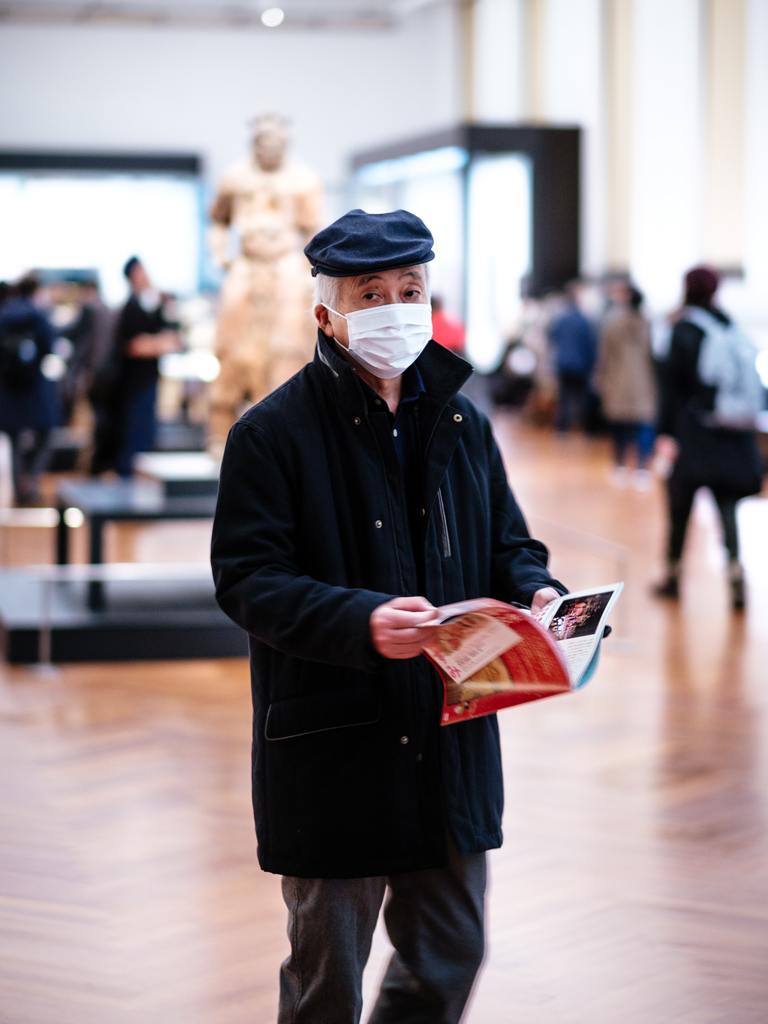 Photo by Lucrezia Carnelos on Unsplash

Imagine how startled I was, reading Albert Camus’ The Plague, to come across Dr. Rieux experiencing the exact same desire. ‘Pestilence is in fact very common, but we find it hard to believe in a pestilence when it descends upon us.’ This thought occurs right after the word ‘plague’ is uttered for the first time — but it’s a strange, hollow thing, which doesn’t yet hold weight. 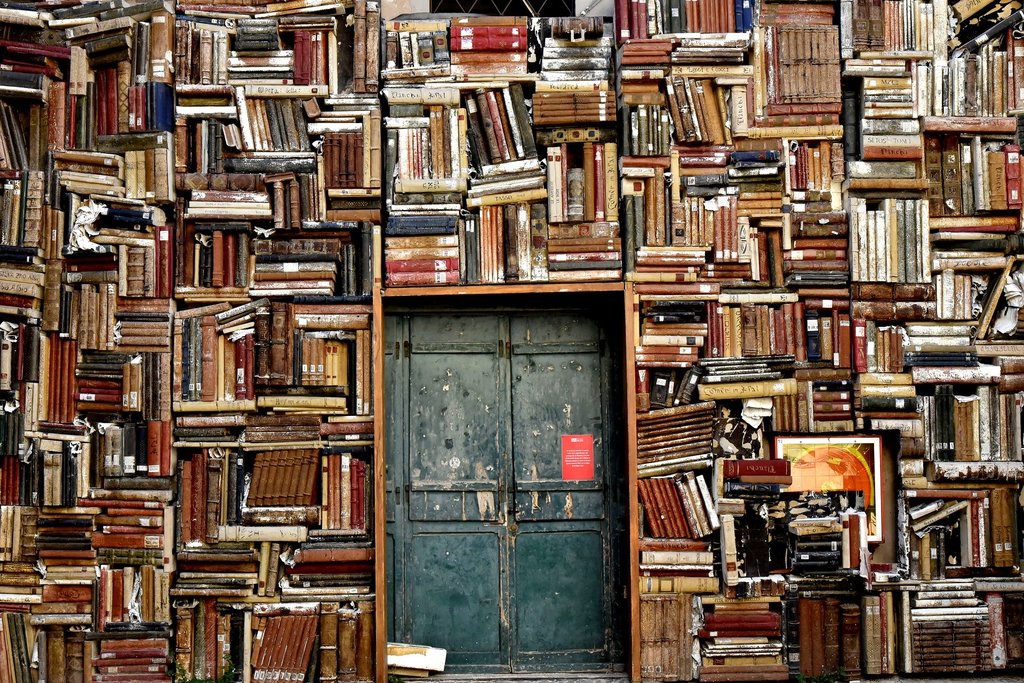 Image by Nino Carè from Pixabay

Like me, then, the doctor tries to will his own belief into being, turning to literature, thinking ‘of the pyres that, Lucretius tells us, the Athenians built on the seashore when they were stricken with illness.’ To comprehend the uncertainty around him, he begins imagining people ‘in the midst of a plague, not this one which would doubtless not prove serious, but one of the great plagues of history.’ Having turned to fiction to make sense of a situation which seems fictional, I find Camus’ novel doing the same. 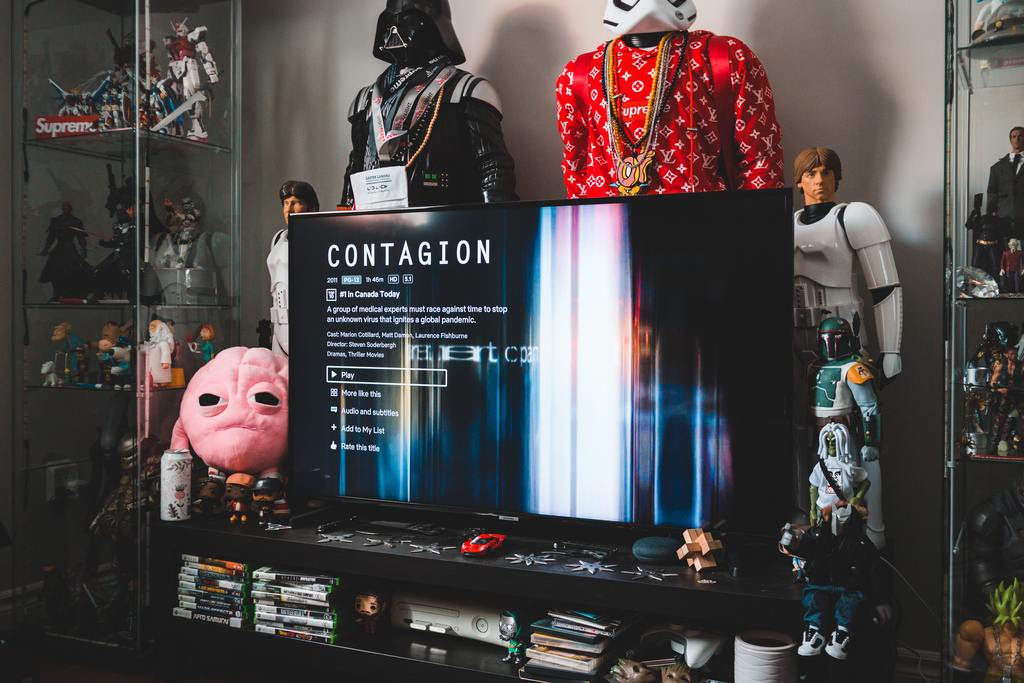 Photo by Erik Mclean on Unsplash

When I’m not consciously seeking out refuge in culture, my subconscious mind seems to be churning through its own archive of cultural debris to make the current crisis comprehensible. In moments of calm, when not thinking about anything in particular, songs play. To my shame, the irreverent hook from R.E.M.’s chorus fades in, ‘It’s the end of the world as we know it and I feel fine.’ It’s clearly my mind’s attempt to release the pressure valve on some background anxiety; as if irony alone can turn apocalypse to party. My subconscious might have bad taste, but I’m clearly not the only one: the 1987 earworm is back in the charts. 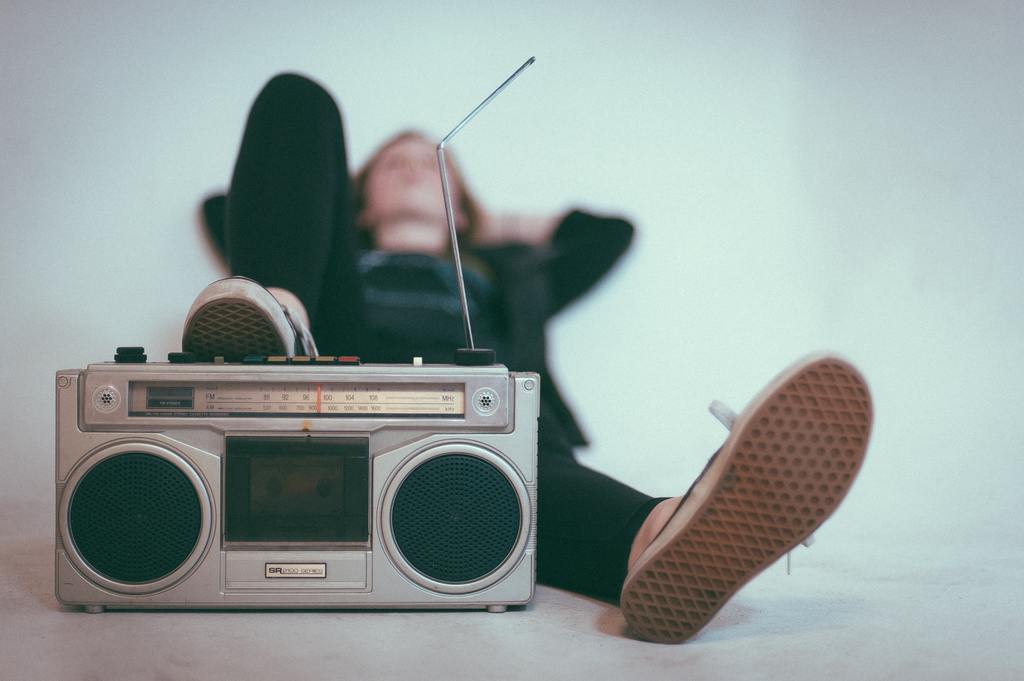 Photo by Eric Nopanen on Unsplash

If it’s not R.E.M. intruding, it’s The Smiths jangling on in with their song of the previous year, ‘Panic.’ The soundtrack for stockpiling toilet roll is Morrissey casting off his glib little newscast: ‘Panic on the streets of London.’ The story behind the lyrics goes that Morrissey was listening to the radio when a news report announced the Chernobyl nuclear disaster; what followed immediately was ‘I’m your Man’ by pop duo Wham. Hence the song’s outro refrain, ‘Hang the DJ’, chanted with the help of a chorus of schoolchildren. If we’re to believe its origin story, this is a song not only about the listless state of pop music, but about a culture constantly swinging back to vacuity, even in the face of profound crisis. Not a bad soundtrack for my current headspace. I keep restlessly changing channels, searching for something besides whimsy and unease.

To my shame, the irreverent hook from R.E.M.’s chorus fades in, ‘It’s the end of the world as we know it and I feel fine.’

Swinging towards the vacuous, then, is Wolfgang Peterson’s 1995 film Outbreak, which provides catharsis in its simplicity. Far from the nuanced moral grey areas we’re all tentatively feeling out day-to-day at the moment — is that shopper buying sensible provisions or panic-buying up everyone else’s resources? — In Outbreak, there is right and wrong, heroes and villains.

In the former category, Dustin Hoffman plays a U.S. Army virologist Sam, who must stop the spread of a deadly disease that makes people bleed from their eyes. When he fails to fight the outbreak as a doctor, he must do so as a soldier. I don’t know how Peterson manages to work so many explosions in, but he does. With each one, you relax into the easy codes of an Action Film. The imagery of war simply doesn’t chime with viewers who lack a frontline. Rather, the enemy is everywhere, and invisible. Moreover, the emphasis placed on Sam’s heroism reads as naive, for an audience fighting a war by social distancing and staying put in their houses. Sam’s individualism seems selfish. 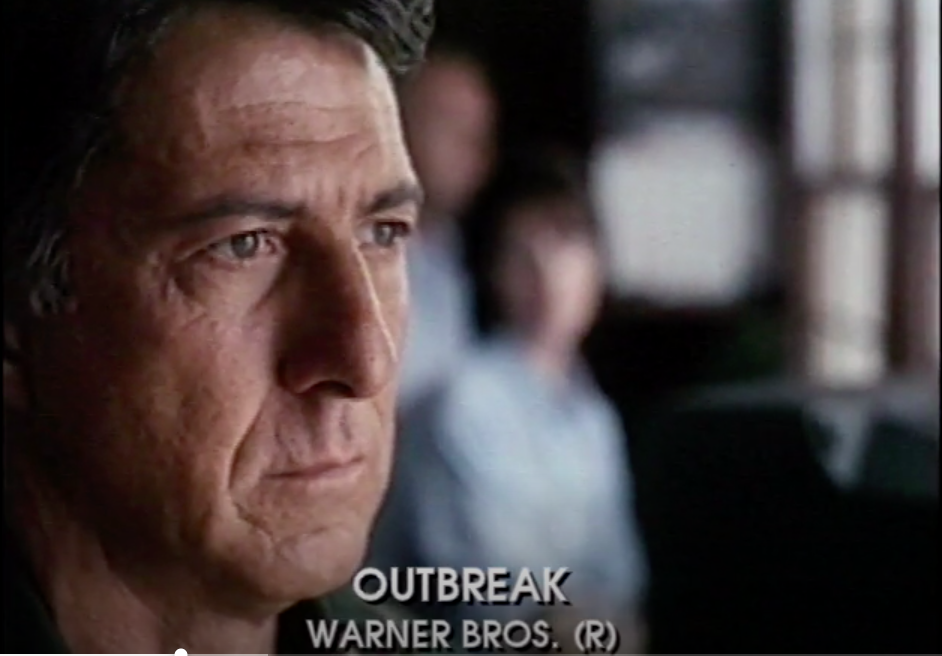 Irony, oversimplification, masochism — none of these seem to me exactly good reasons to consume culture. Sometimes escapism is as good a reason as any. To scratch that itch, and now hear me out, I’ve returned to Come Dine with me. Besides finding comfort in the show’s tried and trusted recipe — pun intended, thank you very much — and beside the fact that there are well over 1,000 episodes available online, enough to keep you stocked up for weeks, one of the show’s pleasures at the present time is that each episode takes place in someone else’s home. While you might think that this doesn’t afford much escapism, since we’re all being advised to stay in, each normal kitchen and each humdrum dining room opens out as a palatial extension of one’s own. Seeing people frolicking in cities right now gives me too much envy.

Irony, oversimplification, masochism — none of these seem to me exactly good reasons to consume culture. Sometimes escapism is as good a reason as any. 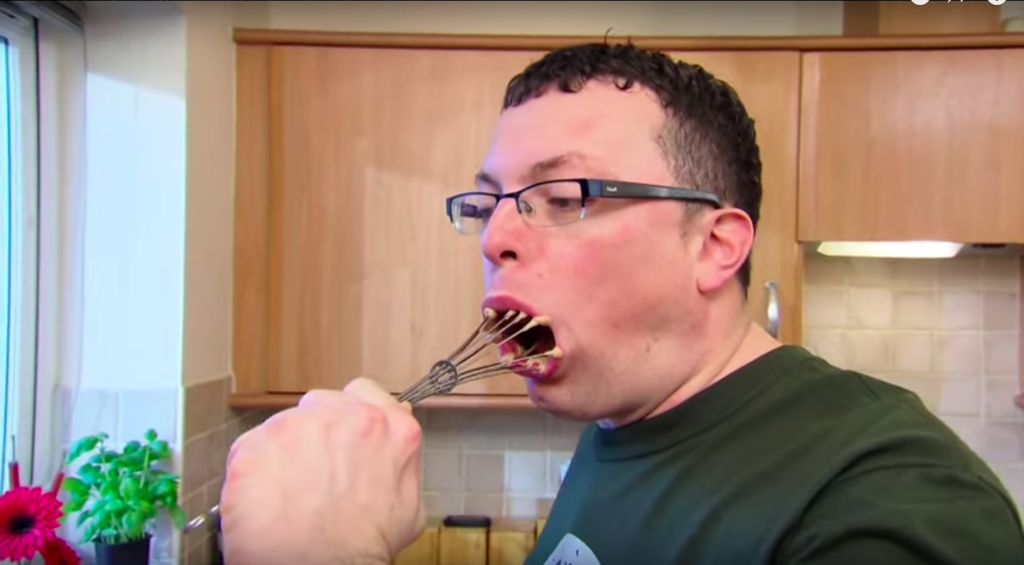 Screenshot 'Funniest Moments from Come Dine With Me!' © Channel 4

As we distance ourselves from the rest of society, the real escapism is getting lost in other people’s idiosyncrasies, the profoundly normal weirdness of us all — the bloke punching the dough for his crumble into shape, the woman who pronounces ciabatta ‘seerbatter’, or the other woman with a phobia of Morris dancers. There is nothing like zeroing in on the drama of a slightly dry piece of chicken to make you momentarily lose perspective on a global pandemic. 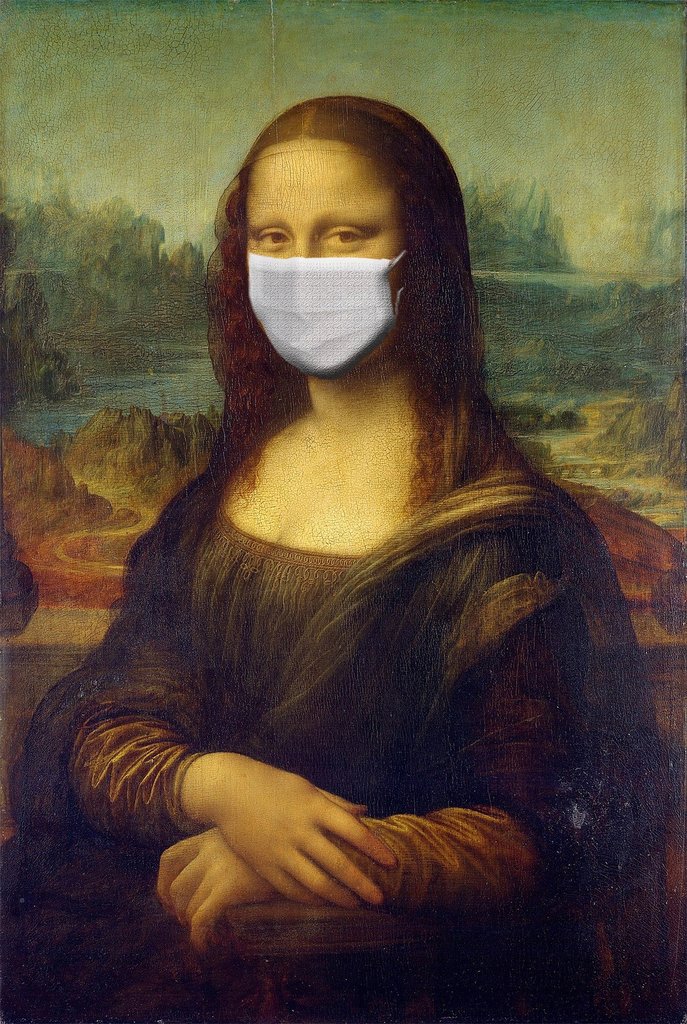 Another crucial reason I’m desperate for culture during the crisis is because books, films, television episodes all have a clearly defined end in sight. While the end to our current crisis is a little blurrier, culture is helping me muddle through the middle. Soon we’ll all be telling stories of the saga we were in.