The Greatest Film of All Time

On Thursday 1 December 2022, the BFI magazine Sight & Sound published the results of its ‘Greatest Films of All Time’ poll. The result has caused a huge stir, more so than any previous iteration, because most people have never heard of the top-ranked film: Jeanne Dielman, 23 quai du Commerce, 1080 Bruxelles. It has spawned all the right questions many of us have been wanting film fans to ask about Jeanne Dielman for years: What is this film? Why is it so great? Where on Earth do you even watch it? 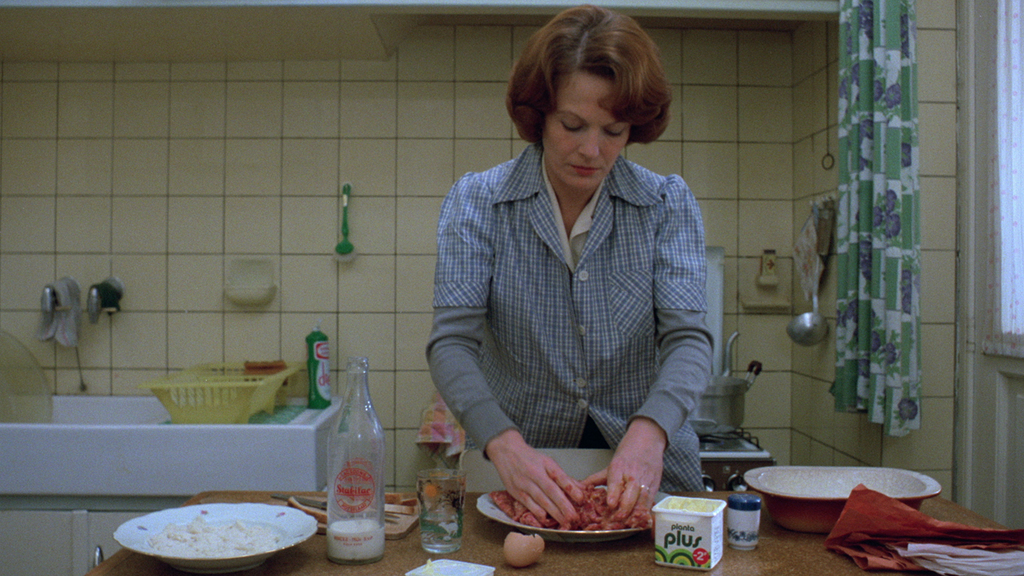 As I worked through the top 100, I found films like The Searchers (1956), Psycho (1960), and Some Like It Hot (1959) deeply uncomfortable, while others like Orson Welles’s behemoth Citizen Kane (1941), which first topped the Sight & Sound poll in 1962, deathly dull. While they are essential parts of film history and helped to define my personal taste in what cinema should and should not do, there was a lack of a point of connection, an alienating effect often felt by those who are not exclusively white, heterosexual, cis, male. Yet, one of the films near the top of the poll stood out in contrast, partly because of its unique title. Then ranked in 36th position, Jeanne Dielman caught my eye on many levels – it’s Belgian, it’s 201 minutes long, and it’s directed by a woman named Chantal Akerman. 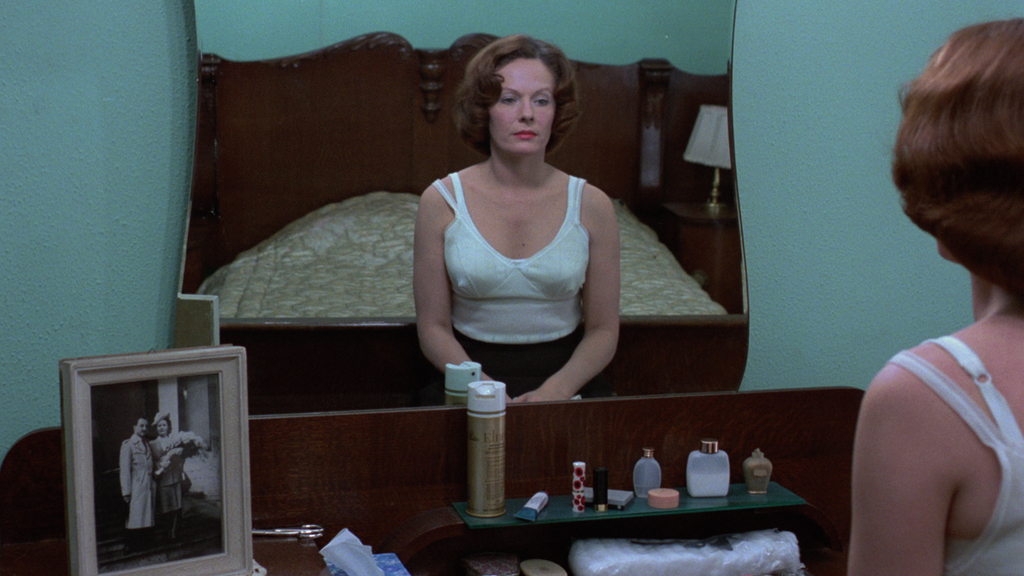 One night I couldn’t sleep. It got to midnight, and I decided to put on Jeanne Dielman thinking it might help me to drift off. The film began with Delphine Seyrig moving about her flat preparing coffee, folding bedding, carrying out errands. Projected over me, I was enraptured by Seyrig’s performance - the placement of her movements, the improvisational precision of everything she did. I began to wonder what was going on inside Jeanne Dielman’s head, what thoughts she was pondering. It was the first time I had seen a film that showed me life in real time as one generally lives it, in all its banality. My tiredness disappeared altogether, and time itself felt elastic. 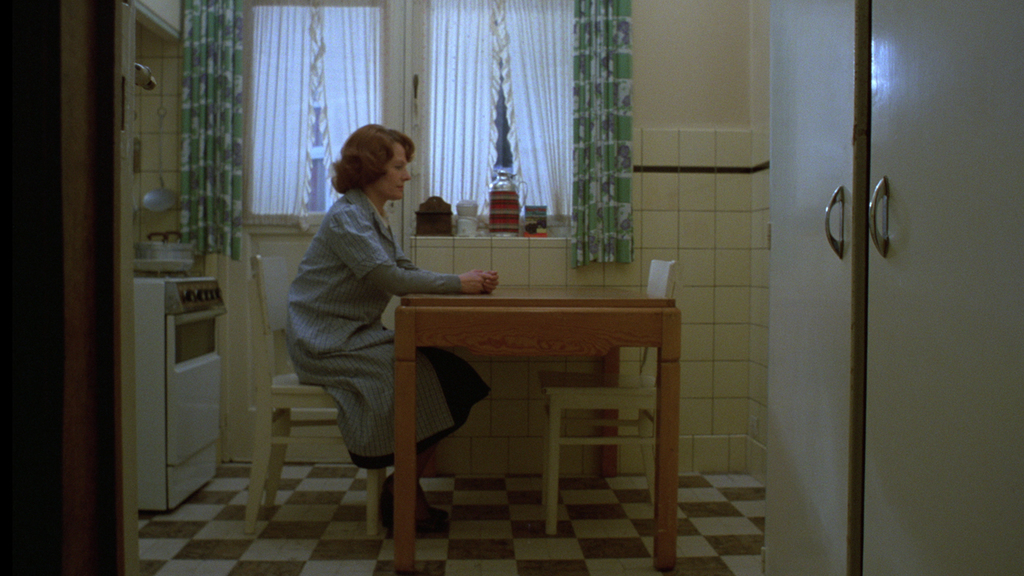 "an oneiric quality that often comes when we lose ourselves in small, apparently insignificant tasks"

When I awoke the next morning, I couldn’t quite remember what I had seen. Jeanne Dielman felt like a person I had conjured in a dream, but as I went into the kitchen and prepared my morning coffee, made my bed, dressed myself, I started to notice the rhythms of my movements more than usual. There’s a realness to the film, certainly, but it also has an oneiric quality that often comes when we lose ourselves in small, apparently insignificant tasks. It’s hard to connect as a woman to James Stewart and his obsessive ogling in Alfred Hitchcock’s Vertigo (1958), which topped the 2012 poll, but it’s frightening to be confronted so directly with the self as in Jeanne Dielman.

In 1975, the same year that the film premiered at the Cannes Film Festival, an essay by British film theorist Laura Mulvey entitled ‘Visual Pleasure and Narrative Cinema’ was published in the journal Screen. She looked at films like Vertigo and applied the idea of ‘the male gaze’ to cinema for the first time, discussing the voyeurism of Hitchcock towards Kim Novak and his other ‘icy blondes’. Her essay ends with a battle cry, that for a feminist cinema to exist it must negate conventional filmic pleasure. 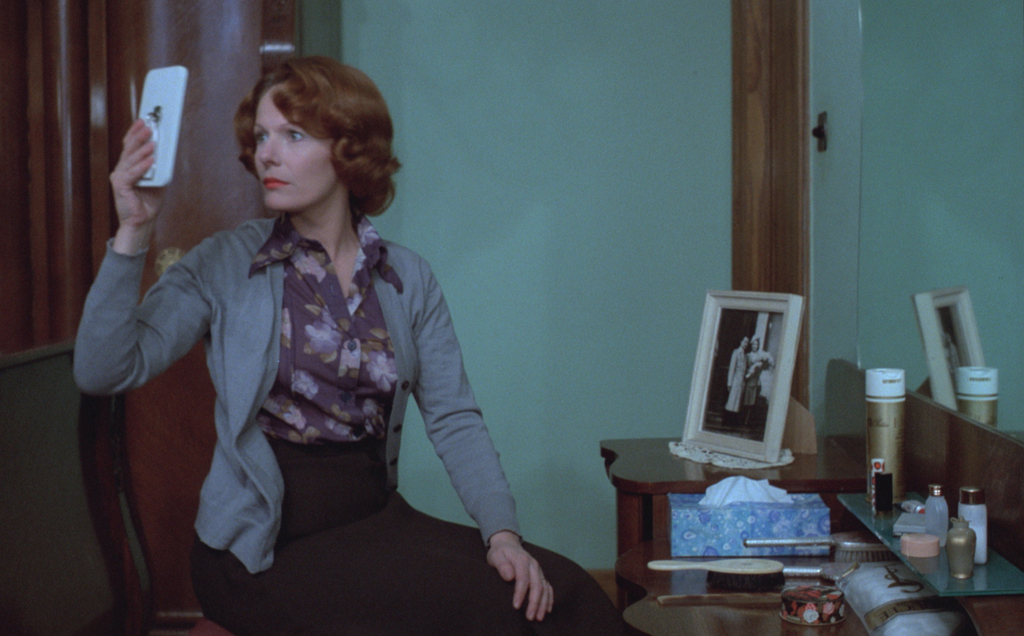 In Jeanne Dielman, Akerman visually deconstructed every aspect of Hollywood filmmaking, denying classical narrative and freeing the camera into a new material space. She did however cast Delphine Seyrig in the lead role, justifying her decision as taking someone familiar as both an international actor and active feminist to allow all women to recognise and identify with her. Seyrig is our ‘in’ to an experimental mode of filmmaking, and for those wary of Jeanne Dielman’s impenetrability, it is through Seyrig that connection can be found. Akerman certainly did not intend to make an exclusionary film, rather a radically inclusionary and universally resonant one. I certainly found it to be so coming to it as a teenager and in repeat viewings ever since. 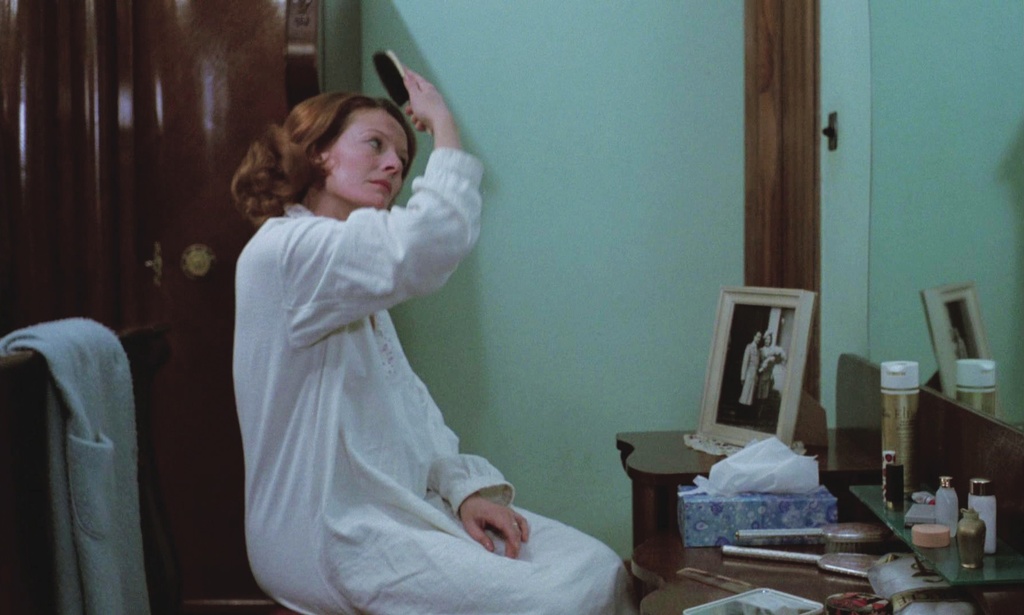 "freeing the camera into a new material space"

Those repeat viewings have been essential for me. I have revisited it on a DVD borrowed from a university library, on the Criterion Channel, in retrospective screenings. Perhaps my favourite watches have been while doing other things, such as ironing or, indeed, peeling potatoes, where the movements of Jeanne herself become synchronised on screen with my own in reality. There seems to be nothing in them, and yet underneath there is the potential for seismic change and sudden, radical action. Jeanne Dielman didn’t creep to the top of the Sight & Sound poll. It lunged with full-blooded, murderous intent towards those bastions of male auteur filmmaking, Vertigo and Citizen Kane. 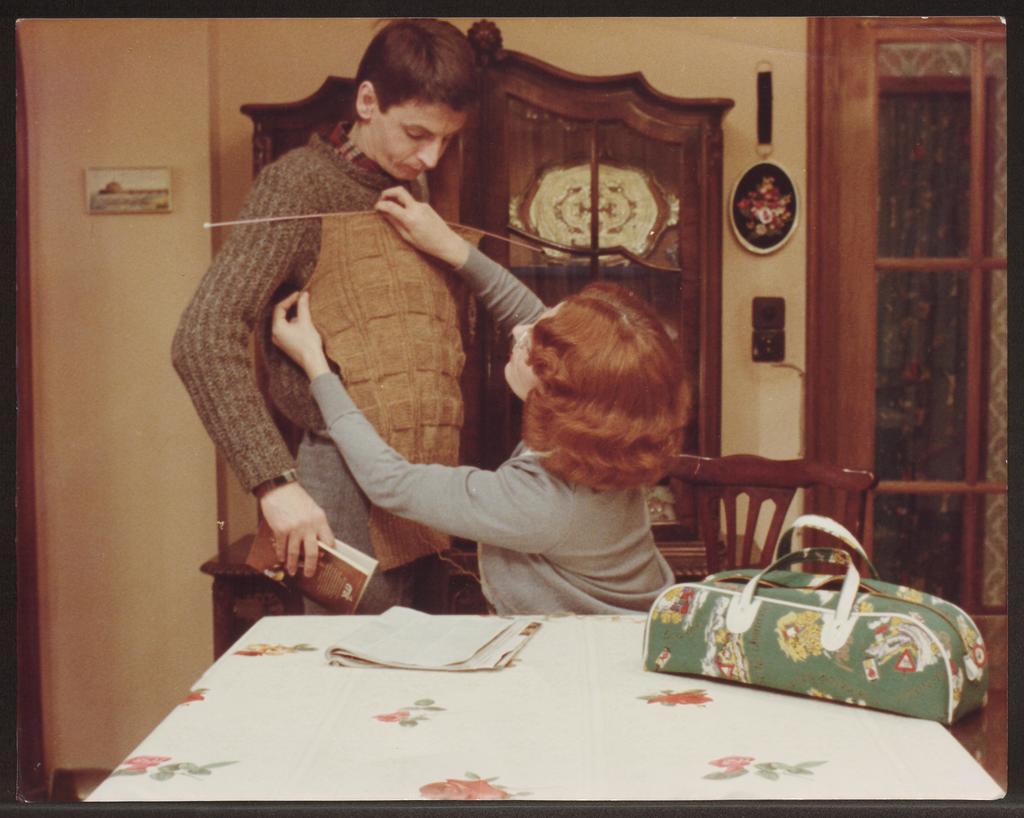 For around 1600 film critics, academics, and writers to vote Jeanne Dielman into the position of ‘Greatest Film of All Time’ is a political act. To have included it on one’s ballot is to say that cinema today would not exist in the way that it does with Akerman having made that film in 1975. Appearing in 30th place on the 2022 list is Céline Sciamma’s Portrait of a Lady on Fire (2019), a film just three years old which radically shifted the gaze and haptics of film towards one founded in explicitly feminine, sapphic sexuality. These are films with a different visual language to the older, masculine canon, a language which a wider audience is more receptive to today than ever before. With Jeanne Dielman suddenly brought into cinema’s brightest spotlight, it will change the very fabric of films to come.