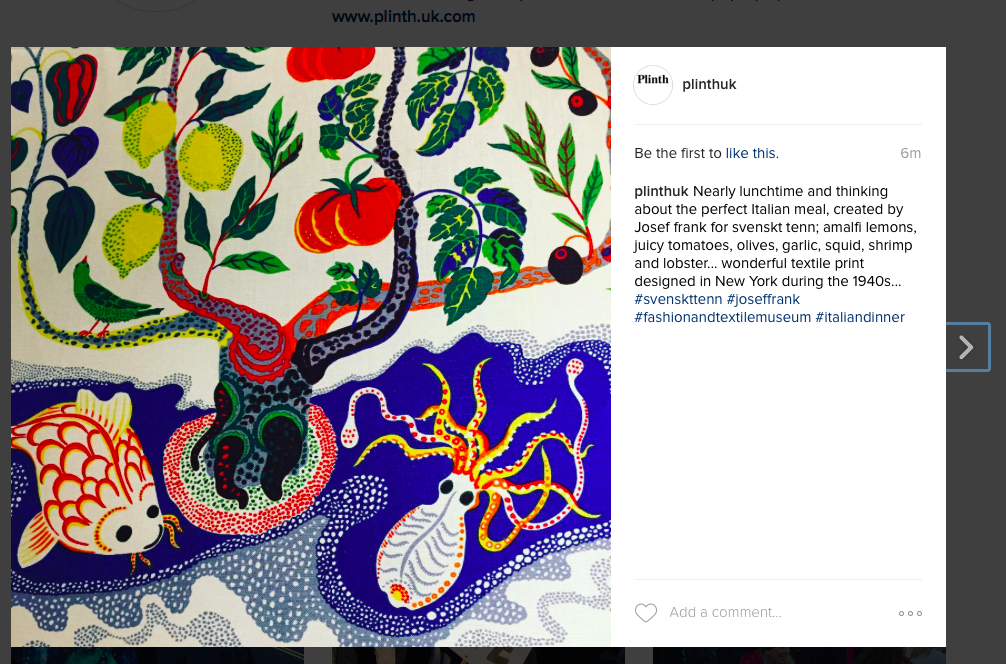 Imagine a world where art was so deeply connected to a place that you had to travel to hear a piece of music, see a painting, or read a poem. We’ve plunged so deeply into the digital revolution that it’s pretty hard to conceptualise a time – only ten years ago, arguably – when the promise of an experience still held enough sway to propel people across continents, into concert halls and Cathedrals, to be in the presence of a particular fresco or sonata. Of course, we still attend galleries and readings, gigs and premieres; now, though, we have an alternative.

We still attend galleries and readings, gigs and premieres; now, though, we have an alternative. 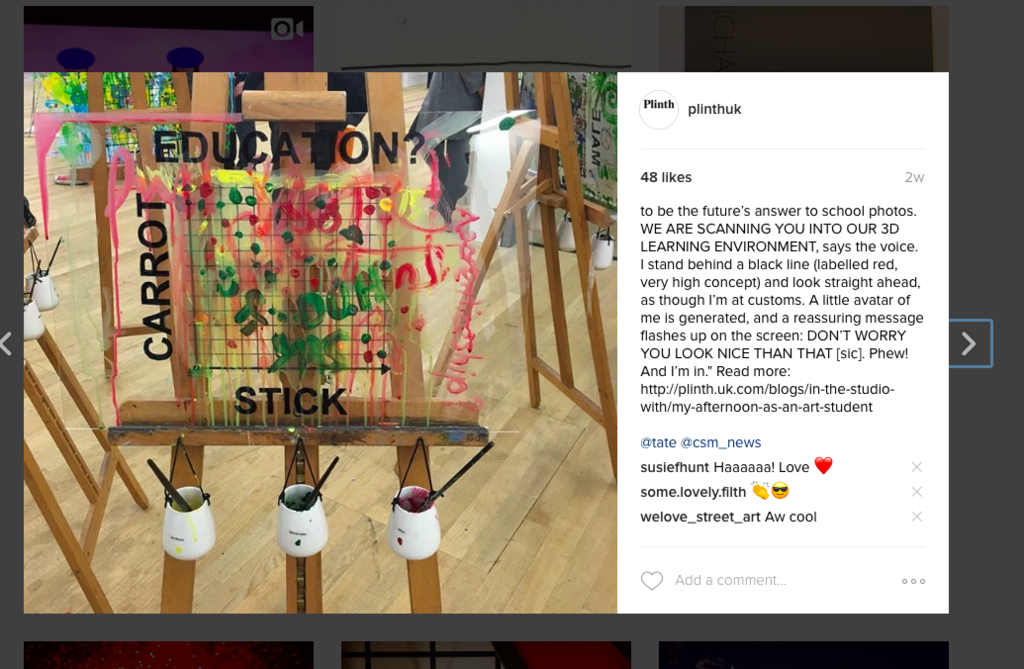 There’s very little you can’t see or hear online, for free, in your sitting room – just search Google Images for the Mona Lisa, or YouTube for Schubert’s Trout Quintet. The internet has changed the way we see the world forever. For the first time, everyone connected can consume culture – and crucially, contribute to it – all at the tap of a button. This phenomenon comes hand in hand with another: the relentless cultural drive towards the visual, a medium which can be processed in milliseconds and cut across any language barrier. ‘Seeing comes before words’, after all. In 2014, the inhabitants of planet earth took 1 trillion photos. A lot of them are ending up on a little platform you might have heard of – I’m talking about Instagram. 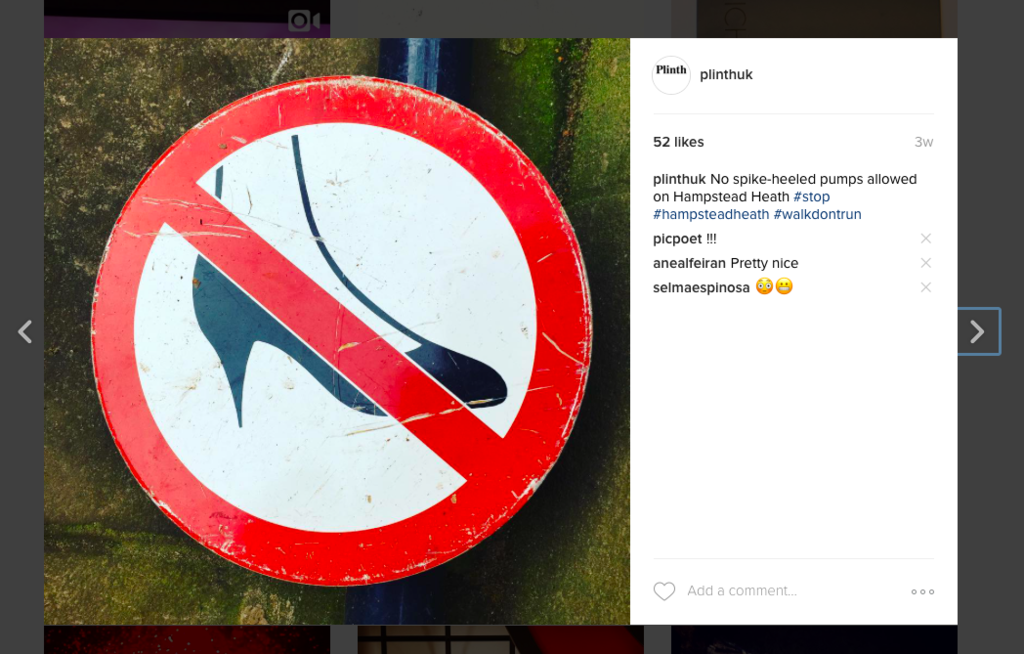 However snobby you feel about the social media site, it’s clearly tapping into something timely. More than 500 million people use it every month. It’s free, and it trades in images; some people use it to let their friends know what they had for dinner, and others to launch their careers. Often, the two strands meet – Kylie Jenner, arguably the original Instagram celebrity, recently posted an image of herself contemplating a burger menu. The photograph has, so far, generated 1.1 million likes and more that 21 thousand comments. By comparison, a ‘record breaking’ exhibition for Tate was ‘Henri Matisse: The Cut-Outs’ in 2014, which received 560,000 visitors. Go figure. 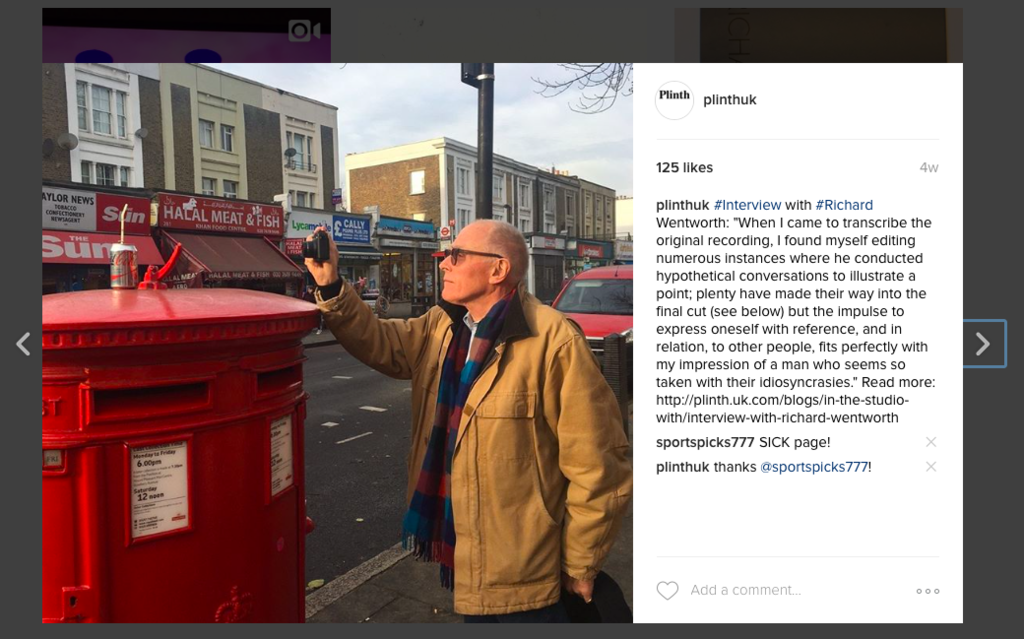 I don’t mean for a second to equate Matisse’s work with Jenner’s, but to illustrate the extent to which the way we consume images has shifted, and in what direction. We’re loathe to think of anything on Instagram as art, but so are most of its users. We’ll come back to Art with a capital A, but stay with me for a moment while I ask you to think about the Image with a capital I. For centuries, human beings have depicted the things they historically considered the most important. Gods and goddesses, allegories and monarchs, household and love objects, have been sculpted and painted and their images promptly revered. Part of this is acknowledgement of the labour gone into the oils or the marble; another element, especially since the Renaissance, has been about the cult of the genius. The hands of the artist were, and still are, just as important as what she makes with them. This superstitious idea is what keeps the art market afloat, and means that a bed touched by Tracey Emin sells for £2.2 million, but a similar object from Ikea for £125. Figures like Jenner, who can earn around $300,000 per post through endorsement, may have been transferred this preter-natural Midas touch – but the majority of Instagram’s users haven’t. For the first time in history, those at the bottom of the pecking order have access to exactly the same tools as those at the top, and democracy is built into a medium where the content creators are the audience, too.

The hands of the artists were, and still are, just as important as what she makes with them. This superstitious idea is what keeps the art market afloat, and means that a bed touched by Tracey Emin sells for £2.2 million, but a similar object from Ikea for £125. 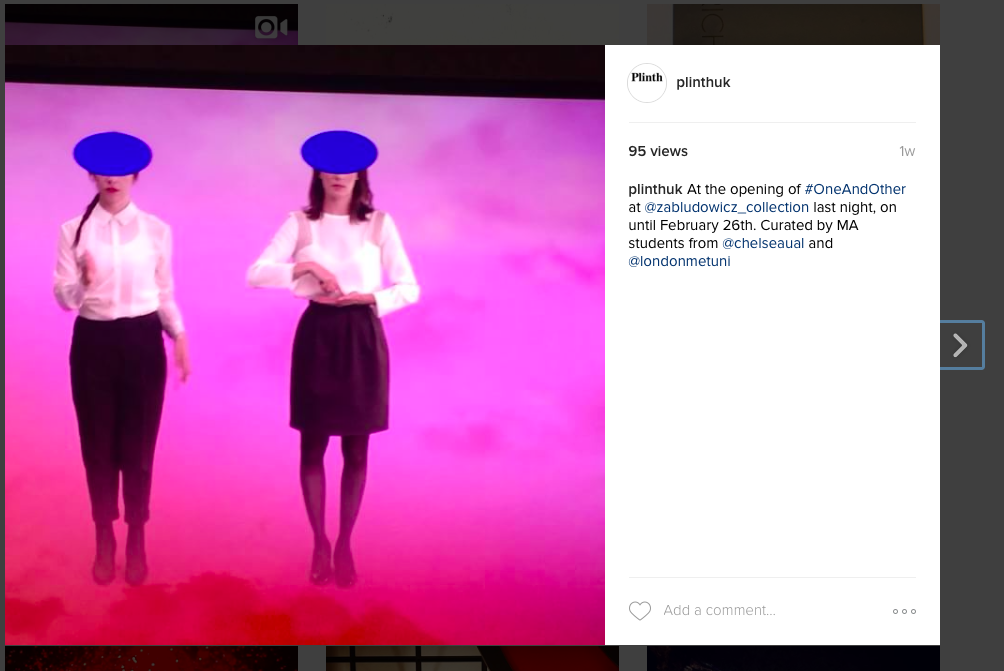 In 1936, Walter Benjamin wrote an essay called ‘The Work of Art in the Age of Mechanical Reproduction’, where he addressed the philosophical and social implications of advances like photography and mass production. ‘The presence of the original is the prerequisite to the concept of authenticity’, writes Benjamin. ‘Confronted with its manual reproduction, which was usually branded as a forgery, the original preserved all its authority; not so vis-à-vis technical reproduction.’ What about digital reproduction? Benjamin could not have anticipated a world beyond printing, beyond assembly lines, where an image never needs to ‘exist’ or be made physical in the first place. The digital photo is its own copy, and vice versa, when we’re dealing in data rather than objects. When I use press images to illustrate an article, I have to use captions - because the images are the originals, even though they exist on the press officer’s computer, mine, and a thousand others at once. The magic of an artist’s hands mean very little in this context; part of the furious stamping of that little ‘©’ is an attempt to hold onto a time when it did. Now, though, anyone can make and share images in this way. And so, because the images on its platform aren’t loaded with the cultish implications of the original – so central to our ideas of the art object for centuries – Instagram has heralded a real revolution within the wider dawning of the digital age. 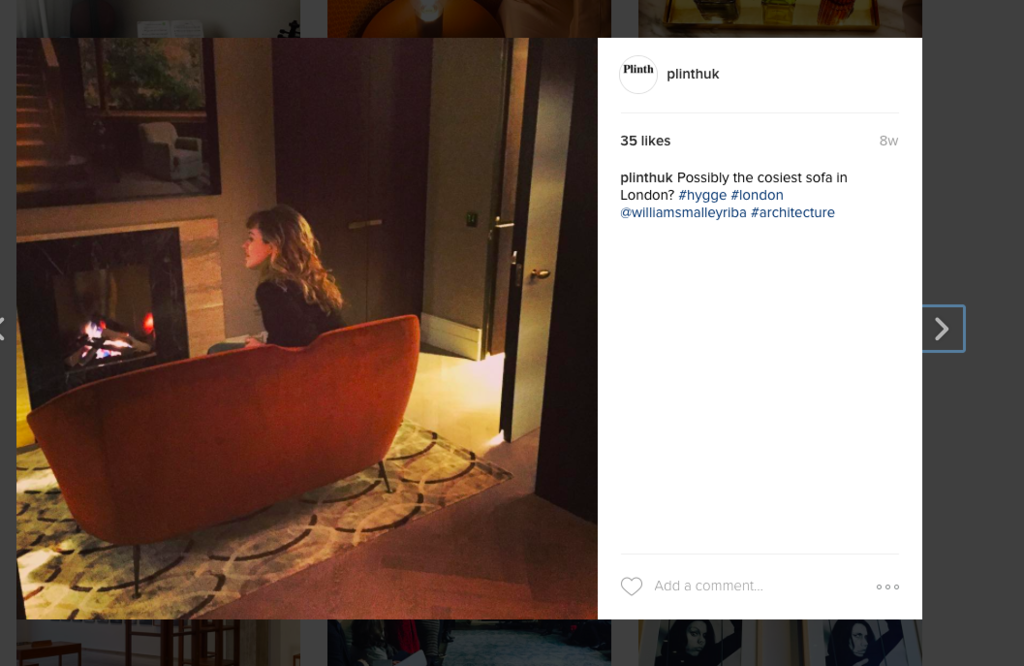 I’m not the first person to make the connection between Instagram and the art world. In 1972, John Berger noted that “Adults and children sometimes have boards in their bedrooms or living-rooms on which they pin pieces of paper: letters, snapshots, reproductions of paintings, newspaper cuttings, original drawings, postcards. On each board all the images belong to the same language and all are more or less equal within it, because they have been chosen in a highly personal way to match and express the experience of the room’s inhabitant.” His conclusion? “Logically, these boards should replace museums.”

An Instagram feed functions as the perfect portfolio: a permanent retrospective, open 24 hours a day, from anywhere in the world. 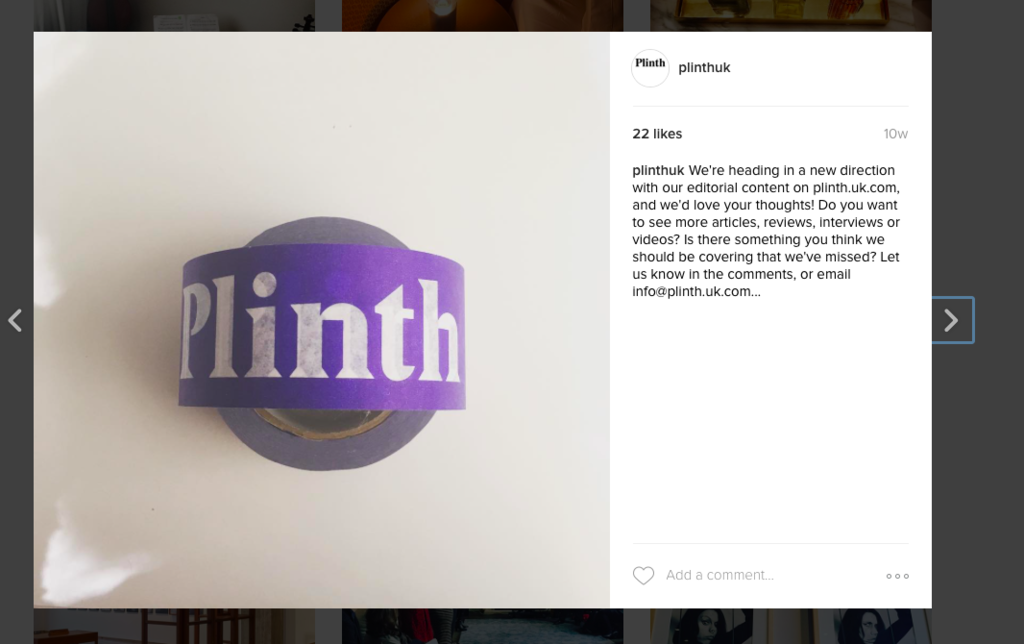 Much like Benjamin writing in 1936, Berger could not have known how prescient his words were in 1972. While tools like Instagram have yet to ‘replace’ museums, they’re certainly serving some of the same functions – think of an account as a physical location rather than a virtual one, and you’re halfway there. Artist Richard Prince has said that Instagram is like ‘carrying a gallery around in your pocket’, but in 2015, he reversed that equation and pushed the contents of his pocket into a gallery. Gagosian’s Frieze stand of that year hung Prince’s series, ‘New Portraits’: blown-up screenshots of images from various Instagram accounts, taken without permission or warning. The only intervention the artist made was to add comments below from a fictional user, richardprince1234. While Instagram assures its clients that they own the images they post, it’s clearly a grey area in practice. What Prince did was legal; at least, there have been no repercussions other than criticism. Policy is struggling to keep up with the advances of an online world, which moves and develops at lightning speed. As the lines blur between amateur and professional, and images slip into common currency from the lofty realms of Art, there’s a new generation of artists basing their careers online. Instagram, like Facebook and Twitter, is free – but it’s not a public service initiative. It makes its money from advertising; as more and more of our lives move online, marketing follows. An Instagram feed functions as the perfect portfolio: a permanent retrospective, open 24 hours a day, from anywhere in the world. As austerity and rising property prices make the cost of opening a physical gallery out of reach for an increasing number of dealers and curators, we can see the beginning of Berger’s prophecy taking shape. 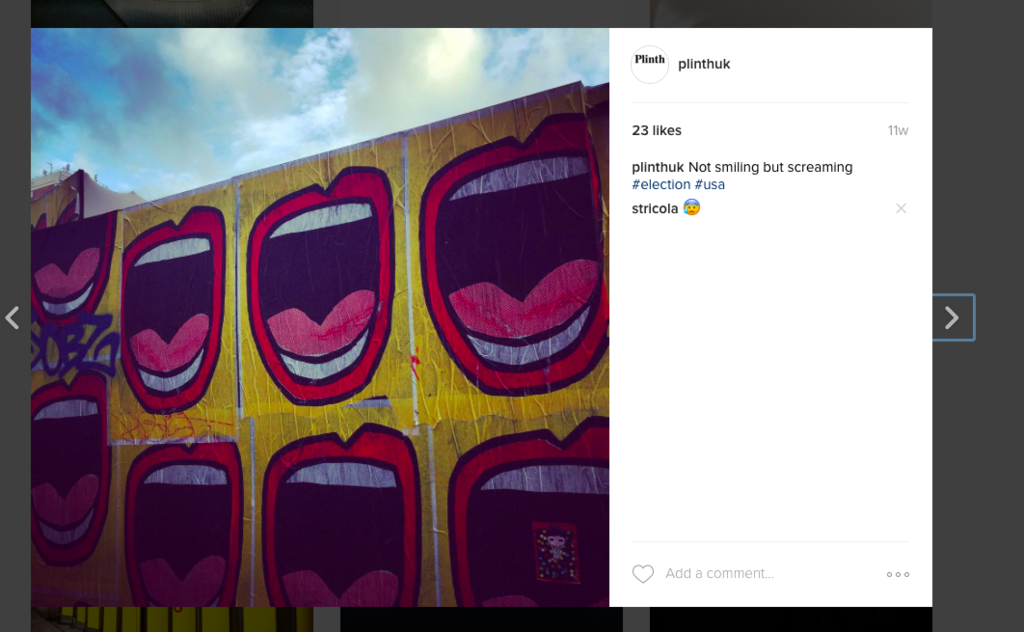