Emily Fridlund’s History of Wolves is a story about morality – slippery, shapeless, subjective. The dogma of Christian Science collides with the fug of adolescence, belief with reality, and the blossoming of a young woman with the death of an infant. We meet our protagonist, Linda, at the novel’s opening: torn between two worlds, her grasp on their distinctions falls away before our eyes.

At school, we encounter Mr. Grierson – a substitute history teacher fresh from a private girls’ school in California, equipped with an ‘other-worldly’ tan and a vague aura of sex.

Her first universe is school. There, we encounter Mr. Grierson – a substitute history teacher fresh from a private girls’ school in California, equipped with an ‘other-worldly’ tan and a vague aura of sex. Fridlund does a marvellous job of explaining (and not needing to explain) the teenage experience of men like him, at least for her prickly protagonist. Linda is disgusted and fascinated in equal measure; she wants to be wanted by her new teacher, in order to be granted the power to reject. When he doesn’t act as she wants/fears he will, she takes matters into her own hands: “Mr. Grierson, would you mind driving me home?” In the car, Linda leans over to kiss him on the neck – and still, he doesn’t take the bait. Her classmate Lily, on the other hand, seems too sweet a proposition to resist; Linda can only watch while her fellow student navigates a path through the hazy transaction. Pretty, poverty stricken and eminently desirable, Lily is recipient of special attention from the adult interloper and of muddled jealousy and disgust from her classmates. They watch as Grierson ‘put(s) his hand very carefully, like a paperweight, on her spine’, and rumours spring up around their involvement. As the novel gathers pace, the gossip becomes more and more elaborate, spinning out in the way such stories are wont to do: a boat, a victim cast as a perpetrator, ‘just a kiss’.

Linda’s other world is less densely populated, but more intensely felt. It consists of The House Across The River, a site of serious preoccupation for the protagonist and her sparsely inhabited neighbourhood. Into The House Across The River moves a young family – mother Patra, son Paul, and eventually, father Leo. Before his arrival, Linda is quickly inveigled into what seems an idyllic set-up with Patra and Paul: the little boy becomes her charge during the summer months and, trusted with entertaining him (and keeping him safe) for the grand sum of ten dollars a day, the teenager treks the infant through the surrounding woods, spending afternoons building miniature cities out of rocks and playing at survival. Survival, it emerges, is quite the theme in History of Wolves. I won’t spoil the fun, but Fridlund herself lets slip within the first few pages that little Paul is dead. The question becomes not what happened, but why?

Find me a Christian Scientist in, say, northern Minnesota, who wouldn’t take their dying child to a hospital. Well… 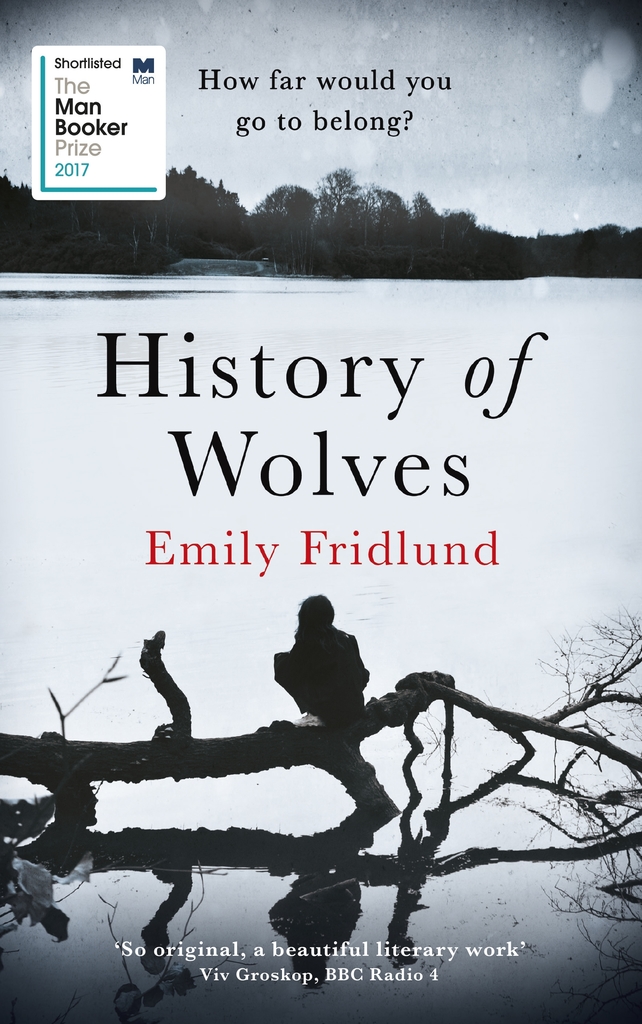 Paul’s parents are disquieting presences in the novel: their almost pathological kindness jars with Fridlund’s references to darkness on the narrative horizon. Leo is a professor of astronomy. Patra, once his student in that field, has become his apprentice in another – Christian Science. The author drops hints like breadcrumbs; in one tableau, Paul encounters a little girl in a playground. As they play, things take a sinister tone: after being distracted talking to the girl’s mother, Linda turns to see Paul straddling the other child and chanting, There is no spot where God is not! There is no spot where God is not! The narrative weaves in and out, backwards and forwards in time. As one story unfolds between Lily and her history teacher, so we flash backwards to Patra meeting Leo at university. We learn, slowly, what he believes and why it matters.

In the same way as Linda comes to resent Lily as much as to love her – such is the nature of jealously – so Patra comes to figure as a kind of model for the protagonist. Leo’s presence is disruptive, representative of legitimate adulthood and teacherliness; Linda wants Patra and Paul for herself. The mirroring of characters throughout the novel is powerfully employed by Fridlund; for instance, there are eleven years between Paul’s age and Linda’s, between Linda and Patra, between Patra and Leo. Grierson becomes a double for Leo, Patra for Lily, Lily for Linda and Linda for Paul. Patterns emerge – in the way that they do – looking back on one’s own life: we hang anecdotes together to make a consummate whole, but it is only with the magic of hindsight that these dribs and drabs come to form a narrative we can understand. History of Wolves, as much a story about the intensity of memory as its own particular imprecision, exposes the leaps we take to make sense of the world. As Leo asks Linda “what’s the difference between what you want to believe, and what you do?” As Linda – and the reader – sees, there can be no consistent divide between the two. A belief, sincerely held, is a course of action: while there are plenty of ideas one might agree with (say, that an animal’s life is worth no less than a human’s) the proof is in the pudding. Find me a vegetarian who would shoot a person instead of a pig. Find me a Christian Scientist in, say, northern Minnesota, who wouldn’t take their dying child to a hospital. Well…

It seem(s) unfair […] that people (can’t) be something else just by working at it hard, by saying it over and over.

A bildungsroman is a particular kind of project, with its own peculiar limitations and opportunities. Accounts of coming-of-age are stories about that dreadful epiphany which hits in adolescence – that adults (teachers, parents, policemen) are not privy to a secret source of infinite wisdom, or moral perfection. Rather, they’re just as likely to be scared, or bluffing, or dishonest as a child is. Linda writes to Mr. Grierson as an adult, expressing her forgiveness for the actions which saw him sent away. He writes back with surprise, and an observation:

“I’ve found that some people who’ve done something bad will just go ahead and condemn everyone else around them to avoid feeling shitty themselves. As if that even works. Other types of people […] will defend people like me on principle because when their turns come around, they want that so badly for themselves. My two cents, for what it’s worth.”

Linda’s turn to crave forgiveness comes around inside the pages of History of Wolves; each of ours will come outside, if it hasn’t already. The first revelation that authority figures are flawed entails another – that we ourselves will never attain the magical omniscience of adulthood, because it does not exist. Fridlund’s observation that people tend to react to an indiscretion with either knee-jerk condemnation or principled sympathy speaks to the truth that what we call ‘vice’ is universal. Whether you empathise or vilify, it’s a response born of the understanding that you have within you the same capacity for wrong-doing as the person in question. To Linda, “it seem(s) unfair […] that people (can’t) be something else just by working at it hard, by saying it over and over.” It’s an uncomfortable thought; wolves all, however much we aspire to sheep-hood.

History of Wolves is Emily Fridlund's first novel, and was shortlisted for the 2017 Man Booker Prize. Find out more here.