Grosse Fatigue: Strange Days, Memories of the Future at 180 Strand

In 2011, Israeli historian Noah Yuval Harari took the world by storm with Sapiens: A Brief History of Humankind. While ‘brief’ is perhaps a misleading word to describe a tome that spans seventy millennia, Harari’s writings weave together the evolutionary pillars of biology, anthropology, history and economics with astounding coherence. The book charts man’s steady climb up the evolutionary pyramid; it delineates our steady progress from animal scrambling to civilized society, homo sapiens inching towards an evolutionary zenith and world domination. Our ability to communicate complex emotions, devise a system of counting, develop beyond subsistence living and explore abstract ideas outside our own physical boundaries all place us in the unrivalled position of apex animals – we are the most developed species to grace our planet and indeed, our solar system. Perhaps even our universe.

We’ve been complacent in our cataloguing, as though to label something is to solve it. 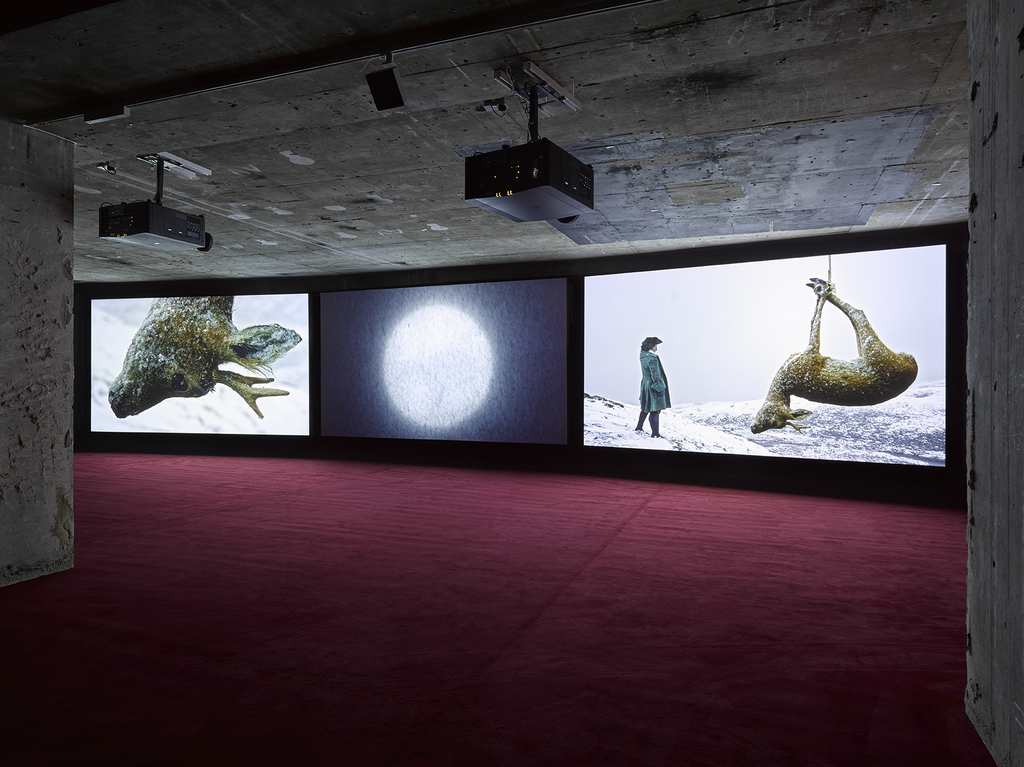 But stop for a second. In the 4.5 billion years that the earth – a coagulation of particles following the Big Bang some 13.8 billion years ago – has existed, seventy millennia of human progress is nothing. An analogy might help: if the creation of universe were a 24-hour clock, human life occurs at 23:58:43. For such a tiny fragment of time, humanity’s achievements are undeniably remarkable – but the flipside of all this progress? With knowledge comes realisation, and responsibility begins to weigh on 7.53 billion shoulders. The fact that we hold the Earth's future in our greedy fists is a revelation that is only just beginning to seep into political, social and individual consciousness – and at a rate slower than the icecaps are melting at that. For years, scientists have been screaming that we urgently need to give back to our planet; to the mother from whom we were born and who has nurtured us, even as humankind has pillaged her resources. We’re still wilfully blind to the consequences of our actions – sure, landfills are bad, but have you seen my new trainers?

It’s an ecological and social reality that Camille Henrot is all too conscious of. In her work, mapping out the past reveals anxiety over an uncertain future. Henrot’s audio-visual installation (Grosse Fatigue, 2013, one of more than 20 in the exhibition) appears suddenly in the velvety darkness of 180 The Strand, the bright light of the screen a shock after the black of sinuous corridors. Through a series of film clips, Henrot questions humanity’s future by means of a methodical, almost obsessive, diving into the past. Darwinian in its attention to minutiae, Grosse Fatigue shows snapshots of biological specimens and trays of taxidermy that are drawn from the highly organised catalogue of institutions and museums. Henrot’s residency at the Smithsonian is brought into sharp focus as parrot feathers, butterflies and bones are displayed, examined and then returned to their carefully archived existence. The message is clear: these physical, inanimate and meticulously labelled systems of knowledge are capable of recording only a fragment, a singular facet of life’s prism. We’ve been complacent in our cataloguing, as though to label something is to solve it. 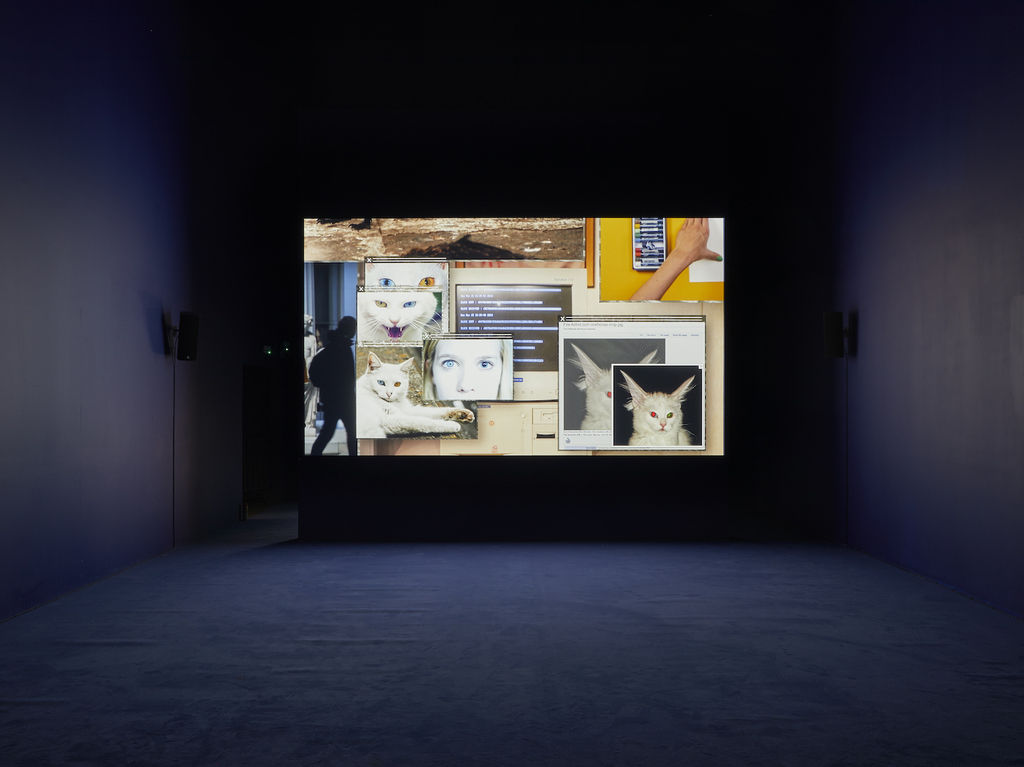 There’s an ambivalence, at once frustrated and eager, in the sequence of images that flit across the screen; the anthropological apprehension which lies behind the ostensibly scientific endeavour is betrayed by the film’s format – web browser pages in which each shot is contained. Henrot’s film appears couched in a series of internet tabs that spring up like fungi on the bark of a tree, clustered together, boxed in concentricity on the screen and conjured forth by insistent clicking, the leapfrog attention span of a computer user. Brutally juxtaposing evolution with technology, Henrot poses the question: how we can we divine humanity’s future – thrown into tangled disarray by technology – with the steady plodding of our evolutionary past? And how to tune into a clear voice amidst a cacophony? In her compulsion to catalogue history, it seems Henrot cannot help but look back as humankind shoots exponentially forward.

Overwhelmed with information, Henrot’s viewer has no choice but to take a deep breath and dive into the deluge of history; art; science; philosophy. Origin myths, disparate cultural traditions, foreign landscapes and ancient sculpture are melded together through the disembodied voice of an unidentified narrator. A man speaks to the low-slung beat of a hip-hop rhythm, a rattling snare punctuating his words. A simulacrum of Martin Luther King’s “I have a dream” plays across the speakers. The voice imitates his rousing speech patterns as he announces humanity’s achievements, the “-ologies” and the “–isms.” The voice unstitches the film’s coherence, at odds with the visuals of respiring reptiles as it blows the trumpet of human logic refined over centuries – and for what, if it ends this way?

Henrot’s choice of shot a serves as crude reminder that, for all our grand designs, humanity remains answerable to instinct. 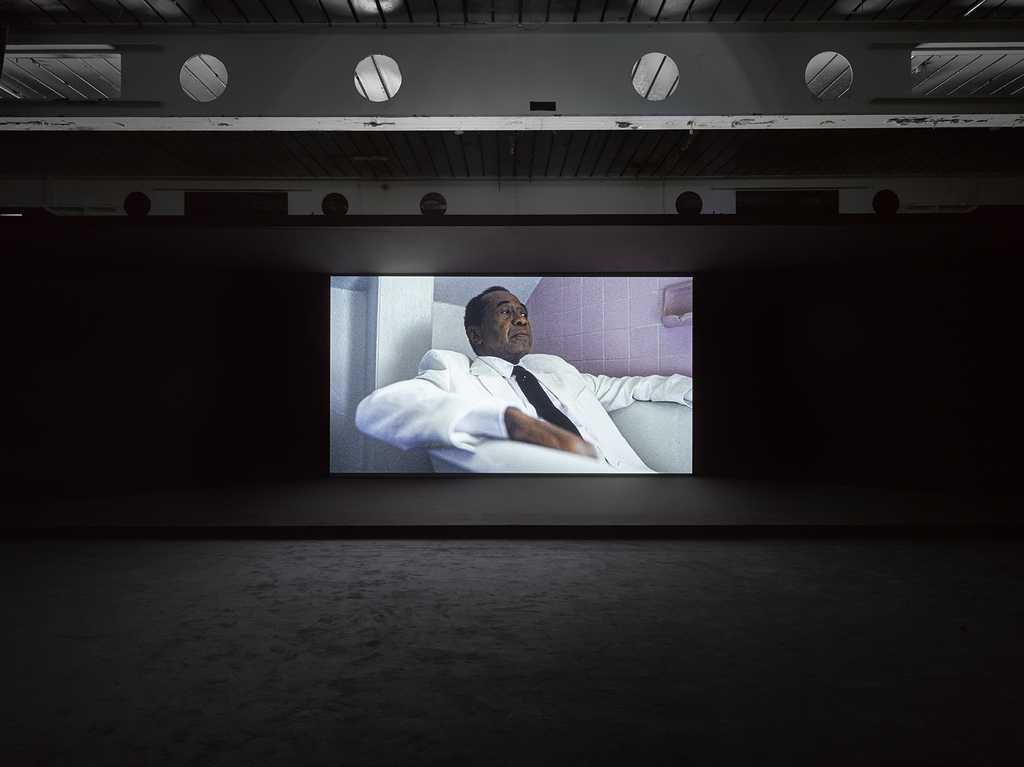 As quickly as the film stops, its videographer relinquishes their grip on the pause button. The footage relaxes into fluid sequence. Time seems to pass impossibly slowly and the woman begins to stroke herself, hand restrained within encompassing underwear. Henrot’s choice of shot a serves as crude reminder that, for all our grand designs, humanity remains answerable to instinct. Perhaps, overcome with the boundaries of human knowledge, Henrot flips a switch and succumbs to a great intellectual tiredness – a “grosse fatigue” at our relentless attempts to understand a world which is ultimately unknowable, to be always ‘better’, stronger, faster? Slow down, and listen up.