Sotheby’s. It’s Frieze week, the busiest time of year for the London art market. A painting of Banksy’s world-famous image, Girl with a Balloon, is sold for over £1,000,000. As the gavel goes down, the work self-destructs. A built-in mechanism at the bottom of the frame is spewing out shredded strips of canvas. ‘Going, going, gone…’ is Banksy’s Instagram caption. Neat.

To denounce the shredding stunt is to align yourself with a clique that reeks of untold riches and takes itself too seriously. In short, everyone needs to chill out.

Girl with a Balloon is emblematic of what we either hate or love about Banksy’s work. A black-and-white stencil of a girl reaches towards a heart-shaped balloon, drifting up and away from her. The balloon, a buoyant burst of red, symbolises hope, imagination. We can’t quite decide whether the girl has accidentally let the balloon slip through her fingers, or if she let go on purpose. This ambiguity engages us: there is hope for all of us, there is always something worth reaching for, even when we’ve lost our innocence. The image is simple. For many, Banksy’s playfulness is inviting. When I was younger, feeling alienated from the art world, because of my fear of not ‘getting it’ or the price of admission to a gallery, his work seemed to say: Psst, come with me, I’ll slip you in through the fire exit.

For Banksy’s detractors, his work ‘hits you like a lead bus’. His simplicity is heavy-handed and moralizing – you can almost feel the letters B-A-N-K-S-Y spraypainted across your face as you look. So ironic and predictable, in fact, that the verb ‘Banksyed’ looks set to enter the vocabulary. 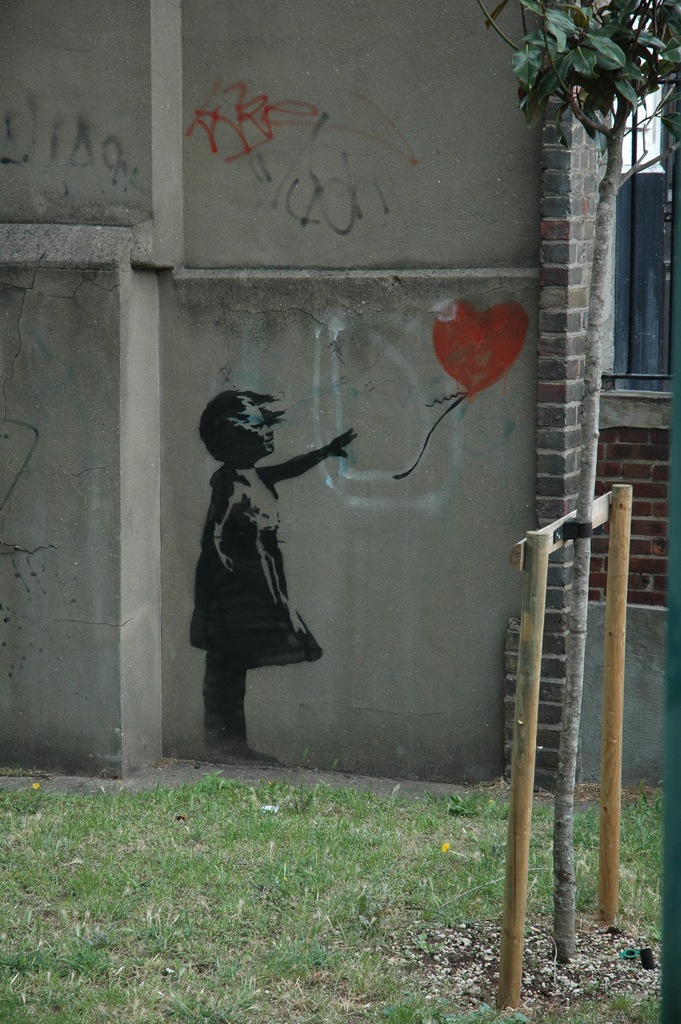 But even the haters can’t hate the shredding. The liberal elite might be elite but they can still take a joke. Can’t they/we? One might protest that the painting-shredding-itself is just an ironic posture, a capital M message smacking you round the face. And one could imagine Banksy chuckling to himself while he lies making angels in a gigantic bed of cash. But in saying so, you’d be no different than the bespectacled art-world professional at the auction, wiping his brow in apparent panic. And no-one wants to be that guy. ‘But that’s- that’s a million. That’s ONE MILLION POUNDS BEING… GULP…. SHREDDED.’ Yes, but it’s also just a canvas with some paint on it. As much as one can harbour opinions about how Banksy is cheapening Real Art by pedalling his anti-establishment Greeting Cards to a mass audience of ever-increasing passivity, you don’t want to be caught with manicured hand on forehead, as if to check your brain hasn’t just exploded. To denounce the shredding stunt is to align yourself with a clique that reeks of untold riches and takes itself too seriously. In short, everyone needs to chill out. Banksy’s prank has momentarily punctured the bubble, allowing us to see how absurd this all is, I mean really.

What’s absurd is people selling chunks of walls at auction. Girl with a Balloon began its life as stencil graffiti on the South Bank, among other locations. There was one tagged on a print shop in Shoreditch, before The Sincura Group interfered. To remove the work required the following: a professional art restorer, previously charged with resurrecting Constables and Picassos; microfilm and a sheet of Perspex; scaffolding and hoarding; a chainsaw with a special diamond blade imported from the United States; acrows to support the building; machines to catch the dust from the cutting; twenty-four hour surveillance; masked builders; seven men to lift the chunks of wall; a lorry to take the wall to a secret, temperature-controlled location in the countryside, to be worked on by six restorers. This process took over a month and cost just short of £70,000. I mean, normally, graffiti just gets painted over. Graffiti is, by its very nature, for everyone and short-lived. The Sincura Group could be accused of stealing. In fact, they accused themselves, titling the collection of seven Banksy works going up for auction, ‘Stealing Banksy?’ I bet they thought that was clever. 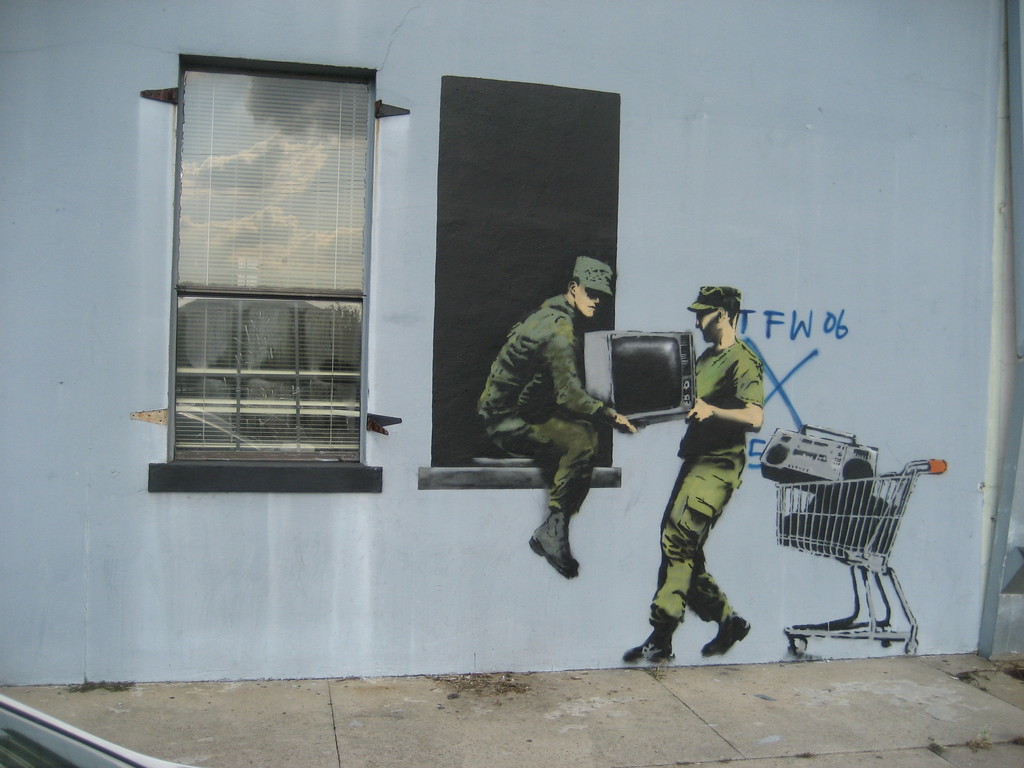 And if Banksy’s works have been looted from the streets, victims of his success and their desirability, then shredding one at auction constitutes an act of repatriation. The stunt at Sotheby’s saw Banksy’s work return to the ephemeral — spewing from the golden frames that seek to contain it. Plenty of Banksy works concern themselves with looting pretty directly. In 2008, on a wall in New Orleans in the wake of Hurricane Gustav, Banksy painted two soldiers stepping out of a window, hauling electrical goods into a shopping trolley. In New York, a business man from the Stock Exchange can be seen fleeing with a bundle of U.S. dollars stuffed into his suit, captioned: You loot, we shoot. The message is, as always, clear: Who gets to take what? From whom? And under what circumstances? Banksy’s satirical skewer might be indiscriminate, swung with broad strokes at the slightest whiff of The Man, man. But Walter Benjamin wasn’t exactly being precise when he said, ‘There is no document of culture which is not at the same time a document of barbarism.’ You might argue that painting something on a wall is asking for your work to be carted off to auction; but then maybe the exterior wall of the museum, round by the service entrance where the staff chuck their cigarette butts, is preferable to the rooms housing the Elgin Marbles, the Rosetta Stone, or other cultural heritage objects taken from their country of origin. Who’s the real vandal here? 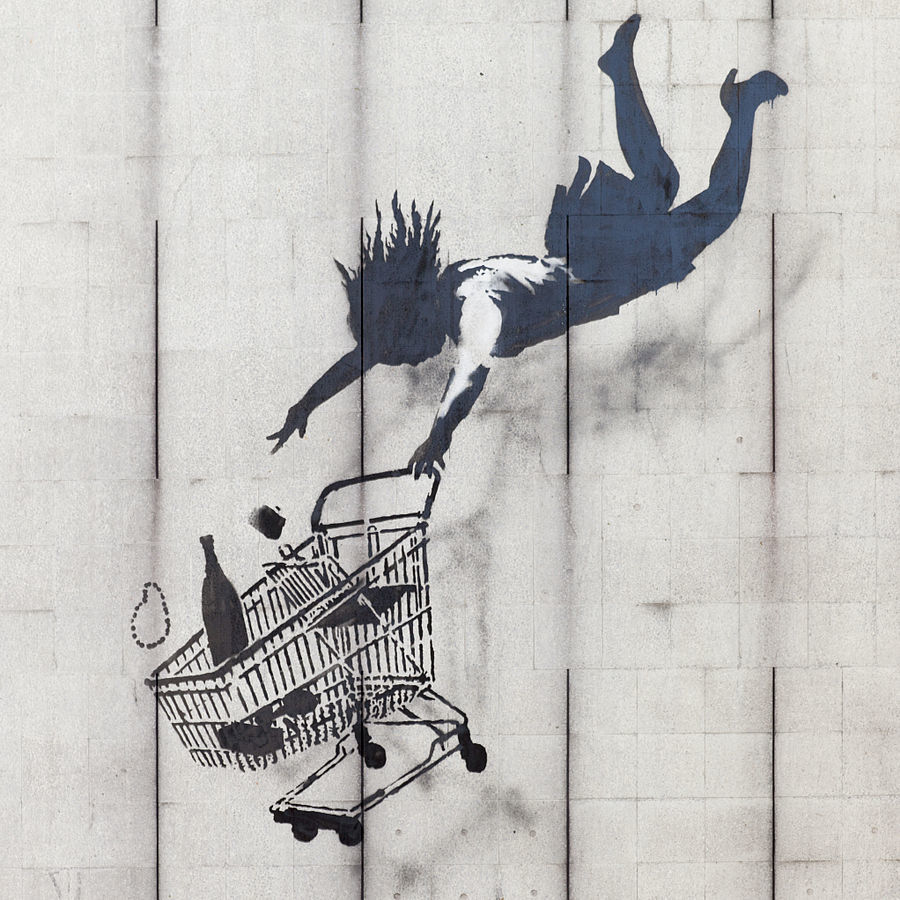 There have already been a couple more turns of the screw: the art market and the flow of money that Banksy sought to critique have found ways to capitalise on his gesture, and with devastating speed. Turns out that work so simple and popular is highly memeable. Memes from leading brands, such as Perrier, have sprung up like Hydra heads, using Banksy’s anti-establishment stunt to strengthen their brand identities. During a press conference, immediately after the event, Sotheby’s were keen to suggest that ‘The shredding is now part of the integral art work’. While it leaves a bad taste, the work is now undoubtedly worth more than the one million it sold for and its confirmed buyer is the happy owner of ‘the first work of art ever created at auction’. It has a new name (which makes my toes curl, sorry): Love is in the Bin. 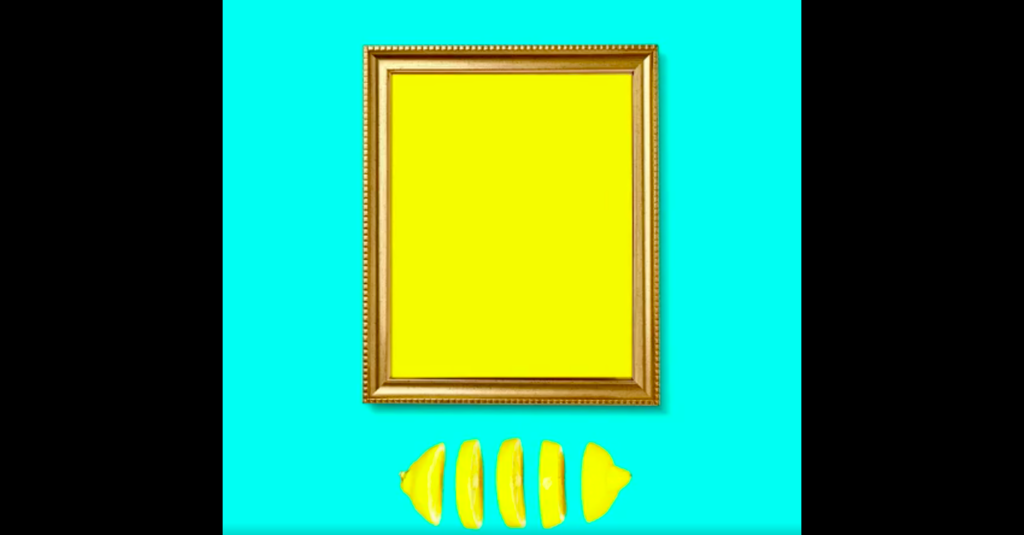 But while it might go on to sell for an even greater sum, Girl with a Balloon/Love is in the Bin will never be worthier than the moment when the gavel went down. The panic inside that auction room! Making the art market sweat, even if only for a second. Priceless. Even if you loathe Banksy, we all love a well-executed prank. This moment was a charged reminder of the tug of war between civilisation and barbarism. Street art vs the establishment. Which side will you pull for? Shredding his own canvas might be Banksy’s greatest work.

Header image courtesy and copyright Sotheby's and the artist.