Can You Judge a Record by its Cover?

The old adage of not judging a book by its cover is truer now than ever. The art of book design has faded since Vanessa Bell painted her sister Virgina Woolf’s novels and art deco masterpieces like Francis Cugat’s design for The Great Gatsby. Book covers have declined in the same vein as the post-Saul Bass movie cover, favouring rough photoshopping over original paintings. Yet the album cover has endured as an artistic medium, more so with the revival of vinyl collecting. It’s not just about music - it’s being able to afford a masterpiece to display in the layperson’s home. 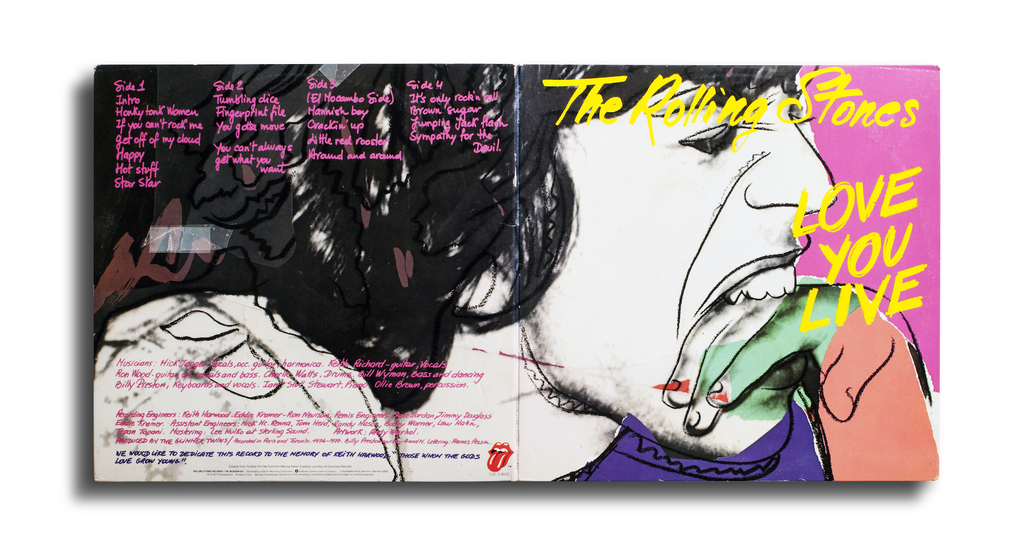 "the album cover has endured as an artistic medium, more so with the revival of vinyl collecting"

The Photographers’ Gallery has reified this change through moving the album cover off the domestic shelf onto the walls of the gallery. There would be no curatorial question raised by the names of the painters and photographers on display, from Andy Warhol to Robert Mapplethorpe. At the start of the exhibition, a sign informs the viewer that this exhibition has been ‘Curated by Antoine de Beaupré from his private collection of 15,000+ albums.’ Imagine reading that regarding a private collection of artworks in most other mediums. 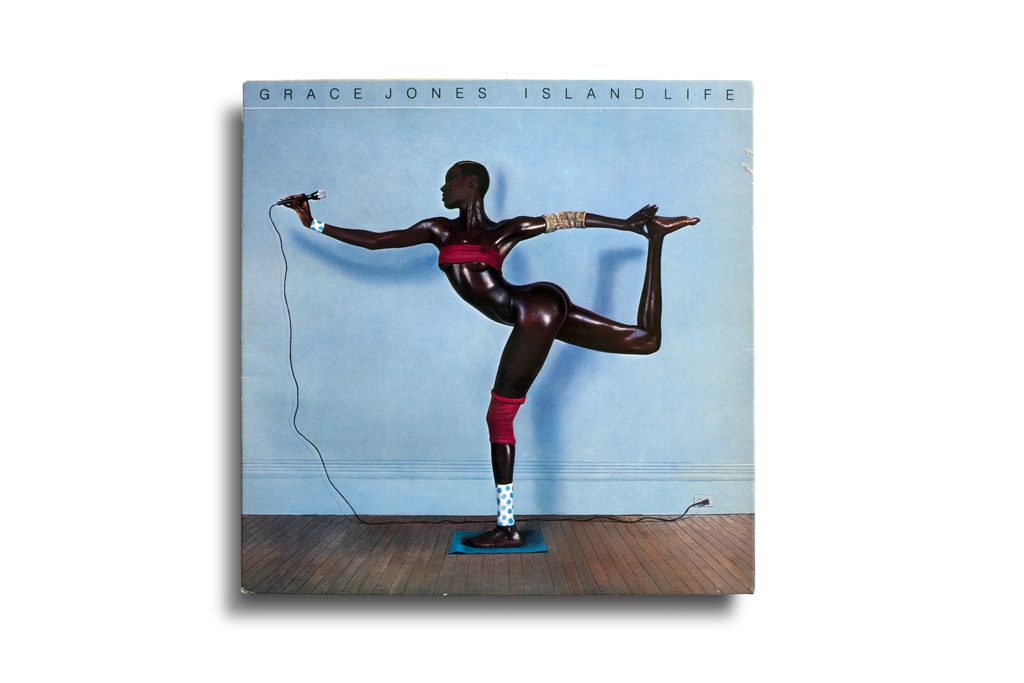 The work of artists well-known outside of cover design throws open the question of the potential to appreciate album art distinct from the music pressed into the grooves of the vinyl itself. It is possible to admire the three-colour printing technique of Robert Rauschenberg for the 1983 album ‘Speaking in Tongues’, for example, regardless of one’s taste for the music of Talking Heads. No music plays in the exhibition space as you walk around, placing the sole focus on the art rather than requiring the viewer to be familiar with the sounds heard on the records inside the covers. 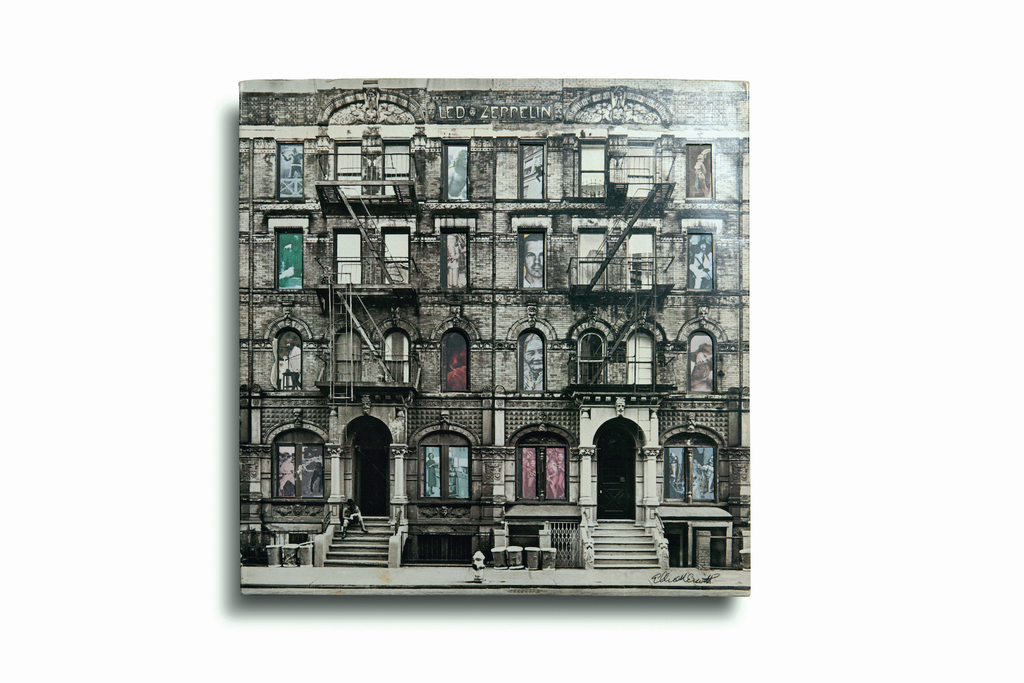 "striking differences emerge between the albums and musicians exhibited"

This level of detachment is possible, but should not be encouraged. The value of the cover art always remains rooted in the work and style of the artist themselves, be that work specifically created for an album or pre-existing pieces which resonated with the musicians choosing their cover. Consider the cover for the 1975 album ‘Physical Graffiti’ by Led Zeppelin, which features a photograph of two rundown tenements in New York City’s East Village by Elliott Erwitt which captured the spirit of the music. Or the cover of Tom Waits’s 1985 album ‘Rain Dogs’ which features a photograph taken of a couple at the Café Lehmitz in 1960s Hamburg by the Swedish artist Anders Petersen. The images chimed with the artists in some way, and they give an insight into their taste and how they want to project their self-image. 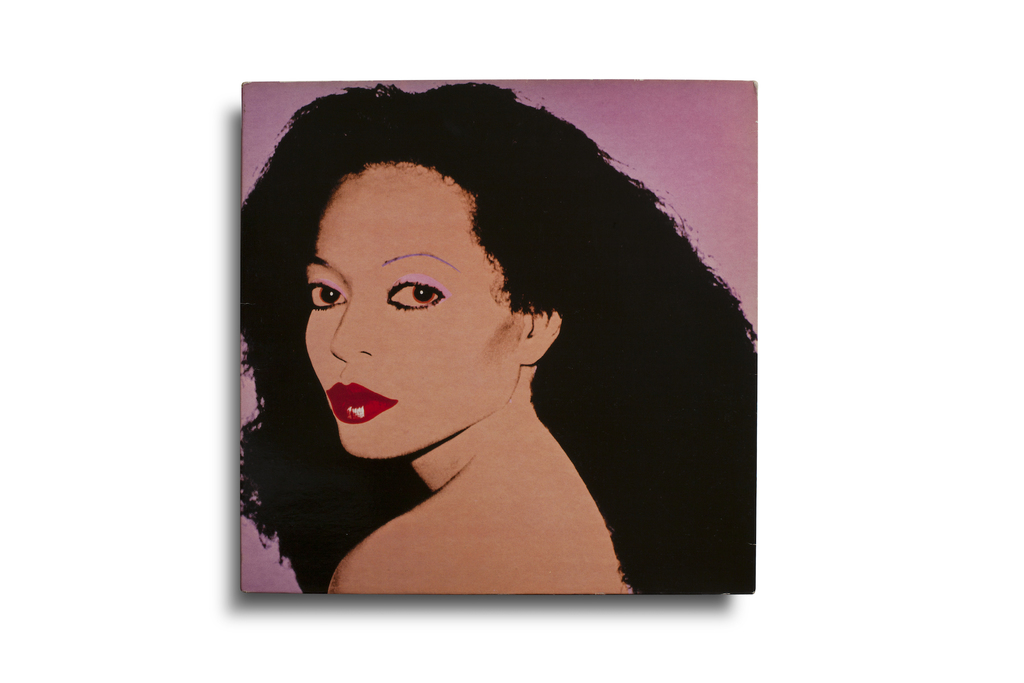 These are album covers which do not feature photographs or representations of the musicians themselves. They play into their image, but do not necessarily create it. It stands in stark contrast to the androgynous character-creation of artists like David Bowie or Grace Jones, for example, both of whom are highlighted in the exhibition. Bowie’s work with the artist Mick Rocks produced a series of album covers, such as the alien aesthetic of Ziggy Stardust on the sleeve for 1973’s ‘Pin Ups’, which helped to develop the ‘glam rock’ style more broadly. And the striking black-and-white composition of albums like 1981’s ‘Nightclubbing’ earned Jean-Paul Goude the epithet 'The man who made Grace Jones' from The Face Magazine. 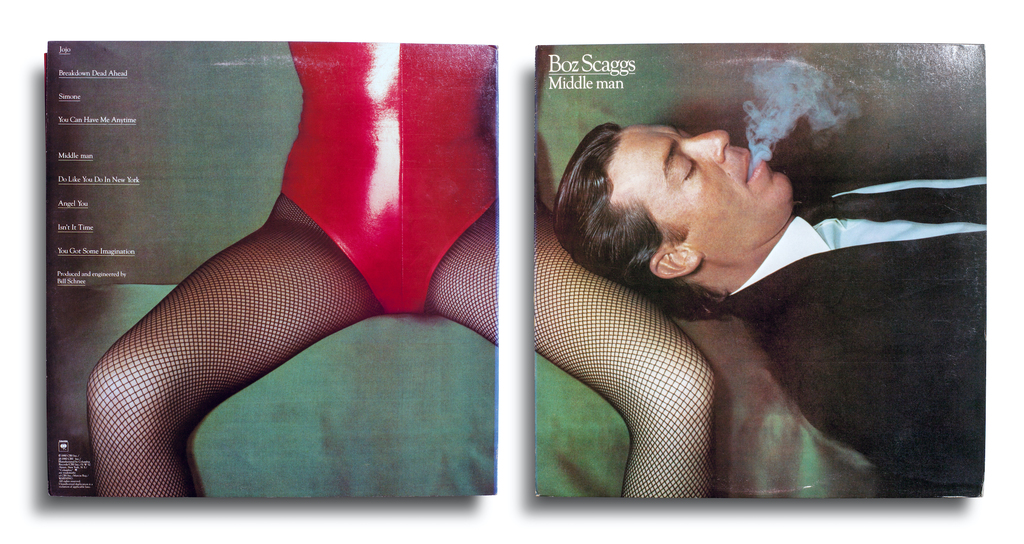 By displaying these covers in such proximity, where they might not be on a shelf at home, striking differences emerge between the albums and musicians exhibited. Looking at the walls depicting the shift in images of artists like David Bowie or Grace Jones highlight the differences in treatment of singers based on gender, ethnicity, and genre. The exhibition illuminates these contrasts largely through jazz and pop, jarring the panels of sharp bubblegum prints from the ‘80s and ‘90s with the blurred monochrome close-ups of jazz musicians like Miles Davis and David Newman. Here again listening to the music is essential for understanding why these different approaches have been taken. 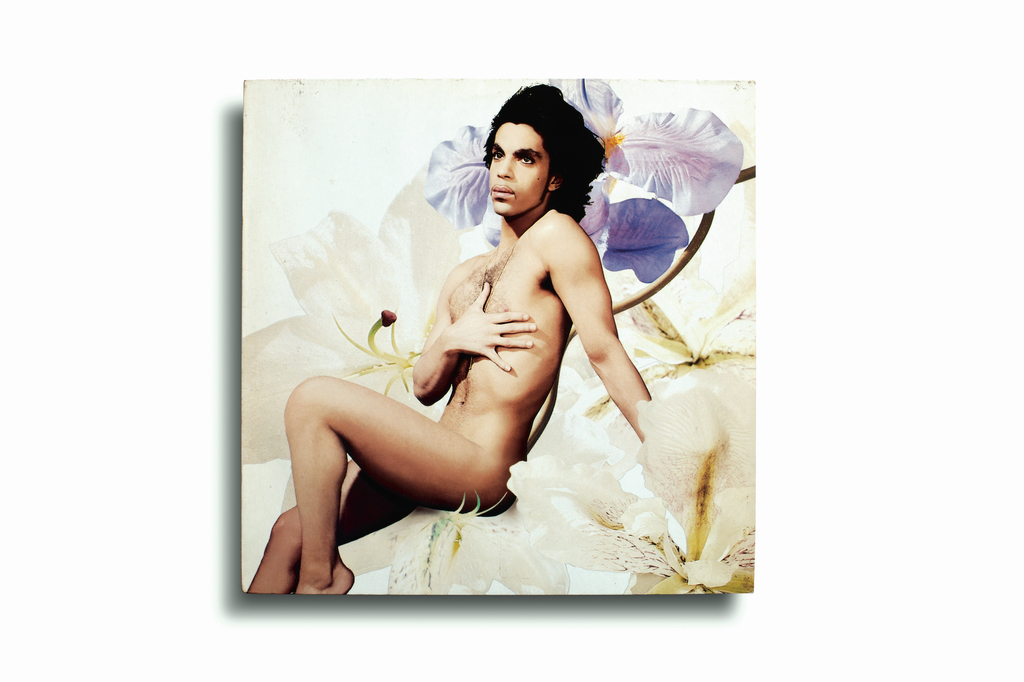 Where popular music is often precise, pre-composed, and meticulously crafted, jazz requires a more liberated aesthetic. This was certainly true of the ‘free jazz’ artists who developed a more radical improvisational style in the late 1950s into the 1960s, largely with the ESP label founded in 1964 by Bernard Stollman. The lead figure of this movement was saxophonist Ornette Coleman, whose 1962 concert at Town Hall was released as an album with a photograph of the band leader taken by Charles Shabcon on the cover. The portrait is hazy, Coleman’s face only partly illuminated by a spotlight. It’s mysterious and unexpected - just as his music was when he put his saxophone to his lips. 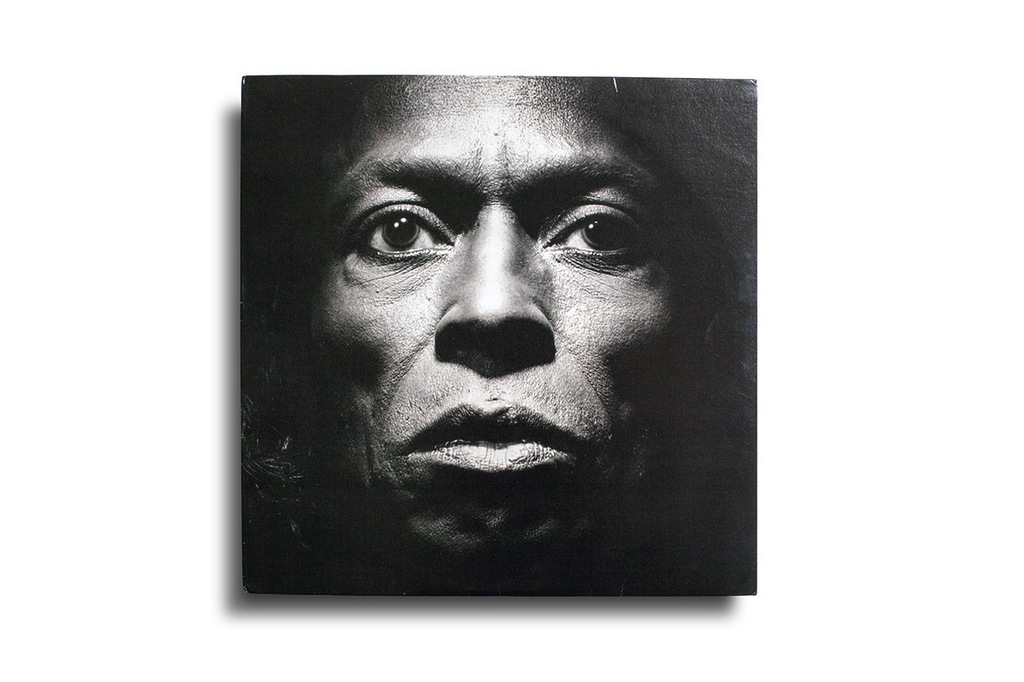 Gender in music is equally complex and diverse in its artistic portrayal. Walking around the exhibition, there are many female musicians but scarcely any female artists producing the album covers themselves. A number of artists, like Grace Jones, have an androgynous appearance which blends with male musicians and stands apart from the hyper-feminisation of earlier female artists (something the exhibition overlooks). One of the first albums seen is the monochrome portrait of Patti Smith taken by Robert Mapplethorpe for her 1975 album ‘Horses’. She is shown as a ‘serious’ artist in a suit, standing apart from the nude sexualisations of women seen on a number of albums by men - it is displayed next to ‘Middle Man’, a 1980 album showing Boz Scaggs smoking a post-coital cigarette next to a disembodied fishnet-clad leg.

"The portrait is hazy, Coleman’s face only partly illuminated by a spotlight"

‘For the Record’ opens a conversation around the artistic value of album covers which is well-worth having. It is a small exhibition with a wide subject, however, begging the question of whether medium is in and of itself grounds for display and curation. It should lead to great specificity in the selection of subjects, focusing on specific genres or themes elucidated within this reflective piece. It would also be fascinating to see how the art of album covers have changed in the twenty-first century, looking at the continued appeal of such commissions to artists such as Jeff Koons for Lady Gaga’s 2013 album ‘Artpop’. The possibilities for judging records, both through their music and their covers, have been shown to be broad.