For Since a Woman

As visitors moved around the building, they passed through the work itself.

On June 23rd, Plinth presented For Since a Woman, an evening of contemporary dance set in St. John on Bethnal Green, a Grade-I Listed church in East London. For Since a Woman proposed a novel way of experiencing dance, free from the traditional divide between performer and audience. There was no stage; no assigned seating. As visitors moved around the building, they passed through the work itself. Rambert’s Simone Damberg Würtz and Daniel Davidson travelled throughout the church, from the Sanctuary to the Gallery, amongst and amidst their audience. Each visitor experienced a different encounter with the piece, influenced by an almost infinite number of factors: did they stand or sit? on the balcony or in the pulpit? follow Daniel, or Simone, in their converging paths? Sir John Soane’s incredible architecture provided the setting of For Since a Woman; its atmosphere fired the dancers’ response to it. More than this, For Since a Woman disrupted the conventional function of the church as a religious building – wherein altar and sanctuary serve as the focus of the congregation, relegated to rows of pews. 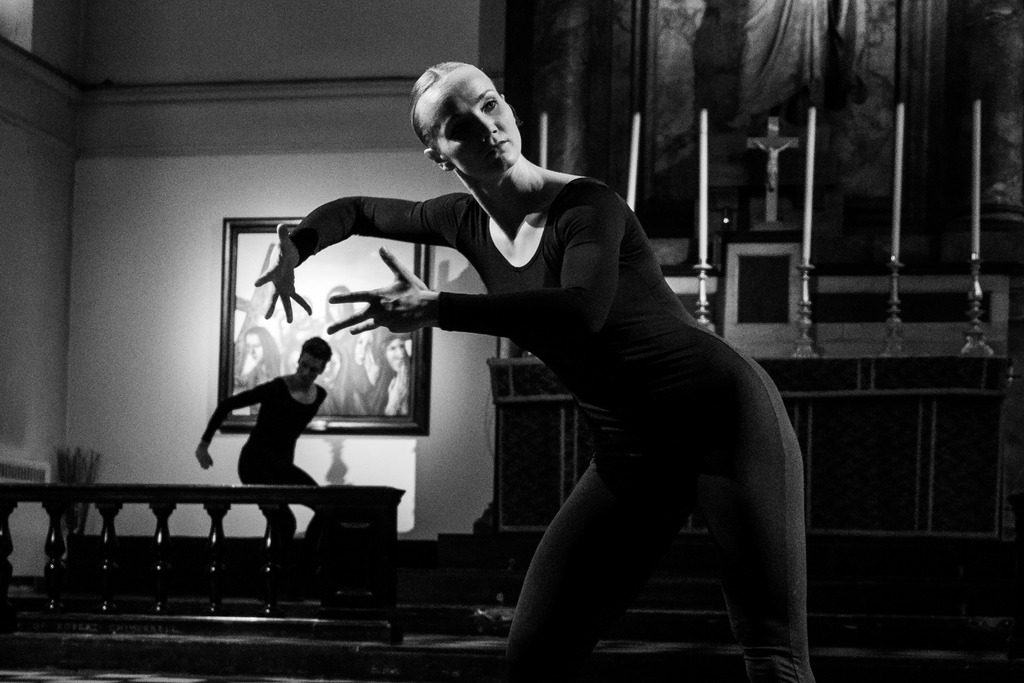 In the same spirit of abolishing the divide between viewed and viewer, the piece’s soundtrack and the movements inspired by it challenged the most ingrained conventions of all – those of gender. Instead, Simone and Daniel enacted their undoing.

Photographer Dolly Brown, working closely with Simone, selected contemporary and historical pieces from female composers spanning history to provide the evening’s music. Some were well-known, while others had – in one way or another – been ‘lost’ to the Western canon. The selection included work from renowned multidisciplinary sound artist Meredith Monk (b 1942), violist and composer Rebecca Clarke (1886-1979) and Francesca Caccini (1587-1641), a composer of the Medici court. Finally, the dancers responded to the piece from which the performance takes its name – Quia ergo femina ("For since a woman") – by Hildegard von Bingen (b 1098), the earliest known female composer in the Western music tradition.

In the same spirit of abolishing the divide between viewed and viewer, the piece’s soundtrack and the movements inspired by it challenged the most ingrained conventions of all – those of gender. Instead, Simone and Daniel enacted their undoing. As the dancers ‘performed’, in the literal sense of the word, they ‘unperformed’ the constructs we uphold, unthinking, everyday. Simone refers to Daniel as her muse; throughout the performance, she held and supported him, both emphasising and confounding the strength and fragility of each dancer. The Christian Church, and organised religion more widely, has historically entrenched the roles of men and women as distinct from one another; St. John on Bethnal Green is committed to offering a varied and challenging artistic programme, and functioned as the perfect venue in which to stage a proposal for rethinking the ancient, and the arbitrary.

Dolly Brown photographed the dancers in preparation, and compiled a body of images in response to the evening’s theme. They were an integral part of the piece and were exhibited in the Belfry and the Gallery. Brown has previously collaborated with Tate, The Royal Ballet and the Barbican, exploring behind the scenes to discover how new work is commissioned and created. She is frequently invited to attend rehearsals and previews for concerts and ballets, which she photographs as @londonlivingdoll on Instagram. 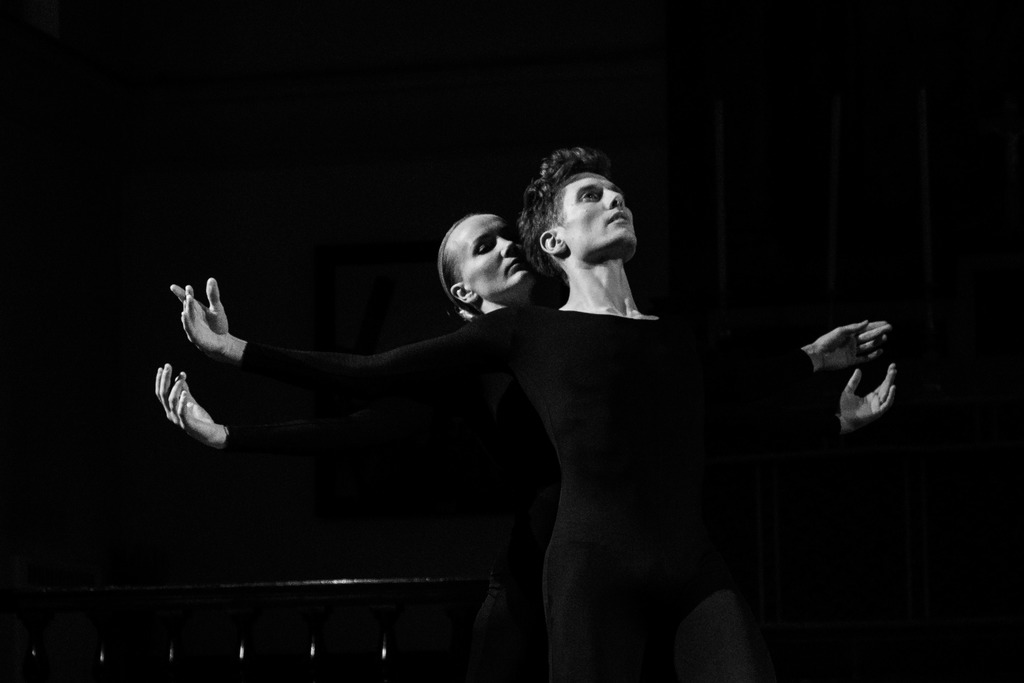