For Hayley, not Hefner

When I was seventeen, I went through a phase of sneaking into strip clubs. Belligerent and bold as brass, I’d sell myself as an investigative journalist (ha) and barrel past the security guards, who were so surprised to see me that I was never questioned. It was a singular moment in a teenage-hood saturated with the weird awakening that comes around fourteen, when your father’s friends start to look at you differently and (male) adult attention is suddenly pushed upon you rather than sought. The initial intoxication with what felt like a new-found super power wore off, of course, and beneath it lay fury. 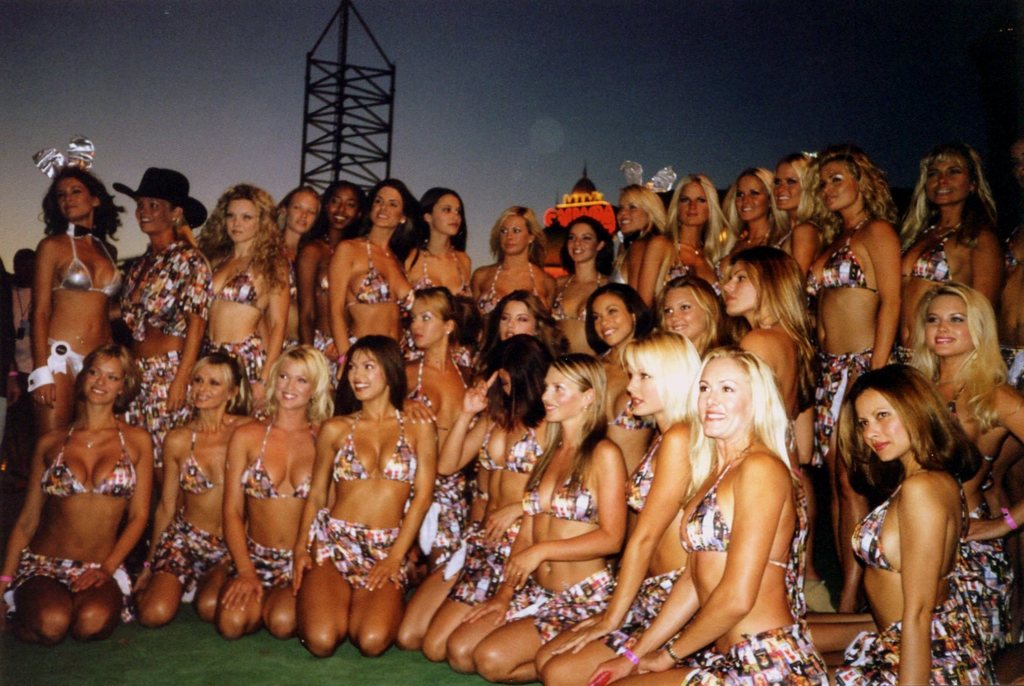 The Strip Club Adventures were only one chapter in the story of grappling with the peculiar kind of socialisation a young woman is ground down through and into – a process which begins almost overnight, ending just at the moment you get used to it – and I’m not sure I’d repeat it now, at twenty-four. I remember, though, how important those ill-judged expeditions felt. They signified transgression, and a journey into a space which was absolutely and categorically designed to exclude people just like me. I wanted to assert myself there, but the odds were not in my favour.

In 1963, Gloria Steinem went several steps further and went undercover as a Bunny in New York’s Playboy club. Her account was published in two parts, in the May and June issues of Show magazine – and if you haven’t read it, stop here and start now. Amongst many other subtle atrocities, we learn that eligibility for the role of Bunny is dependent on several attributes, in a very particular order: Beauty first, ability last. Apart from the casual sexual assault and violation of workers’ rights, the Playboy Club in 1960 seems a weird hybrid of school and sex – “Five demerits for eating in the Bunny Room!” and potential dismissal for neglecting to keep one’s ‘uniform’ clean. The overwhelming impression, though, is of an insidious infantilisation which begins to wash over Steinem and, eventually, her reader. She is exhausted, so are we, and so were the girls I met on my own adventures. Very little glamour; rather, monotony. In a kind of chilling tautology, neither my own experiences nor Steinem’s seem wildly different from the standard exposure of women to a culture saturated with misogyny. Do they touch you? Yep. Are they meant to? No. Depressingly: much like a bar on a Saturday night, then. 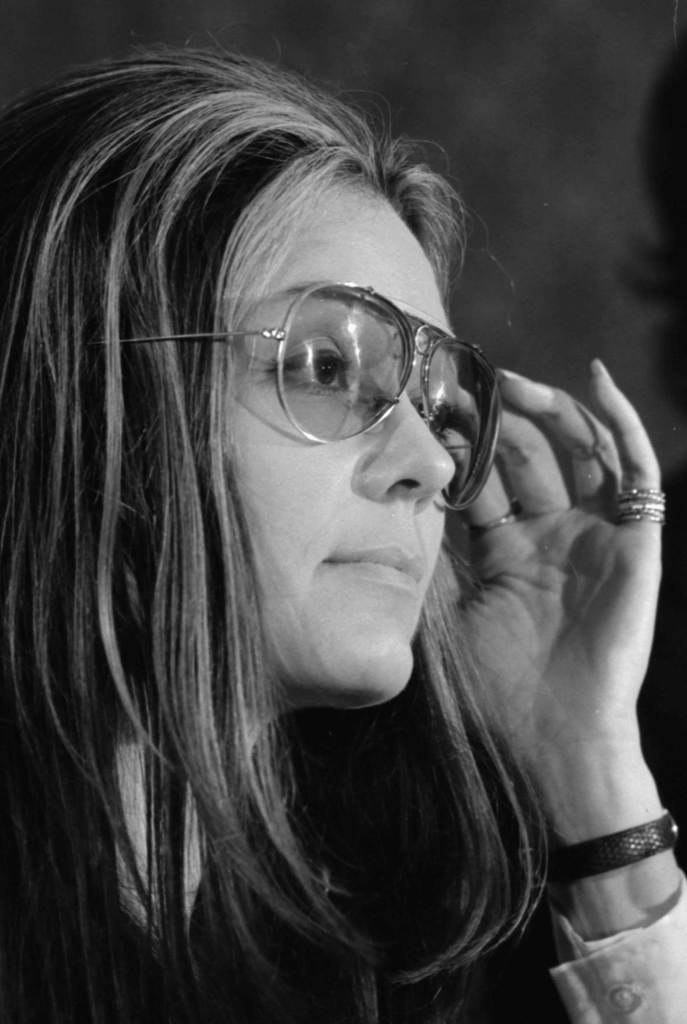 I’m writing now, of course, in the wake of Hugh Hefner’s recent death. He had very little to do directly with those particular clubs in Birmingham’s backstreets – I wonder if Hayley is still at Medusa? – but he had a real hand in establishing a societal atmosphere which allows that potent mix of casual misogyny and one-sided hedonism to exist in the first place. His legacy began in 1953 when he set up Playboy Magazine, in full swing and a kind of symbiosis with the sexual revolution by the 60s. We’ve all heard, and heard debunked, the idea that institutions like Hefner’s are liberating for women. In short, it’s a very convenient way of looking at a system which chews women up and spits them out; hey, at least they’re earning! They’re proud of their bodies. And if I like looking at them, then it’s a win-win. Etc, etc. Hefner heralded his own enterprise as ‘the end of puritanism’. In the way that established power structures have an uncanny ability to assimilate and poison progressive movements, the sexual revolution was piggy-backed by Playboy as a wonderful means by which to have more sexual entitlement to women’s bodies without social stigma, or fear of pregnancy, to ruin anyone’s fun.

Western culture has a history, as long as its own, of the simultaneous quasi-worship and objectification of women through the use of their bodies in art, as the subjects for poetry and legend, and – later – to sell everything from insurance to lingerie. Marina Warner writes about the content of early public art – flags, coins and so forth – explaining, “the female body recurs more frequently than any other: men often appear as themselves, as individuals, but women attest to the identity and value of someone or something else”. Think of the Statue of Liberty, of the French Republic’s Marianne, Madonna and Whore; then, of the interchangeable bodies and smiles ubiquitous on billboards and in strip clubs. In Steinem’s ‘A Bunny’s Tale’, she treats us to a scene in which one girl longs to attain the status of Playmate, i.e., to be featured in Playboy’s magazine, rather than work as a waitress. Another girl informs her that the images in the publication don’t feature real women at all; rather, they’re a kind of composite. ‘I know the girl who does the breasts’, she says. Whether or not this is true, it’s a strikingly apt analogy for the heart of this tangle of thorns. Female bodies are reconstituted so relentlessly that they are more image than reality; an image of an image is less than the sum of its parts. Interchangeable, subject to taste – assembling a Playmate much like throwing together a salad. The Bunnies were expected to represent the franchise, and figure as incarnation of the Playboy fantasy; dressed identically with scripts learned by rote, they were the inhuman human face of a faceless ideal. Plus ca change. 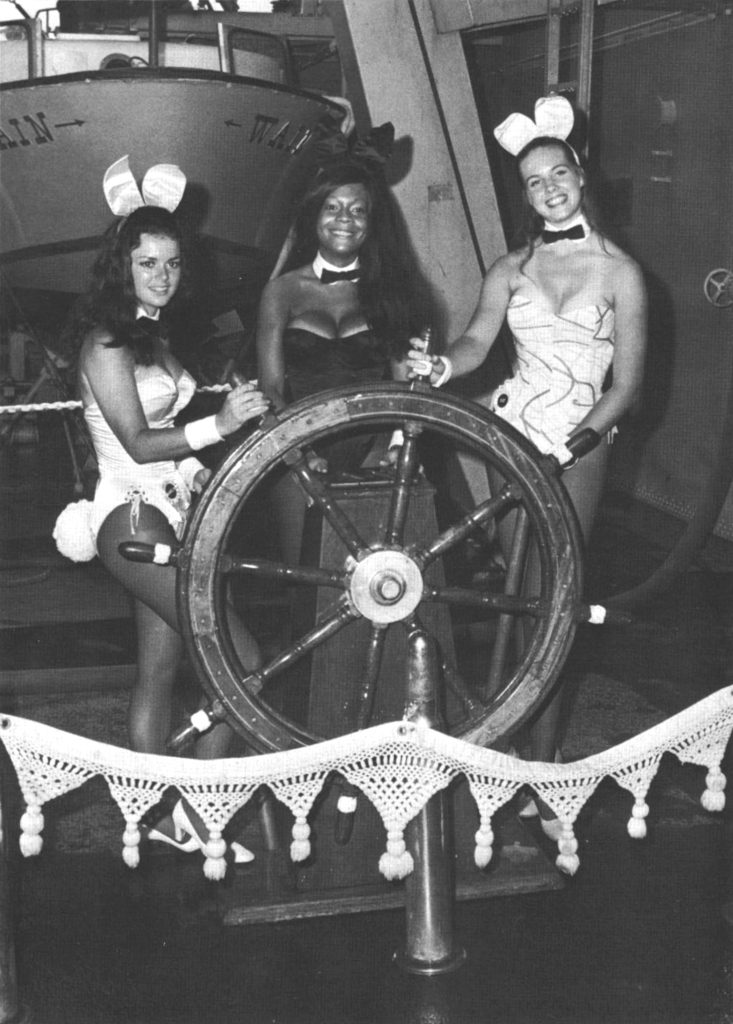 Playboy et al are not so far removed from ‘normal’ life as we’d like to think – rather, they present something which suffuses our culture, served neat.

I grew up in the wake of Hefner’s legacy, which – sadly – looks set to outlive us all (although at least the army has lost its leader). Just as Steinem and her fellow Bunnies had to turn their tips over to the management and buy their own costumes, so the girls I met had to rent their own place in the club, so that a night with no dances meant a loss. Just as Steinem was encouraged to say ‘Please Sir, you’re not allowed to touch the bunnies’ but date the ‘Number One Key Holders’, so I was informed that – surprise surprise – customers still offer money for private ‘dates’, and expect to be accepted. No one, in either century or on either continent, uses their real name (on a side note, neither did I: I became, in those red-lit underground spaces, ‘Rachel’. Not safe to be me, or you, or her.)

All those years ago in a back room of a gentleman’s club, I spoke to a girl called Hayley, who believed I was going to tell her story. She talked at length, took me backstage and into private rooms with a kind of resigned indignation. She was angry, but mainly she was exhausted – emotionally first, physically second. She talked about the strain of smiling for 8 hours at a time, laughing at bad jokes, feigning interest in anecdotes and flirting with men she wasn’t interested in. ‘But they believe you! They really think you fancy them. And that’s how you get dances, which is how you make money.’ So many women have written, far more eloquently than I, about the unrelenting emotional labour which comes part and parcel with being female – smiling, nodding, placating, flattering, soothing – in personal and professional contexts. Hayley’s world, and the demands it placed on her, were alien and familiar all at once. I recognised more than I expected to: without drawing false equivalences, there seemed as many similarities as differences between our personal experiences. Playboy et al are not so far removed from ‘normal’ life as we’d like to think – rather, they present something which suffuses our culture, served neat. Of course, keeping that thought at arm’s length serves to dodge a particular(ly) uncomfortable truth.

That conversation with Hayley marked the end of my Strip Club Chapter. Shaken by the realisation that there was no secret world of sin and sex to uncover – that the people in that particular bar were much like the patrons of any other – there was less distinction than felt safe. Those trips served mostly to throw the world outside the clubs into relief, illuminating what had been there all along rather than offering something distinct to kick against. More than anything, though, I felt guilty. I’d hoodwinked the customers and the security men with a kind of moral get-out-of-jail-free card but now the net had gone too far, ensnaring the women on whose behalf I was so furious and curious. I promised, in a way that felt empty then, that I would do what she asked and tell people ‘what it’s really like.’ So here I am, seven years later: what it’s really like is there for you to see, if you cross the threshold. It’s a kind of distillation of the world outside. This piece is written for Hayley, and not for Hugh.