From puberty onwards, Carolee Schneemann’s body got her into trouble. Having been awarded a full scholarship to New York's Bard College, she found herself, while still in her late teens, the target of unwanted attentions. 'All the male English teachers there were famous writers,' she said of Bard in a conversation with Stephanie LaCava in 2017. 'They would look at your behind and make unpleasant comments about your shape, would they like to fuck you or not.' While still a junior, she was expelled for 'moral turpitude.' Her most damning offensive? Keen to scrutinise the human form, and prevented from studying life drawing at Bard, Schneemann used her own naked body for self-portraits. In the eyes of her pervy professors, this could only be evidence of severe moral decline; of deviance and self-abasement. The lesson was clear: her body was fair game for objectification, unless the one treating it as an object of study was herself. 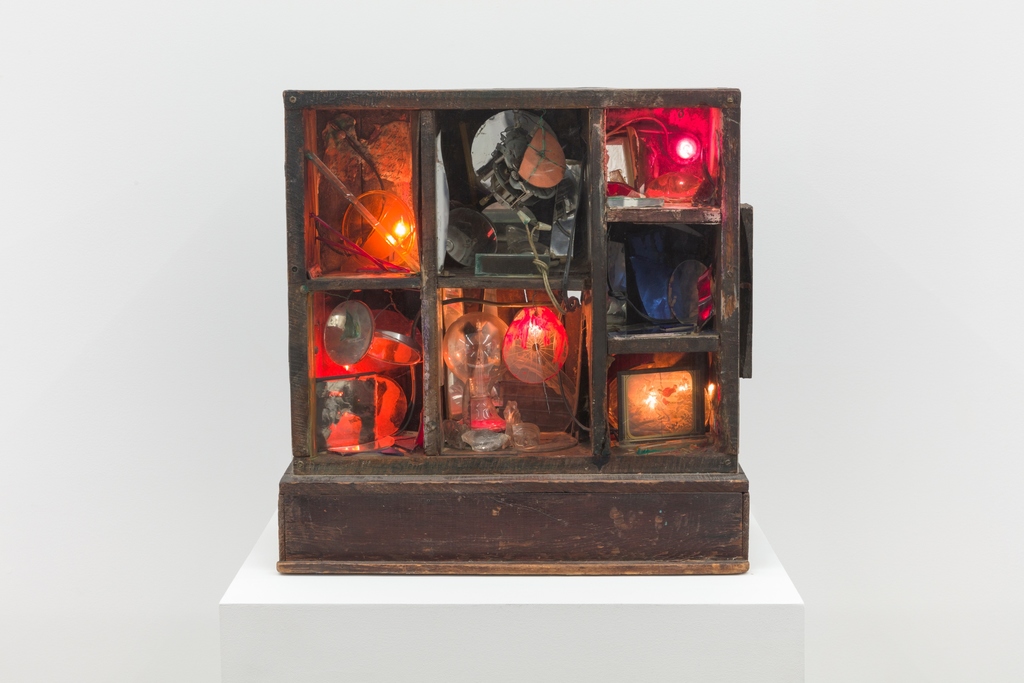 "an outlaw, intruding in a masculine realm"

But, if Schneemann quickly learnt that her body was not her own – that, within the bounds of the establishment, it was a problem – she learnt equally fast that her intellectual mind and creative spirit would fare little better. Proposals to write about Virginia Woolf and then Simone de Beauvoir were rejected. 'My philosophy professor told me, "Honey, why do you want to write about the mistress when you can write about the master?"' On another occasion, her painting teacher instructed her, 'don’t set your heart on art. You’re only a girl.' 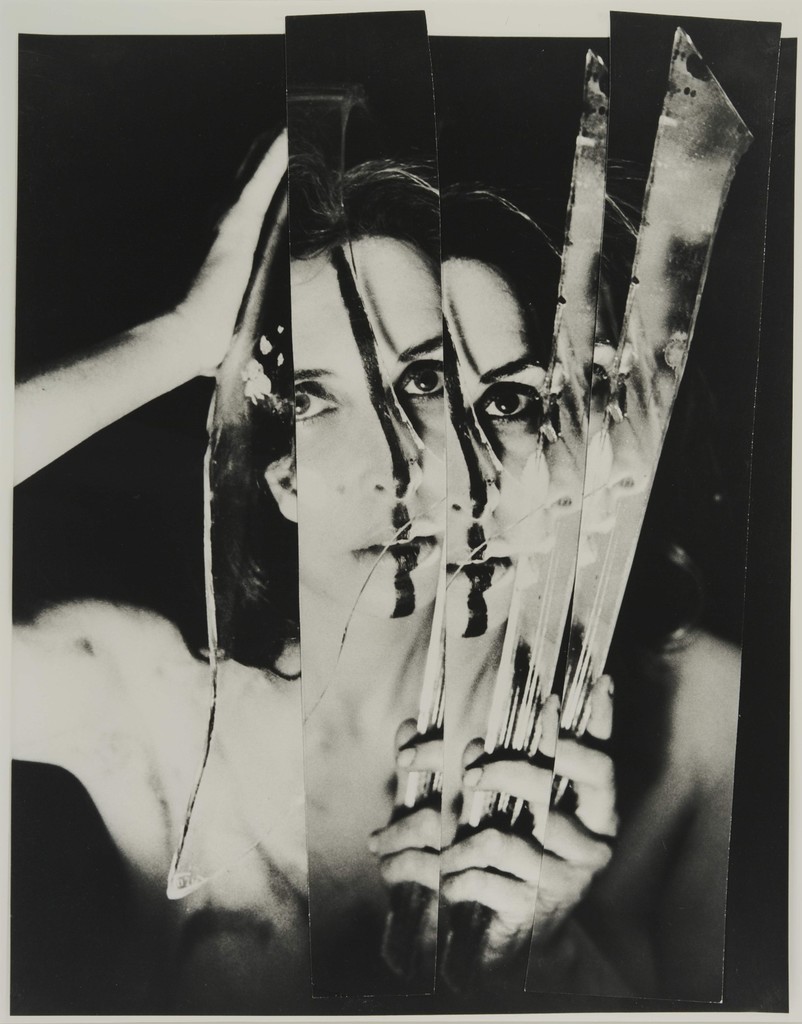 It’s doubtful this was intended to be a scrap of reverse psychology, but, nonetheless, Schneemann seemed to hear in her painting teacher’s words a strange kind of invitation – permission to try and create in the way that she wanted, precisely because, as she would later put it, 'it doesn’t matter, nobody’s going to care.' Indeed, she declared that 'the history of [her] work is this collision with a double message: You can try what you need to do, you’re gifted, but don’t expect to have any authority or any self-realization.' In the Sixties, as a proto-feminist inheriting a male cultural tradition, she knew she would be perceived in the art world as 'only a girl'; the 'mistress' not the 'master'; not The Artist, but the muse. And so, if the 'Art Stud Club' (Schneemann’s delectable term for the big boys with their big canvases) wouldn’t accept her within their ranks, she would have to forge her own framework, practice and perspective – one that was both embodied and intellectual, motivated by an expansive body politics that refused to fall prey to mind / body dualism, and resisted patriarchal conventions of what women should think, feel, be, and do. What else could be expected from a girl expelled from the academy for daring to take her body and her artistic study into her own hands than a deep-seated desire to be 'both image and image-maker', to create art that’s all heart, all mind, and all body, all at once? 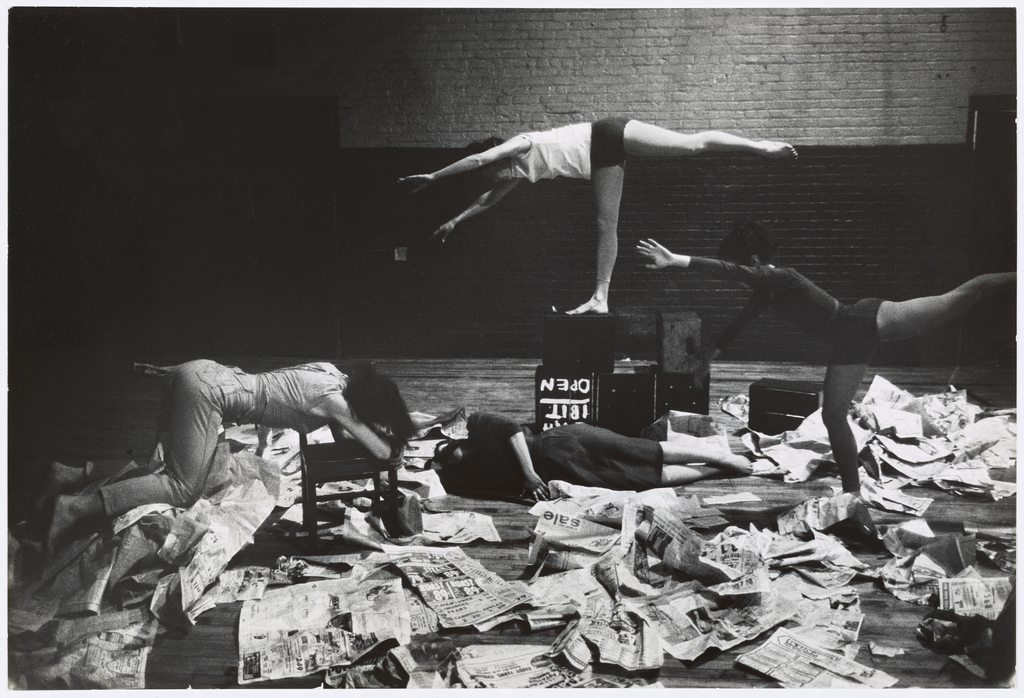 The Barbican’s new bumper Carolee Schneemann retrospective seems to resoundingly prove that, if she once felt she was 'an outlaw, intruding in a masculine realm', Schneemann’s position in the art world has now decisively shifted. For what could be a more emphatic signal that an artist has joined the ranks of the authorised insiders – the institutionally approved – than a solo, posthumous exhibition at one of the capital city’s major galleries? After all, if there is one more thing that’s certain, apart from death and taxes, it's the fact that, after death, women’s work and reputations become more agreeable, their body of work fair game. 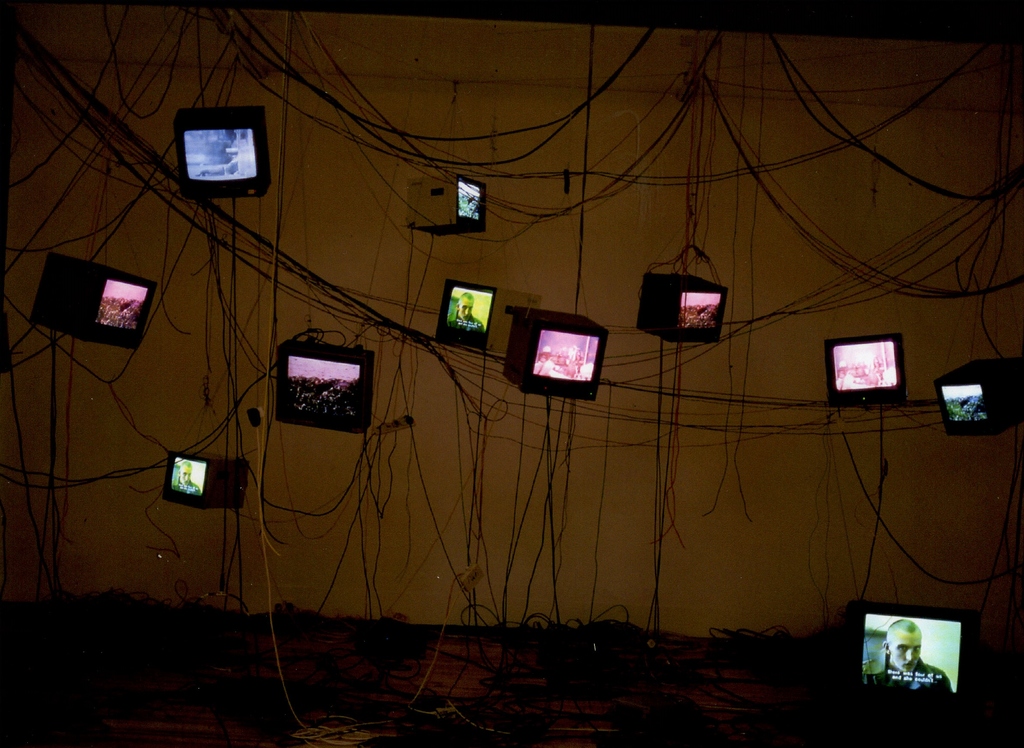 "Even now, her body seems capable of getting her into trouble, prompting pearl-clutching shock and accusations of vulgarity"

Yet, to approach and dismiss the Barbican exhibition as a posthumous respectability parade would be to do it a great disservice. The exhibition is truly exceptional. It showcases the Barbican’s talent at curating shows that are at once rigorously academic and visually alluring – vast and commanding displays of intellect and beauty. Rather than smoothing or softening Schneemann’s work, it expands it; wallows in it; gets under its skin. From Schneemann’s early paintings inspired by Cezanne – who, she initially thought was a woman due to the ‘anne’ in the post-impressionist painter’s name – to collage-painting hybrids featuring images of women from history, and works stemming from her long-standing research into women’s creativity, one of the things that comes through most forcefully is Schneemann’s intellectual rigour, and her desire to uncover a creative female lineage. Minoan priestesses, New Guinea goddesses, and pyramids of molecules were all subjects of study, in her incessant attempt to rework the canon. 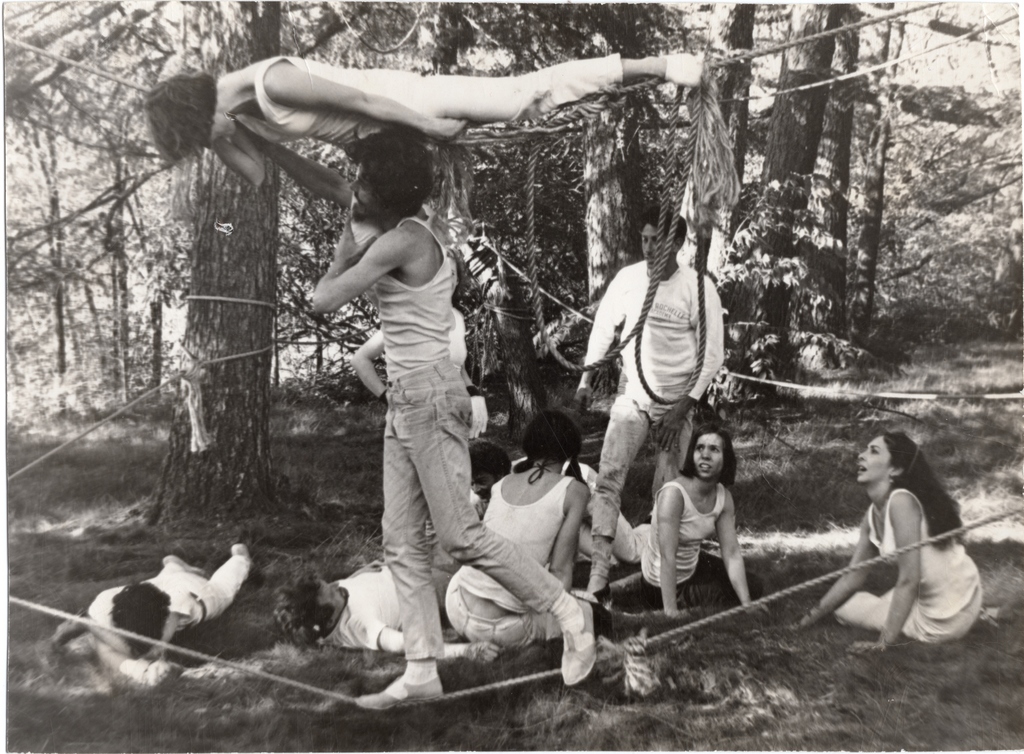 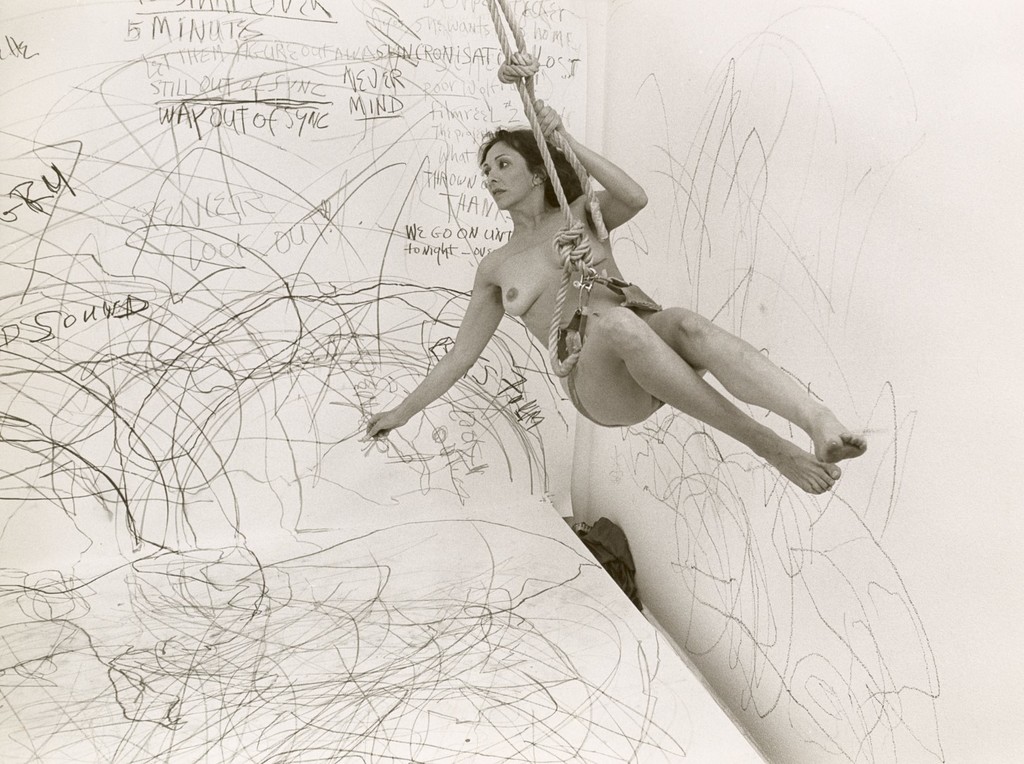 Across the way, another work of flesh jubilation: Schneemnn’s 'cut, spliced, scratched, layered, baked in the oven, painted over, dipped in acid' film of her and her then-partner James Tenney having sex over three years, Fuses. Again, Schneemann seems to be reaching for the essential truth of life – images of sexual love interspersed with images of mundane joy. Snow, the sea, a cat, light through a window. As the Barbican’s accompanying text notes, Schneemann wanted the film to be described as a 'love-fuck' – the two words inextricably linked, fused. ICA and Arts Lab went with 'love-film' instead, a phrase which, in its ‘wink wink’ coyness, surely pushes the work closer to ‘adult entertainment’ than Schneemann’s frank alternative. 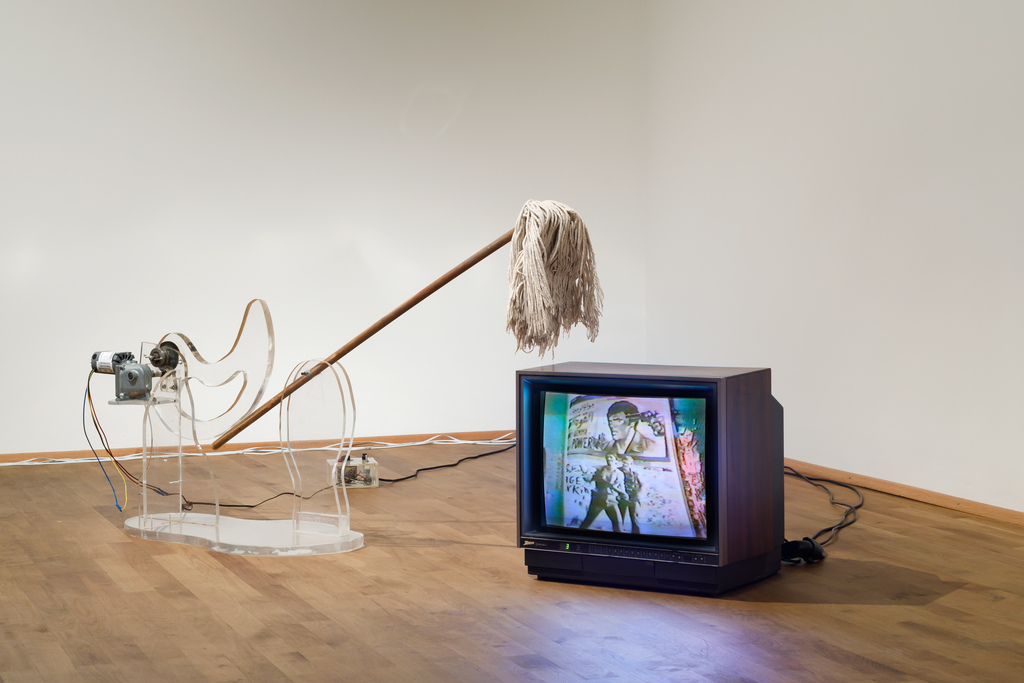 In her exceptional new book on self-injury as entertainment, Which As You Know Means Violence, critic Philippa Snow quotes Schneemann saying, in 2015, that performance, for a woman, has 'these connections with cultural pleasure for a male audience.' While female performance is read in 'the tradition of the dancer, the striptease, the beautiful actress,' male performance, Schneemann suggests, 'is usually highly masculinised. It’s challenging the body in a very physical way. It’s climbing a mountain instead of laying on a glacier in your underwear.' 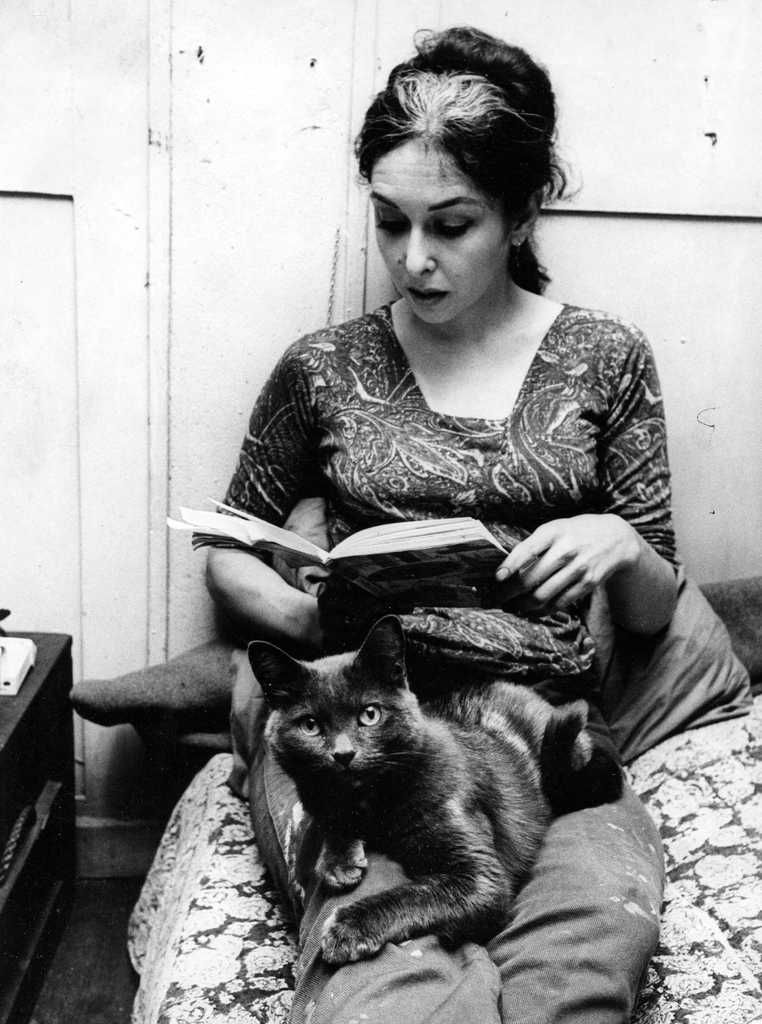 Schneemann intrinsically understood the power and threat of a woman inhabiting her body in service of art, instead of male pleasure. Even now, her body seems capable of getting her into trouble, prompting pearl-clutching shock and accusations of vulgarity. But then, perhaps what this also proves is her exceptional deftness at broaching eroticism and atrocity. Whether training her ‘eye-body’ on 'atrocity images' from the Balkans, Caribbean, Middle East, and Vietnam, or on the morning kisses she shared with her beloved cat, Schneemann’s work always thrums with ‘double messages’; the violent, subversive and excessive existing alongside the domestic, tender and banal. One of the most powerful and unsettling things performance can do is inhabit paradox, and subvert expectation - 'to act in opposition to what might otherwise be expected of you,' as Snow writes, 'to be a beautiful sorority girl who plays the stuntman, or a stuntman who displays himself like a beautiful sorority girl…'

Suspending her body in ropes and harnesses – going ‘Up to and Including Her Limits’ – Schneemann was a beautiful girl playing the stuntman par excellence. But, she also knew she could use her body to subvert the traditional expectations of pleasing the male gaze, not only through self-injury and extremity, but also through jubilation. The only true response: 'Yes! Life is like that!' - for me it is.