Viewers of prestige television feed on intensity. With a variety of venture capital-backed streaming platforms vying for domination, the serialised urgency of shows like Euphoria and Succession is good hook and bait. But as with all addictions, there’s a lot of disappointment 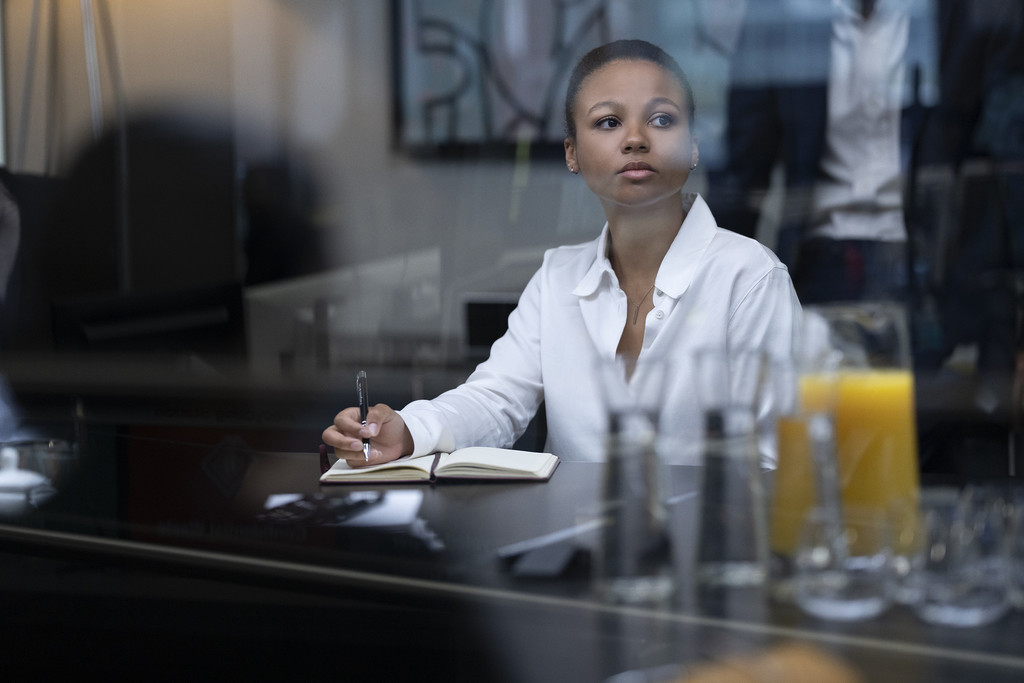 "In a world where we want to see what we can’t have, wealth and power are forceful motors"

In a world where we want to see what we can’t have, wealth and power are forceful motors for high drama, especially when it involves rich people behaving despicably. With its depiction of cutthroat market logics pressed into a carousel of high-achieving narcissists – the newly-released second season of HBO’s Industry was everything that the lacklustre third season of Succession failed to be. 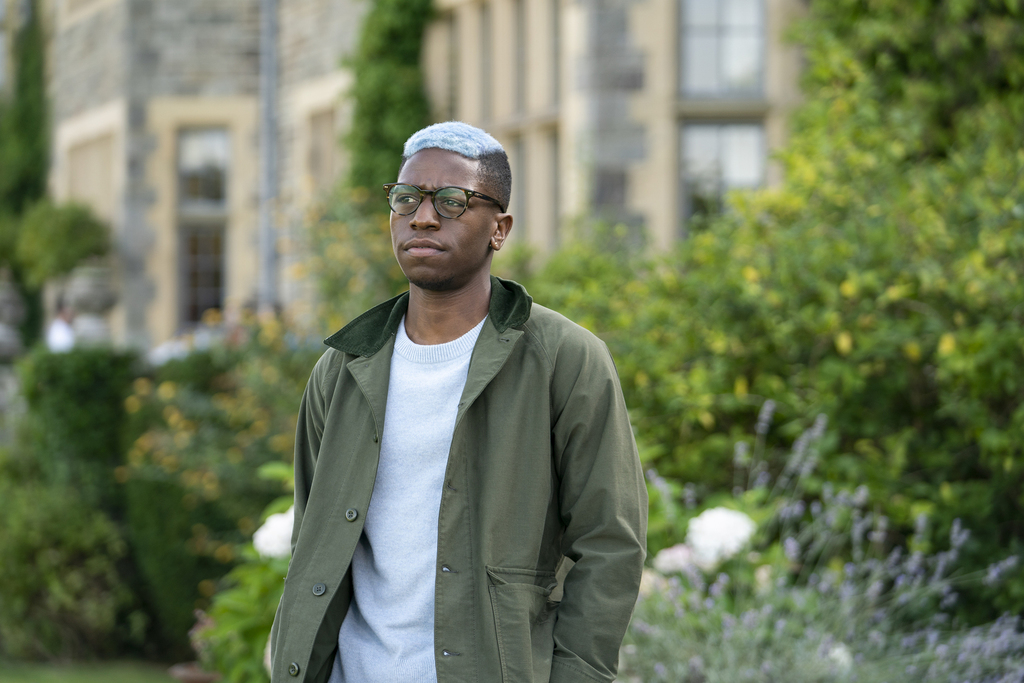 There are an estimated 1.1 million people in the UK working in the financial services sector. As Tony Norfield, author of The City (2016) writes, financial workers allow the former heart of the British Empire to appropriate billions from other nations 'while appearing to do them a service.' Industry depicts what goes on behind the glass panels at Pierpoint, the trading floors of the fictionalised market leader in high finance; it’s a world where workers speak in trading jargons; where fortune is digital speculation; and where red digits flash, lines plummet, and faces turn solemn (or even beam from shorting stock).

The first season centred around an intake of new grads – Harper, Robert, Gus and Yasmin – as they got bullied by their superiors, forced to buy lunch for their desks, and worked dead-eyed late into the night – until it was time for drinking, snorting gear, and fucking. It was fun and salacious. But an immaturity in the characters transferred into the storytelling. There was a disconnect between their misdemeanours and a working world they were yet to master. 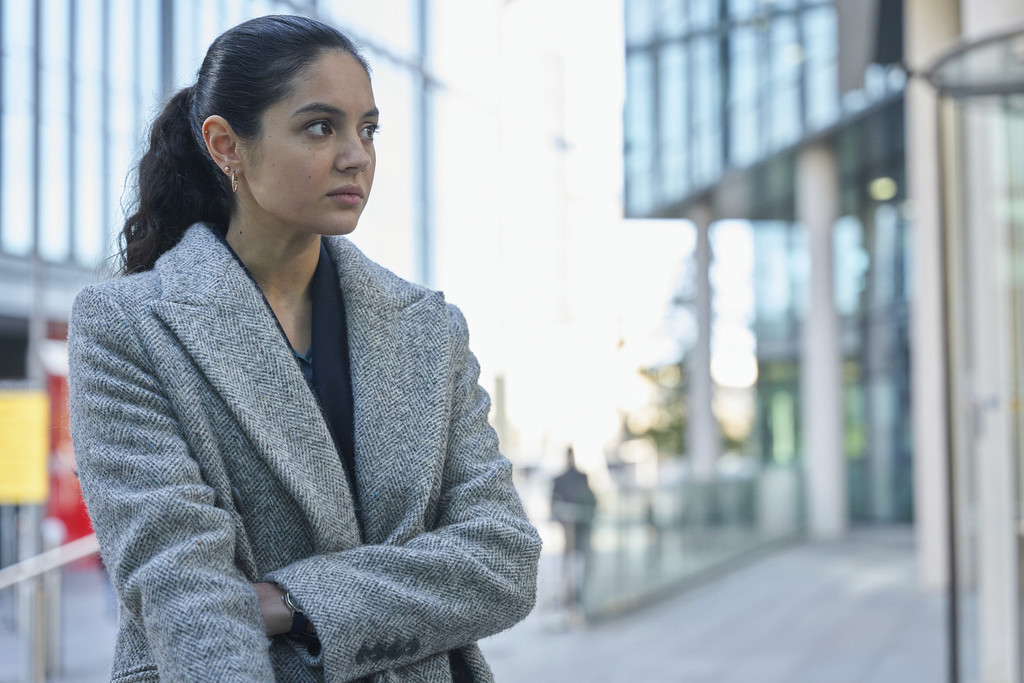 "where profit is the only virtue, people are expendable"

By contrast, season two has fully integrated high-paced trading into the plotting. The gambit? The rumours are that Pierpoint wants to merge the UK and US desks. Eric’s team are now under the assessment of the young Daniel Van Deventer, who used to be Eric’s mentee. Everyone needs to step up. What’s more, the story successfully expands away from the trading floor, with its power-plays and malfeasance, toward the realms of political power. The former young-grad Gus, a Black Etonian, lands a job working for a Tory MP through Harper’s work contacts. A fantastic episode with a pheasant shoot on a country estate provides an intriguing subplot about political lobbying and NHS contracts, making links between the shadowy worlds of British politics and high finance. 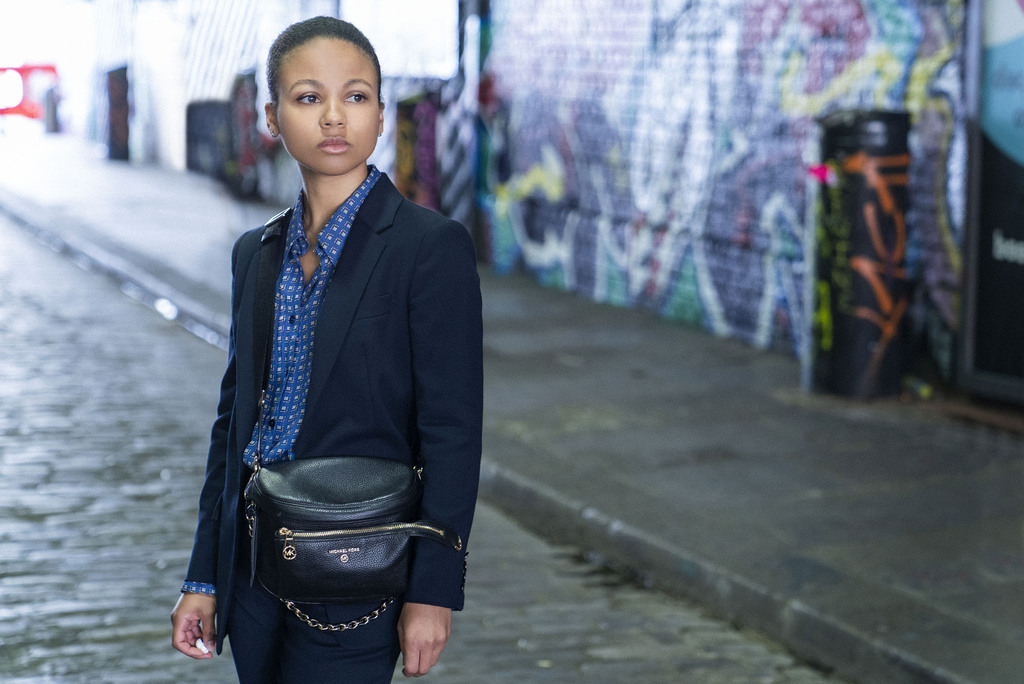 Now that Harper, Robert, and Yasmin are in their third year, unprofessional mentor relationships structure the new season. The show’s focal point, Harper Stern (played brilliantly by Myha'la Herrold, described by show writer Konrad Kay as an ‘antihero’) is feeling the heat from Eric as she returns to the office post-pandemic. She befriends Jesse Bloom, the world’s most renowned billionaire tech investor. His trades alone advance her career and make her indispensable at Pierpoint. But can she really control him? At a loss after leaving the trade, Harper helps flatmate Gus become the tutor of Jesse’s son, before he breaks the boundaries of the mentor relationship by seducing him.

Having lost Clement, Robert’s only client Nicole becomes his domineering mummy-cum-lifeline. And while he’s trying to control his impulses, her trades are the sole reason he has a job. Free from her incompetent boyfriend, Yasmin really comes into her own, blasting Kenny, her team manager (now a penitent twelve-stepper), and tussling Venetia Berens, a tenacious new grad. Yasmin is taken under the wings of the glamorous Celeste Pacquet, away from the FX desk and to the Sotheby’s-style millionaire decor of the upper floors of private wealth management. Chattering in multiple European languages, the more client focused role takes Yasmin’s story to the seedy world of client satisfaction, uncovering the sins of her account holders, including her father. 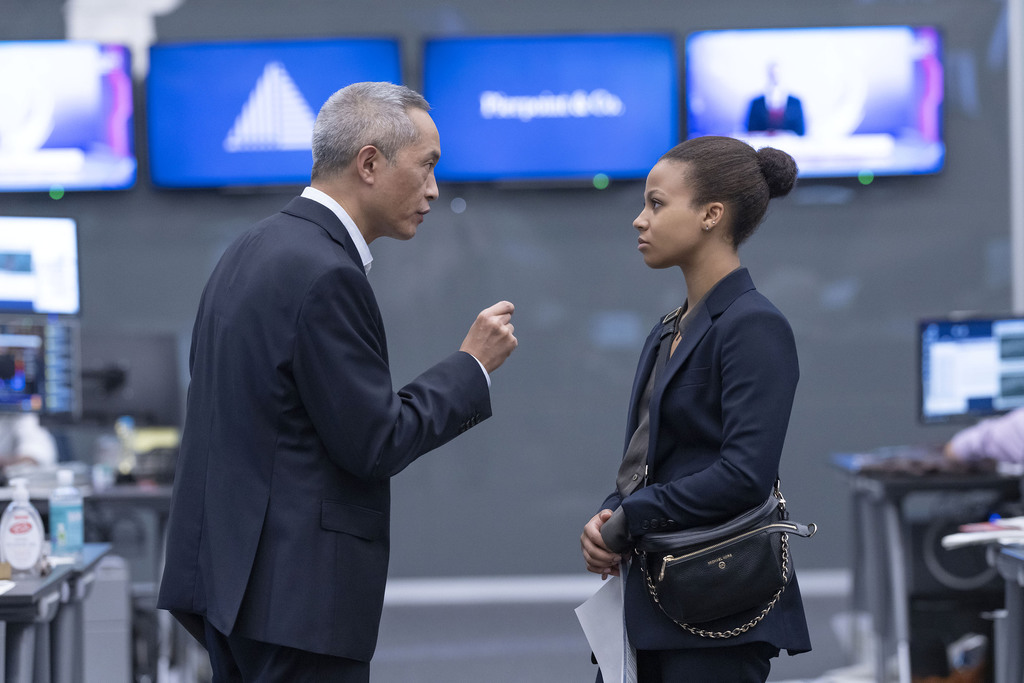 The writers of Industry, Konrad Kay and Mickey Down (who both had brief careers in finance) have said in press interviews that they wanted every episode to feel like a finale. And with this new season, they have undoubtedly elevated their production into a much more dynamic show. The writing builds intricate tensions as we become invested in the characters and their dilemmas. The acting is superb. The cinematography, too, has advanced into something more visually complex. In Episode 5, ‘Kitchen Season’, Harper takes a work trip to Germany and she discovers her party boy brother. The poet Caleb Femi’s directorial makes it a visual standout. The seedy darkness of Berlin provides the ideal contrast to the spotless appearances of London. 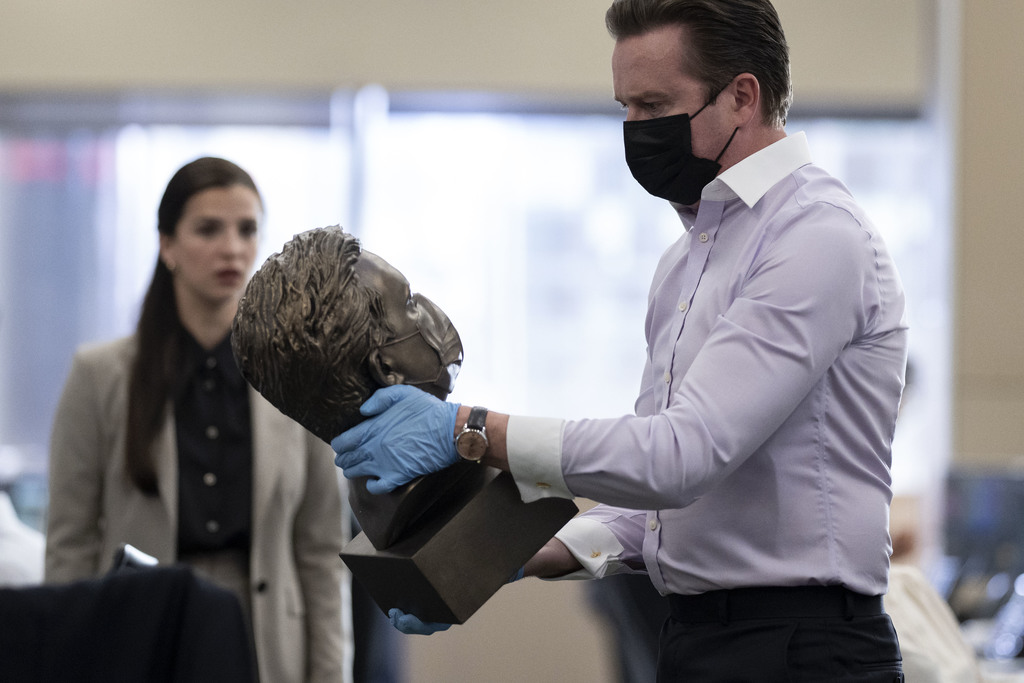 The German Romantic poet Hölderlin once wrote that 'What is pure can only be presented in terms of the impure,' in Industry purity is the pursuit of trades. But where profit is the only virtue, people are expendable. When not on the floor – the employees of Pierpoint live inside a fictitious capital – a London for people who can afford to eat and drink in marble-topped bars every night, where there’s high-stakes conflicts – just one kiss could lose a business partner billions. And so, Robert succumbs to his addictions. Yasmin’s father changes the locks on her apartment. Harper compromises her integrity to get close to Jesse Lee. In the lengths that the traders go to succeed, the threat is self-obliteration. 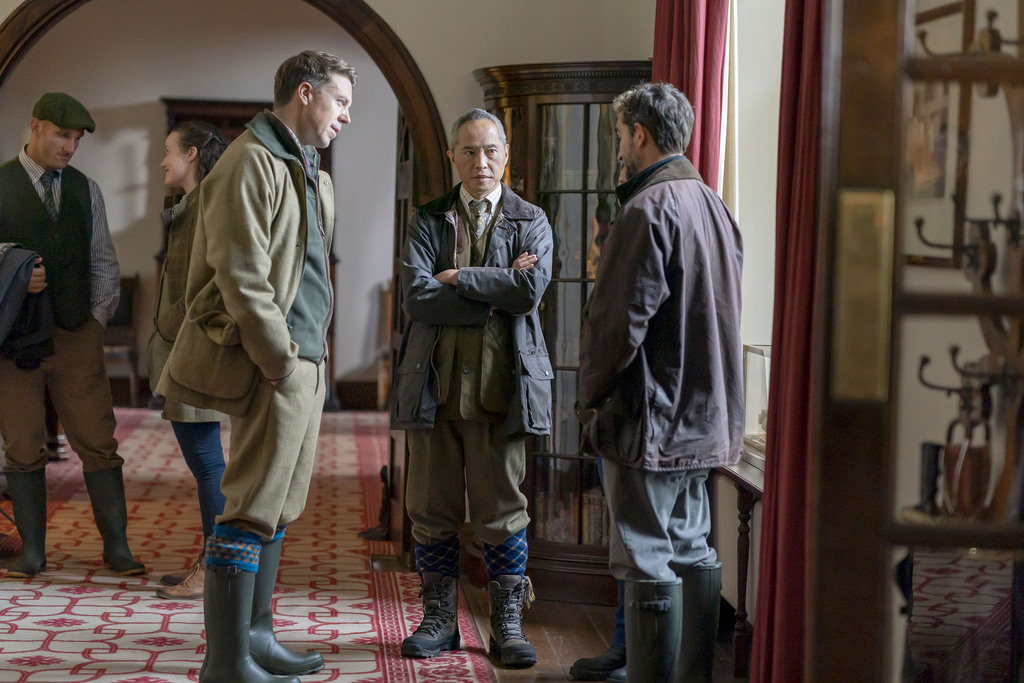 "happiness is a volatile commodity"

In the narrative arcs of Industry, happiness is a volatile commodity. Risk and market instability are mirrored in the personal lives of each character, where fidelity to love or friendship only exists as a law to be trampled on. But for all of their failings, these are fully complex characters. No one in the show is a 'bad person.' The show makes clear the characters’ active ambivalence to everything in their lives apart from making money, how this creates volatile quests for pleasure resulting from a loss of self. The motivation to succeed is perfectly clear. What is less comprehensible, and what also provides the thrill of the story, is the spectacular acts of self-sabotage that occur when the pressure becomes too much. 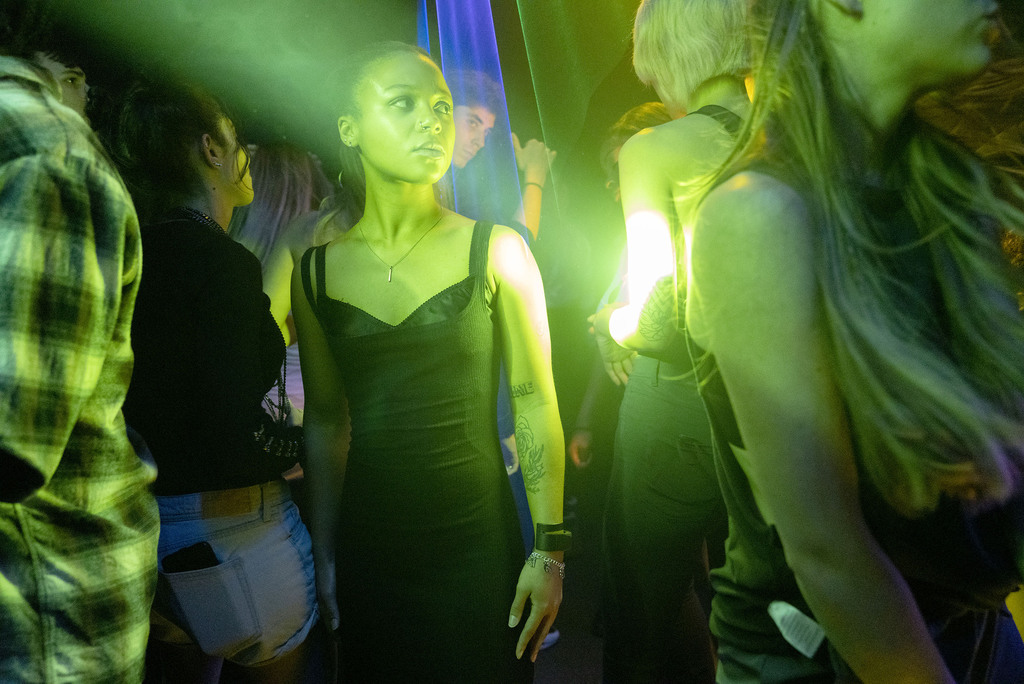 In 1978, the cultural historian Christopher Lasch claimed that our era can be defined by self-interested narcissism: 'Relationships with others are notably fragile; goods are made to be used up and discarded; reality is experienced as an unstable environment of flickering images.' This is an extremely pessimistic account of human behaviour.

If we are to consider narcissism as the cold carapace that hides our powerlessness, Industry shows the impact of a highly corrosive environment upon the people that work there – how in structures of power mediated by billion dollar trades, people attempt to course-correct their own negativity by asserting their dominance over others. This is the primary form success takes in its alienated world. 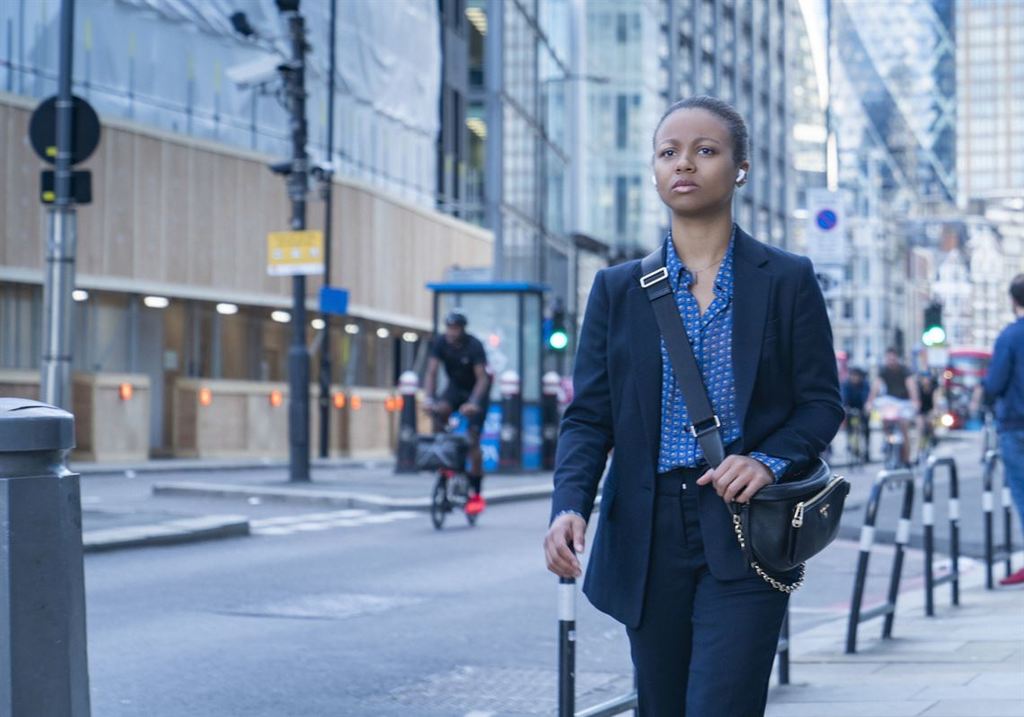 Industry’s vision of a world is as cold and calculated as its name would suggest. Yet, there is a crack in the shell of this ruthlessness. For all of the attempts of the traders to enact self-possession, what is disclosed is the ultimate absence of self knowledge, represented on screen through their indiscretions and catastrophic mistakes; falling back on past wounds, we see their inability to learn. They’ve shorted the stock on their own happiness. And yet, for all of its white-collar cruelty, it lays bare the repressed humanity that still desires to break through.