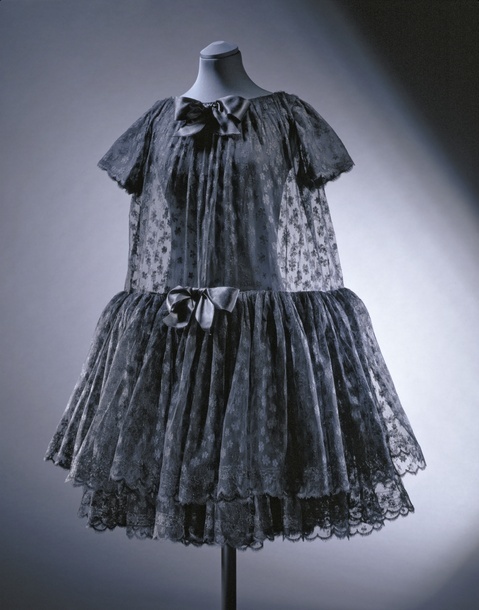 From Elsa Schiaparelli and her infamous lobster dress painted by Salvador Dali to contemporary trailblazers such as Cindy Sherman and her self-portraits wearing vintage Chanel, fashion and art have been bouncing ideas off each other for decades.

Few fashionistas will forget that moment in September 2013, when Miuccia Prada sent a new model army down the catwalk against a backdrop of paintings by six female graffiti artists from around the globe. Enormous women’s faces loomed over the runway, echoed on knee length shift dresses under jewelled collars and knee high socks. The result was a perfect fusion - of fashion, of politics and of art.

From Elsa Schiaparelli and her infamous lobster dress painted by Salvador Dali to contemporary trailblazers such as Cindy Sherman and her self-portraits wearing vintage Chanel, fashion and art have been bouncing ideas off each other for decades. Over the past 20 years, the overlap has become even broader, ranging from a genuine commitment to art to more cynical exercises in brand-building and media exposure.

The reasons for this are complex and manifold, symptomatic of a circular movement which has been creeping across society for the past 20 years. In an age of increased democratisation, luxury has lost its sheen. Inspiration for designers today is frequently drawn from the aesthetic and language of the street, where many of today’s celebrities begin their careers. Museums, too, now focus less on ‘high’ culture and more on popular movements; think of the V&A’s current exhibition You Say You Want a Revolution? Records and Rebels 1966-1970.

Simultaneously, the growth of social media such as Instagram has created an access-all-areas visual culture that thrives on the power of the image. And all of it springs in turn from a desire for greater relevance in today’s society, a yearning to reach different audiences; at its most basic level, it’s driven by a need to make a profit. The traditional silhouettes of couture exist for an increasingly niche market, but the exaggeratedly luxe streetwear of labels like Vetements is more popular than ever; the sudden ubiquity of luxury trainers is testament to that.

When fashion and art come together, they create a mutually beneficial arrangement that sees art exposed to new audiences (not to mention funding) - and to new media and avenues of mass marketings - and lends fashion, always regarded the flightier and more commercial of the two disciplines, with a gravitas and authority it would find hard to achieve on its own.

Art critic Hettie Judah has a long-standing relationship with the Mode Museum in Antwerp and has written extensively on the relationship between fashion and art. ‘> Within the fashion industry there is an abiding perception that artists work free of commercial constraints and the kind of pressure that those in the fashion industry struggle with,’ she says. ‘There is still a popular idea of the artist as a figure of unconstrained, pure expression that has become totemic.

‘Up to a point, that’s true. The fashion industry is voracious, and for any designer to make money, they need to work within established industry constraints. It is notable that both Martin Margiela and Helmut Lang left their successful fashion labels to concentrate on their artwork.’ How do they work together? ‘To an extent these days, both [art and fashion] seem to function as a kind of entertainment and/or spectacle, whether it’s a blockbuster exhibition or an Instagram-ready catwalk show,’ she says.

Collaborations have been the public face of this development. And when collaborations work, they really work. Prada’s presentation demonstrated what can happen when a designer blends visual acuity with passion. The same goes for Belgian designer Raf Simons’ one-off capsule range with American multimedia artist Sterling Ruby: a hype-inducing wardrobe of splattered streetwear, Simon’s minimalist precision blended with Ruby’s anarchic hand-painted exuberance.

Simons’ has good form in mixing with artists: aficionados will recall his previous work featuring Joy Division album art. His Spring/Summer 2016 “Isolated Heroes” collection offers parkas and sweatshirts (no one does luxe streetwear like Simons) emblazoned with monochrome portraits of extraordinarily beautiful young men by photographer David Sims. The sinuous lines of Sims’ images against Simons’ pared down, street-style-infused silhouettes made the partnership one to remember.

At the Serpentine Gallery’s annual summer party in London, you’re as likely to see Kate Moss, Naomi Campbell and Tommy Hilfiger as you are to see actual artists. 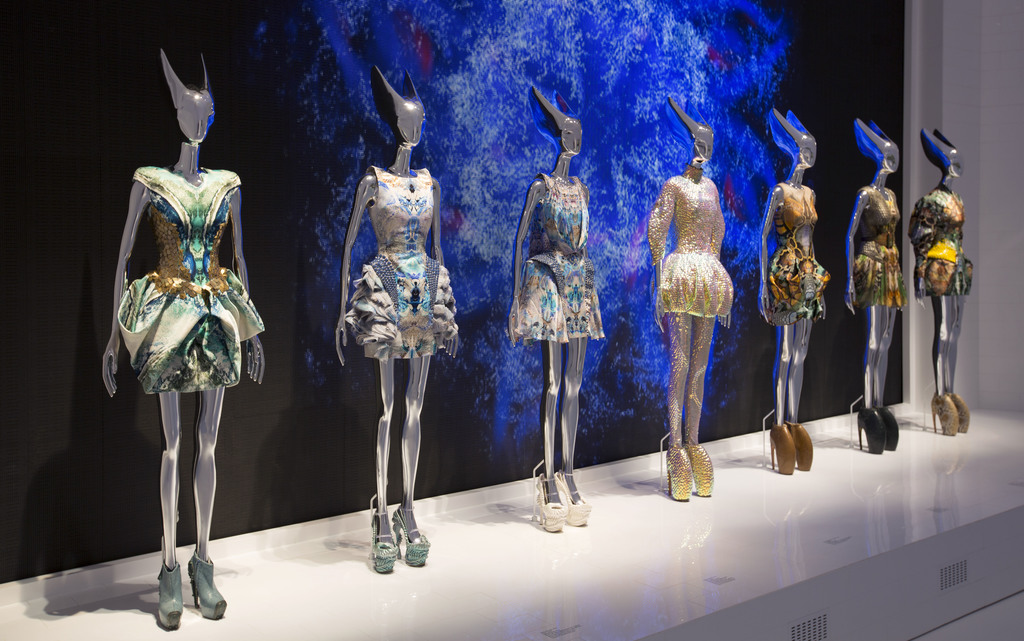 ‘Where collaborations work, it’s because of a meaningful three-way relationship - a genuine mutual respect/interest between the art and the designer, and a rapport between the artist and the consumer,’ says Judah. Simons/Ruby hit all the right buttons; a recently launched Supreme X Araki, not so much.

Still, one of the most seminal partnerships between fashion and art remains Marc Jacobs’ sprawling collaboration with reclusive Japanese artist Yayoi Kusama. In 2012, after successful partnerships with Murakama and Stephen Sprouse, Jacobs, then creative director of Louis Vuitton, covered a vast array of products in Kusama’s signature kinetic dots. Love them or loathe them, you couldn’t escape them …

What made LV’s investment in Kusama significant, however, was that it was, in effect, merchandising. As part of a long-term programme of sponsorship, the luxury brand supported a touring retrospective of Kusama’s. And if collaborations are the public face of the exchange between fashion and art, what is going on behind the scenes is cultural investment and sponsorship. And that is starting to count more and more.

Designers are now key collectors in the art world. Raf Simons owns art by Evan Holloway, Mike Kelley, Brian Calvin, and, of course, Ruby. Tom Ford has a strong interest in blue-chip names such as Warhol, Alexander Calder, Ad Reinhardt, and Ellsworth Kelly as well as Sam Taylor-Johnson. Jacobs has a taste for the surreal: Damien Hirst, Richard Prince, Ed Ruscha. It was perhaps only a matter of time before personal passions made an appearance in public work - and none more so than Prada’s Fondazione.

’That’s the big change,’ agrees Professor Frances Corner OBE, head of the London College of Fashion. ‘Fashion houses have moved into the gallery and museum space. Kering CEO [and owner of Christie’s] François-Henri Pinault has an amazing gallery in Venice, Palazzo Grassi; Prada has the Fondazione Prada and you’ve also got the Louis Vuitton Foundation and Museum, which celebrates both contemporary and traditional [art].’

In terms of collaboration, the high street is now taking up the baton. In 2014, fashion giant H&M commissioned American artist Jeff Koons to place one of his famous balloon dogs on a demure leather handbag; the sell-out piece was created to coincide with his retrospective at the Whitney Museum of Art - which H&M sponsored. In May 2013, UNIQLO became a multi-year corporate sponsor of MoMA, supporting the Museum’s Friday night free admission programme and developing a line of clothing accessories that featured the art of Warhol, Basquiat and Kusama.

Where a delicately nuanced exhibition of 14th century Chinese porcelain may fail to gather the crowds, whack on the work of a famous fashion designer and attendance figures rocket. 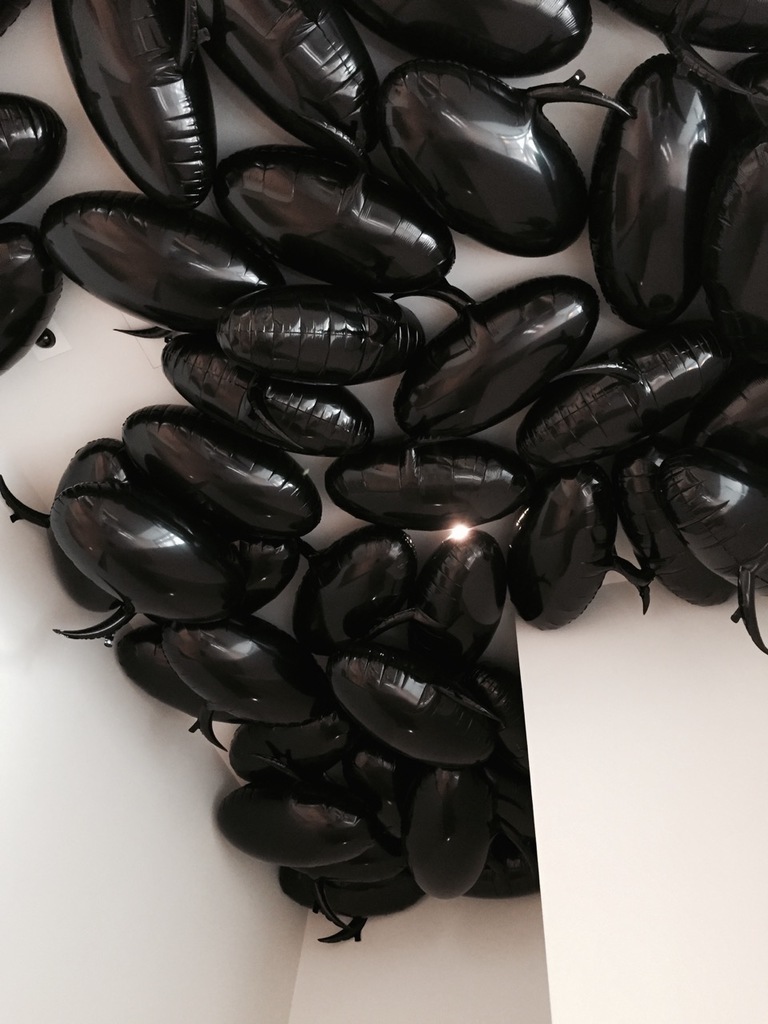 Whatever its motive, the cross-pollination between fashion and art is deeper and richer than ever before. Major art gatherings such as Art Basel Miami Beach are now a maelstrom of influential faces from across the worlds of art and fashion, cinema and theatre, wining and dining each other in the city’s chi chi Design district. At the Serpentine Gallery’s annual summer party in London, you’re as likely to see Kate Moss, Naomi Campbell and Tommy Hilfiger as you are to see actual artists. London’s Frieze Art Fair (co-sponsor Gucci) was referred to by Vogue as the world’s ‘fifth fashion week.’

Simultaneously, the art world has discovered the phenomenal pull of the fashion event. Where a delicately nuanced exhibition of 14th century Chinese porcelain may fail to gather the crowds, whack on the work of a famous fashion designer and attendance figures soar. With audience numbers of almost half a million, Alexander McQueen: Savage Beauty became the most popular show in the V&A’s history. This year, the museum is hosting Undressed: A Brief History of Underwear and Balenciaga: Shaping Fashion.

Fashion photography is increasingly gaining credence in the art world; gallery owners are more than happy to see their photographers working in fashion. Marilyn Minter, for example, shot a Tom Ford ad campaign in 2007. In 2012, Sherman created a series of self-portraits, placing enigmatic female figures in vintage Chanel against bleak Icelandic landscapes. The costumes only enhanced the tragic oddness of her characters.

‘The conversation between fine art and luxury is not new, but there is one thing that is blurring the lines more: it is the fact that art and fashion now occupy the same physical space in society,’ Pinault told the 14th NYT Luxury Conference, in 2014. ‘Both art and fashion are now in the streets, drawing influence from and influencing contemporary lifestyles. But today, art has moved out of museums, where it used to be confined, and fashion has moved in.’

Social media helps explain the shift from product to patronage; with Instagram filters and an iPhone, today everyone is an artist - and a consumer of fashion. ’The increasing visualisation amongst consumers make them interested,’ muses Corner. ‘And the fact that [through social media] they can see behind the fashion show, they see people wearing [the fashion], means they become interested in the relationship between fashion to music, art and celebrity - which then makes people come along to see the exhibitions.’

And yet, for all the symbiosis between fashion and art, the two remain worlds apart. ‘In the end, fashion is a business,’ says Corner. ‘It does have strong artisan and art form aspects and, if you look at designers like McQueen and John Galliano, they were extraordinary. But in the end, the dream and the artefacts they create are about selling clothes. Fashion cannot be detached from the economic reality.

‘Artists can explore issues of the wider cultural implications of clothing, issues of identity, the performance nature of clothing and dressing,’ she continues. ‘It has an act of being artistic and artists are interested in it - but that’s not the same as fashion being art.’ 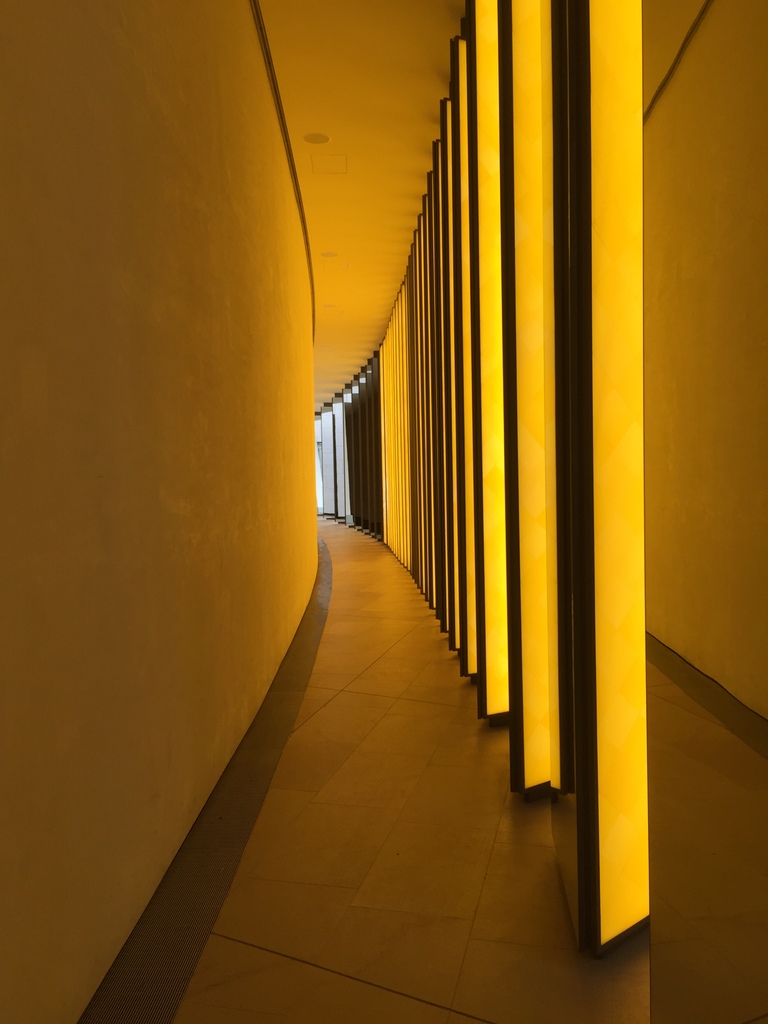