As far as satire in art goes, the rich have always been a fairly easy target for would-be provocateurs. Some generic concept of ‘the one percent' makes for rich pickings, so to speak, and as the gap in society between the haves and the have-nots grows ever wider, this autumn sees plenty of cinematic satire headed for the big screens, from Ruben Östlund’s Palme d’Or-winning Triangle of Sadness to the highly-anticipated second season of Mike White’s The White Lotus.

"is ‘eat the rich’ now a hollow call to arms"

Filmmaker Mike Mylod – who has previously worked on class-skewering media including Shameless and Succession – also takes aim at the elite with The Menu, proving that there’s no shortage of work attempting to take the wealthy to task for their overconsumption and ambivalence. But can these works actually have a material impact or is ‘eat the rich’ now a hollow call to arms, with the audiences populated by the very people these films attempt to ridicule?

Ruben Östlund is no stranger to provocation, and his previous satire – The Square, set in the ripe-for-ridicule world of fine art – also won the top prize at Cannes, praised for its impish send-up of petty gallerists and out-of-touch artists. Triangle of Sadness, set aboard a luxury yacht which shipwrecks on an apparently deserted island, aims to similarly address the difference between the haves and the have-nots. Unfolding as a sort of upstairs-downstairs story between the ship’s out-of-touch passengers and the staff who tend to their every whim, the everyman is represented by young couple Carl (Harris Dickinson) and Yaya (Charlbi Dean) who find themselves on the trip due to Yaya’s career as an influencer. It’s obvious they don’t quite fit in with the other passengers (including a manure magnate, an elderly arms dealer, and a nerdy entrepreneur celebrating the recent sale of his company) but they’re happy to make a go of it all the same. On the staff side, there’s the self-avowed Marxist captain Thomas (Woody Harrelson) who talks the talk but seems reluctant to walk the walk, and Abigail (Dolly DeLeon) a Filipina cleaner who proves the only member of the group with any sort of survival skills when the holiday goes awry.

Östlund aims for a ‘how the tables have turned’ black comedy, one that sees the rich get their comeuppance as they try to survive in a rudimentary society where wealth means nothing. Abigail becomes de-facto leader, and a lot of the third act’s laughs come from how quickly Carl abandons Yaya once he realises Abigail could be his (literal) meal ticket, and while Östlund’s film is undoubtedly a lot of fun, his decision to portray the rich as silly rather than cunning undermines centuries of oppression enabled by the upper classes, who pose as clueless everymen in order to maintain the status quo.

It’s difficult to discern what Östlund’s true message is regarding class warfare – particularly considering the film’s ambiguous ending, which seems to suggest once anyone gets a taste of power, they will do anything to keep it. The poor and the rich ultimately being as monstrous as each other is a conclusion we’ve seen on screen before, notably in Bong Joon-ho’s megahit Parasite, which was beloved by the proles and the megarich alike, also taking home the Palme d’or and later celebrated at the heart of Hollywood when it picked up the Academy Award for Best Picture.

"our appetites for destruction are larger" 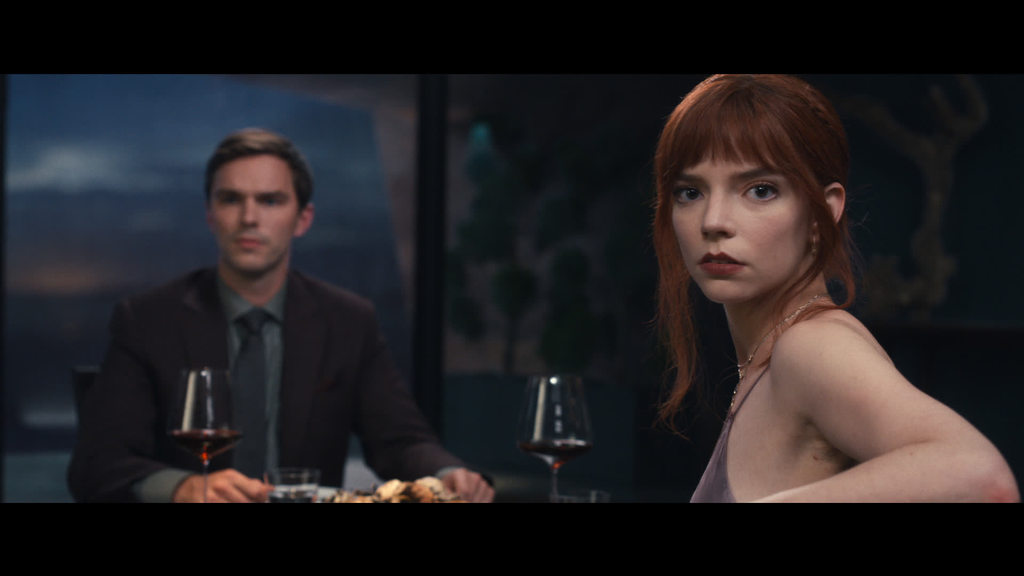 Nicholas Hoult and Ana Taylor Joy in The Menu

The irony of the rich enjoying and celebrating the very films that are supposed to call out their behaviour is nothing new, and there’s always some irony in the fact that these flicks about class politics tend to debut at ritzy film festivals, where the majority of the audience who watch them first will be industry insiders and celebrities (then there’s the press in the cheap seats – Cannes is only open to members of the industry, though has recently introduced a scheme for students to become accredited for the festival for three days).

Meanwhile, in The Menu, a group of odious elites head to the remote Hawthorne Institute – based on exclusive Copenhagen eatery Noma – for a dining experience like no other. Among their number is Margot (Anya Taylor Joy) who is distinctly out of place and has no interest in fine dining; her unexpected presence is a complication in Chef Slowik’s (Ralph Fiennes) meticulously planned evening. Much like Triangle of Sadness, The Menu attempts to position its wealthy characters as a bunch of self-serving ne'er-do-wells about to get their comeuppance, but as events take a progressively more ghoulish turn, one can’t help but feel the film has little to actually say about class relations beyond ‘well, actually, we’re all as bad as each other.’ 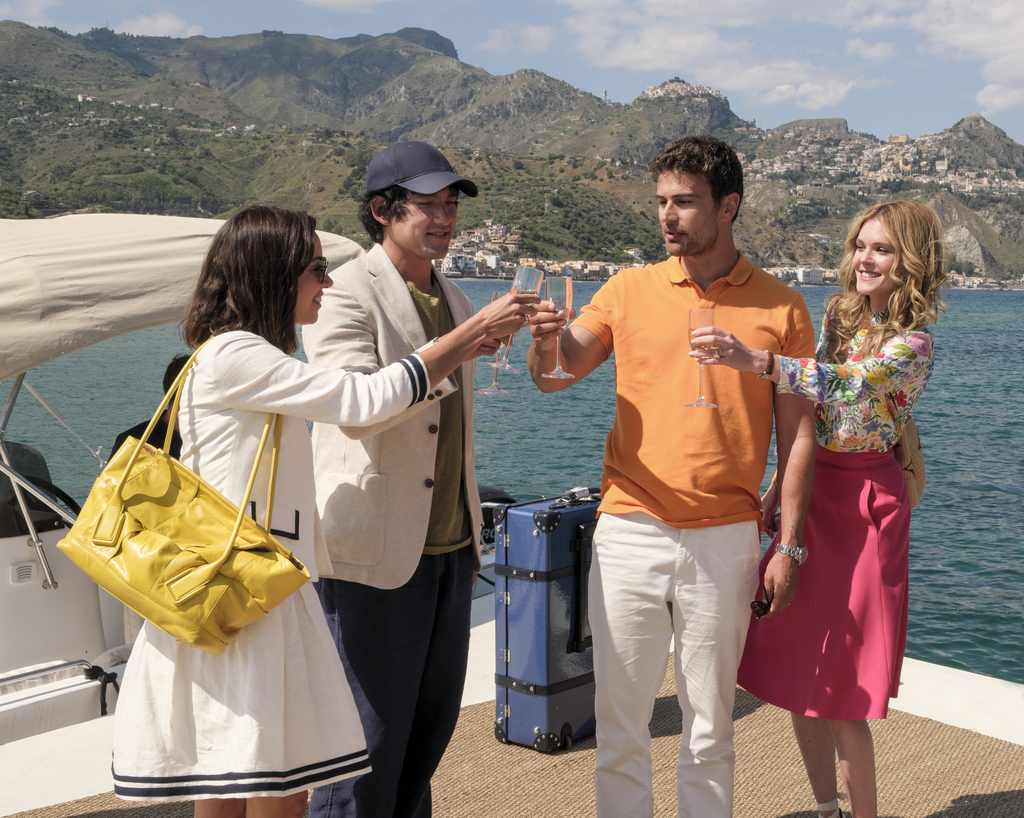 Similarly blending class tensions with some supposedly harmless fun-in-the-sun, The White Lotus became an instant hit when its first season premiered on HBO last summer. Set at a fictional luxury resort (first in Hawaii, now in Sicily) the series follows the dysfunctional lives of the guests and staff, integrating a healthy dose of sex, drugs, and murder. As another group of wealthy tourists with dark secrets check in for an idyllic getaway, two locals are presented with the opportunity to earn some money. Sex workers Lucia and Mia work their way through a succession of the guests, presented as scheming, mercinary young women, which feels a little regressive in terms of portraying sex work as a legitimate form of work.

This season of The White Lotus is far less interested in monetary wealth (the most ‘normal’ of the guests, personal assistant Portia, seems fairly unbothered by it all, and there’s less focus on the staff at the resort in this season) and instead chooses to focus on sex as currency. The politics of desire – who we want, why we want them, and what we’re willing to do to have them – are at the forefront of The White Lotus’ second season, and it’s this shift in focus which makes it an engrossing watch, particularly at a time when sex seems far less frequent on our screens. 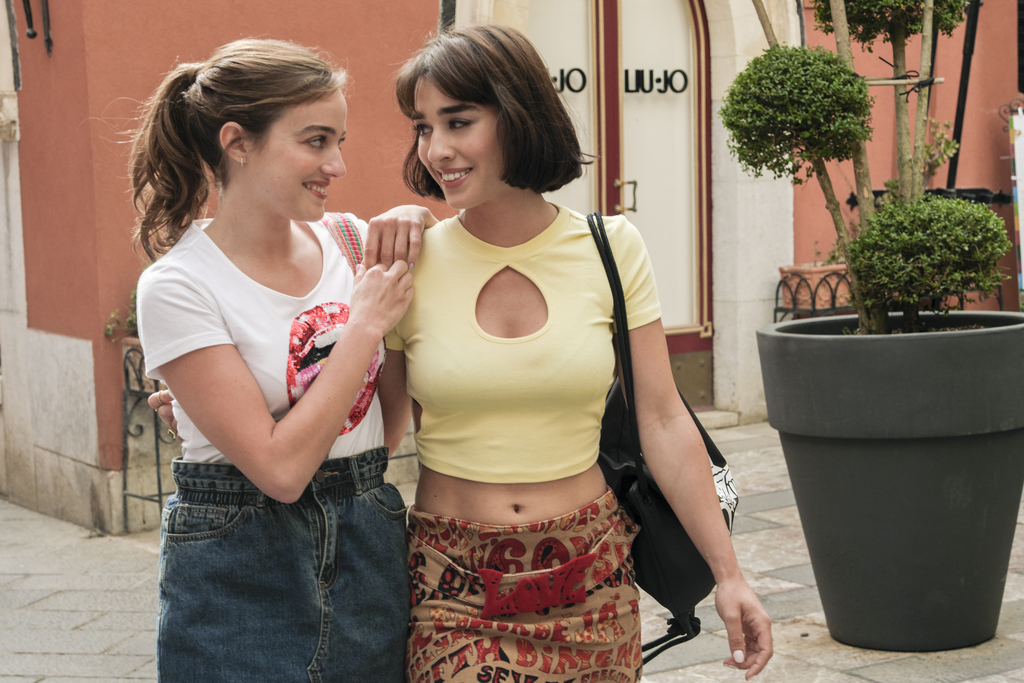 So while The White Lotus offers a sultry respite from the almost comical refrain of ‘Eat the Rich’ which has become a staple in contemporary cinema, it’s hard to see what the latest crop of social satires are truly bringing to the table. Perhaps our appetites for destruction are larger, in the face of climate catastrophe and a cost of living crisis. It no longer seems enough to merely poke fun at the elite – we need art that dares to burn the whole system down.