We’ve ‘done’ Black Mirror, I know. But: it’s its own animal. And: it’s changed. As ever, the show’s fifth season sees each episode function independently – mini-films, one-off thought experiments unfolding within the ecosystem of a nearly parallel universe. As ever, the new series represents a nuanced evolution of what preceded it. Season 5 is both hounded and elevated by what has come before, and has drawn even more polarised criticism than its most recent predecessor, Bandersnatch. Replete with VR, AI and other techy initialisms, this series ostensibly ticks all the boxes we’ve praised the show for ticking thus far. What has fallen away, such that commentary is no longer praise-in-unison – rather, split between glowing accolades and damning dismissals? How to account for the shift in its reception? A move, perhaps, in its fundamental premise.

In its latest incarnations, Black Mirror is most interested in the most unpredictable of all factors: people. 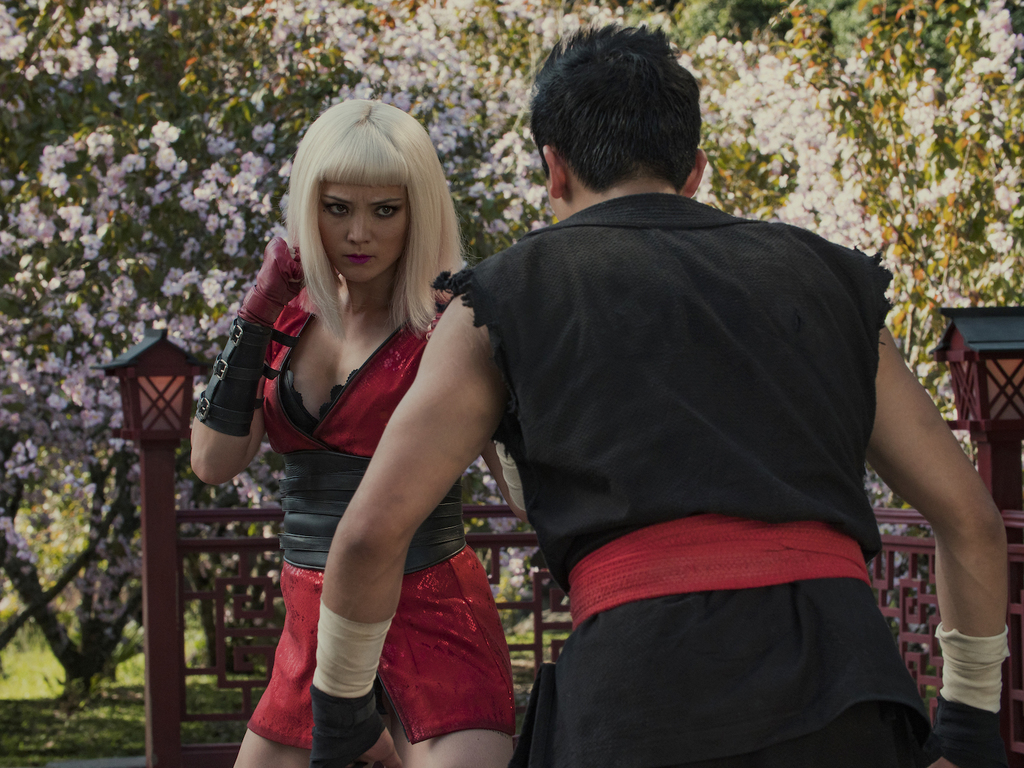 Black Mirror debuted at the beginning of the decade, lauded as a herald of uncanny visions: a future, five minutes from now. Writer Charlie Brooker seemed to have a preternatural knack for predicting fallouts from dilemmas just around the corner – so close, we could taste them. His more recent forays into dystopia have been criticised on the one hand for failing to invoke this jarring recognisability, and excused on the other by arguments that their ‘real world’ counterparts are too bananas to riff on – i.e., what happens to close-to-the-bone sci fi when bones get too close? When reality is stranger than fiction? Well, I’ve got a thought – and so did Jacques Derrida. Bear with us.

Derrida had an idea about the future. He subdivided it into two genres, as per a convenient distinction flagged by the French fondness for complicated tenses – le futur and l’avenir. ‘[Le futur] is that which – tomorrow, later, next century – will be. There is a future which is predictable, programmed, scheduled, foreseeable.’ Fair enough. ‘But there is a future, l’avenir (to come) which refers to someone who comes whose arrival is totally unexpected. For me, that is the real future. That which is totally unpredictable. The Other who comes without my being able to anticipate their arrival.’ Picking up the baton, I’d say that Black Mirror’s first few series were operating on Derrida’s first definition: on a future we could see ahead of us, unfolding as predictably as anything which hasn’t happened yet can do. Reference points – rating systems (Uber, Instagram) in ‘Nose Dive’, downloadable versions of deceased loved ones (the Cloud, the Turing Test) in ‘Be Right Back’, lenses which record our every move (Google Glasses) in ‘The Entire History of You’ – leant touchstones to the anxieties dramatized in each episode. We knew what Brooker was talking about, in a very concrete sense – these early parts of Black Mirror’s canon functioned almost like dramatisations of panicky think-pieces by tech journalists and ethics professors confronted with one supposed pinnacle after another of human ingenuity. What I mean is, we were already worried by what we could see on the horizon – and Brooker’s writing, for several years, leant that apprehension a very direct voice. In its latest incarnations, Black Mirror has shed its preoccupation with relatability like an old coat. In its latest incarnations, it is most interested in the most unpredictable of all factors: people. 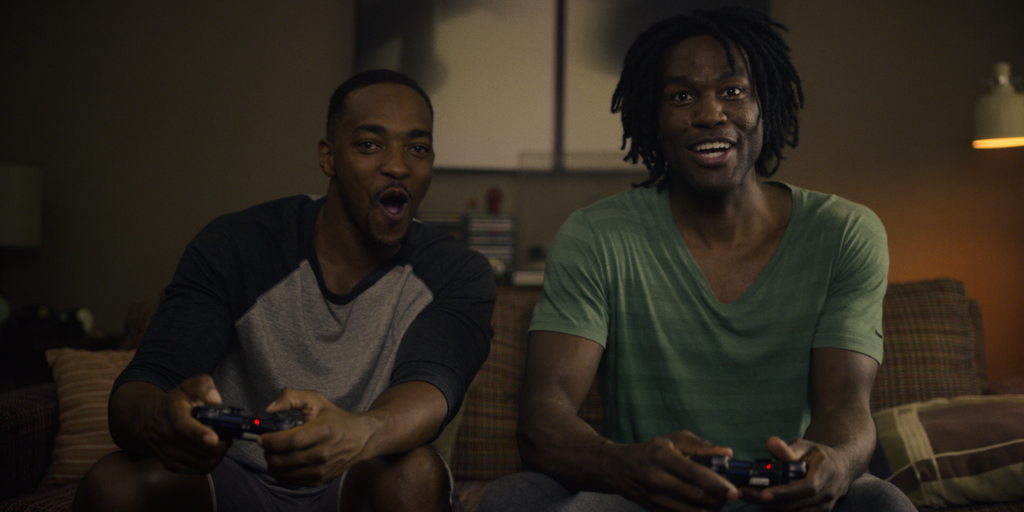 Shaking off the strictures of 1+1=, Black Mirror is finally free to delight in its infinite, horrifying possibilities; at last, at liberty to delve into the troubling – and infamously unaccountable – human element of its equation. Season five begins with perhaps its strongest piece: Striking Vipers is less about video games than it is concerned with sex; fidelity; pleasure, as negotiated at the expense of another person’s pain. Via one of Black Mirror’s favourite vehicles, a virtual reality which exerts a stronger pull on its visitors than their daily existence, old friends Karl and Danny reconnect via a gaming platform. Their relationship migrates along with them, moving from amiable out-of-touchness to an intense sexual connection via their avatars. Questions about rich online lives in stark contrast to the daily grind, about role play and the freedom offered by internet alter egos, underscore the arguably more interesting central theme – a tale as old as time, Striking Vipers is first and foremost the story of an affair. Those are complicated, aren’t they? What one wants, in opposition to and because of what one has? A selfish little animal, sitting at the core of even the most meteredly adult adult? Unpredictable, (in)evitable: l’avenir.

Then, we’re pushed to Smithereens. Season 5’s second instalment, arguably the most Black Mirror of these new Black Mirrors, sees Andrew Scott (Gorgeous Priest from Fleabag) portraying a breakdown with exquisite poignance. He plays Chris, a taxi-driver-on-a-mission who kidnaps an intern from fictional tech giant Smithereen (read: Twitter, or maybe Facebook) to leverage as ransom in his quest to talk to its CEO. The hour-long episode only breaks into climax in its final minutes, and whys and wherefores fall besides the point. While we learn that Chris crashed his car in an accident that killed his fiancée and another driver after being distracted by a notification from his Smithereen app a few years hence, this is left unsaid until it cannot be withheld. Really, the story unspools around the chaos of his addled thinking and correspondingly erratic behaviour: Scott’s performance is breath-taking, shouldering the complexity and idiocy of human desperation to carry the episode into its excruciating conclusion (no spoilers, Jacques).

Last, and most hotly anticipated of season 5’s trio, is Rachel, Jack and Ashley Too. It’s got Miley Cyrus in it! I know! She’s actually pretty fabulous, playing shiny teen pop idol Ashley O, whose public image belies her creative frustration. Meanwhile, and as AO is sabotaged by her meddling aunt/manager, Troubled Teen™ and Ashely O super-fan Rachel bonds with the starlet’s virtual doppelganger – Ashley Too. Ashley Too talks like a series of motivational posters come alive – ‘you can do anything, if you just believe in yourself!’ – and, for all its triteness, the doll-robot offers a voice of encouragement in a world which otherwise looks unkind to awkward adolescents. And then… well, watch. You won’t see it coming. Again, RJ&AT bears all the hallmarks of a Black Mirror classic (artificial intelligence, refuge from an unkind reality in a digital one, the terrifying reliance on technology which strips human error – and charm – from art) but ultimately asserts itself as more interested in people than practicalities.

The Other arrives unannounced, in 2019: I’d advise getting used to it, if that weren’t antithetical.

Here lies the shift— a future less easy to touch, a Black Mirror peopled by people rather than ideas. Established from its inception as more interested in fables than feelings, that equation is in flux. Black Mirror’s Season 5 sees its lens pointed squarely at the human beings caught in each episode’s web, rather than the web itself. This is uncharted territory; we are, after all, the primary agents of l’avenir. The Other arrives unannounced, in 2019: I’d advise getting used to it, if that weren’t antithetical. When all is said and done, it is our own irreconcilable weirdnesses which will determine whether advances are ‘good’ or ‘bad’. Will we use them well, or deviously? What about you? For our sins, we’re the decisive element – technology is a- not im- moral. Once the equation is cracked, like an egg, Black Mirror’s formula can expand to encompass the specificities of individual experience and the universal truths therein. The organism is evolving, as it must – whether Season 5 represents its final incarnation, or the beginning of a new era, remains to be seen. We’ve enjoyed the parsing of an online revolution into something grappleable; we’ve covered what we can see coming. Now, it’s time to lean into the murky space of what we can’t. After all, futur or avenir, it will come – whatever ‘it’ is.