Haruki Murakami’s latest novel, Killing Commendatore, is the story of an artist looking for escape when his wife calls an end to their marriage. After a directionless road trip, he takes up residence in an empty house in the mountains. Once there, three events disturb his ascetic retreat: first, he discovers a mysterious painting in the attic, entitled Killing Commendatore, an interpretation of a violent scene from Don Giovanni; then one of his neighbours, a Gatsby-esque tech baron, commissions our narrator to paint his portrait, but he has ulterior motives; last, the sound of a bell ringing wakes him night after night.

It appears to be coming from the woods, somewhere underground, and it heralds the unfolding of another Haruki Murakami wonderland. We know this place, where the boundary between reality and unreality shifts and shifts again. Among other themes like grief and rebirth, this is a novel preoccupied by art and the artist, and it made me wonder: how do we characterise Murakami’s work? What kind of art is this?

For me, the aesthetics of lightness and pop are exactly where Murakami’s value lies. The game is on: rules clear, tiles aligned. 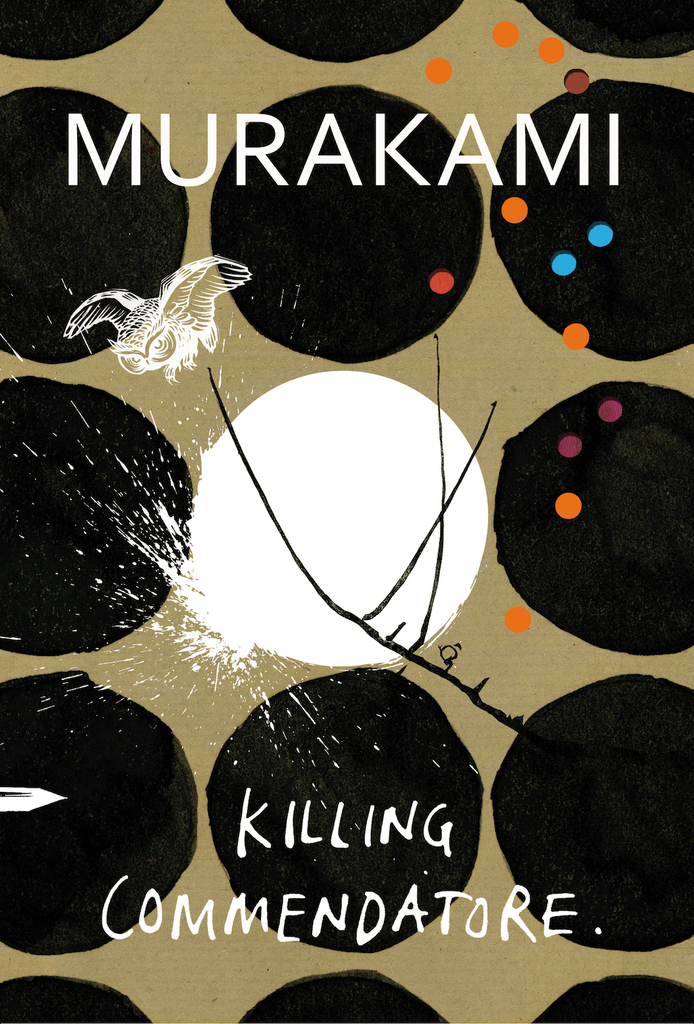 My deeper, personal interest in the Japanese author began with a poster: Haruki Murakami Bingo, by Grant Snider. I had already read two Murakami novels by the time I came across it around 2013, but seeing his familiar and often-returned to tropes laid out on Bingo tiles ignited a spark. It made me laugh. Why do the same peculiar motifs appear again and again — enough times to be enshrined in an ironic poster? Many of the motifs are as uncanny as they are whimsical — ‘faceless villain’, ‘vanishing cats’. The poster looked like a colour pallete, or a recipe: mix a pinch of ‘cats’ with one ‘old jazz record’ and ‘parallel worlds’, and Bingo! you’ve got the latest Murakami novel. It’s a formula that’s proving successful. Snider’s poster — mass-produced, purchased, hanging in a family friend’s guest bedroom five years ago — spoke to Murakami’s immense appeal then and now. This Japanese writer of weird, fantastical narratives had somehow become wildly popular.

And popular he is. Hundreds gather outside bookshops overnight for new releases. In the Netherlands, these releases are accompanied by ‘launch cruises’ of up to 2,000 people. Meanwhile, Murakami’s peculiar brand of Off-key Pulp is used to promote Japan studies more generally in universities across the world. Of course, he has his detractors. The Nobel laureate Kenzabura Oe dismissed the author as a lightweight pop talent. Critic Shigehiko Hasumi called his fiction a ‘fraud’. Stephen Snyder has argued that American investors turned Murakami into the ‘literary version of the Sony Walkman and the Honda Civic’, a commodity to be exported as part of Japan’s emergent ‘Gross National Cool’. The implication is that his work isn’t serious, isn’t committed enough, not Proper Literature worthy of attention. But for me, the aesthetics of lightness and pop are exactly where Murakami’s value lies. The game is on: rules clear, tiles aligned. 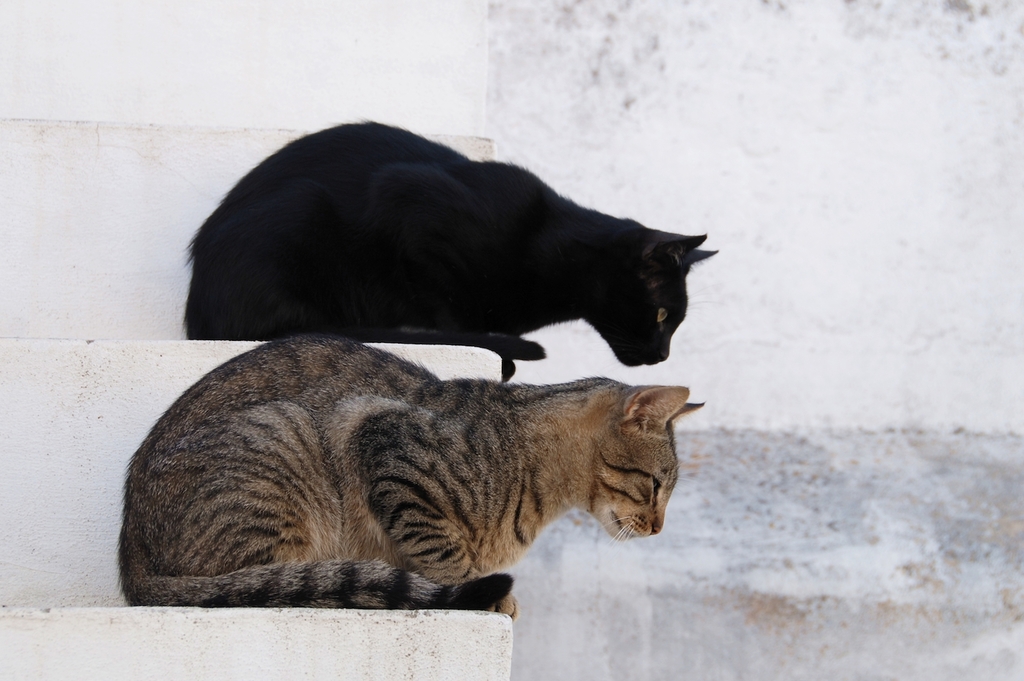 Murakami’s work is popular because it’s lightweight; light because it’s Pop. The author treads very lightly indeed, characterising himself as a ‘story watcher’. Speaking to the Guardian recently, he described his texts as a kind of meeting place for him and his readers, ‘a secret place in the subconscious.’ He continues: ‘And in that place, maybe it’s absolutely right that fish should fall from the sky. It’s the meeting place that matters, not analysing the symbolism or anything like that. I’ll leave that to the intellectuals.’ Maybe it’s absolutely right that an ancient Buddhist bell should start ringing from a deep pit in the woods. We could analyse the symbolism; talk about its relationship to Ueda Akinari’s gong in ‘Fate Over Two Generations’ from Tales of the Spring Rain (as Killing Commendatore’s characters do); wonder why Murakami protagonists constantly have the urge to climb into the darkness of deep pits in the ground; or we could let it ring. Our role is not to analyse – but neither are we simply reading for plot. The game is to let these motifs appear, reappear, and listen for resonances when they proliferate, interweave or line up just so. The figure of the ‘dried-up well’ is the trigger for a lucid dream; an (un)reality check confirms the dreamscape. Close your eyes.

Murakami’s process — which involves a deep trust in intuition — is something the narrator of Killing Commendatore shares when he feels he’s working best: ‘Not thinking was the priority. I tried to turn off my mind, decisively adding this colour to the composition.’ His tech baron friend is pleased with the portrait when it’s finished, telling the narrator: ‘you unearthed it.’ Good work, it would seem, retains the freshness of its occasion in paint. The image has been brought up for air – and as readers, we’re unearthing our own masterpiece by meeting it in the mind’s eye.

‘If I had appeared as Mickey Mouse or Pocahontas, the Walt Disney Company would be only too happy to slap me with a huge lawsuit.’ 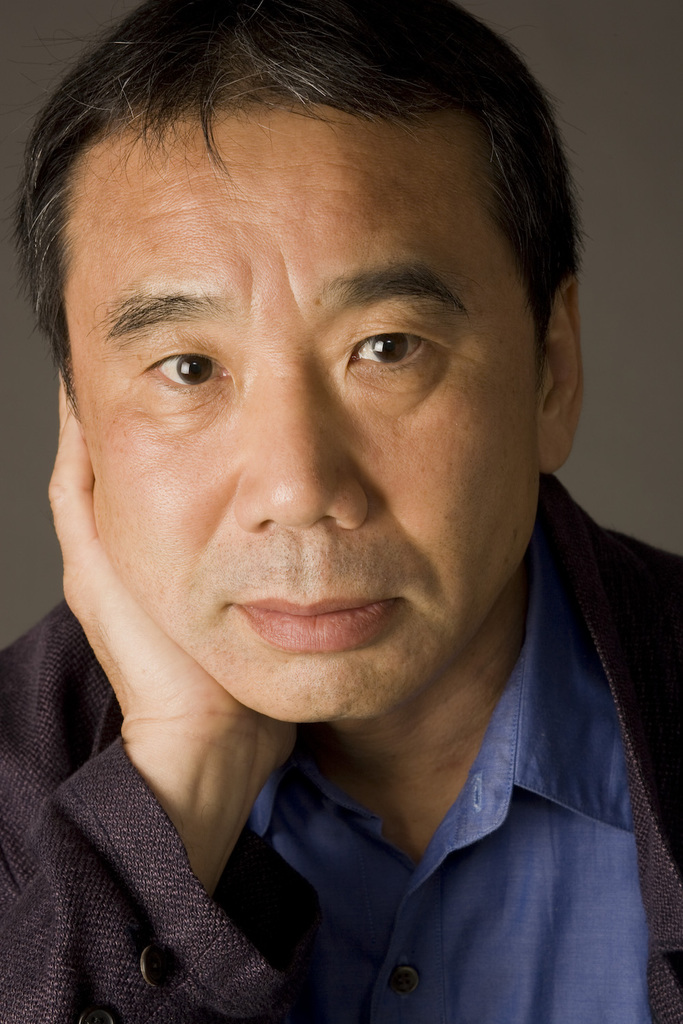 We meet much more besides. In Pop Art Redefined, John Russell describes how the aesthetics of Pop concern ‘the erosion of a previously established hierarchy of subject matter (Mondrian and Mickey Mouse are now equally relevant)’ and talks about ‘a greater mobility and flexibility toward art in general’. Now, Murakami is not a Pop Artist, per se, but he might have been reading Russell. Consider the sheer number of pop culture references that make it into his texts; in Kafka on the Shore, Johnnie Walker – that’s right, the striding man logo from the Scotch – is stealing the souls of cats (tick: cats!). Or we might cite an example from this latest work, wherein an Idea appears embodied in the form of the Commendatore from Don Giovanni, joking ‘If I had appeared as Mickey Mouse or Pocahontas, the Walt Disney Company would be only too happy to slap me with a huge lawsuit.’ Old hierarchies and a new visual currency crafted by people like Disney slip into a hybrid language of symbolism. And in this gesture, the hierarchical separation between fine art and popular culture is eroded.

The silly and sustaining paradox is that the further Murakami takes us away from ‘real life’ – into parallel worlds populated by cat-skinning icons, or tiny Knight Commanders stepping out of paintings – the more we realise that ‘art’ and ‘life’ are cut from the same cloth: how could they not be? The world is a strange place, and each births the other in a virtuous circle. Of course, there is no ‘art’ and ‘non-art’: only experience, occurring on many levels at once. In Killing Commendatore, layers of reality and unreality are allowed to hang together like stratus clouds. Or, as the narrator’s ten-year-old sister Komichi says: ‘Alice really does exist in the world. The March Hare, the Walrus, the Cheshire Cat — they all really exist.’ They might as well, it seems, in a book within a book within your imagination. Bingo!