Following the first episode of David Attenborough’s hotly anticipated Dynasties, a new celebrity graced the Twittersphere. Very deservedly, Sir Attenborough was hailed as a ‘legend’ by tweeters, but another David also made the headlines: David the West African chimpanzee.

The conventional hierarchy of man over nature is toppled, if only for one hour a week. 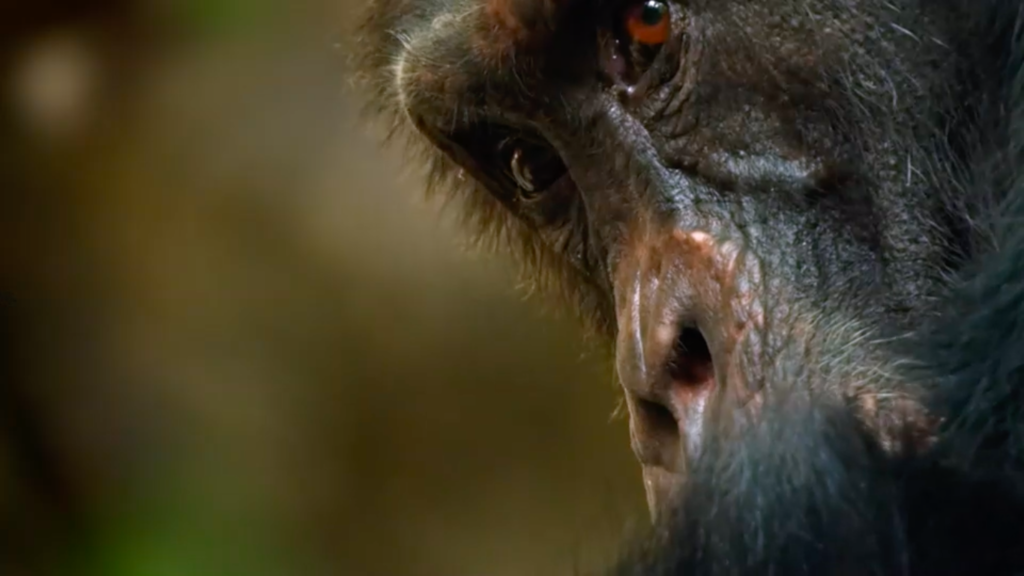 For the unlucky few that missed episode one, David is its protagonist; grizzled, silvery face etched with a million lines, a dramatic sense of awareness contained in his deep-set eyes. His countenance is both fearsome and impressive: this is a real-life King Kong. But in contrast to Attenborough’s previous series which showcase the natural world in all its glory, Dynasties takes viewers on an emotionally turbulent journey - zooming in on the life of one critically endangered species in each episode. The harsh reality of existence for these creatures is documented in its entirety – red, in tooth and claw.

Following episode one ‘Chimpanzee’, the double whammy of Davids appearing on Twitter was the first time an animal, documented in its natural habitat, had been held up as ‘hero’ by the British public. Unbeknownst to chimpanzee David, the King of the Apes became a star overnight. Viewers were reported to have cried at the chimp’s fate – and this is the Attenborough effect. His docu-series – Dynasties, Blue Planet, Planet Earth, Africa – cultivate a deep-seated investment in the animal world, its territories and their casts of characters. The conventional hierarchy of man over nature is toppled, if only for one hour a week. The playing field is reconstructed, at the mercy of emotions that these (bizarrely human) creatures on screen manage to squeeze out of us. 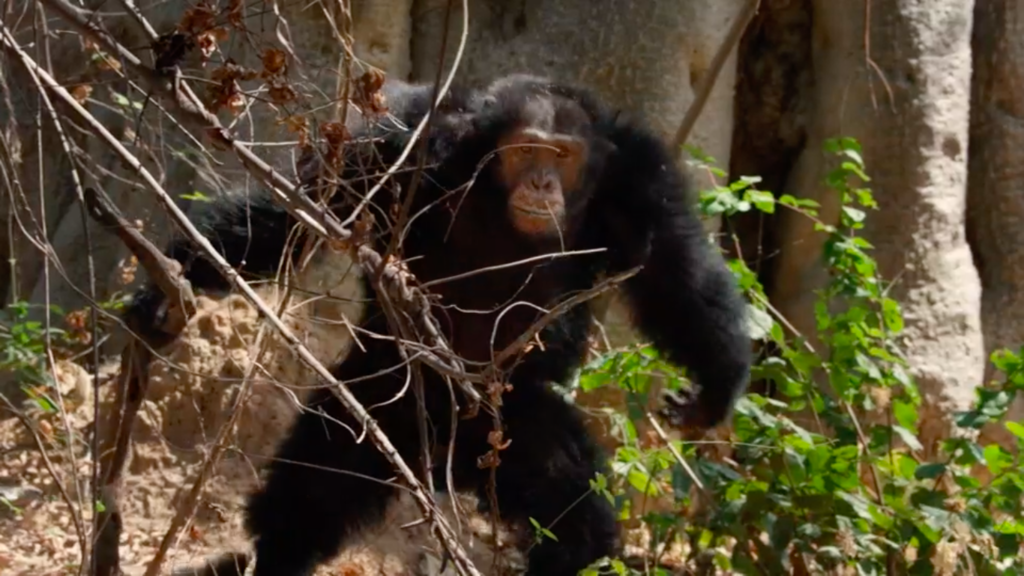 It was a smart move from the BBC, opening with the chimpanzee. Our closest ancestor within the animal kingdom, chimps twiddle their dexterous thumbs, hike across the jungle with babies slung across their backs and fashion makeshifts umbrellas out of overhanging leaves when it rains. Their humanness is uncanny, the 96% overlap in our DNA impossible to ignore. A baby chimp nuzzling into its mother is captured with such slow confidence on behalf of the camera operators that I can see how its eyes are just like a human child’s. When the chimps walk on their hind legs to intimidate their peers, long arms swinging by their sides, I am for a moment reminded of the gangster’s oddly slung street gait. Dynasties is as exciting as Game of Thrones, its politics much the same in the Amazon as in Westeros, or Whitehall.

Mother Nature is brutal; she takes no prisoners, and Chimp David’s autocratic rule operates to ensure the maximum reproduction of his genetics. As Attenborough narrates, “his rule gets him the best – of everything.” ‘Everything’ includes access to any female chimp in season. It’s all very medieval, here. Females – for birthing, babies and tending wounds. Males – for fighting, intimidating and mating. The politics of a troop of west African chimpanzees keeps us on tenterhooks: after all, this is “a story of power, politics, and the fight for survival.” Chimpanzees viciously attack one another in the bid for troop leadership (Corbyn vs May), shrewd alliances see beta males swap sides quicker than Michael Gove – and, when it comes to long-term planning, the chimpanzees’ sprint to checkmate seems infinitely better thought out than Dominic Raab’s recent resignation. 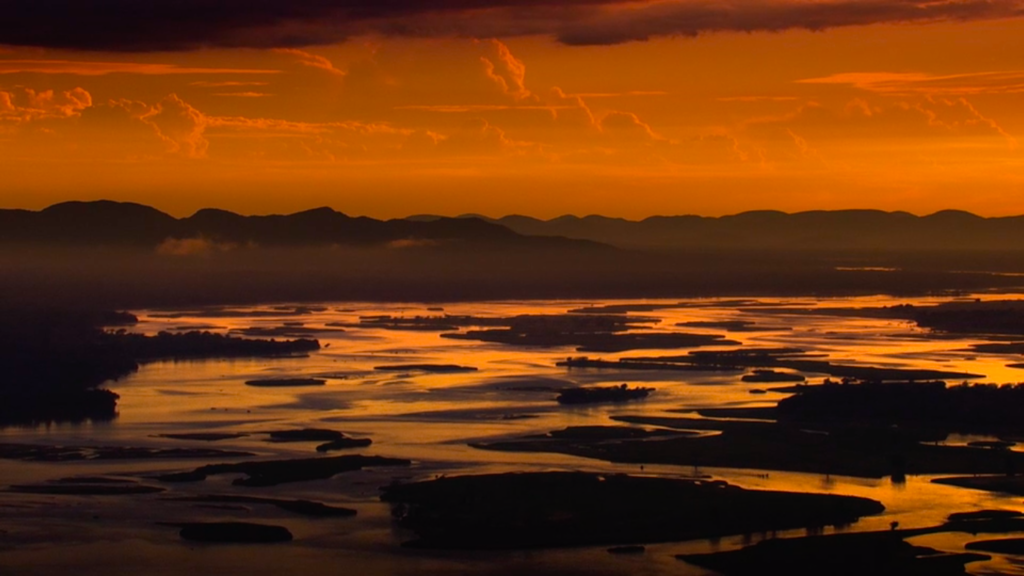 For all its cruelty, the staggering magnificence of the natural world is handed to us on a platter by Attenborough – a breathtaking backdrop against which the high drama unfolds.

The emotion evoked by Attenborough’s oeuvre goes beyond the interest of animals-looking-like-humans, resonating most when humans look like animals – stripped of manners and layers of clothes, many urges are almost indistinguishable. Maternal instincts fire up, for instance, during an excruciating moment in the Africa series. A female elephant in the merciless Kalahari desert is faced with an impossible choice: to stay with her ailing calf, die together, or save herself and finish her long journey to the watering hole alone? The tears on my face were as real as those shed by the mourning elephant mother – yes, elephants cry. Watching flawlessly synchronized mating rituals of Emperor penguins tugged at the heartstrings – couples perform an achingly romantic dance that puts our Strictly efforts to shame. There is fear, too, and mortal pain: David The Hero Chimp is abandoned by his troop and left to die in disgraced exile. It’s impossible not to be entranced by our shared behavioural traits – after all, the protagonists of Dynasties, Africa and Planet Earth are our ancestors. Their behaviour provides clues to our own, and these parallels might just be the key to something more important. As Attenborough says, “people won’t care to save something they don’t know anything about” – but it’s through efforts like his, to acquaint us with what we stand to lose, that the most effective conservation work is undertaken.

For all its cruelty, the staggering magnificence of the natural world is handed to us on a platter by Attenborough – a breathtaking backdrop against which the high drama unfolds. The iconic aerial shots that open his programmes fling us into wild landscapes which few humans will ever see with their own eyes. Cameras, rolling as a bird flies, take in the faded brown and green patchwork of Senegal’s Fongoli savannahs; the dense jungle of the Congo; the sparkling white tundra of the world’s final stretch of wilderness, encased in its thick mantle of Antarctic ice. The beauty of our most southerly continent tinged gold by the setting sun, which will not rise for another two months, is unparalleled – but I only know this because of (human) David. 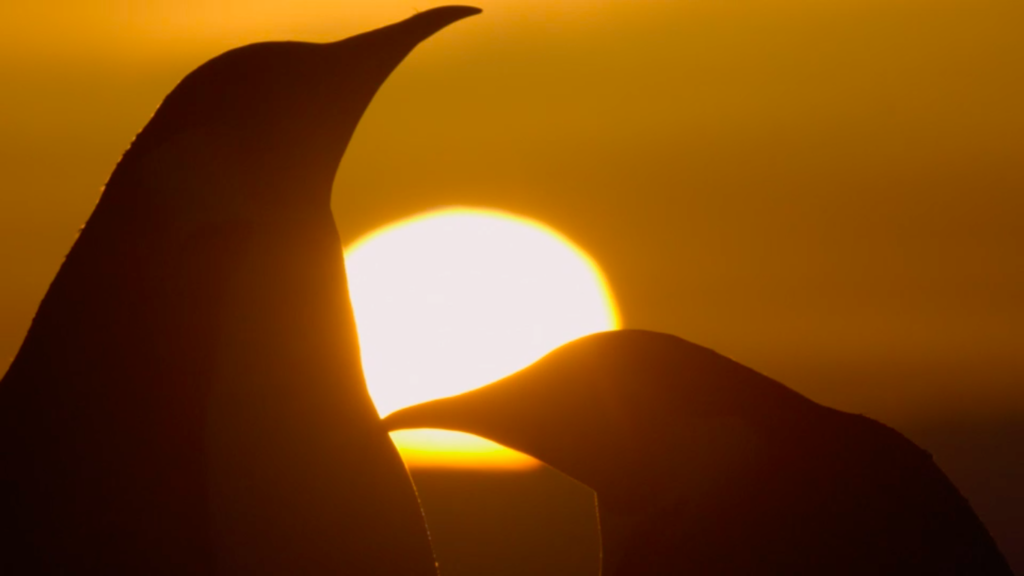 For many species, extinction is approaching as swiftly as storm clouds on a time-lapse camera. Attenborough’s documentaries awaken us to this reality, deftly pairing nature’s sublimity with an emphasis upon the very real imperative to preserve it. The choice is ours, and Attenborough has long been the gentle, grandfatherly face of the task at hand. After all, what did people talk about more – the Paris Climate Summit, or Blue Planet II? 14 million people tuned in last year to learn about life in the oceans, and the final episode focused on humanity’s plastic waste clogging them up. The nation sat and listened when Attenborough, standing on a pristine white beach as bottle nose dolphins glided through the waves, explained: “surely we have a responsibility to care for our blue planet. The future of humanity and indeed all life on earth, depends on us.” Looking at a chimp might more like peering into the mirror than staring at the sea, or a jungle – but each needs us as much as the other. It’s thanks to work like Attenborough’s that our attention span for their plight is beginning to exceed the 9 o’clock slot on a Sunday night.