The following is an extract from Portrait of an Artist: Conversations with Trailblazing Creative Women by artist Hugo Huerta Marin.

FKA twigs is an English singer, songwriter, dancer, and producer. With a monastic devotion to her work, including three EPs, a Mercury Prize, a Brit Award-nominated debut album, and her latest release MAGDALENE, FKA twigs has established herself as one of the most innovative artists of her generation. She is a pre-eminent innovator and a fearless proponent of the avant-garde whose discography defies the staid categorisation of genre.

When we first talked, this past summer, twigs and I discussed music, dance, race, and the responsibility that comes with being part of a minority in the spotlight … a commonplace for her. What makes twigs’ work unique is a subversive twist, an uncanny ambiguity that traps us in a very complex system of references. She has chosen to use her own body in order to expose the trace, stain, or imprint on the artist’s body in response to political, economical, and social phenomena. Twigs keeps raising questions through creation, while living her art literally and courageously in her own skin. 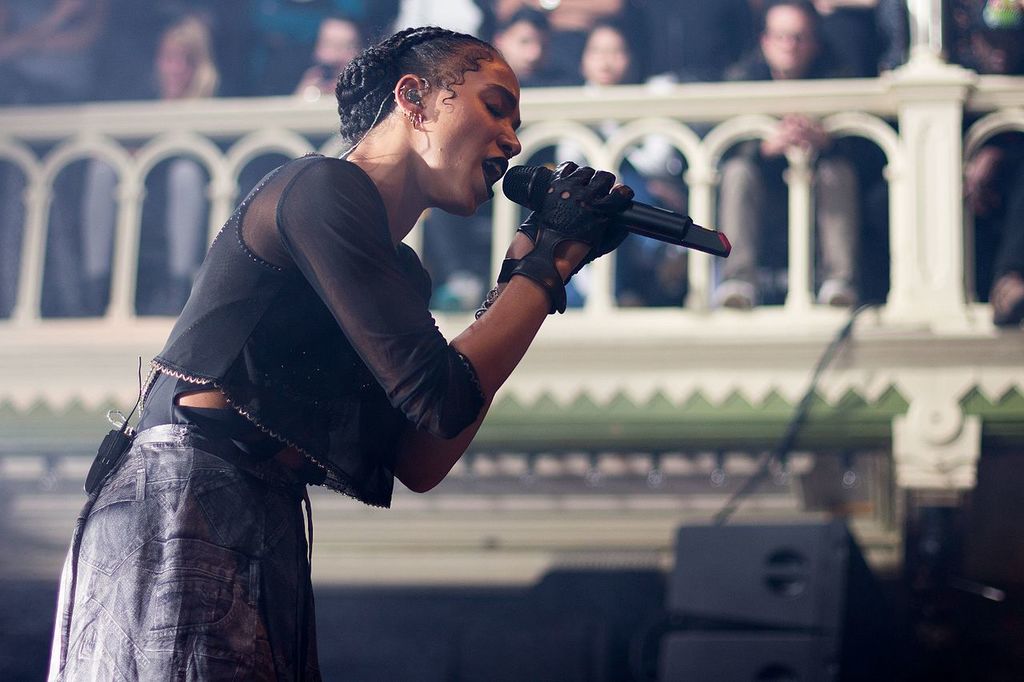 Let’s start out by talking a little bit about music.

In the collapsing of biblical stories there are three Marys that are merged into a single figure: Mary of Bethany, Mary the Magdalene, and Mary the prostitute, and perhaps no figure in history is as controversial as Mary Magdalene.

Why did you choose Magdalene as an inspiration for your album?

It kind of happened by accident, if I’m honest with you. When I first started writing, I was actually quite fascinated by Lilith — she was Adam’s first wife — and I started using a lot of different swords while practicing wushu, and I called my sword Lilith. So, I started to get into her story and the different myths around her. Lilith was a very strong, defined, and proud woman, and I thought that I was foreseeing a connection between us, but at that time I was feeling much more fragile and vulnerable than how Lilith presents. Then one day I had a really inspiring conversation with a friend of mine called Christi [Meshell], who makes amazing perfumes and works with oils and herbs. We spoke about Mary Magdalene and I genuinely found a connection with her in a very natural way — you know, the fact that she is represented as always living under the shadow of Jesus. I think there were points in my life where I was living under the shadow of men, whether lovers, friends, or mentors, so that’s something that I clearly relate to. But Mary Magdalene was very much Jesus’ equal. I believe she was a big part of his story and she founded a lot of his journeys and missions. And in many ways, she was what we now call a doctor, in the way she blended her skills to practice the art of healing. She knew a lot about herbs, about oils — she blended all of her knowledge together — and I was just really inspired by her. I was thinking a lot about men and the idea of the Mary complex — which is basically when men see a woman as either a whore, a prostitute, the scarlet woman, the temptress, or a virgin, the innocent, maternal, caring woman who obeys men. I became quite fascinated with that concept as well. My mother’s middle name is also Mary, so there just happened to be all these Marys around me. And then, I wrote a song called “Mary Magdalene” … and for me it’s some of the most powerful writing on the album.

"There are many women
throughout history who
have embodied female
empowerment [...] we don’t
know a lot about them
or how much they truly
impacted our society"

There is certainly a constant element of contradiction and paradox around Mary Magdalene’s myth. Even her hair is a symbol of charity and redemption, but it also hints at her profession’s presumed immodesty. Do you think these characters highlight female empowerment?

Of course. I mean, Mary Magdalene’s hair has a big part in the story. Mary took spikenard — a very expensive oil — and poured it on Jesus’ feet. She wiped the excess oil off with her hair, using it like a mop, and I have always thought that this is such a powerful image. Of course, there are many women throughout history who have embodied female empowerment; it’s just unfortunate that we don’t know that much about them, because it’s been easy for the patriarchy to suppress those stories. Years later we’re left filling in the gaps; we don’t know a lot about them or how much they truly impacted our society. 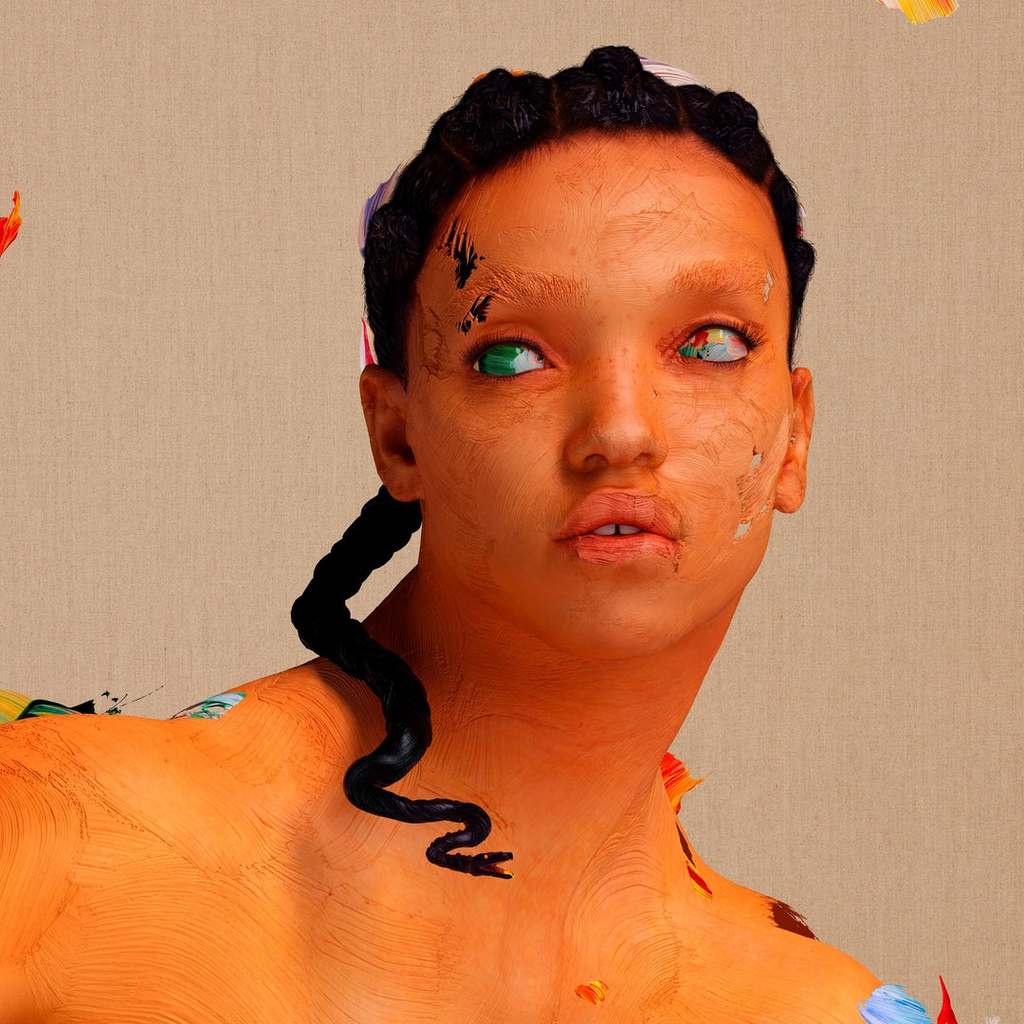 What is the starting point for a concept of an album before you move toward its realisation?

Well, I’ve always believed it’s important for things to come from the inside out, and not from the outside in. It is as I said at the beginning of the conversation: Just because I liked Lilith didn’t mean that I would write songs about her or that she would inspire my work. On the other hand, Mary Magdalene was a concept that came in a natural and organic way. I wasn’t looking for anything; she just started appearing in my life in different ways. I guess when I’m writing I don’t necessarily think about the end goal. It just starts to appear.

For instance, do you name a song after it is completed, or does the title develop during the process?

It just develops. I’m always quite hesitant when talking about process, because it just sort of happens. I don’t really have a specific way of working — there is no secret, no mystical, magical way I do my work. I can’t explain it, but it’s simple and honest.

"I’ve always believed it’s important for things to come from the inside out, and not from the outside in"

Exactly, it shapes itself, and that is why it’s hard for me to talk about, because I’m afraid I might sound pretentious, and often when people ask me about process it is almost like… you can see the disappointment in their eyes. But it’s very basic: I just enjoy making songs. I enjoy dancing. I enjoy beautiful sounds, and I really like putting all of those things together.

Sometimes art is not a mirror held up to reality, but a hammer with which to shape it. Do you think musicians and songwriters are the consciousness or the unconscious of the time?

I don’t know. I think that if you’re making honest work, it will naturally speak of the times.

There are recurring themes in your work that seem to link carnal desire and emotional pain. What role does pain play in your work?

Yeah, pain and trauma play a big part in my work. Again, it’s hard to pinpoint it, but I feel comfortable exploring it: It’s not something I feel the need to shy away from. I don’t find it uncomfortable to explore things that don’t feel good, and there is often something quite intense about that.

"I’m always quite hesitant
when talking about
process, because it just
sort of happens. I don’t
really have a specific
way of working—there is
no secret, no mystical,
magical way I do my work.
I can’t explain it, but it’s
simple and honest"

Do you think pain is important for an artist?

From Portrait of an Artist: Conversations with Trailblazing Creative Women, a remarkable new book bringing you face-to-face with an incredible selection of pioneering women who have reshaped the creative industries. These world-famous women have all photographed and interviewed by Mexican artist Hugo Huerta Marin; these unseen candid images and ground-breaking interviews are published for the first time.

Hugo Huerta Marin is a multi-disciplinary artist and graphic designer whose work centres on gender and cultural identity. Hugo works as art director to Marina Abramović, with whom he has collaborated internationally. Hugo’s solo exhibitions have been featured at The Hole Gallery in New York, Never Apart Gallery in Montreal, and MUAC museum in Mexico City. He was part of the 2019 Casa Nano art residency in Tokyo. 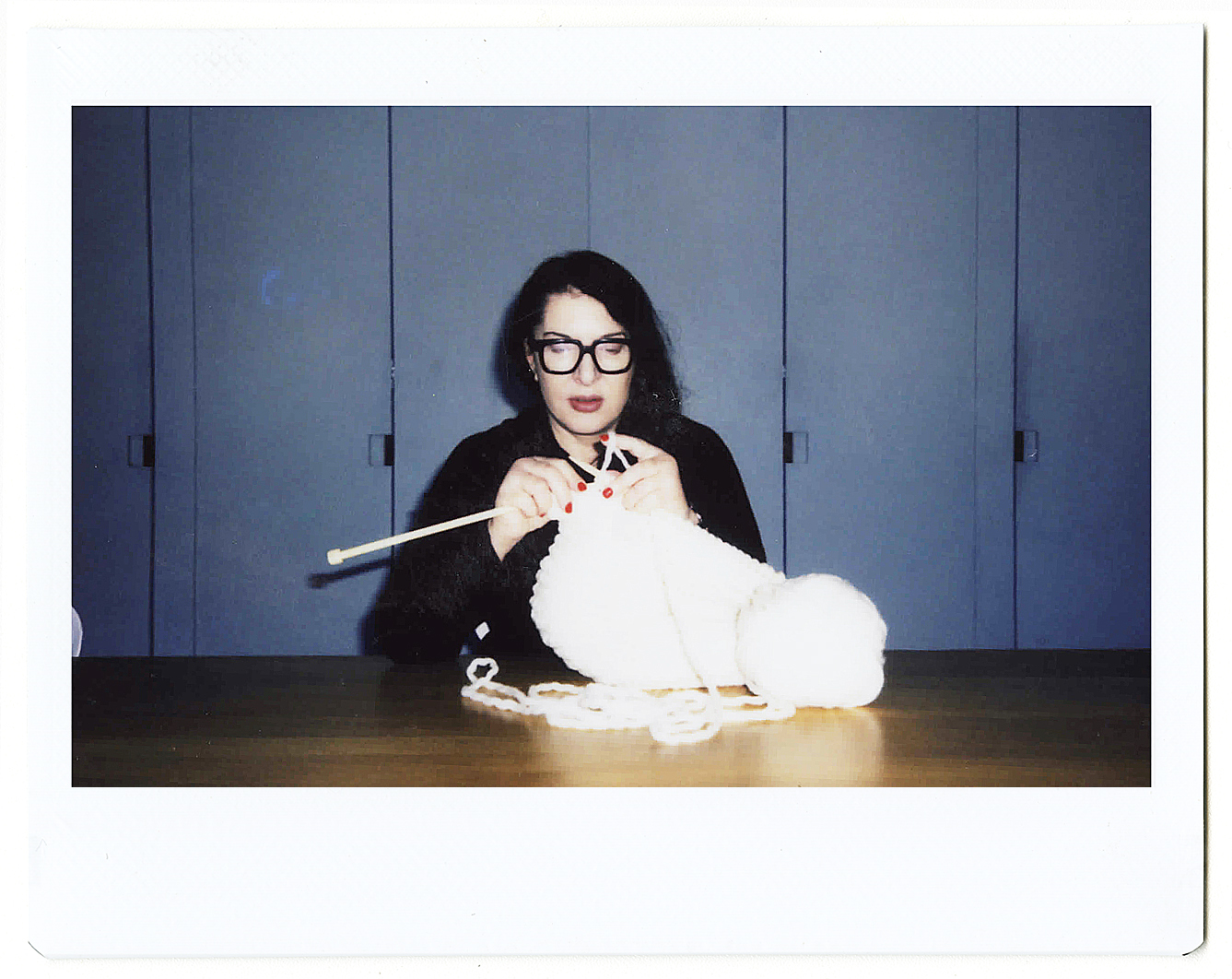 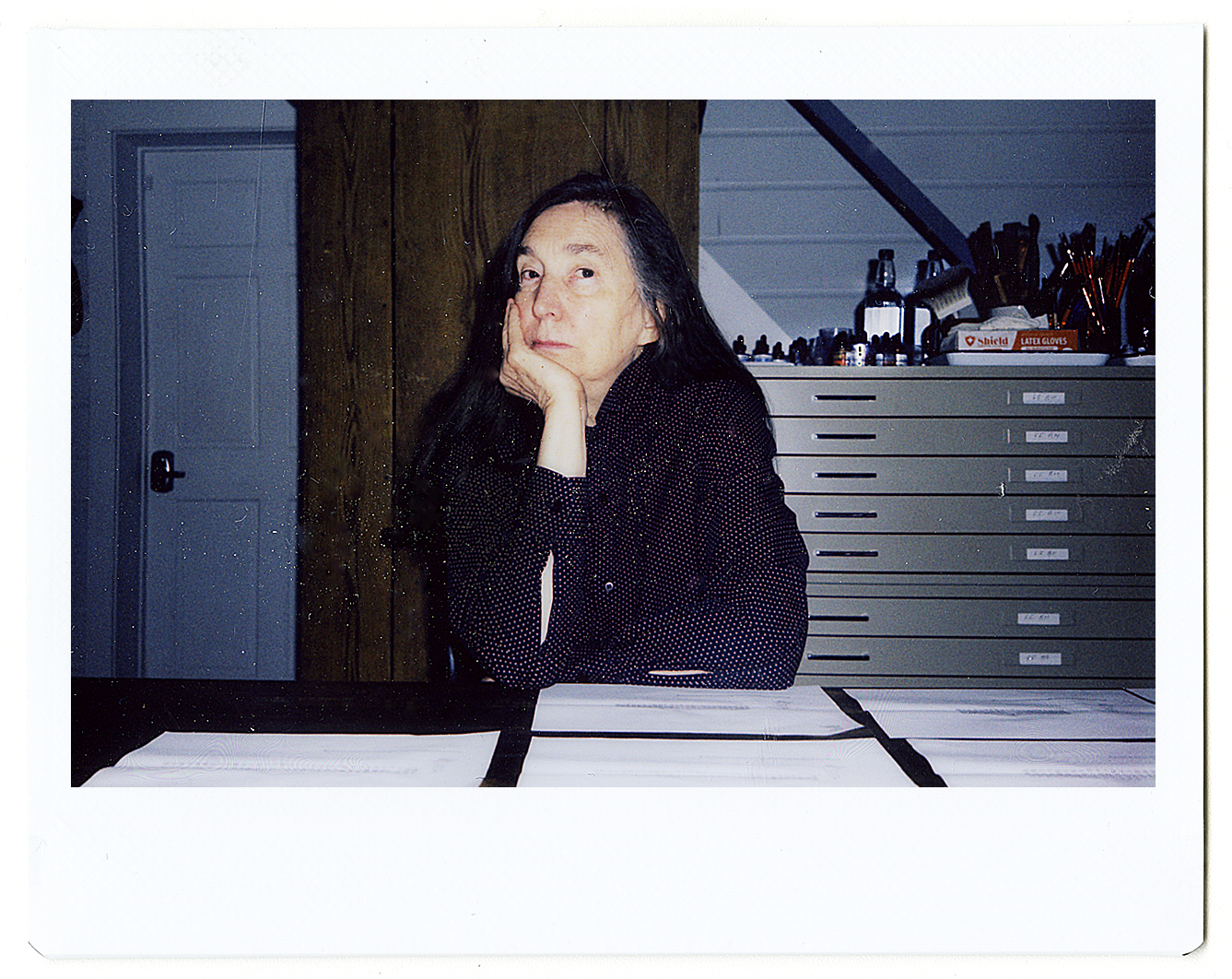 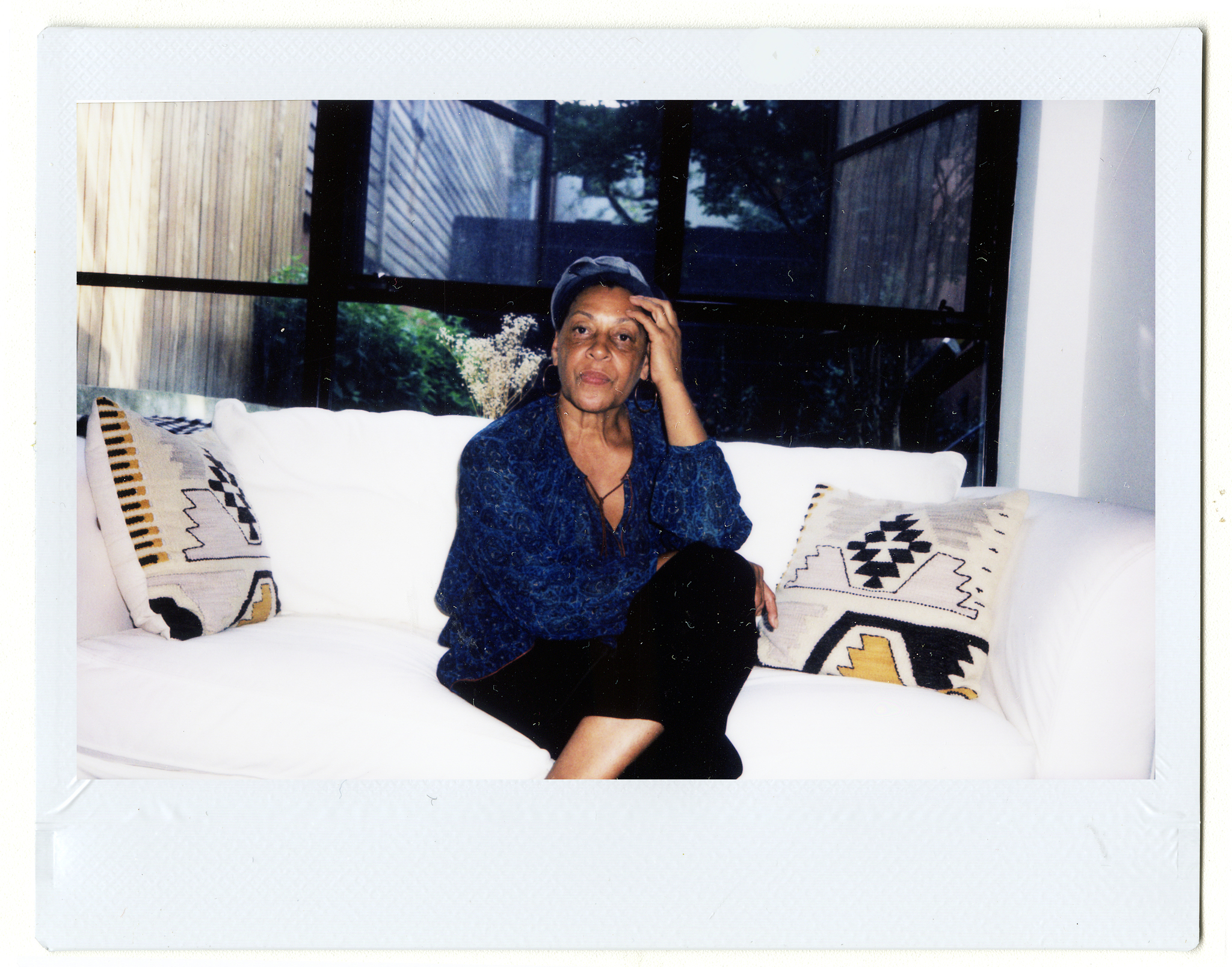 Portrait of an Artist: Conversations with Trailblazing Creative Women by Hugo Huerta Marin is published in hardback by Prestel on 7th September. Available from Prestel, Amazon, Bookshop.org,Hive, Blackwells and Waterstones.