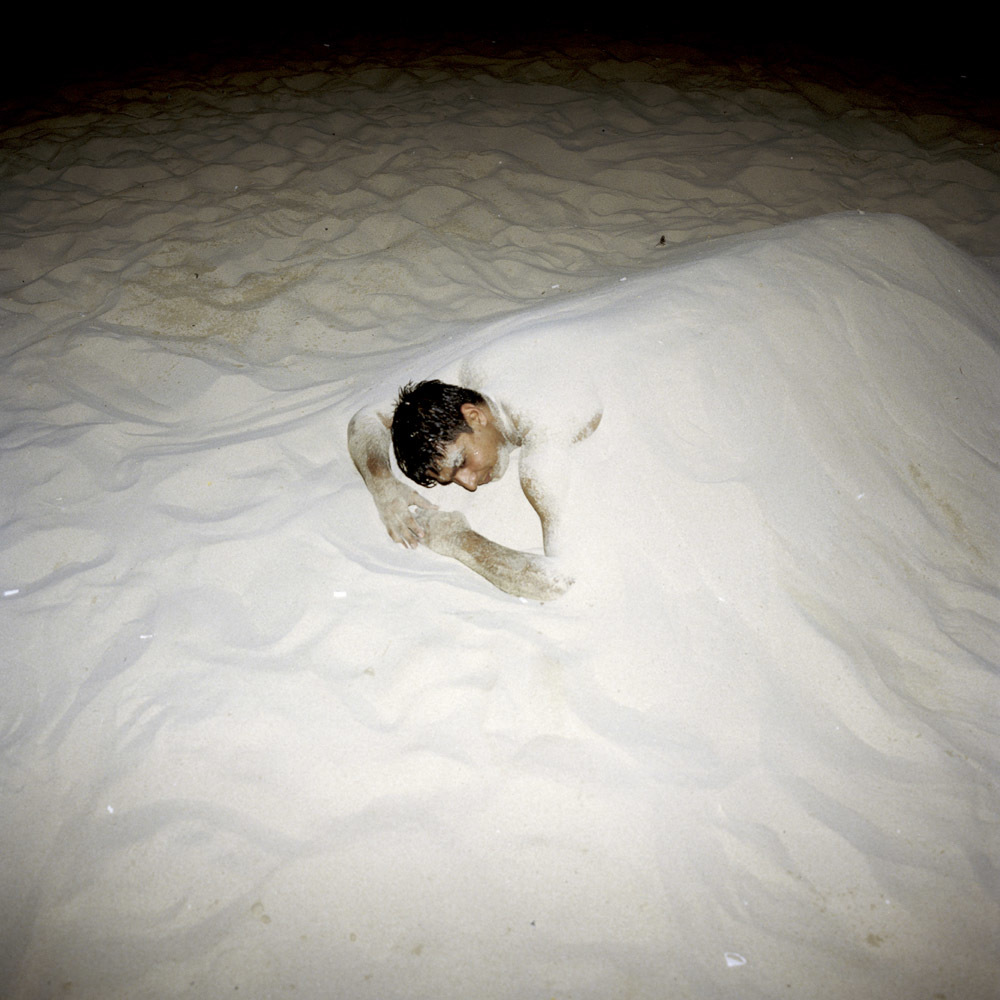 From 'Stranger', by Olivia Arthur

At 10a Thurloe Place, we exhibited Ebeling’s newest series 'London Ends' alongside Arthur’s 2015 project 'Stranger'. 'London Ends' is a photographic exploration of unused and disused London spaces and reflects on the nature of our ever-changing city. 'Stranger' imagines the survivor of a shipwreck in 1968, in which 238 people lost their lives after a boat sank near the coast of Dubai, returning to the city after 50 years have passed.

'Stranger' is essentially a story about the nature of Dubai and it is a journey into the city, but contemporary Dubai is also juxtaposed with this story that comes from its past.

Tell me about ‘Stranger’ – as far as I understand, it’s a narrative with a beginning attached to a real event, of which you’ve imagined the continuation. What drew you to that particular event, the shipwreck?

Yes; it's essentially a story about the nature of Dubai and it is a journey into the city, but contemporary Dubai is also juxtaposed with this story that comes from its past. I had felt that people always talk about Dubai in terms of what it is or is becoming but rarely do you hear much about its history. So I began researching that history and looking for a way to talk about the present. That’s how I came across the story of the shipwreck which immediately jumped out at me on many different levels. Of course there is an element of mystery with it, the fact that they didn’t know exactly who had died and weren’t able to retrieve the bodies. Also it was a link to the older Indian business community that have essentially built up the city from the early days. I was interested in this community because they are often overlooked when people talk about Dubai.

Who is the survivor, and how much do you/we know about them? Are they the photographer?

So the survivor is fictional. I did come across a story of a family who believe their son/brother is still alive and continue to search for him to this day. That was an inspiration for the character, but I didn't want to make it too personal. The way I describe it is that I have ‘borrowed the eyes’ of the survivor to see the city as an outsider and as someone who has perhaps been away from civilisation for all this time. 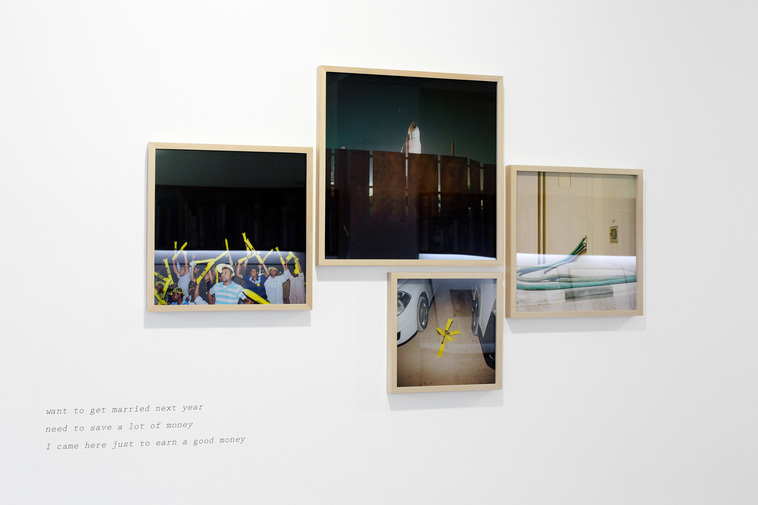 From 'Stranger', by Olivia Arthur

How does narrative function in your work?

Narrative has always been important in my work; I love the stories that compliment the photographs and draw you in to the world that is being explored. I try to use text in the same way as photographs - just little snippets that give you an idea, a hint, but also leave enough ambiguity to make them interesting and leave something to the imagination.

I started out studying mathematics, and people always find that surprising. I think it really came down to a choice between exploring the abstract world and the real world... Photography gave me a way to go out and explore the real world, or bits of it.

How did the concept for Fishbar emerge? What did you want to achieve through it?

We felt that a lot of photographers were complaining about the lack of space to show work, and about a lack of opportunities. We didn’t want to do that so we decided to take matters in our own hands and make a space for our work and that of other photographers. It feels great to put things together in a way that does justice to the work. We’ve invested a huge amount of time and energy and, of course, money, but we have made some beautiful things and we believe that it's worth it.

I started out studying mathematics, and people always find that surprising. I think it really came down to a choice between exploring the abstract world and the real world. 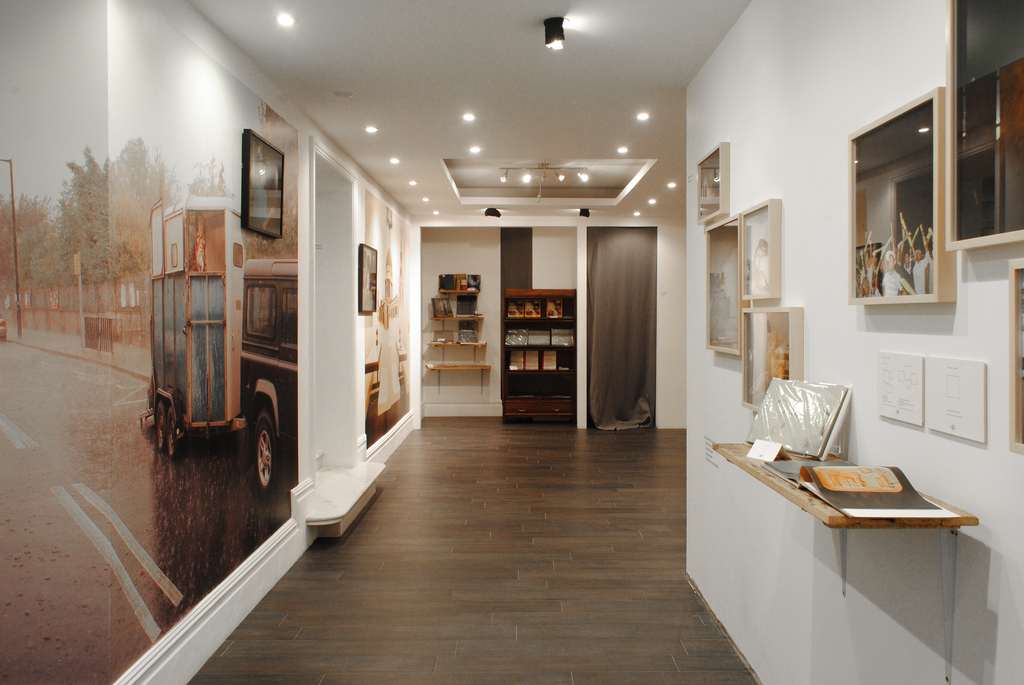 Fishbar at 10a Thurloe Place

Is Fishbar a reaction to the conventional gallery space? To what extent is it interdisciplinary? Could you categorise it – club, gallery, platform, etc?

It's a bit of an anomaly because a lot of the time we are actually closed, and it's just our studio. Of course, we're always working on the publishing in the background. Every December we do something which we call the ‘photo market’ where we invite lots of photographers and publishers and everything is for sale. It's also a very social event, we've collaborated with musicians and poets and we love the things that come out of that.

Tell me about 'London Ends'. How did the project come about? Was it something you set out to do, or did it pull you along with it?

It’s been a long time coming. I came to London as a wide-eyed German kid from a little village nearly twenty years ago. I found myself in an environment so completely different from anything I knew. It was chaotic, full of people and places I had never seen before, unplanned and so very very big. It felt like the city was endless. I was riding around town on my bicyle and loved nothing better but getting utterly lost and then trying to find my way back to some place I could recognize. It developed into an obsession to know the entire city and every road in it. This was not initially a photographic project, it was like a game to see if I could get from A to B on a new route or discover a new part of town I had never been to.

One day I returned home to my apartment in Whitechapel during a freak snowstorm that lasted only a few mintues. The snow transformed what was extremely familiar to me and I quickly shot two rolls of film that became

’10 Minutes one afternoon in Whitechapel’. This series started what became London Ends.

Could you have made a similar series in another city, or is there something about London which meant the process could only happen here?

I enjoy taking pictures in everyday places, away from obviously photogenic subject matter and exotic locations. I like to discover what is near me and remain curious about the world around me. So much is strange and remarkable about everyday life even if it doesn’t seem it in the first place. In that sense and as far as the process is concerned I could do a body of work like this just about anywhere. Of course that it is in fact London and not anywhere else makes the work more interesting. I find London surprising and unpredictable. Away from the centre it often doesn’t feel like the huge metropolis that it is. So much is front door, low rise architecture with a local highstreet and park ect that it could easily be mistaken for any British small town, but when you look closer at what type of shops there are for example or what sort of people you meet in the street you are reminded that it isn’t any old small town but a place that attracts people from all over the world.

I came to London as a wide-eyed German kid from a little village nearly twenty years ago. I found myself in an environment so completely different from anything I knew. 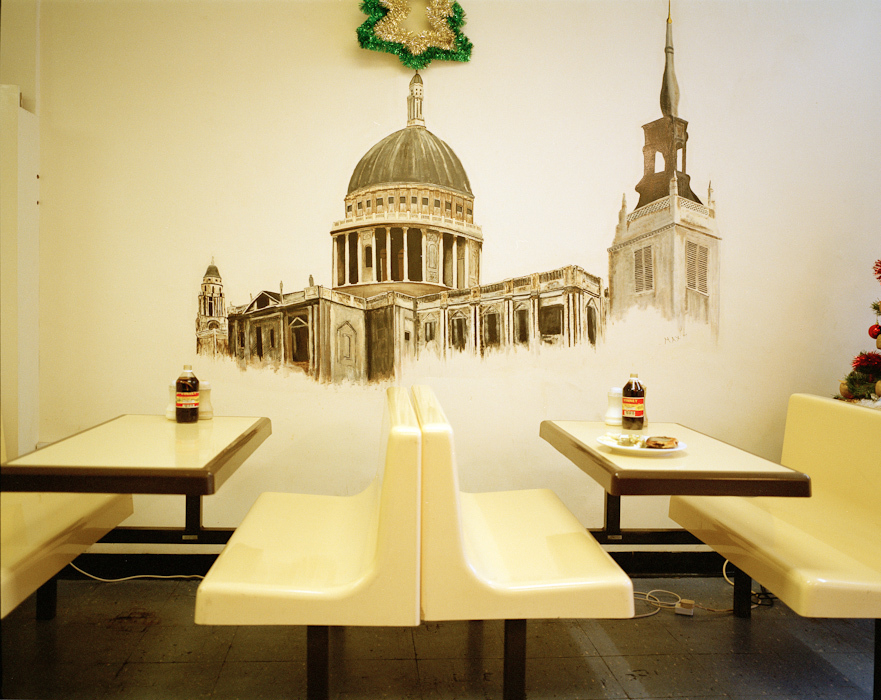 How do you think about space in your work? How does that affect the way you hang your pieces?

I would say that the sense of space is always important in the way I make pictures. I have always been conscious of space but possibly working with architects has made me even more aware of it. I use a medium format camera that I think records a better sense of space than a normal small format would. In terms of the hanging, I have tried something unusual for the plinth exhibition and I am very happy with how the result has come out. There are large format wall paper prints on the one hand that cover the entire wall space floor to ceiling and on top of that hang tradionally framed photographs. Putting pictures on top of other pictures is maybe unsual for photographers, but I like how this draws you in and surrounds you, and the layering of images is a good representation of the chaotic nature of London.

Photography offered a way and an excuse to explore the world, which is exactly what I wanted to do when I ran away from home in Germany age 19.

What makes photography a singular medium, in your opinion? What can it do that, say, painting can’t?

I wouldn’t contrast it with painting, which social and historic functions it has in many ways replaced, the obvious advantage here being the speed and ease with which it can be produced but with other contemporary visual media like film and video. In a world where audio and video are increasingly ubiquitous the stillness of the photograph is what makes it stand out and for me makes it particularly attractive. It is poetic and contemplative and stays in your mind. 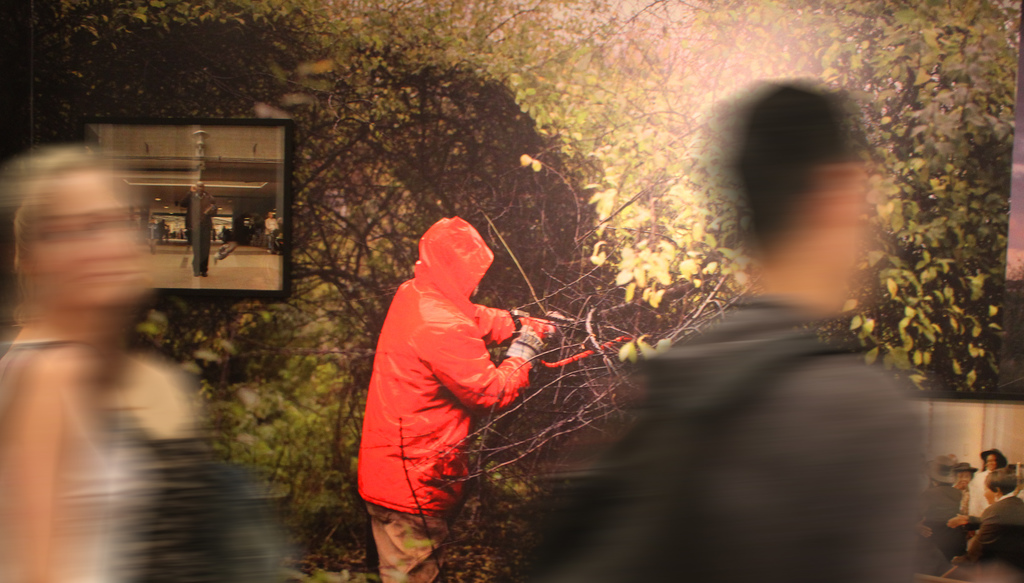