Plinth's very own Chloe Grimshaw celebrates the launch of her latest book, Creative Living Country, at The Fashion and Textile Museum, SE1 3XF, June 29th from 6pm. She'd love to see you there, along with the book's photographer Luke White, and guest speakers, textile designer Helen David and photographer Matilda Temperley. Tickets are available here (along with more information), and include a glass of wine, access to the talk, as well as to the gorgeous Anna Sui exhibition with which the evening co-incides. 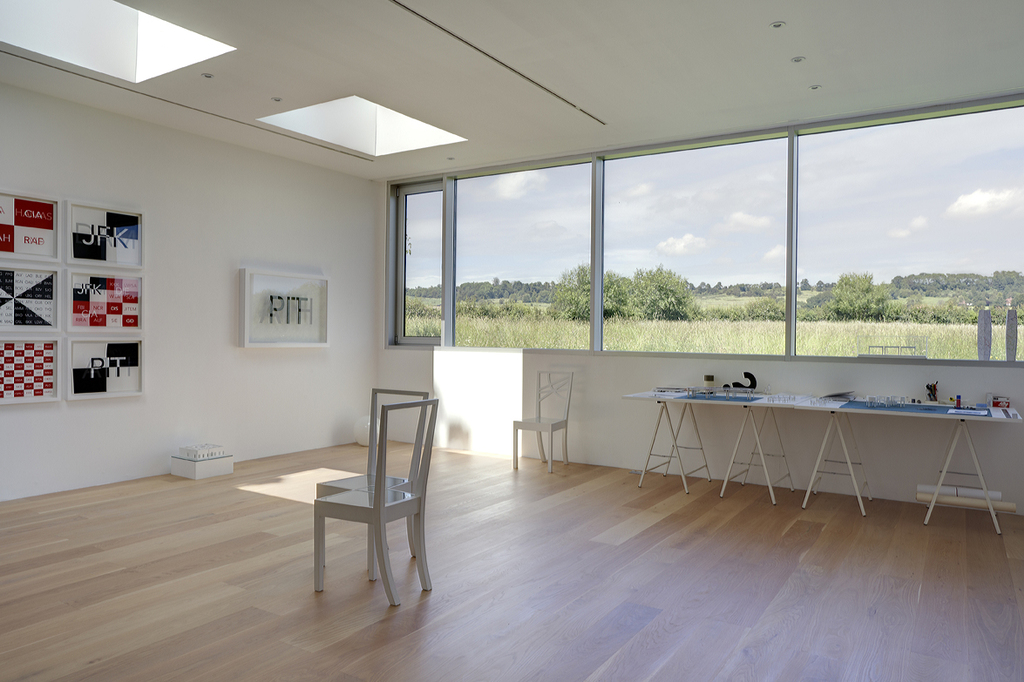 The couple loved the idea of living in the Weald, an area of outstanding natural beauty in southeastern England, but recognised the challenge of taking on a dilapidated farm building with no mains electricity or water.

“We had been to see Derek Jarman’s house in Dungeness and stumbled on this place by accident,” explains artist Ben Langlands, describing the moment he and Nikki Bell discovered the site for their off-grid house in Kent. The couple loved the idea of living in the Weald, an area of outstanding natural beauty in southeastern England, but recognised the challenge of taking on a dilapidated farm building with no mains electricity or water.

As Turner Prize-nominated artists, Ben and Nikki’s practice covers sculpture, film and video, digital media and architecture. In 2004, the year they were nominated for the Turner Prize, the couple collaborated with structural engineers Atelier One on the Paddington basin bridge. Keen to work with them again, they employed the firm to help prepare the drawings and obtain planning permission.
Having always wanted to build a home from scratch, Ben and Nikki’s designs became a balancing act between respecting the beautiful landscape of the Weald and making the house work as efficiently as possible, including the flitting of solar panels at a lower angle. Mindful of environmental sustainability, the couple also chose a prefabricated building system for the main structure, which was delivered and erected in less than two weeks. They project-managed the build themselves, living on-site in a shipping container. 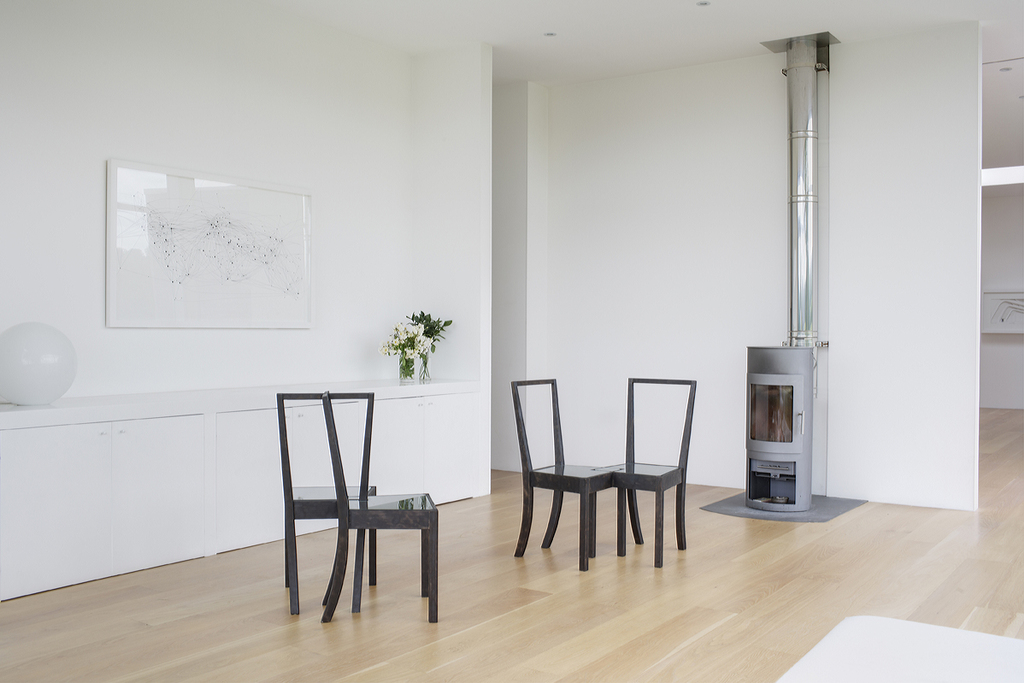 ‘Untitled,’ as the couple call the house, is only an hour away from their Whitechapel studio, so Ben and Nikki can easily divide their time between London and Kent, depending on work and the time of year (they prefer to be in the country during the summer to make the most of the long daylight hours). Luckily, it was a fast build, and the couple were able to move into the house after only one winter in the container. Now that the house is complete, they have embraced life in the country, buying produce from the local farmers market and jam from the Women’s Institute, and often cooking on the wood-burning stove, which generates enough heat to warm the entire house on all but the coldest days. The only jarring note in this idyllic scene is provided by the AK47 on the wall of the living room, a commission for an exhibition held in 2012 to mark the International Day of Peace.

‘And because we’re off-grid, it’s a fantastic feeling to think that everything here is generated by the sun.’ 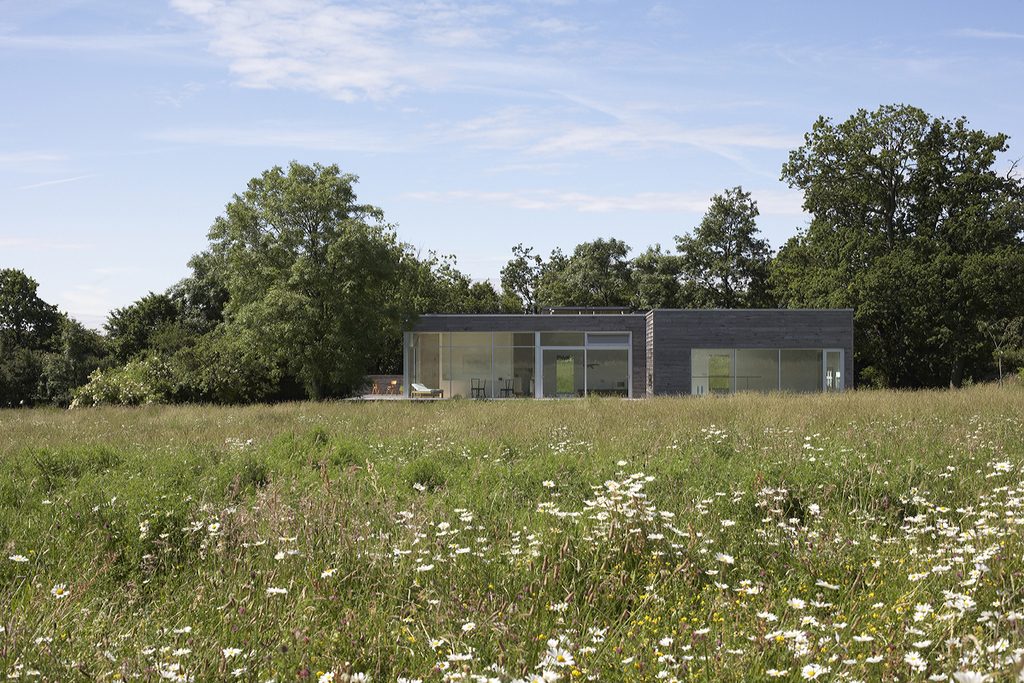 In their quest for total immersion in the countryside, the couple planted a hedge of hawthorn, blackthorn, dog rose, field maple and gelder rose around the property. With views out over the fields beyond and no other house in sight, ‘Untitled’ is now the perfect antidote to urban living. ‘The whole of the summer is extraordinary,’ says Nikki. ‘And because we’re off-grid, it’s a fantastic feeling to think that everything here is generated by the sun.’