How Richard Wilson Made Slipstream

Richard Wilson’s, twirling, spinning sculpture Slipstream was inspired by the daring antics of stunt planes and air racers. It now hangs in Heathrow’s Terminal 2, about to take flight over the departure bridge. 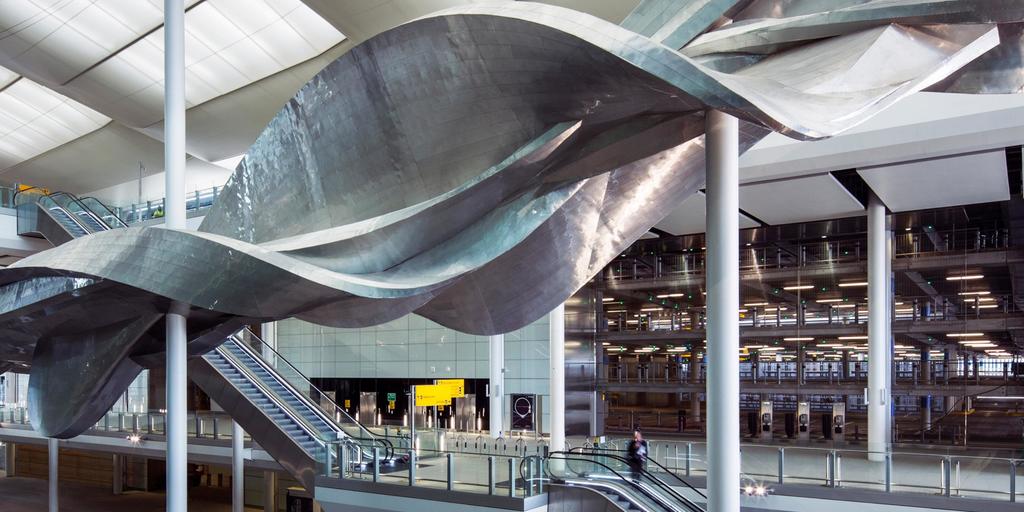 “The idea with Slipstream was that optimistic up and away,” the artist explains. Inspired by films, comic books and even video games – Richard Wilson’s work brings to mind the film Planes, Trains and Automobiles, with installations that are constantly on the move – from a coach teetering on top of the De La Warr Pavilion in Bexhill to the revolving façade of a modernist building in Liverpool in 2007 (Turning the Place Over). 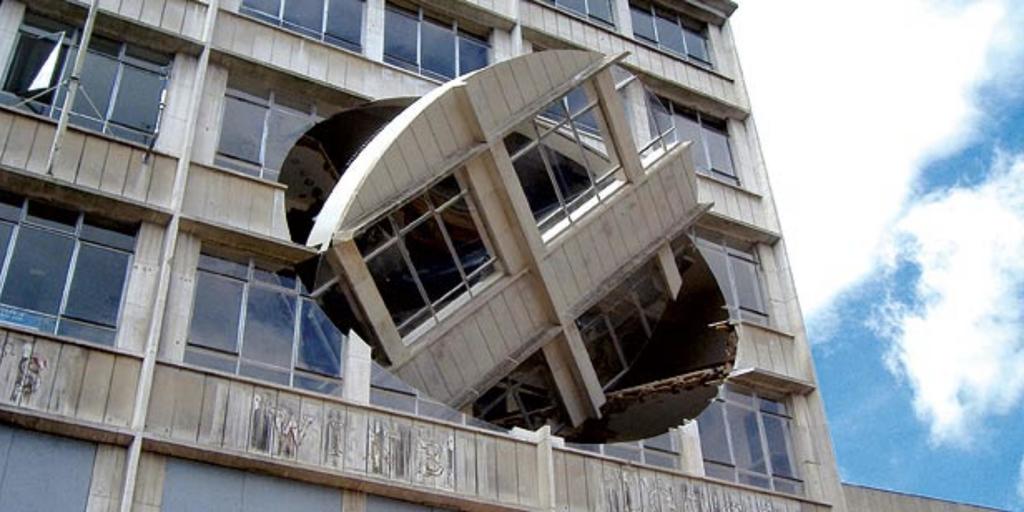 Turning the Place Over (2007), Richard Wilson

Wilson’s most ambitious work Slipstream at Heathrow’s Terminal 2 took three years to design, build and install. Spanning four columns of the terminal, this handmade aluminium 70-metre structure was installed in 2014 to convey the twisting velocity of a stunt plane. “At one end, it was very contorted, having gone through a kind of cartwheel, and then it starts to even itself out and then it’s up and away,” explains Wilson, “ending up over the departures bridge – so people coming in would see that beautiful movement and think about their own journey, as they’re getting their tickets.” 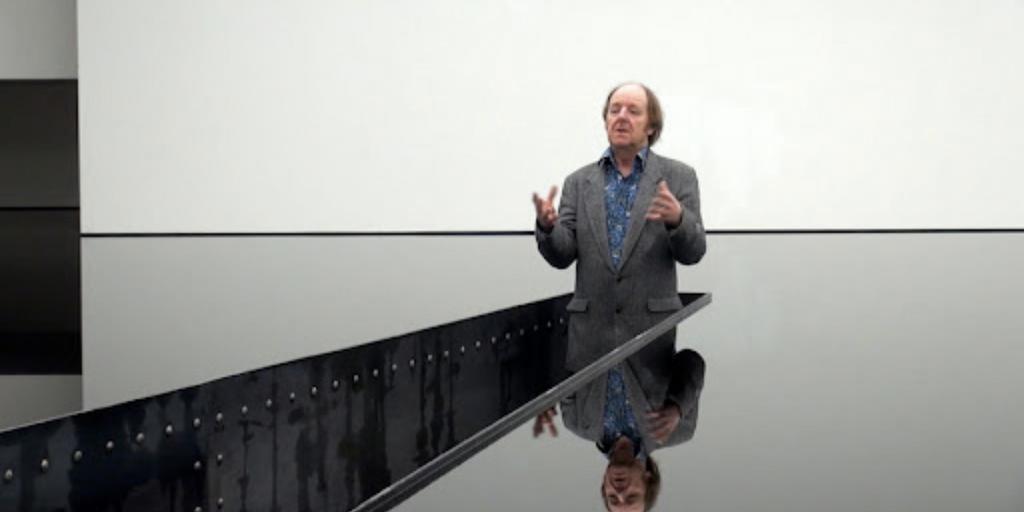 It took a year of structural engineering work with Price & Myers to work out how to suspend the sculpture. “There were 11 columns in the Heathrow space – and that was the canvas that I could use,” Wilson explained. “We used 4 of those 11 columns where the engineers designed bespoke collar bearings. This basically is a clamp that fits around the cylinder of the columns to grip it. What an engineering feat!” 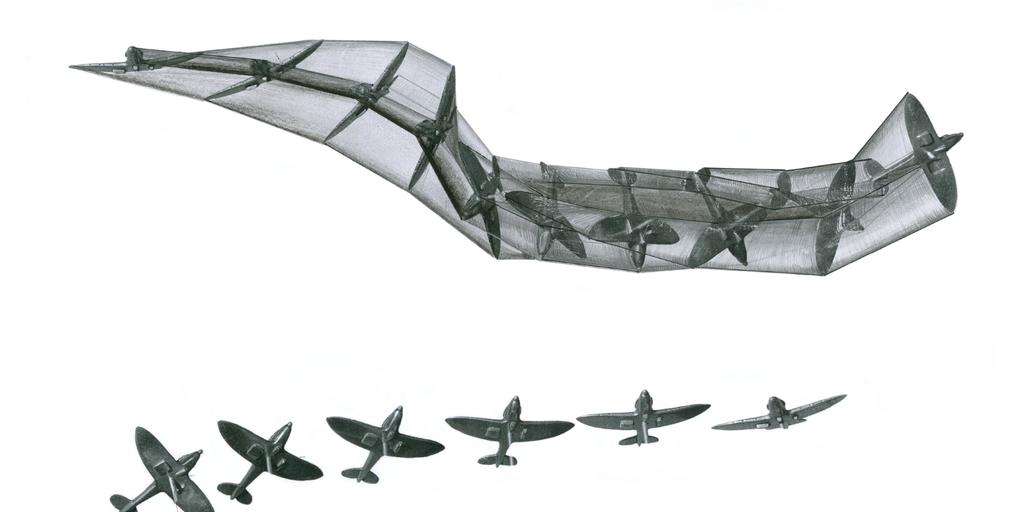 Wilson often refers back to “that beautiful, rather romantic, classical Sixties engineering, post-war – ships, boats, cars – when a lot of sheet metal was used to make very light monocoque [structural skin] structures.” Film continues to be an important influence on his work, from “the end shot in Casablanca, where going up the steps there is this beautiful nose and propeller of the plane”, to the shape of Steve McQueen’s Ford Mustang in Bullit. The aerodynamic design of British Speed Ace Donald Campbell’s jet-powered hydroplane in the 1960s made an impression, too. 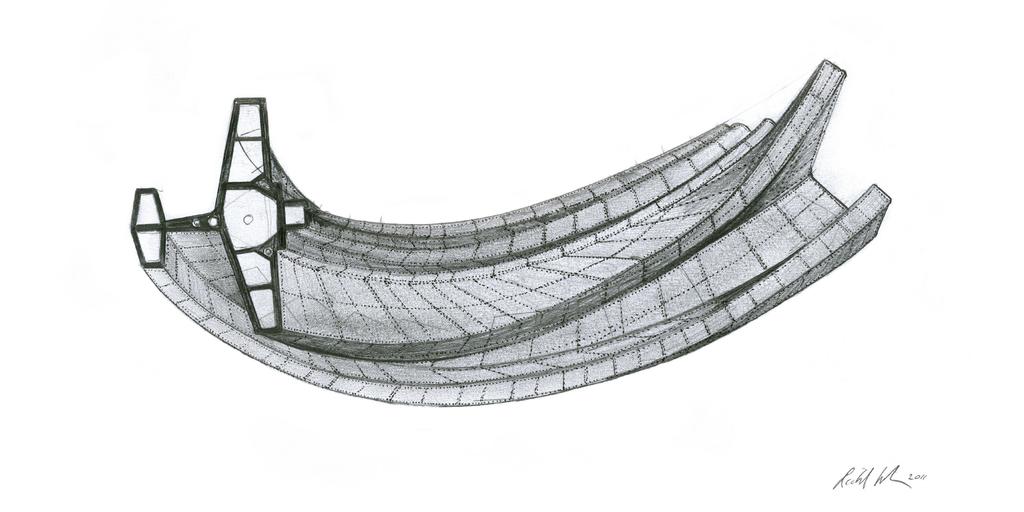 The Slipstream limited-edition portfolio, published by Sketched, marks the first time these drawings have been shown together. “It’s lovely to see the drawings as a set,” Wilson says. “You can almost feel the gouache and tippex and graphite in the prints – lovely.” 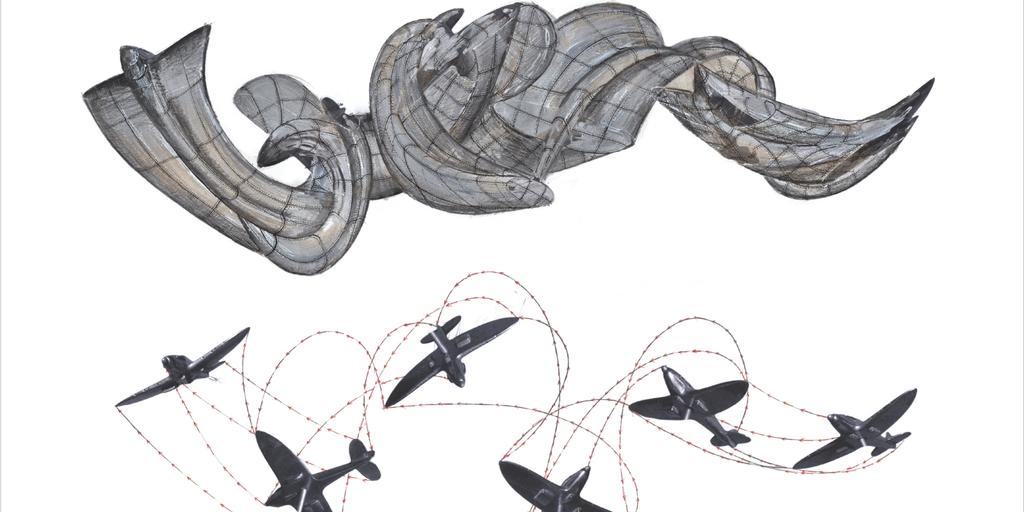 Richard Wilson, Slipstream is a series of limited-edition prints published by Sketched which can be purchased singly or as a portfolio.