How We Shot After Yang 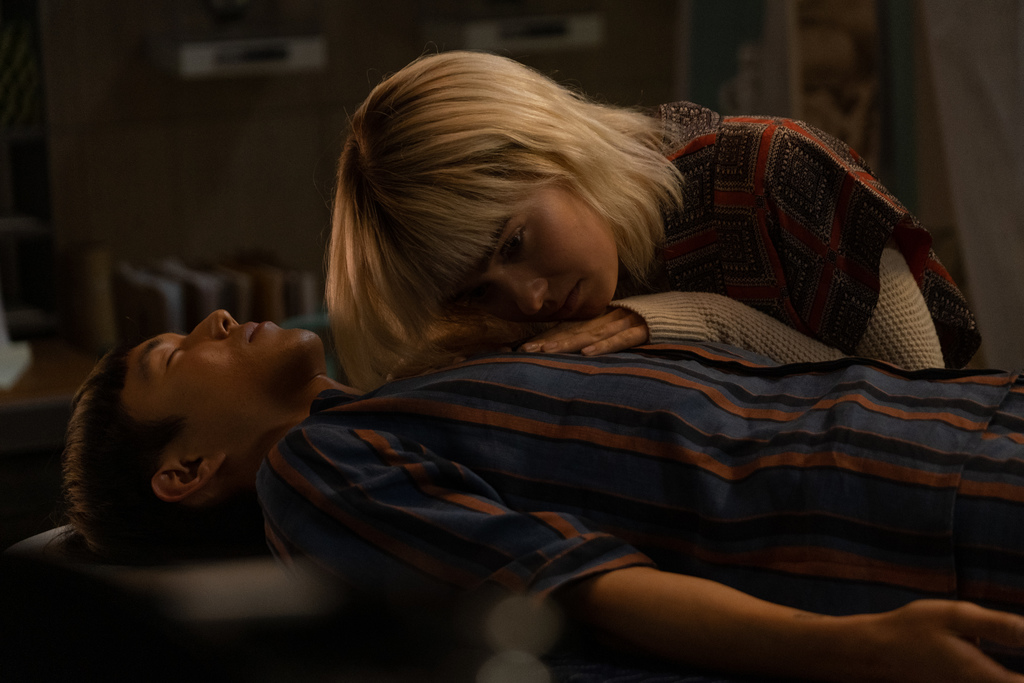 Despite being science-fiction, After Yang takes its premise of a family trying to restore the memory of an unresponsive robot child and develops it into a wholly human context. To do so, Koganada approached a new Director of Photography, Benjamin Loeb (Mandy (2018), Pieces of a Woman (2020)). I spoke to Loeb about his recent work with Koganada and the new cinematic style that they were able to find together to tell this unique story.

What were your inspirations for the visuals of After Yang?

A lot of it was about- not what I’d say is wrong about movies and how things are presented but the lack of personal engagement or interaction that an audience is being allowed to have with a film. We were discussing the absence of information or detail or human presence or material presence, and how do these things actually combine. We looked at certain still photography and talked about what seeing a human character in the far distance would do to you as individual rather than a close-up face, and the emotional qualities of each one.

There are people who say that they need to see the person’s eyes in order to connect with a human being versus someone who is able to connect with the presence in a space and how their posture affects perception. We wanted to create imagery where the viewer has to spend time looking at the image in order to figure out what the pieces actually were rather than just a close-up of a face showing pure emotion. That goes into the performances that Koganada wanted as well. They’re understated, everything’s understated. It’s very humble and normal. You have to dig into those performances and into the mood of the film to get your version of whatever feeling Kogonada is looking for. That’s where the idea of absence in the film came from. 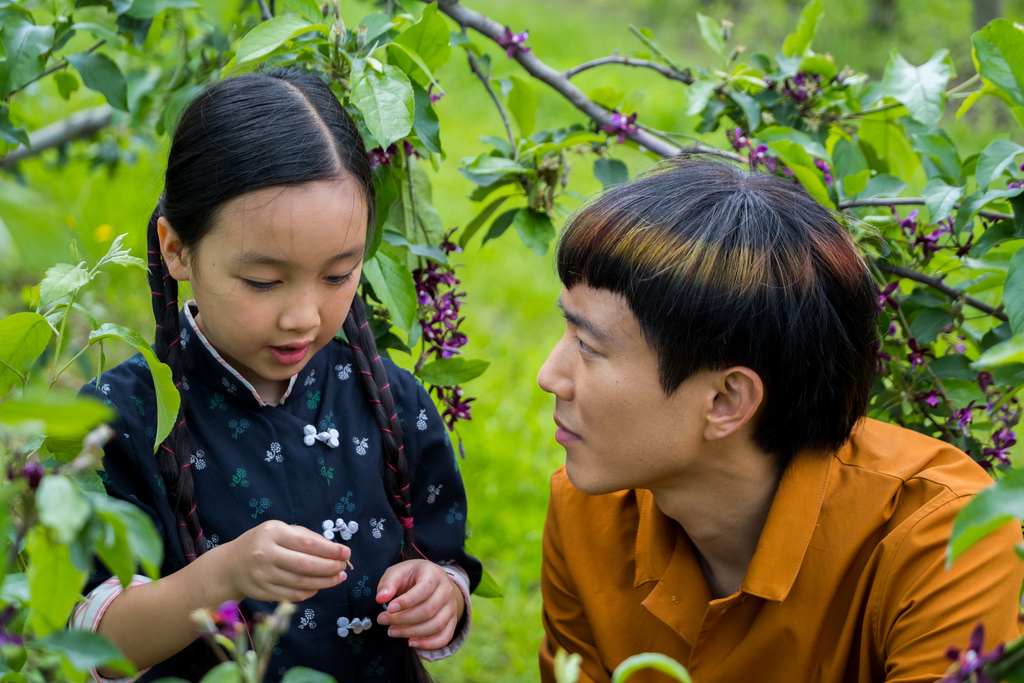 Koganada’s video essays focus on the cinematographic aspects of films, such as hands in the cinema of Robert Bresson. Does he have things that he wants to particularly focus on or is that left to you?

It’s a difficult question to answer because I think I would need to make three or four movies with Koganada to know how his traits form. Whenever I start a new project I try to be open to the way the director wants to see things, starting with a blank canvas and being able to build that together. Having seen Columbus and knowing quite a bit about how they made that film I can see some similarities, but these two films are so different. 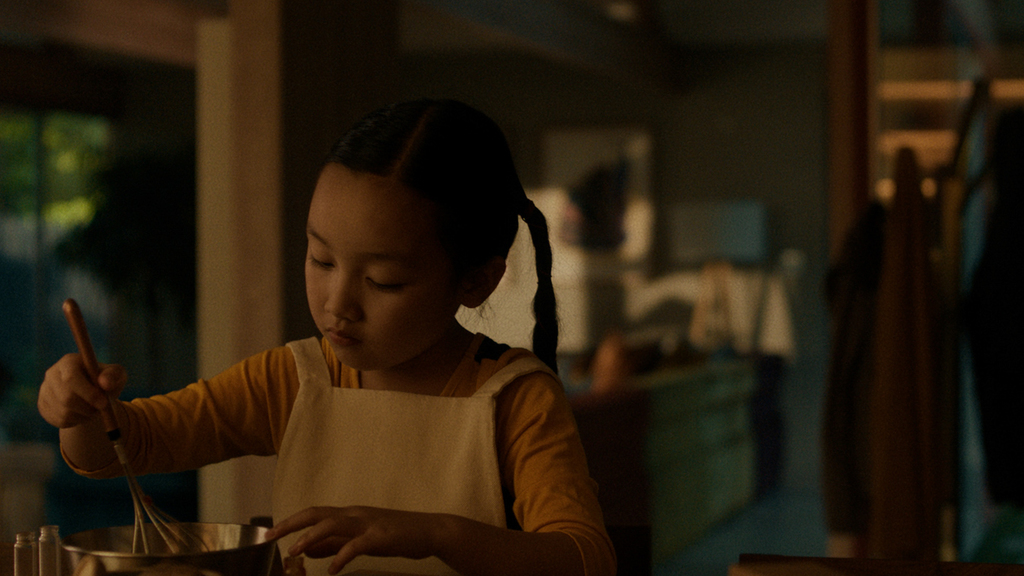 I think Koganada comes into each project with a very clear idea of the visual sense and the tonality that he’s searching for. But I think he also takes in so much information from the people around him. He is by nature such a curious human who will always ask questions. Those questions influence him so every project he goes on to do will have a different approach and feeling just by the nature of who he is. For After Yang, he had specific things like that he didn’t want to see any plastic or technology. He wants to make sure all the right ingredients are there to make the absence more noticeable.

I can’t avoid the food metaphor because we used to sit down together at different ramen shops in New York and analyse the texture and density of the broth. We used that as a broader analogy for the spaces we were trying to create visually. We found this place in Queens where they served the ramen in this beautiful round little bowl, and the broth had separated in a really beautiful way which we used to talk about how we wanted to the different layers of the film to be felt. 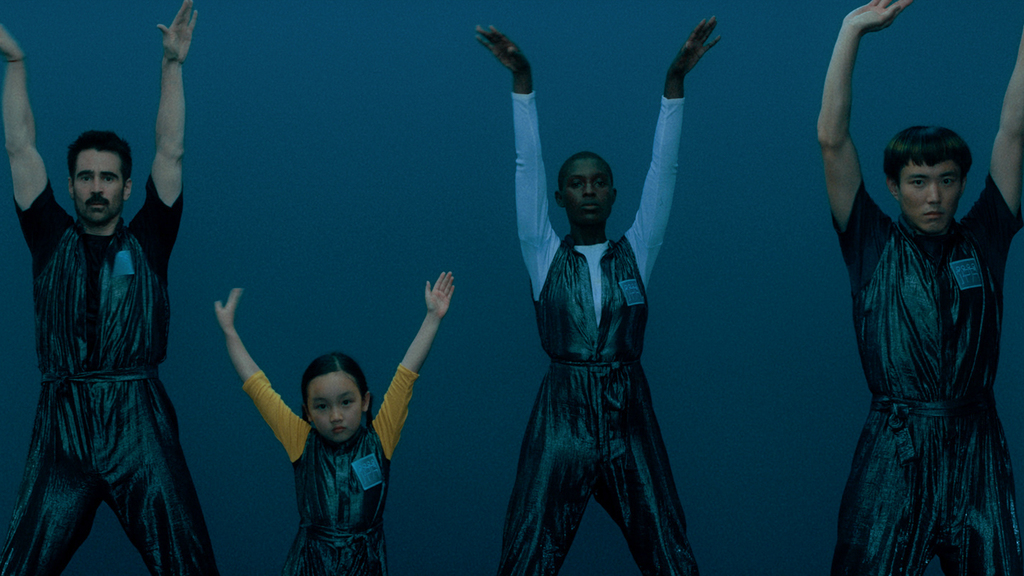 "We found this place in Queens where they served the ramen in this beautiful round little bowl, and the broth had separated in a really beautiful way which we used to talk about how we wanted to the different layers of the film to be felt"

Elisha Christian was cinematographer on Columbus, which was a film led by Eero Saarinen’s architecture. Was that a style that Koganada wanted to move away from, the reason why he changed DoP?

I honestly don’t know why Kogonada changed DoP. I saw Columbus and thought that I wished that I had made that film. I think that it inherently has so many beautiful ideas, and some of the strongest films move from the location to whatever is manifest to the story. Columbus had all the beautiful outdoor locations whereas After Yang is predominantly interior because the undefined future of the exterior was difficult to conceptualise. 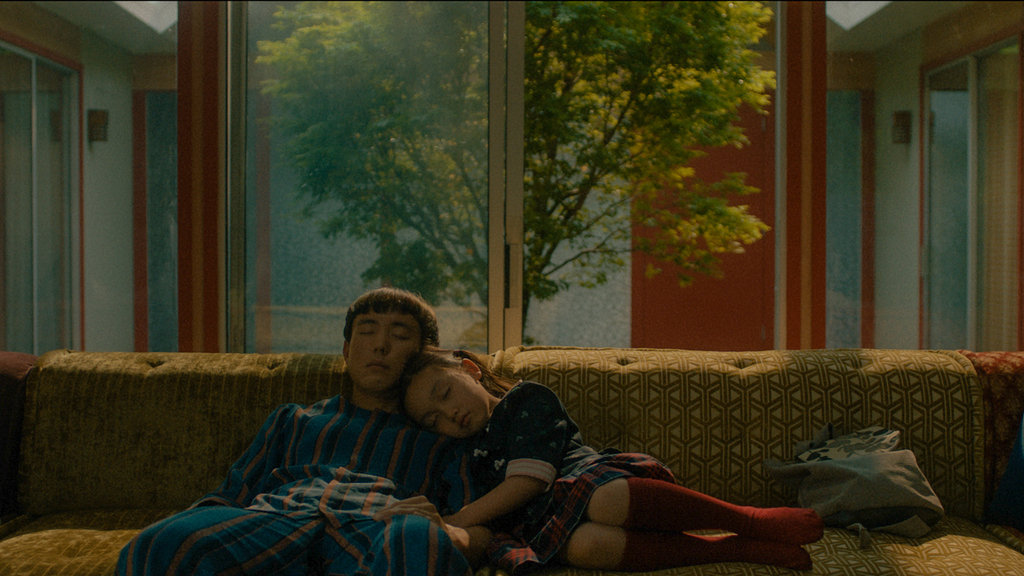 "a sort of ‘Where’s Waldo?’ concept where you need to find the clues within the picture to get an idea of what the thing as a whole represents"

I love the idea of tableaux and wide spaces, a sort of ‘Where’s Waldo?’ concept where you need to find the clues within the picture to get an idea of what the thing as a whole represents. It was difficult with After Yang because of how closed-in the story was, it moves from interior space to interior space. Plus, it was shot in New York but we didn’t want it to be New York, so we had to figure out a style unique to its world. The result was closer and more claustrophobic than Columbus, so we had these kind of pillow shots of the exteriors - brief breaks from the main narrative typically of quiet exteriors which Ozu pioneered - to break that up. 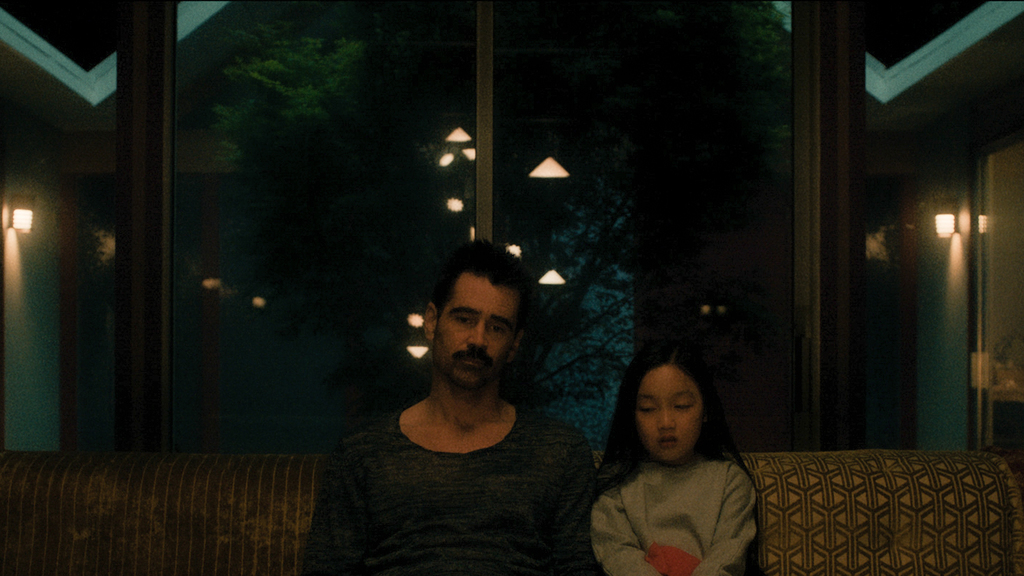 How did you choose those pillow shot moments and how to insert them into the film?

When we arrived at set each morning we talked about the catch of the day or today’s special. It was something Koganada and I would find every day, just walking around New York trying to find a space that felt like a place that we needed to film. We ended up finding places that were so simple, tree trunks and greenery or a flat brick wall. They were things that you could look at for ten minutes and they wouldn’t change. We wanted these places to just feel like a breath. 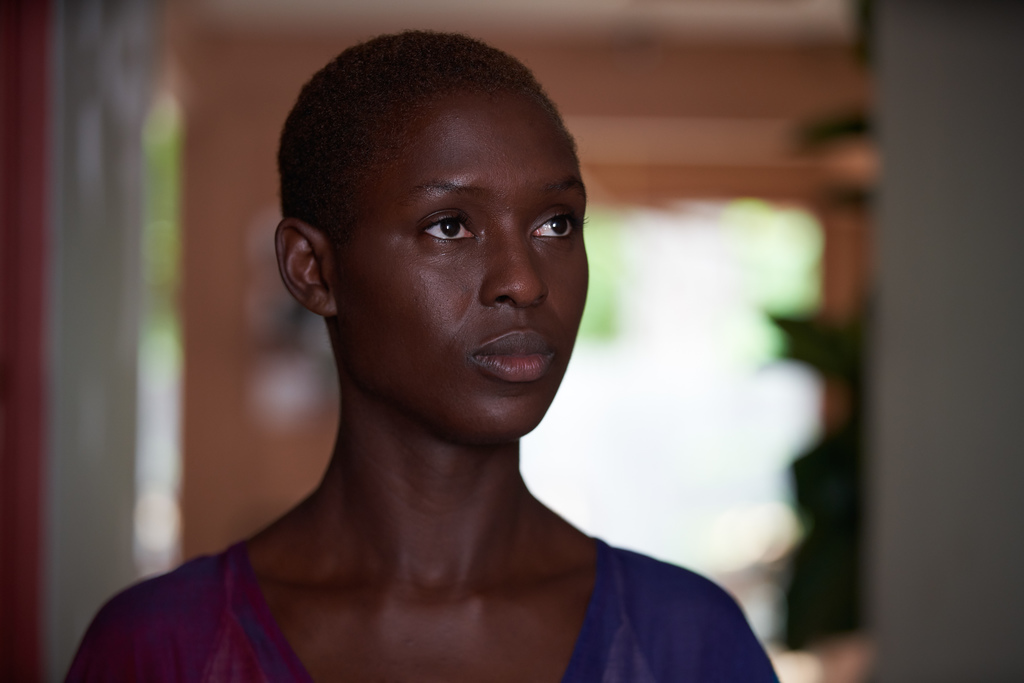 One of the most visually striking moments are the opening titles with a dance number. What was the process of filming that kind of choreographed movement, and turning the film into a musical for a few minutes?

Koganada showed me an old kung-fu film, I think it was called The Kid With a Gun. It had a sequence with each character against a backdrop showing their fighting skills. The dance was always written in as a dance, but we talked about showing each character’s space and their surroundings but that wasn’t going to work out schedule-wise. But moving from the film that had meant something to Koganada as a child we wanted to create a proper homage to that and make it something that stood out from the rest of the film. The expression of emotion in dance or music are to me superior to film, so the marriage of the two is very interesting. 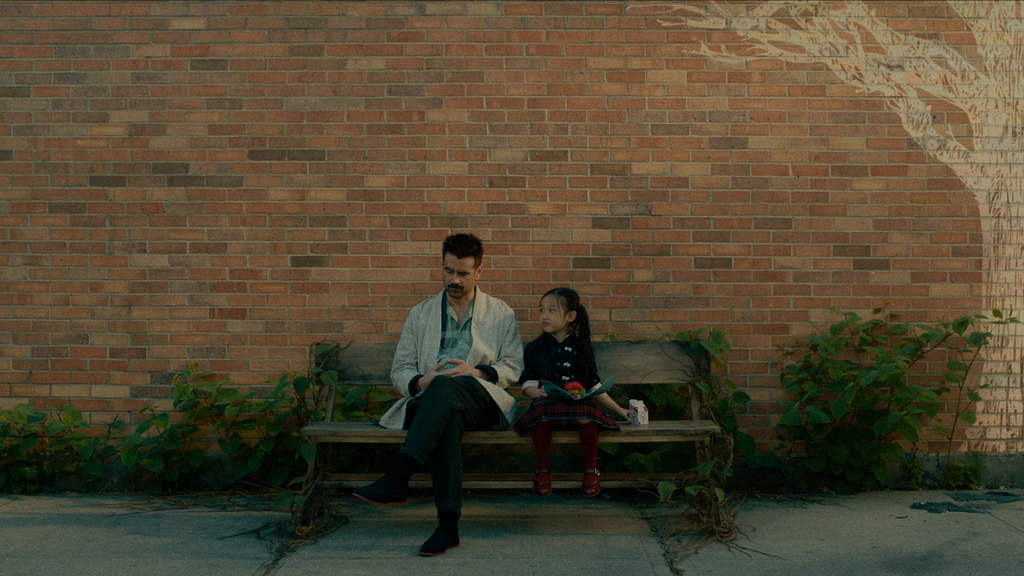 "We wanted these places to just feel like a breath"

Would you work with Koganada again?

Absolutely. The process of working with him was so rewarding for me. In any working relationship you need trust and to be able to build on that would allow more freedom to open up. That you can go in different directions knowing that you’ll come back together and make something beautiful. There are multiple projects that we’re talking about doing together, so hopefully they will happen. 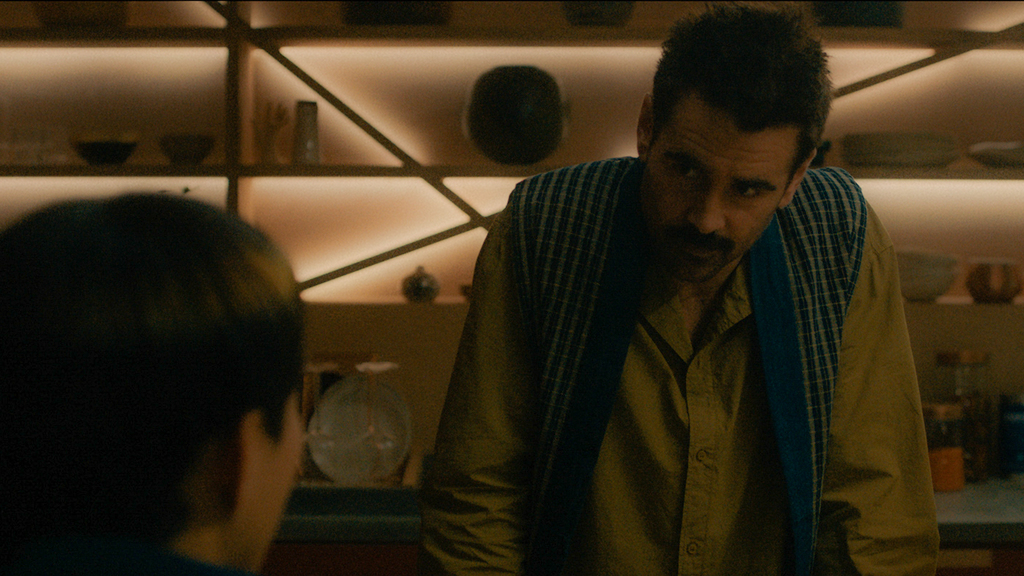 The layering of the images is particularly interesting in the film’s ‘memory box’ concept. Jake discovers a cache of memories that allow him to discover more about himself – the way it plays out is not unlike film itself. Were you trying to differentiate visual styles, to create something specifically futuristic?

The idea of futurism was always baked into the conceptual design of the film. That came from the removal of technology, the clothing, the items that were in the house. It was always about trying to stay simple and with the human elements, as much as we had to remind ourselves that we were making a quote-unquote ‘science-fiction’ movie. What was interesting to us was two people talking together and what that conversation felt like. It was about honesty