Art and protest have a deeply symbiotic history. Puerile or bang-on, undignified or imperative, Trump Baby is only the latest in a history as long as that of visual art itself in using images and objects to push an agenda, drive home a point, or set out an argument. 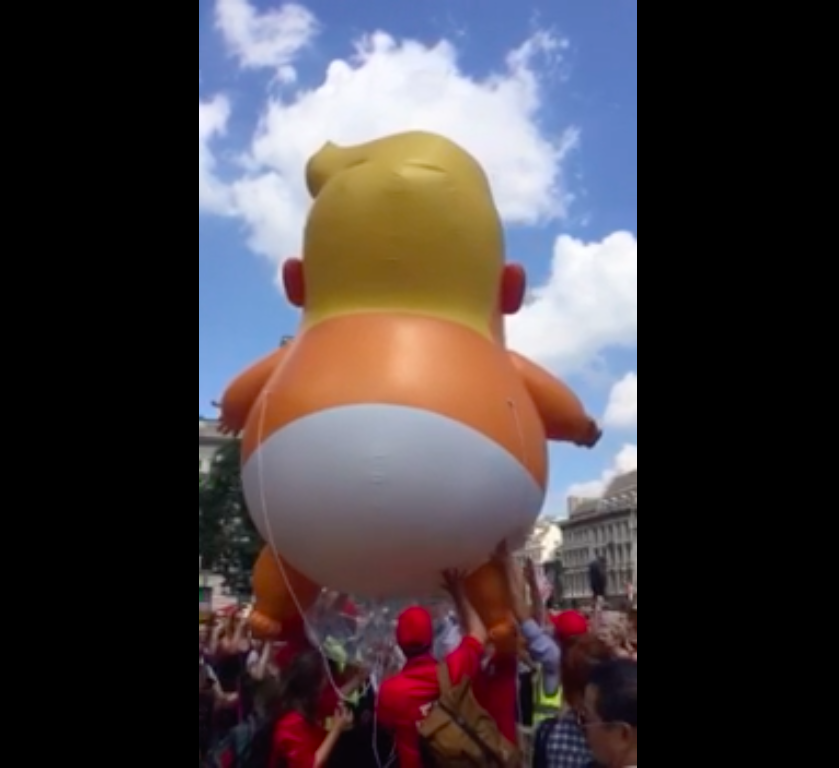 Trump Baby, as he is dubbed, is the result of six activists campaigning and fundraising £29,000 (so far) ahead of the 45th US President’s current visit to the UK and winning their right to fly him high over Parliament Square Gardens. And – although he soared safely – it wasn’t an easy path to no-more-than-30-metres above the capital. While the Mayor of London Sadiq Khan gave his permission for the blimp to fly, his team initially refused the project’s application. Although protests are permitted in Parliament Square, the official rebuttal originally hinged on the assertion that Trump Baby is ‘not a protest.’ Fascinatingly, Khan’s officials categorised the inflatable as ‘art’, thereby disqualifying it as a legitimate means of objecting to the President’s visit or his policies – at least, on their watch.

Politics aside – difficult, I agree – the semantic question raised is a really intriguing one. Art and protest have a deeply symbiotic history. Puerile or bang-on, undignified or imperative, Trump Baby is only the latest in a history as long as that of visual art itself in using images and objects to push an agenda, drive home a point, or set out an argument. Think of Picasso’s Guernica or Eliot’s The Wasteland as manifestos against the horror of war on the one hand, and banners at marches on the other. Each, in short, has a stance to communicate; subtlety or blatancy is beside the point. It cannot be true that a protest is only a protest, as the Mayor’s office originally cited, when it’s composed of “a gathering of people with banners and placards”. After all, it’s a long time since art left the exclusive realm of oil on canvas, or likeness in marble – it’s only to be expected that protest move beyond the placard. I mean, define ‘art’. Gotcha! Define ‘protest’. Actually, and of course, as far as the government of London is concerned there are pretty specific criteria in place – but desperate times, as they say, call for desperate measures. 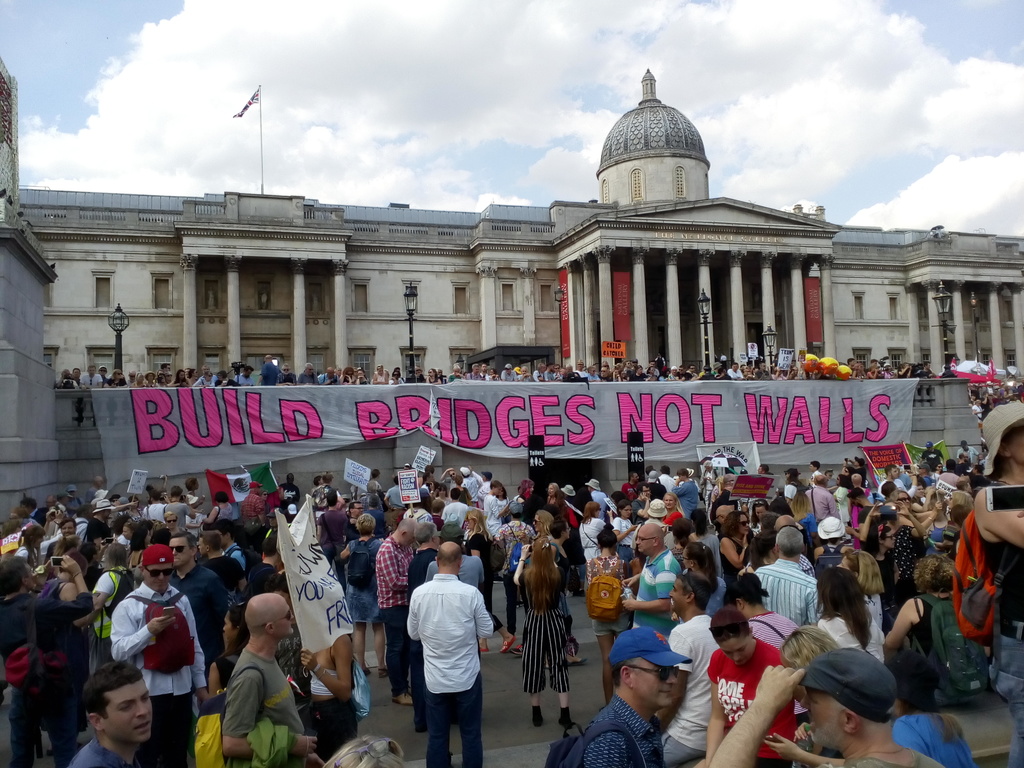 The only point at which ‘protest’ and ‘art’ definitively diverge, you could argue, is in the movement from art-with-a-message to art-for-art’s-sake (Adorno’s committed vs autonomous artwork formula is perhaps a useful shorthand.) Even then, autonomous art is kicking against something, i.e., the insinuation that it ought to signify anything. The Trump Baby straddles both camps, at once conveying a clear message of disapproval and evading too much critical analysis. It’s a big orange balloon. Whatever you think of the Trump blimp, its ambition – as an object of art and protest both – to signal and embody a collective fury, a flippant ‘fuck you’, is nothing new. It’s operating on a tried and tested formula, attracting contempt and gleeful support in equal measure precisely because it hits a nerve. It was the most controversial of myriad protests scheduled across the UK during the President’s brief visit, which included a ‘FUCK TRUMP’ crop circle cut under his helicopter’s flight path and a drag queen march through London’s streets. What would stop similar interventions being termed performance art, or installation, in another context? 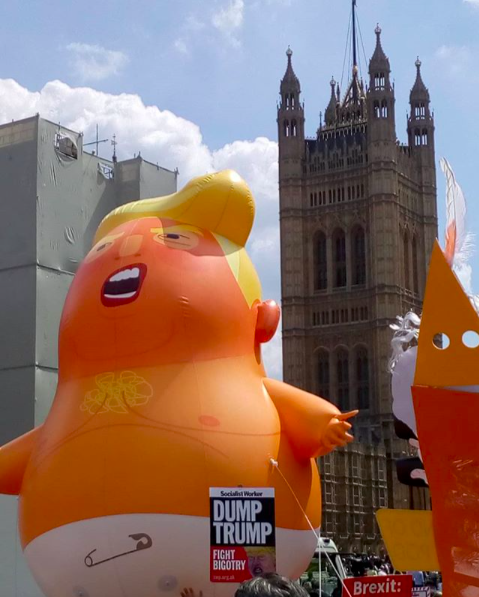 “Frankly speaking, the idea that we limit the rights to protest, we limit the rights to free speech because it may cause offence to a foreign leader is a very, very slippery slope,” said Khan on BBC Radio 4’s Today programme. Distinctions between free speech vs incendiary rhetoric are as slippery as those between art and protest. One man’s trash is another’s treasure; one man’s president is another’s pretender; one man’s blimp is another man’s likeness. As art, protest or both, Trump Baby joins the ranks of saints and villains we make in effigy, Guys on bonfires and Virgin Mary paraded through streets in Guatemala. After all, iconoclasm requires an icon to destroy. Guys are destined for bonfires, and — while this one was gently deflated rather than burned to ash – the gesture is the same. It is in the balloon’s removal that its story is complete. Now, if it were only so easy to be rid of the man who inspired it…