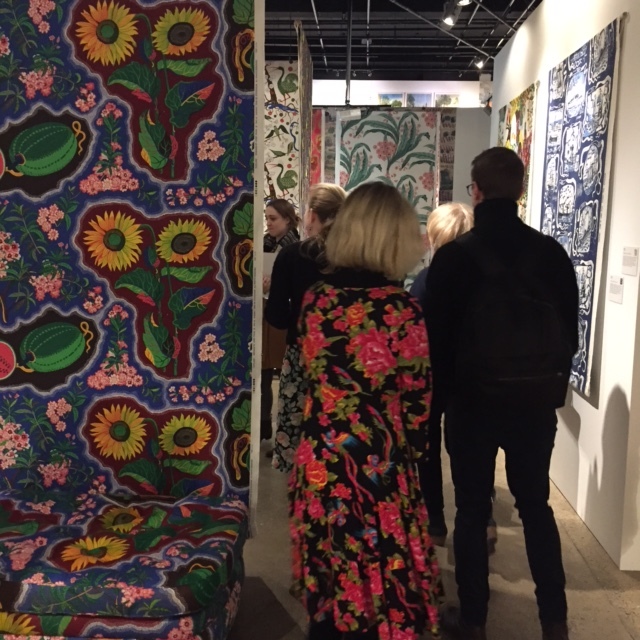 Could you imagine moving home, relocating to a new country and starting a new career just before you turned fifty?

Could you imagine moving home, relocating to a new country and starting a new career just before you turned fifty? By the end of the 1920s, Josef Frank had established an extremely successful architecture, interiors and design practice ‘Haus & Garten’ in Vienna; with the rise of Nazism during the 1930s, however, his situation became increasingly difficult. Encouraged by his Swedish wife Anna, he decided to move to Stockholm and accept a job with Svenskt Tenn, an interior design company recently founded by a young Estrid Ericson, in 1933. 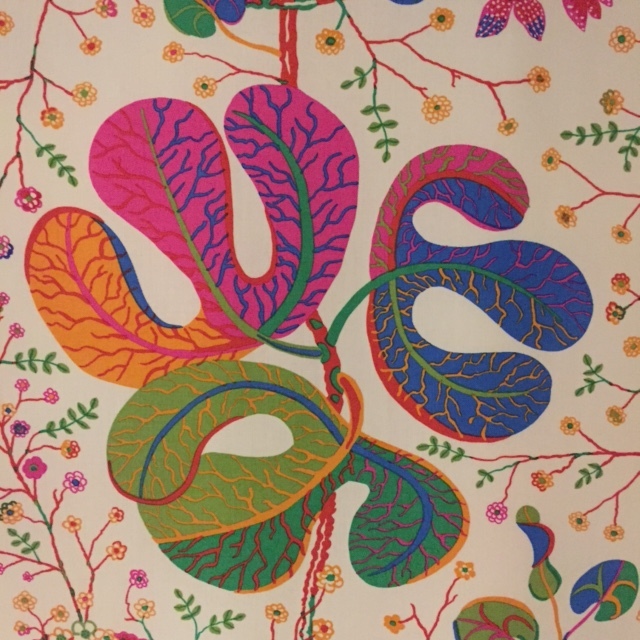 Drawing and painting the natural world was often the starting point for Josef Frank’s textile designs. He studied field manuals and botanical guides to learn more about flora and fauna, subjects which he often reimagined in vibrant colours and vivid abstract shapes. His work often recalls an earthly paradise with swirling vines and flowers and intensely coloured birds and butterflies. One of Josef Frank’s biggest advocates, Ericson pushed him to design entire rooms and pieces of furniture covered in his bold prints and textiles, which were exhibited at the World Fair in New York in 1939 and helped to define Swedish Modernism. 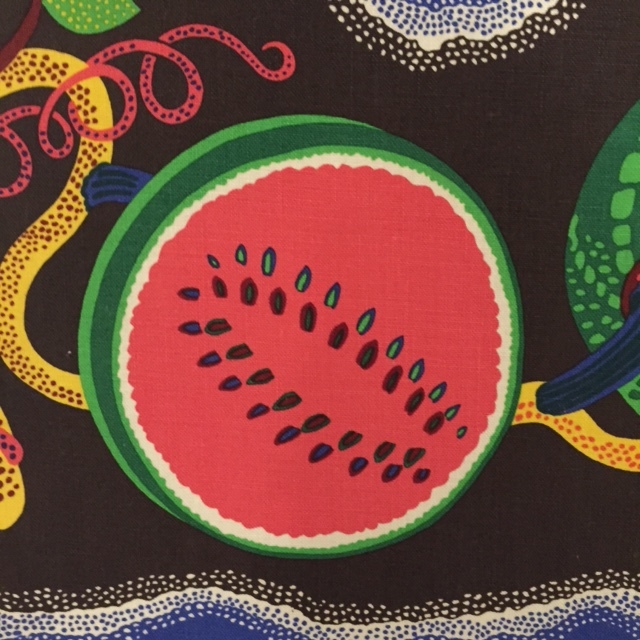 Frank made the agonizing decision to move again when Denmark and Norway were invaded in 1940, and he spent the duration of the war in New York. During this time, he produced a huge variety of striking, large-scale designs. In ‘Manhattan’, Frank reinvents the city’s iconic grid without the hard edges; rather, ‘the graphic grids and rectangles are enclosed by swirling ribbons,’ explains Dennis Nothdruft, curator at the Fashion and Textiles Museum where Frank’s work is currently on display. A visit to the Chinese room at the Metropolitan Museum of Art inspired Rox and Fix, wherein the silhouettes of Eastern mountains sit behind delicate fig trees, depicted at the same grand scale as their backdrop. Nothdruft feels that Frank produced his most radical work during this time in New York. Amidst wartime rationing, Frank conjured up Italian Dinner complete with squid, shrimp, olives and lemons, while Dixieland depicts the red clay soil, watermelon and sunflowers of the American South. Frank committed himself to portraying life and growth, even when he was surrounded by death and chaos. By the end of the war, he had amassed around 50 designs to send back to Svenstk Tenn. 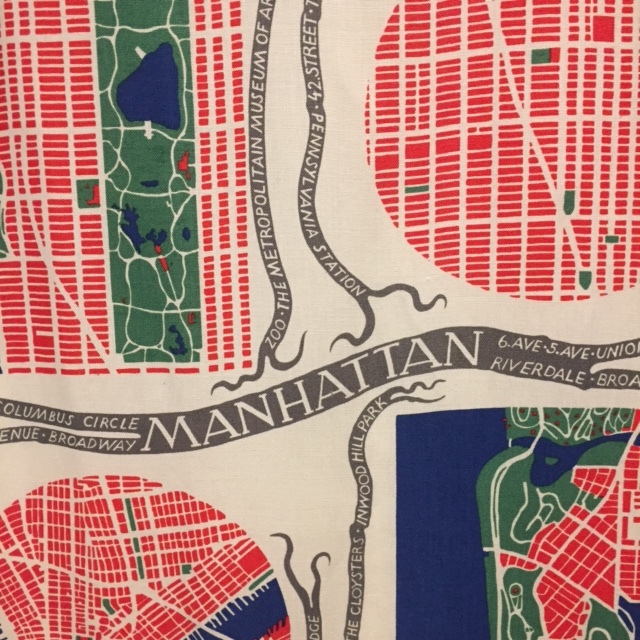 When Nothdruft showed fashion and textile designer Zandra Rhodes around Patterns-Furniture-Painting (she founded the museum and still lives upstairs) she remarked that it would be almost impossible to achieve Frank’s seamless patterns, called ‘repeats’, using a computer. Rhodes stressed that this level of detail is still only possible, almost 100 years later, when designing by hand.

Rhodes stressed that this level of detail is still only possible, almost 100 years later, when designing by hand. 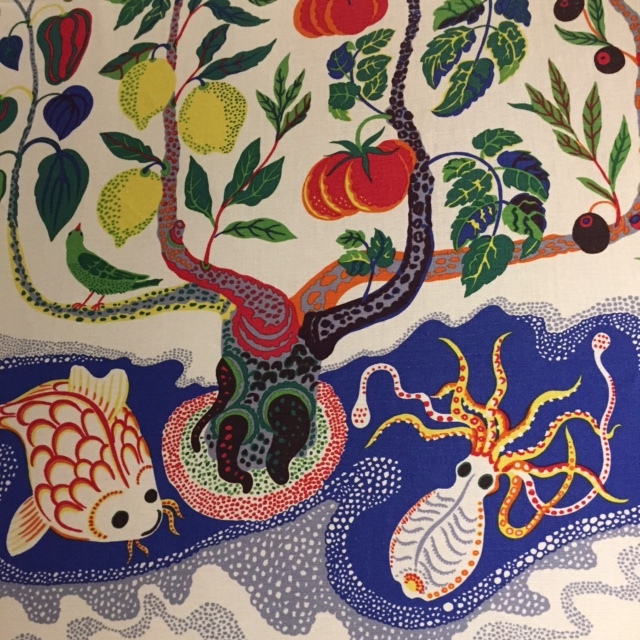 The exuberant flowers, birds, trees and butterflies which leap across Frank’s textiles don’t simply depict the natural world. They also allude to the Tree of Life, with nature at the centre of all things and referencing both spiritual and physical growth. During the war, Frank created US Tree, which depicts a leaf from almost every species of tree in America growing on one branch. Nothdruft considers US Tree to be something of a manifesto: ‘you can thrive even though you are different’, he explains. Just as he used images of abundance to counter the misery of World War Two, Frank proposes a vision of multiplicity amidst the social separation which accompanied it. 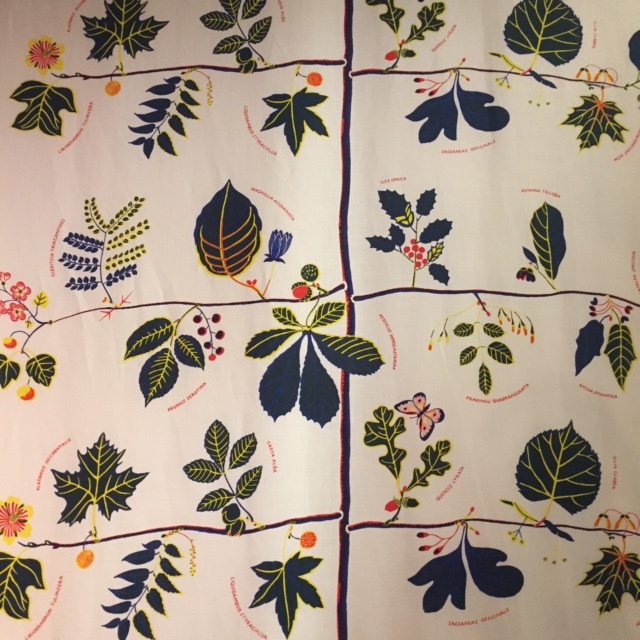 Having returned to Sweden after the war, and alongside Estrid Ericson, Frank continued to design some of Sweden’s most celebrated interiors including ‘Anne’s house’ at Millesgarden in Stockholm 1951, where he combined Svenskt Tenn textile designs and furniture. Frank had no problem with contemporary design next to vintage pieces. On the contrary, he coined the philosophy of ‘Accidentism’, explaining that if one puts together the things they love - old and new, local and souvenir - then the individual themselves becomes the unifying factor in creating what he called a ‘relaxing entity’. 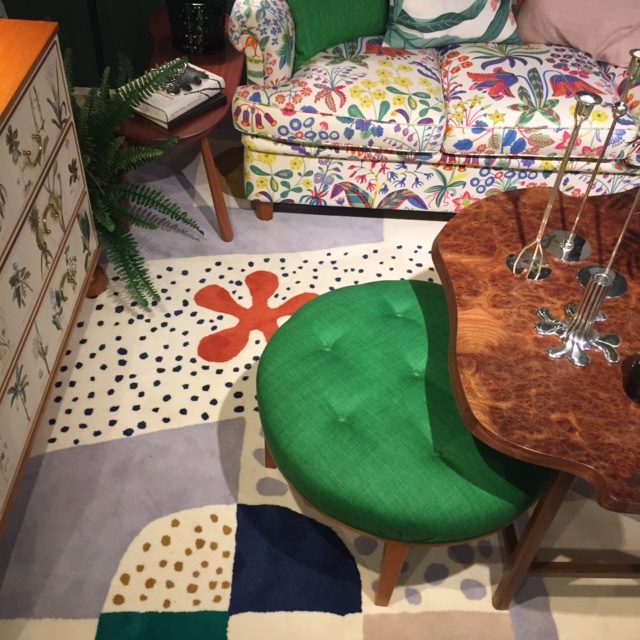 Approaching his seventieth birthday, Frank continued to be as prolific as ever. He travelled to London, the South of France and across Sweden to produce a portfolio of over 400 watercolours, some of which you can see at the Fashion and Textile Museum. Painted purely for pleasure, these watercolours depict favourite buildings, wooded landscapes and wonderful meals. These last works incorporate not only themes and variations from his iconic textile designs and memories from a life well lived, but all the joie de vivre and personality which characterised Frank’s incredible career. 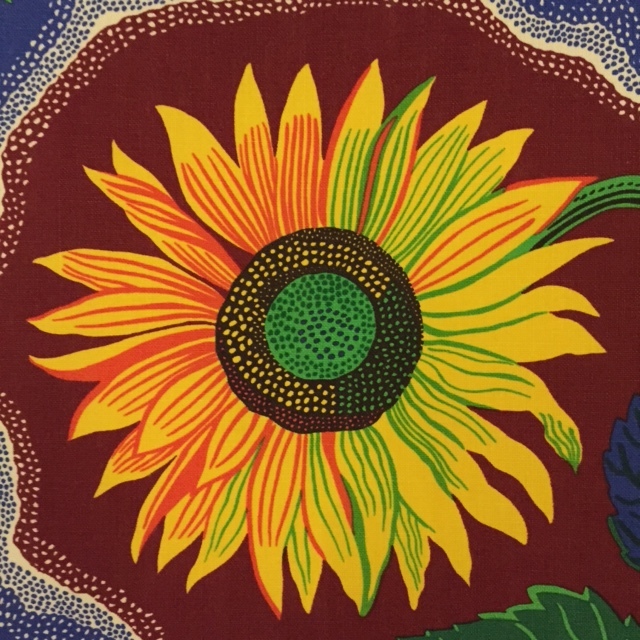