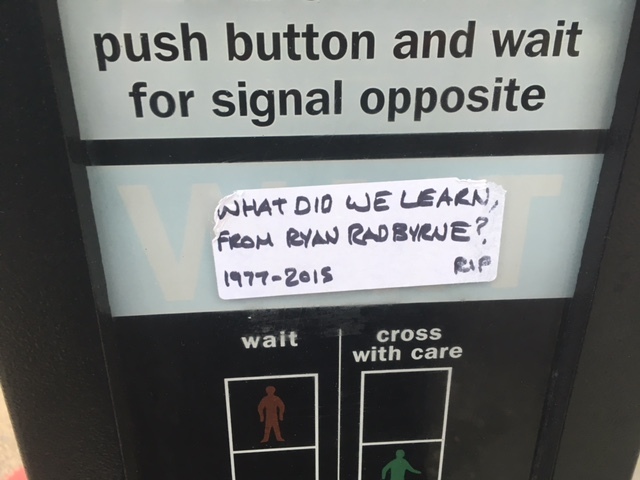 All we want is to make a mark. Some people satisfy this urge by commissioning embarrassing statues of themselves; others write novels, pursue careers, have children.

All we want is to make a mark. Some people satisfy this urge by commissioning embarrassing statues of themselves; others write novels, pursue careers, have children. But making – or consuming – art is aspirational, and yet it’s something we as a society are doing less and less. When the money or hope runs out, there’s one medium left for anyone who can hold a pen: graffiti. 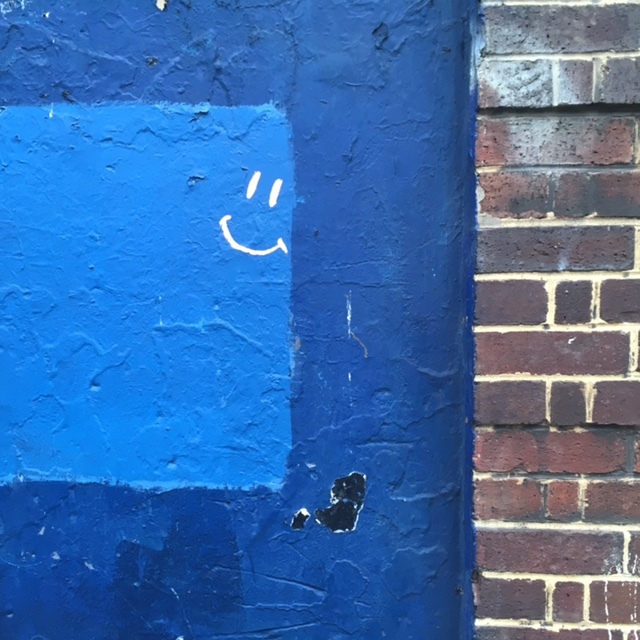 “People who are oppressed or suppressed need an outlet, so they write on walls—it's free", says Terrance Lindall, an artist and the executive director of the Williamsburg Art and Historic Centre. Everyone needs an outlet, but some have to fight harder than others to claim their space. Graffiti thrives in cities, and it’s been around as long as humans have built them. Pompeii is famously covered in scrawled drawings and writing, and graffiti’s subject matter hasn’t changed in the millennia since the town-covered-in-ash: ‘Satura was here on September 3rd’, ‘Serena hates Isadorus’ and ‘Secundus likes to screw boys’ are among the ancient offerings. Sex and anger are perennial themes, but underlying every entry is the maxim: I WAS HERE. I touched this place, and changed it. I did things here. I am alive. In places where thousands or millions of people live together, the potential to fall through the cracks is a very real threat. It’s easy to sink into a sea of people who don’t recognise each other, all hurrying to the supermarket or a meeting, but disappearing into a crowd doesn’t suit the human sensibility. Graffiti is always a rebellion, and an assertion of individuality. It crops up most frequently in settings where people feel disempowered and invisible: think of schools and prisons, battalions of soldiers sent across oceans who carved their names into the pyramids. We’re narcissists at heart, and we want to be heard – and remembered. This impulse has given rise to the most beautiful works of art in the world, to the best writing and the worst, too. We all have something to say, but when you don’t have a publisher, a patron or a gallerist to help you say it, writing your name in marker pen on a lamppost goes some way towards scratching the same itch. It’s when we feel least able to express ourselves that graffiti becomes the means to do so, a last resort. Books, paintings and sculptures require the luxury of time, and faith in some philosophy of aesthetics, to produce. Those are the things which build careers; a scribble on a bathroom door won’t help on that score, but it comes from the same deep impulse of self-expression. Sometimes all we have to say is that we are here at all. 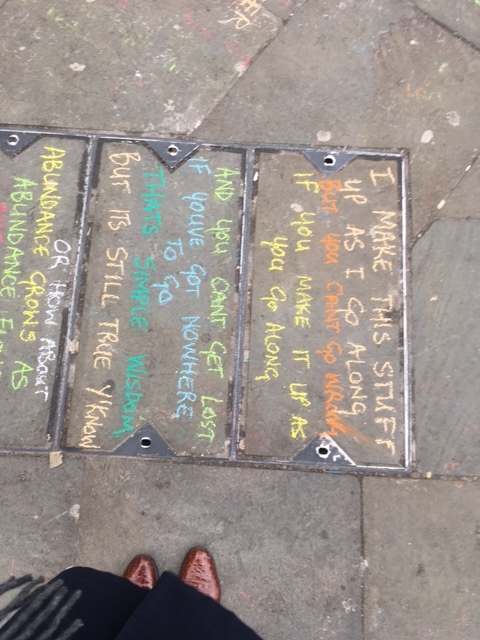 ‘Satura was here on September 3rd’, ‘Serena hates Isadorus’ and ‘Secundus likes to screw boys’ are among the ancient offerings.

After all, the most common form of graffiti we see in modern cities – if not the most photogenic – is the ‘tag’. It’s literally a signature without a work of art to ascribe it to. Some forms are more elaborate than others, using graphic colours and bold letters to convey a moniker. Tagging is, on one level, the combining of image and text; the word is the design, and vice versa. Speed is key, of course, because getting caught in the act could mean a conviction for vandalism or defacement, a hefty fine or even a prison sentence. Rather than a deterrent, the danger surely constitutes part of the anger that inspires these interventions – what do you mean that these walls I walk past every day aren’t mine to draw on? That these streets belong to Starbucks, Lloyds TSB and MacDonald’s, and not to me? Whether or not the writers themselves would identify it as such, it’s a Marxist impulse to rail against a state of affairs which puts ‘property over people’. It’s also an anarchistic one; as soon as you make money out of it, you’re doing it wrong. Think of Banksy, lauded as the palatable face of street art but operating on a plane completely divorced from its ethos. With millions of pounds at his disposal, and a team of people at his beck and call, many of his heavy-handed designs now sit behind Perspex. Arguably a victim of his own success, Banksy represents the establishment for many graffiti artists who consider their medium to be a direct challenge to just that. I’d posit, though, that ‘writers’ and writers, graffiti artists and artists, have more in common than they think they do. The only difference is whether you’re on the inside of the cultural conversation looking out, or on the outside looking in. More contemporary forms of graffiti, made of moss or wool and born of a new kind of social conscience, have appropriated the movement without realising that an aspiration to improve our environment is the last thing on graffiti’s agenda. I’m not talking about brightly coloured community murals sprawling across the walls of shared green spaces, or pithy little slogans applied with all the nous of a slick PR machine; rather, a spiky little name scratched on a bus window. 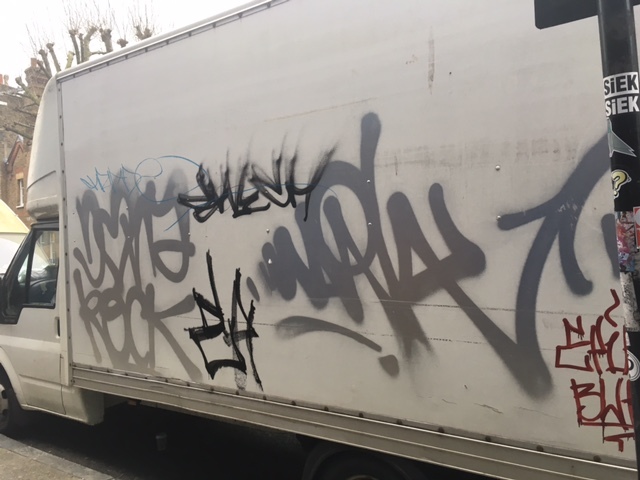 When an established artist exercises their creativity and follows their desire to think, make, show, we take them very seriously – and I’m not saying we shouldn’t. But, at the other end of the spectrum, exclusion breeds anger. If a picture paints a thousand words, then a Picasso is a thesis, and a tag is the visual equivalent of an oi! While a signature applied by the right person’s hand can imbue a work with a value of millions, signatures from the ‘wrong’ hands make a wall a crime scene. There’s a satisfaction in looking up from the bottom rung of any power structure, and metaphorically pissing at its foot. The demographic which makes up most graffiti taggers, according to statistics from 2016, are young men. They’re also the group that society is failing the most spectacularly – at least, they’ve fallen furthest in recent times. They’re more likely than young women to be unemployed; they perform the worst at school; their wages are plummeting. It’s only from the lofty heights of high art and culture that the sincere belief in changing things for the better seems realistic or worthwhile. When you’re at your lowest ebb, a name is all you have. Fuck your big ideas.

There’s a satisfaction in looking up from the bottom rung of any power structure, and metaphorically pissing at its foot. 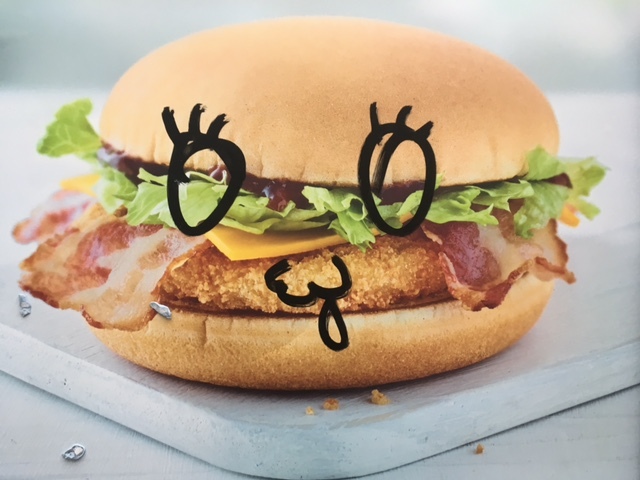