Electronic: From Kraftwerk to The Chemical Brothers

Electronic music is the seemingly endless, nauseating and hypnotic trance beat pulsing on a Goan beach, while a wild Russian expat staggers among half a dozen stray dogs in the moonlight. It’s sounding cool at house parties, ‘have you heard X’s latest album?’, ‘so sick’, etc. Nowadays, for me at least, it’s one of two things: music to relax and concentrate to — glitchy hip hop that orders but doesn’t interfere with my thoughts — or it’s high concept IDM (Intellectual Dance Music) which tests my ears and imagination. James Ferraro’s Four Pieces for Mirai — an ‘allegory of technological plague, suburban decay, neo-feudalism, hyper connectivity, social famine and virtual exodus’ (according to Ferraro’s Bandcamp page) — is as good an example as any.

But really, electronic music has as much endless potential as electricity itself. 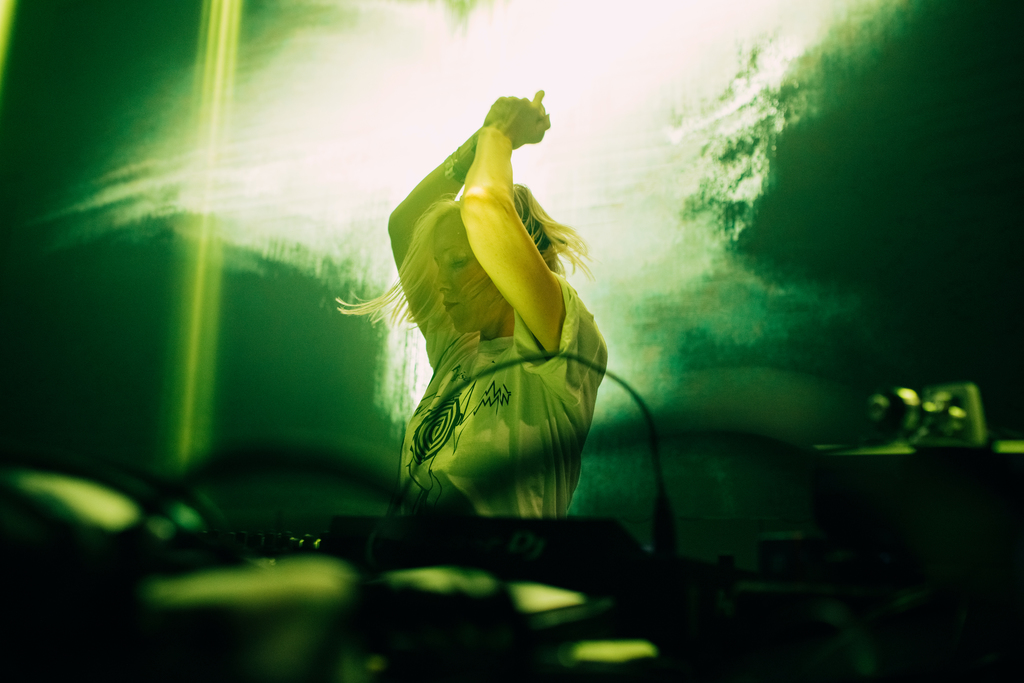 "at around 130 BPM i.e. your heart rate during moderate exercise (dancing, say) this music is, without a doubt, invigorating"

Electronic: From Kraftwerk to The Chemical Brothers at The Design Museum is a reminder that electronic music has meant lots of different things to people across many different epochs. It’s also a reminder that as much as I might look to electronic music for relaxing or exercising my brain, there really is nothing like experiencing it in the body: a genre-spanning soundtrack by French DJ and producer Laurent Garnier hammers through the exhibition. As I stop to diligently read the wall texts and look at the record sleeves, space-age costumes and instruments spread throughout the rooms, I find myself subconsciously tapping my foot and moving my legs. There’s nothing quite like music that grabs you, despite yourself. And at around 130 BPM i.e. your heart rate during moderate exercise (dancing, say) this music is, without a doubt, invigorating. 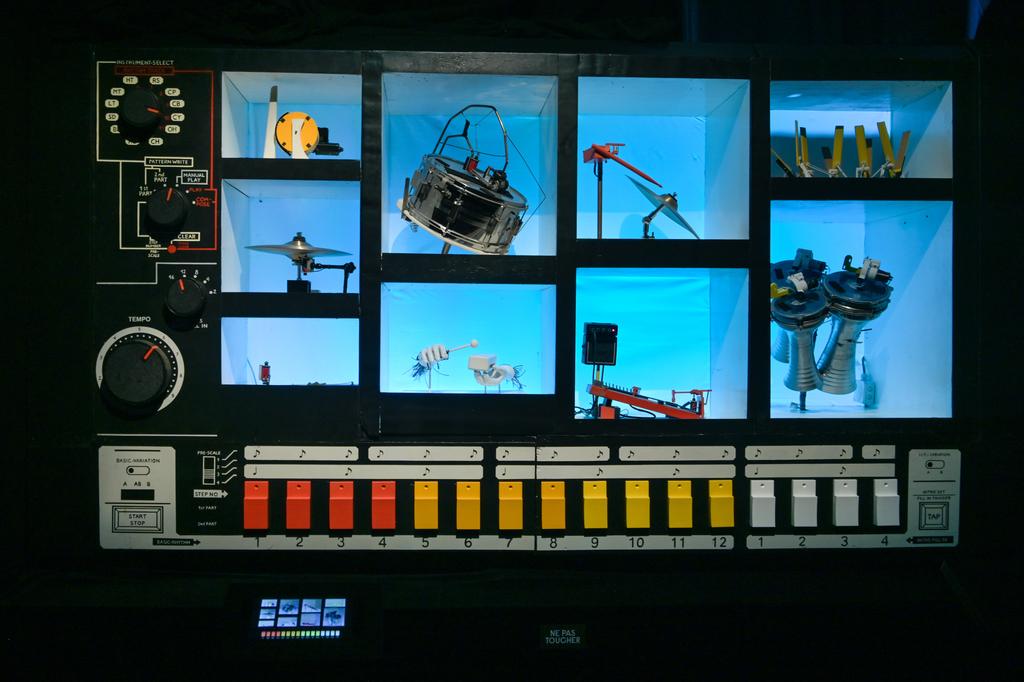 The exhibition begins with a Cabinet-of-Curiosities vibe, boasting such curios as the theremin, a 1920s electronic instrument played by moving your hand between (but not touching) two metal antennas. You could imagine the eerie warbling sound it produces accompanying the arrival of a UFO dangled on a string in an old film. Patented the same year as the theremin (1928) was the ‘ondes Martenot’ (‘Martenot waves’). Originally inspired by the accidental overlaps of tones between military radio oscillators, Radiohead’s Johnny Greenwood has been bringing the ondes to a larger modern audience since Kid A (2000). 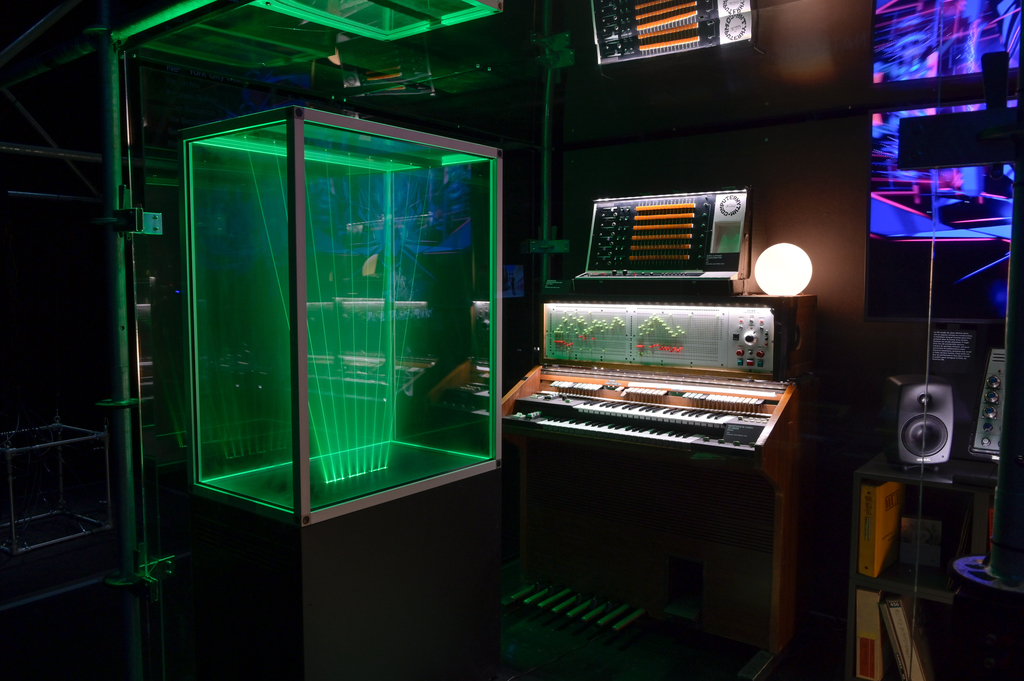 We’re afforded a few oh yeah!s, a few Brian Eno, yep heard of hims, as we make our way down a timeline that helpfully situates us: from Sun Ra, Tangerine Dream and Brian Eno in the 1970s; synth pop reaching its commercial peak in the UK in the early 80s; right through to a pivotal point in recent electronic music history — the release of Ableton Live in 2001. Software like this, which allows musicians to compose from their bedrooms as well as offering a suite of turntablist controls to play their music live, meant that more and more people could make and perform electronic music. With the rise of the internet, there were new contexts in which to find listeners, too. 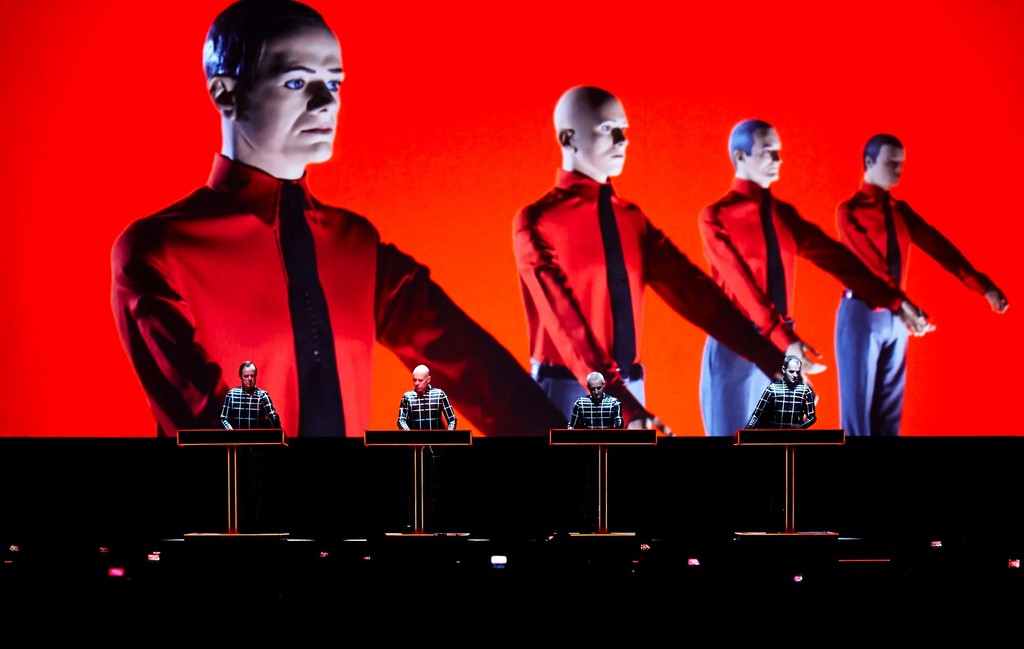 From this wide-angle view to a narrower focus on Detroit, the birthplace of techno; Chicago, the original home of house, and New York, which brought us disco. With a light hand, there’s just enough gesturing towards knotty politics to spark further research: I hadn’t considered, for instance, how disco enabled female, black and Latin artists to take the floor and express their identities in a musical subculture for the first time in history. Nor had I considered how, with disco, the dancefloor became a site for everyone en masse, as opposed to being predominantly restricted to (straight) couples. It’s notable, in the case of the 1969 Stonewall riots, which sparked the gay liberation movement in the United States, that the police were raiding a Mafia-owned gay bar known for its dancing. Thus, music was undoubtedly part of the fight, and what we recognise today as ‘nightclubs’ and ‘EDM’ arguably have their roots in queer struggle. 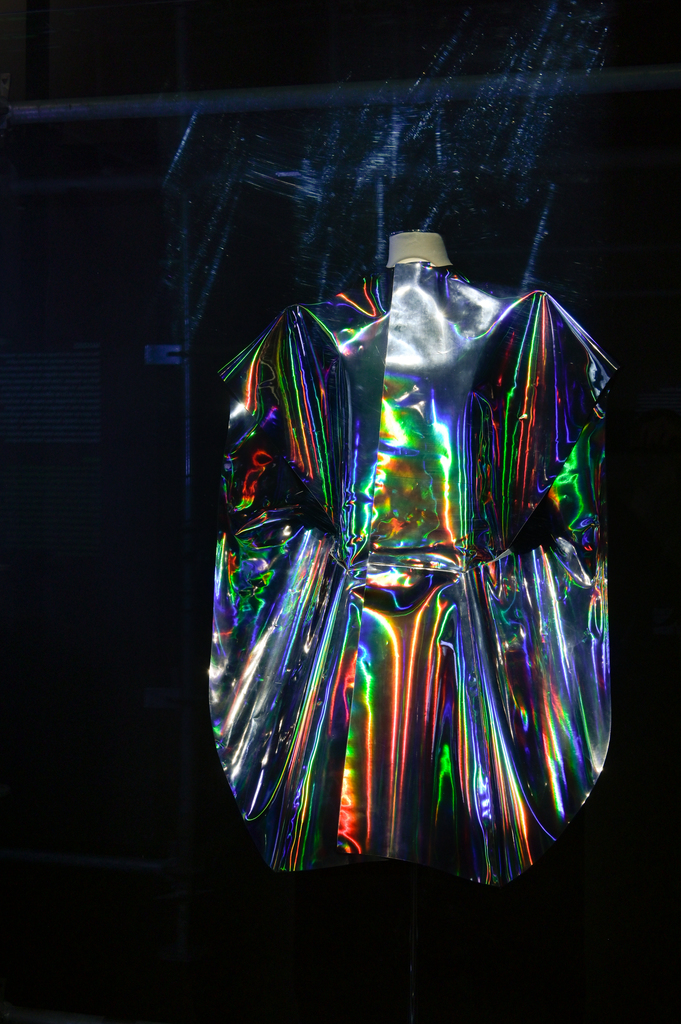 Thus, music was undoubtedly part of the fight, and what we recognise today as ‘nightclubs’ and ‘EDM’ arguably have their roots in queer struggle

Disco helped pave the way for techno in a Detroit hard hit by the collapse of the automobile industry in the 1980s. The techno movement unfolded against a backdrop of de-industrialisation and suburbanisation, which resulted in an impoverished inner-city, abandoned buildings and social tension. But, in contrast to hip hop, it wasn’t those hardest hit by the economic downturn — subaltern, working-class African American communities — who were techno’s intended audiences, and nor was this the social background of its protagonists. Rather, as Sean Albiez notes, early Detroit techno has to be considered ‘part of a black middle-class subculture’; though the artists themselves emphasised a cultural vision to which identity politics were not too important. 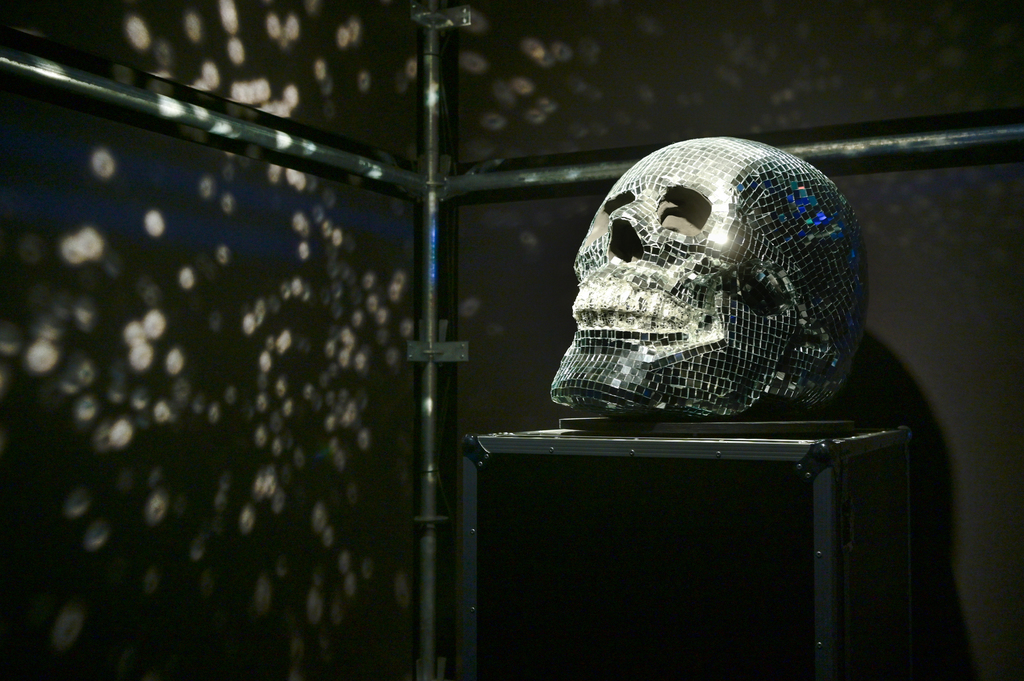 Juan Atkins a.k.a. Model 500, one of the original pioneers of Detroit techno, says, ‘I hate that things have to be separated and dissected [by race]… to me it shouldn’t be white or black music, it should be just music’. Perhaps, then, I should respectfully pause my amateur revisionist history of Detroit techno and get back to the exhibition. But, having considered (naively) until now that techno was a white European movement marked by hedonism, I find my mind being blown in a 4am kind of way, rather than a 9am kind of way: music is a space in which identities are formed and futures envisioned. Physical space, in turn, might be said to shape the aesthetics of the music. For instance, could Detroit techno’s ‘progressive desire to move beyond essentialised “blackness”’ (Sean Albiez again) and its gleaming sci-fi aesthetic have had something to do with the rise of robotics and the massive loss of jobs in the city’s factories?

"Electronic music — often associated with robots, aliens, and anonymous people hiding behind masks — is here given a face" 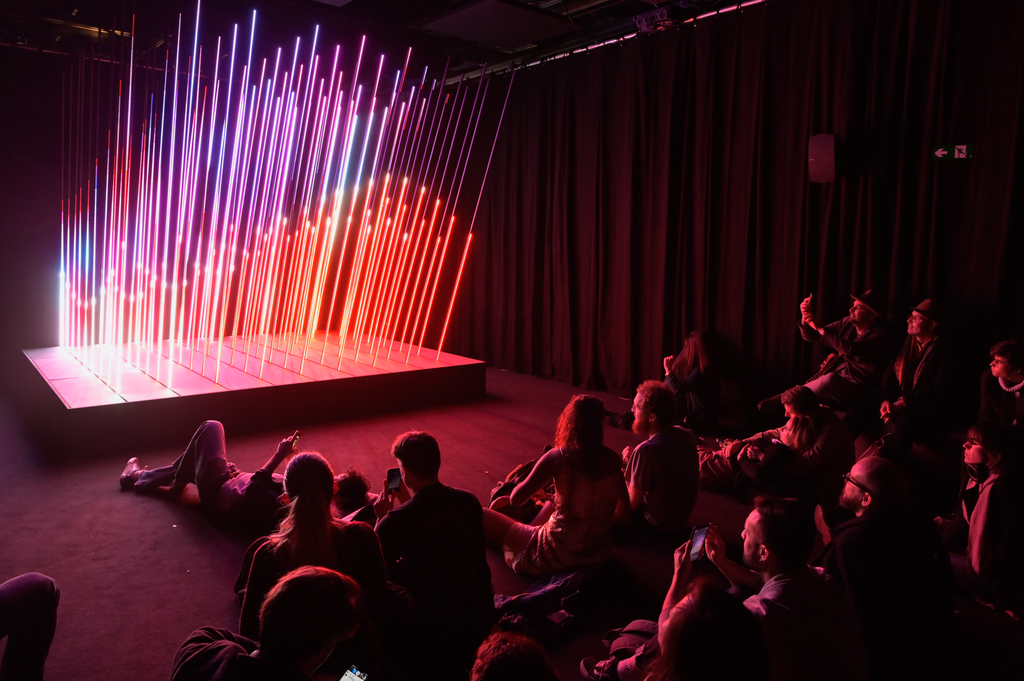 Electronic might prompt these kinds of thoughts, but it doesn’t push them. Elaborate costumes, masks, flyers and photographs are duly displayed with piety. Conspicuous by their absence are the small matter of party drugs — it seems especially strange to walk through a section on the UK’s ‘Second Summer of Love’ (the rise of acid house, warehouse parties and illicit raves in the late 80s) without mention of ecstasy or MDMA. There’s surely no way that acid house would have taken off without the rising use of amphetamines occurring alongside it. Is there? 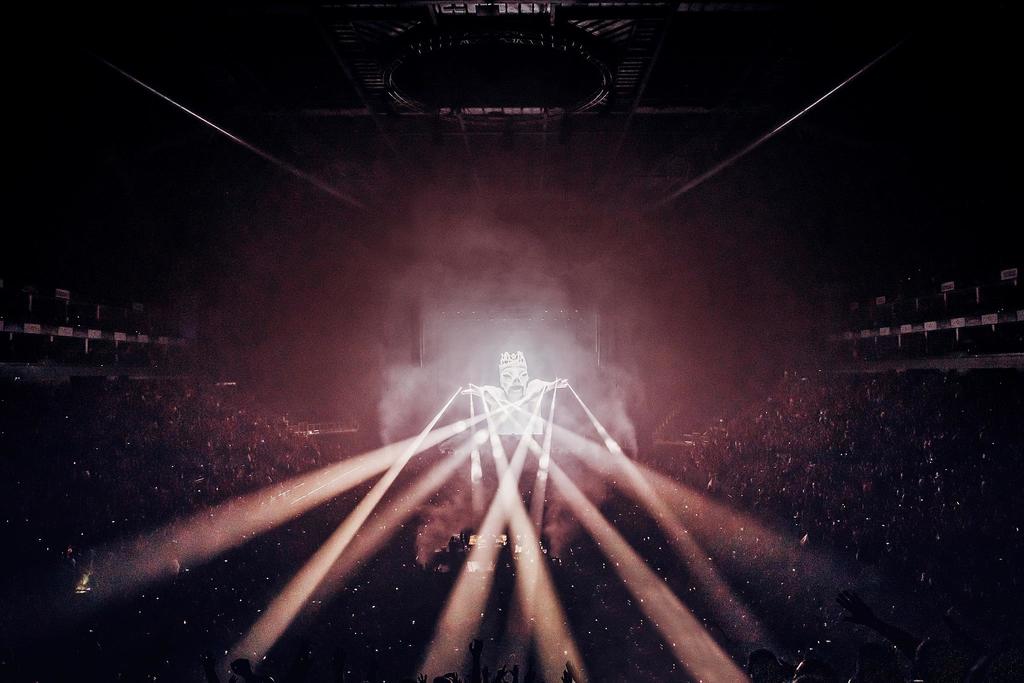 Curator Jean-Yves Leloup’s decision to shy away from drugs and gesture obliquely and casually towards politics is perhaps a strength rather than a weakness, part of what makes Electronic feel warm and human. Electronic music — often associated with robots, aliens, and anonymous people hiding behind masks — is here given a face. Beyond reckless hedonism and illicit lockdown raves — which I suspect many people might be thinking of when they hear the phrase ‘electronic music’ at the moment — this exhibition foregrounds communal experience, the unwavering ability of music to bring people together. 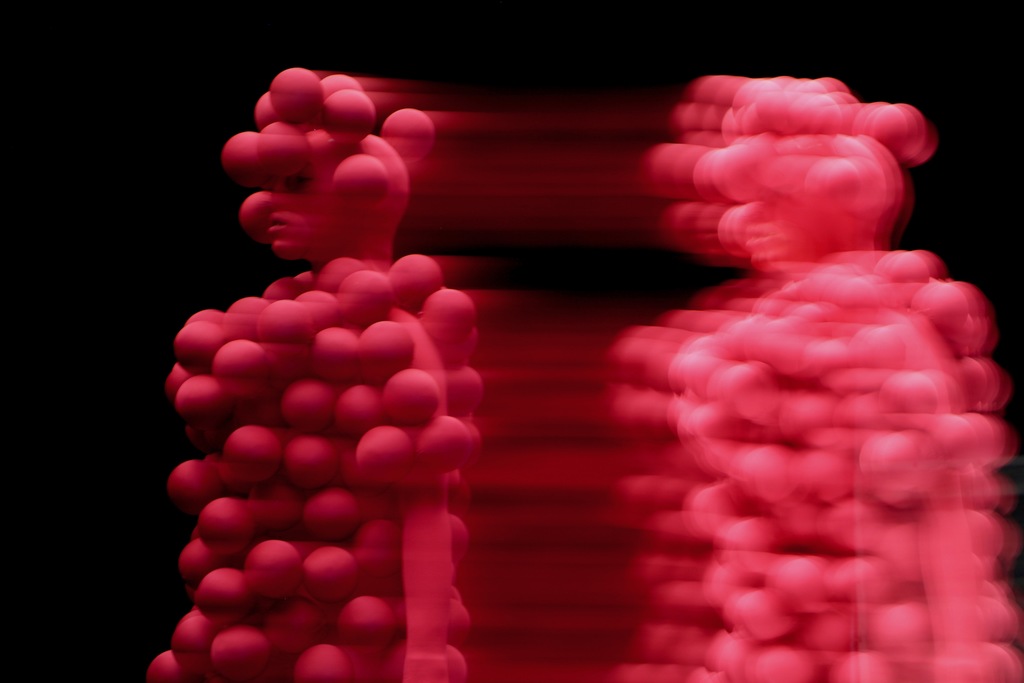 The Chemical Brothers 'Got to Keep On'. Photo by Tony Pletts

The exhibition’s final room is filled with smoke and lights and a screen showing the stage visuals for the Chemical Brothers’ ‘Got to Keep On’. Models head-to-toe in pink foam spikes, folds and tubes sashay to the beat. Maybe it’s the strobe lights lulling me into a trance, or a madeleine moment with the dry ice, but these pink figures seem to beckon me into a world adjacent to this one. One in which a crowd of people are dancing the night away.