Naked bodies lie blindfolded on tables. Nearby, knives, sponges, slaughtered animals, eggs and entrails are also heaped in absurd buffet displays. People crowd close and touch the offerings — first softly, warily, then with increased boldness. A man pours blood over a slab of meat from shoulder height and it splatters and pools over the crisp white tablecloth like paint on a canvas, or like murder. A man walks a runway naked, covered in white paint and bleeding from two cannulas inserted in each arm’s elbow crease. Blood spatters, pools. A woman pulls a scroll of paper from her vagina. Another woman stands impassive, as a man works her finger around the trigger of a loaded gun, held to her head.

Performance art has always been a bit of a problem. Not only because the work of practitioners such as Hermann Nitsch, Franko B, Carolee Schneemann and Marina Abromović has often tended towards the violent, messy and anarchic – the live body offering up a smorgasbord of possibilities for taking art to its bloody, slimy extremes – but also because it is innately temporary. And, as an artform of impermanence, live art is resistant to collection and monetization. Which, for institutions, makes it a problem.

It sounds like a philosophical thought experiment. If a happening occurs and no one captures it, is it art? What if no one is told it is a performance, or if no one sees it? What if it is never, and can never be sold?

"a smorgasbord of possibilities for taking art to its bloody, slimy extremes" 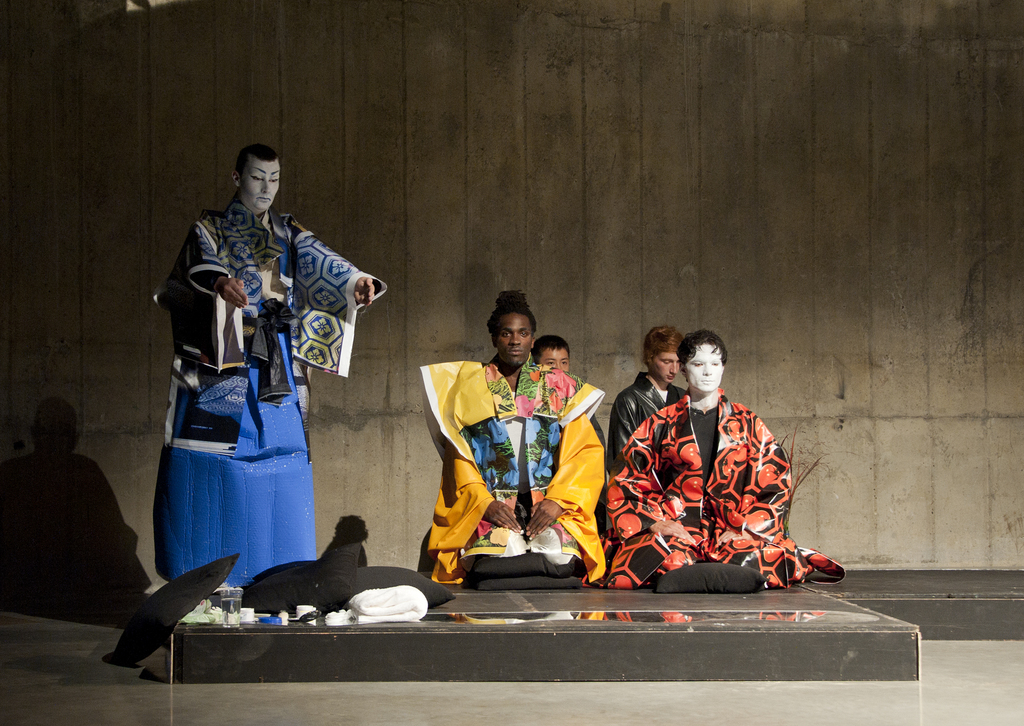 Anthea Hamilton Kabuki 2012 Performed as part of Art In Action, The Tanks

Of course, to some extent these questions are immaterial, defunct. How could I namecheck the artists above, or describe a handful of their live actions, if writers, photographers, curators and spectators hadn’t always found ways to immortalise the performances, transforming them from temporary happenings to fixed art historical incidents? Indeed, it feels outdated to even pose performance art as a problem, when so many of its major players are now icons, household names, celebrities. Marina Abromović has collaborated with Lady Gaga for god’s sake. Yet, this hasn’t always been the case. Far from it. If it now feels outdated to think of performance art as a uniquely problematic art form — to think of its practitioners as underground, outsider artists rather than contemporary art’s central protagonists — that is largely due to a shift in institutional engagement, in attention.

A new free display in Whitechapel Gallery attempts to grapple with this change of attitude and perspective, ‘highlighting key moments that raised this cultural practice from underground and marginalised to an acknowledged art form.’ The space it is held in is small, and so is its focus: it lasers in on London in the two decades either side of the millennium, and looks at just a handful of institutions. Out of the Margins maps the live scene through various initiatives and interventions staged by Gasworks, Matt’s Gallery, The Roberts Institute of Art, the Live Art Development Agency (LADA), the Institute of Contemporary Arts (ICA), and Whitechapel Gallery itself. It is largely thanks to these institutions, the display suggests, that performance art assumed its place in the public realm — a move from the margins to the centre, which culminated in the 2012 opening of a permanent space for live art, performances, film and video work in a major UK gallery: The Tanks at Tate Modern. 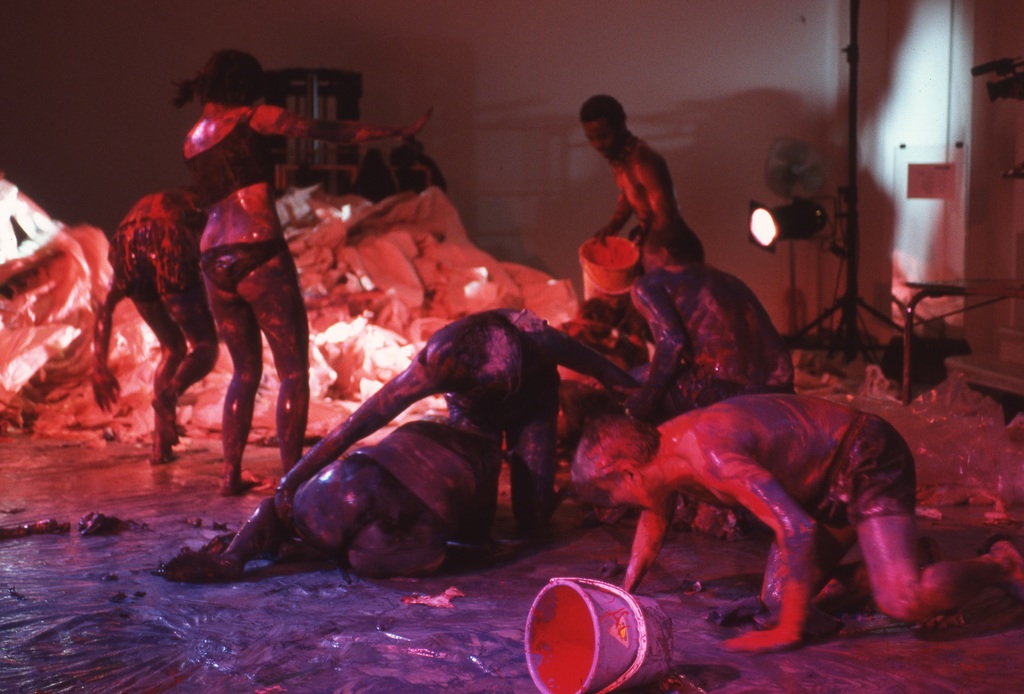 One initiative in particular is the star of the show: the milestone series A Short History of Performance (I, II, III, IV) which was held at Whitechapel Gallery between 2002 and 2006. The series found a solution to ‘the performance problem’ that was at once clever and straightforward. Simply re-stage performances. ‘Part One’ was presented over six days, in April 2002, and (re)presented live works by Carole Schneemann, Stuart Brisley, Bernsteins, the Kipper Kids, Hermann Nitsch, Bruce McLean, and Jannis Kounellis. 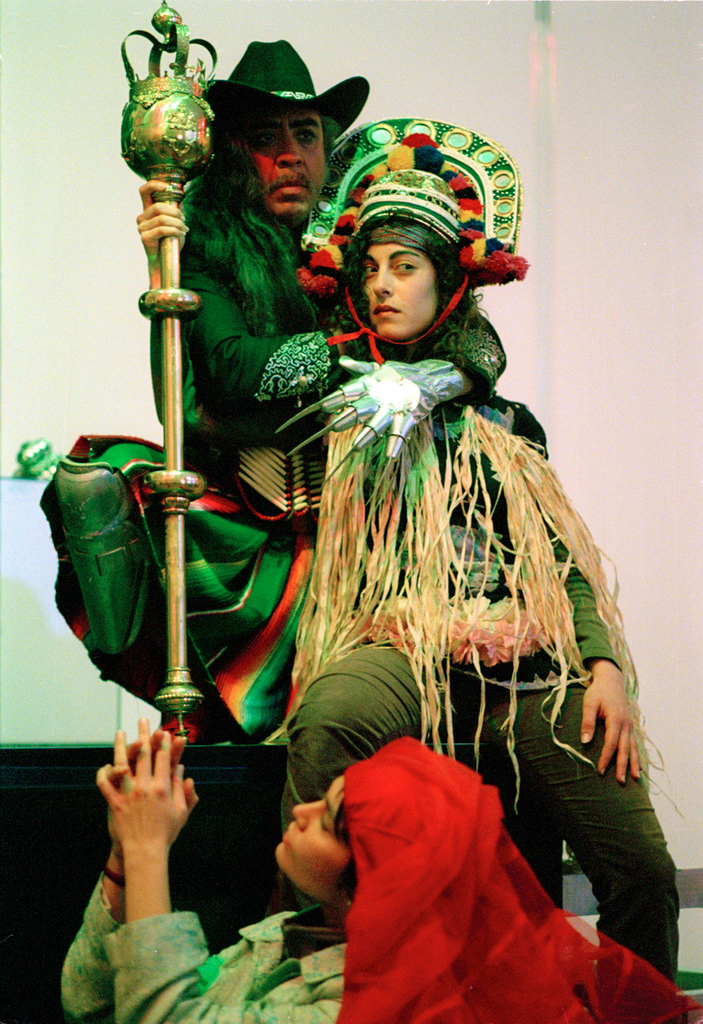 Nearly 40 years after its first ‘happening’, raw meat and mackerel were slapped across naked skin, chicken giblets were tossed in the air, and carcasses were torn apart in a stinky Bacchanal revival of Carole Schneemann’s Meat Joy. On another evening, meat and fish and naked bodies were prodded and played with once again, as part of Hermann Nitsch’s Orgies Mysteries; a video of the event in the current Whitechapel display shows white-coat assistants using their bare hands to pulverise raw meat with blood and wine. Not all the works were quite so messy and excessive however — the Bernsteins’ piece, was first performed in 1972 and titled Death to Grumpy Grandads, involved the performers laughing for one hour, timed by an alarm clock. More than anything, perhaps, the six day project that bloomed into a four year, four part series was its own durational piece. What a spectacle. What a neat way to get around the challenge of capturing live performances, and — with queues for the events stretching down Whitechapel Street — a sure sign that the status of live art had indelibly shifted over its short lifetime, from an artform beyond the pale to one bestowed with professional acclaim, academic study, and fandom.

"raw meat and mackerel were slapped across naked skin"

And yet, the course of art history never runs that smooth. A 2002 Artforum article on the ‘A Short History’ pointed out the project 'drew criticism for betraying the performances' "liveness" and their "original" character for nostalgic, commercial, and promotional ends.” Certainly, after attending the mackerel-slapping restaging of Meat Joy, Guardian art critic Jonathan Jones declared 'theft can be creative; repetition never is.' In his view, re-enactments of the kind Whitechapel Gallery produced could only be 'a confession of creativity's absence, an acknowledgement of the superiority of the past.' Instead of neatly solving the performance problem, then, perhaps what the Whitechapel series did is open up a whole new can of worms. Like Schneemann flinging fish at a prostate hoard of volunteers, ‘A Short History’ seemingly let loose the interlocking problems of originality, nostalgia and memory — all of which add up to the problem of history. 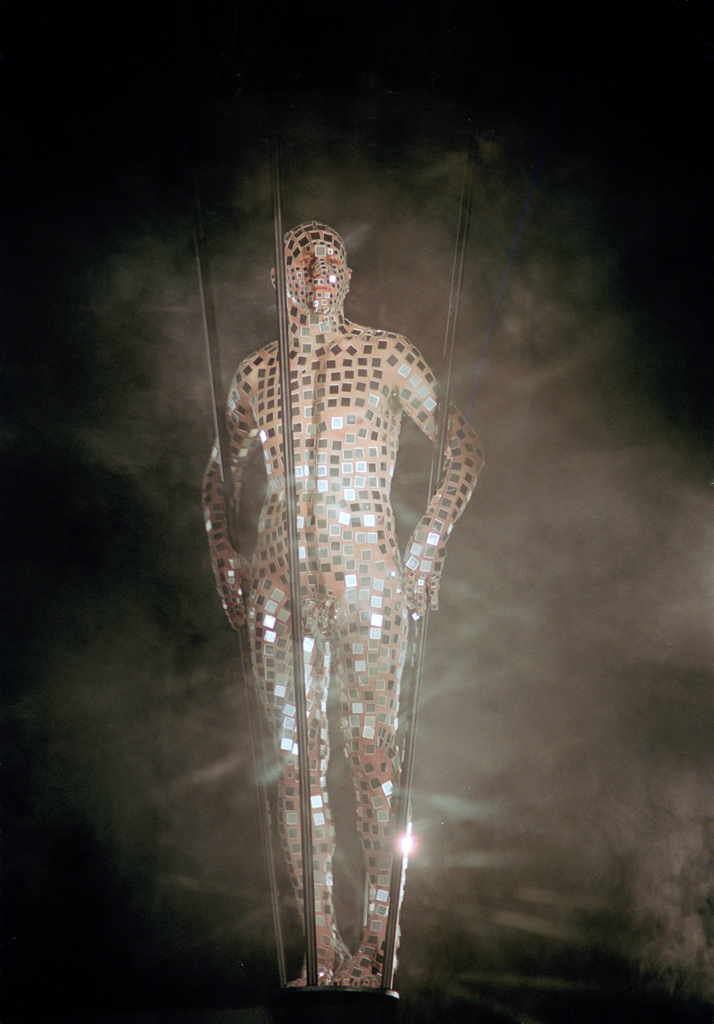 ‘A Short History’ may have ‘repackaged’ some significant, iconic performances, but in doing
so it also created something new — a series that delved into the crucial interplay between performance and memory, messing about in the entrails of history and mythmaking. From the vantage point of the twenty-first century, Meat Joy is as central to the iconography of the 1960s as Damien Hirst’s formaldehyde tiger shark and Tracey Emin’s messy bed are to the 90s. Yet, it is also a mythic event. And, like all myths, it exceeds its specific time and location. It must be rearticulated and reassessed as time passes; must be remade for successive generations; seen in the light of today. Is this constant process of re-appraisal and remembering'a confession of creativity's absence,; as Jonathan Jones put it, or, alternatively, is it creative work in and of itself? Is it a sign of “the superiority of the past,” or is it the most truthful, indeed the only attitude to history possible – an acknowledgement that our understanding of the past is based on repetition and acts of curation? 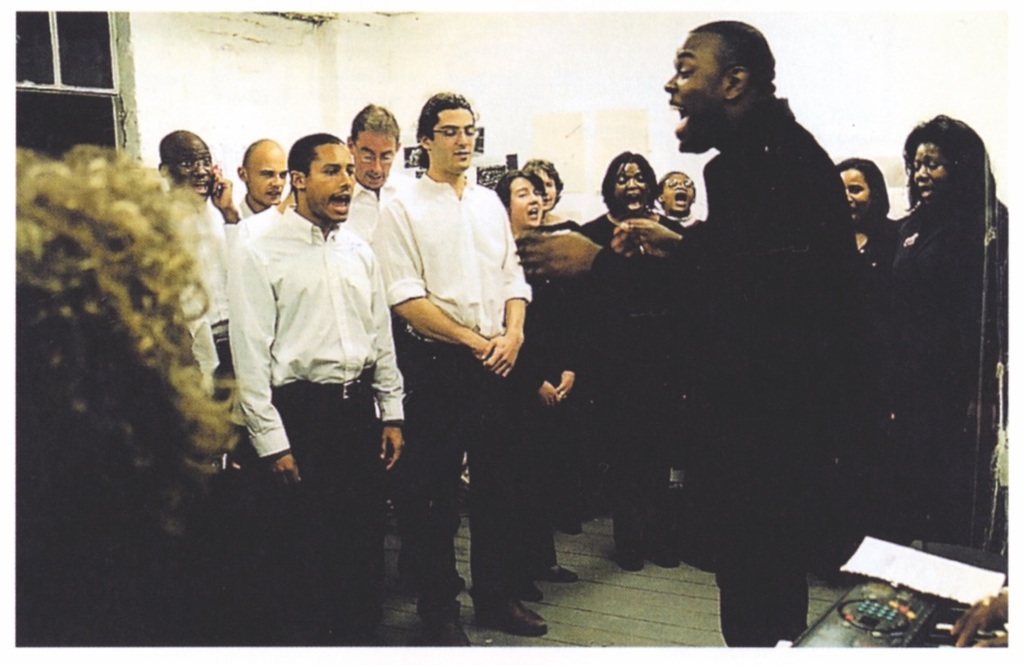 To valorize and reify a ‘first" or ‘original’ performance as the ‘real deal’ is to miss live art’s most radical tenet: its resistance to reproduction. Live acts can be photographed, filmed, written about, or restaged, but can never be repeated, exactly reproduced. You can’t jump in the same river twice. The afterlife of a performance — its place in history — must be produced performatively, through an accumulation of memory, material artefacts, and other live actions. Whether it's on the margins or at the centre, in the Sixties, the Noughties or now — whether it’s throwing meat at people or throwing blood at meat, or putting an ostensibly simple shopping list in a vitrine that, on closer inspection, reads “1 sheep (slaughtered or skinned) or 1 young pig / 50l blood, fresh, steared or mixed with antifibrin / 30 eggs (chicken) … 20 brains (beef – if not available, calf or discuss alternative)” — live art only exists through repeated attempts to capture it. And yet, it will also, always exceed and elude them.