A City Of Suffragettes

2018 marks 100 years since the first women in the UK secured the right to vote after the tireless campaign led by Suffragist Millicent Fawcett and many other suffragist and suffragette campaigners. To mark the centenary, a statue of Fawcett (including images of 59 other activists around its base) by Turner prize-winning artist Gillian Wearing will be unveiled in London’s Parliament Square — the first statue of or by a woman to stand in the historic plaza.

2018 marks 100 years since the first women in the UK secured the right to vote after the tireless campaign led by Suffragist Millicent Fawcett and many other suffragist and suffragette campaigners. 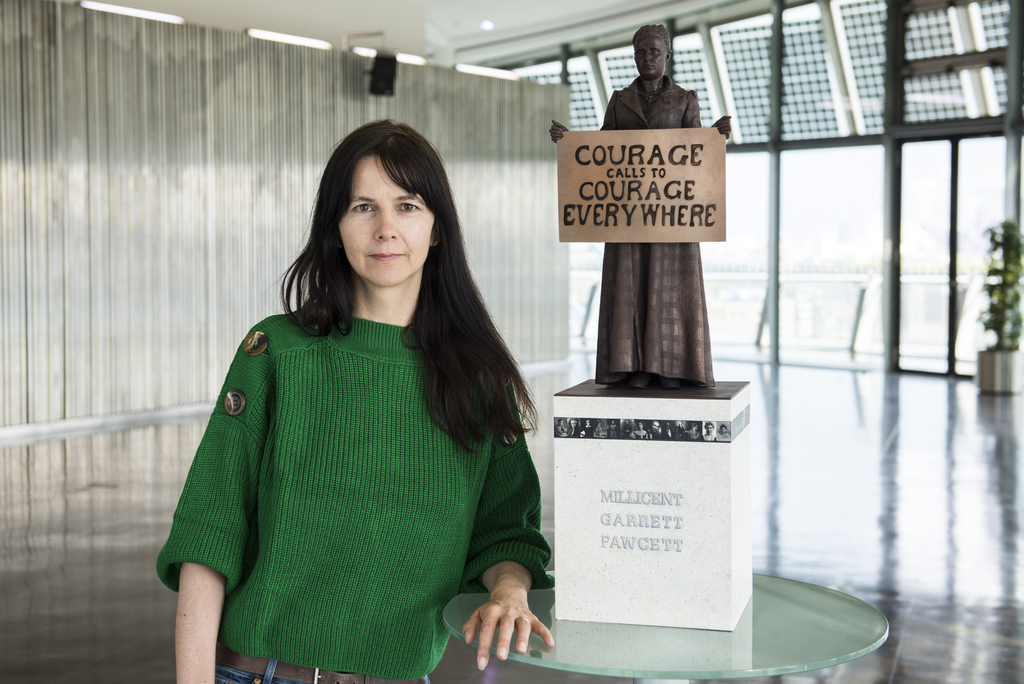 Gillian Wearing with a model of Millicent Fawcett, the statue to stand in Parliament Square from April 24th 2018

Gillian Wearing was announced as the recipient of the commission in April 2017, following a campaign by Caroline Criado Perez which saw nearly 85,000 signatures applied to an online petition calling for a statue of a woman to be erected in the square. The sculpture sees the Suffragist leader brandishing a placard, proclaiming ‘Courage calls to courage everywhere.’ The words are Fawcett’s own, lifted by the artist from a letter the campaigner wrote after the infamous death of Suffragette Emily Davison at the 1913 Epsom Derby.

Wearing has collaborated with publisher Plinth, the Mayor of London and designer Bella Freud to produce a range of merchandise inspired by Fawcett’s message, to celebrate the progress made by women since 1918, and to foreground the ongoing fight for women’s rights. Part of the proceeds from sales will be donated to the Fawcett Society, who still campaign for gender equality to this day since their founding more than 150 years ago. 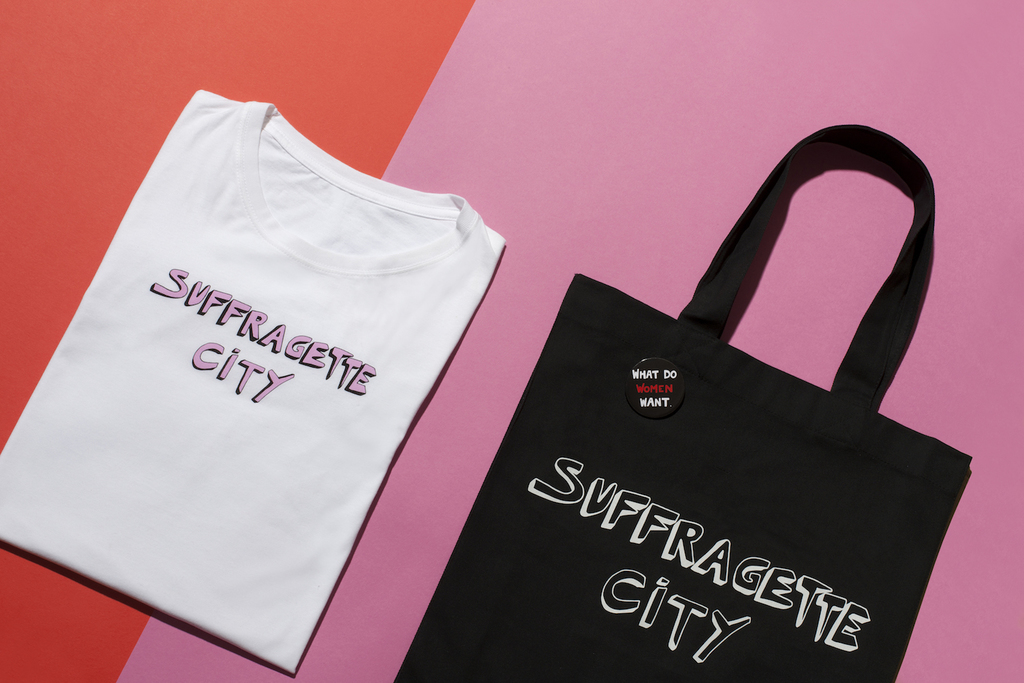 The new range will celebrate Millicent Fawcett and all the Suffragists and Suffragettes who worked alongside her. Since the fight for Women’s rights began, and to this day, women have made signs, clothes and banners and marched in protest – recently at the global Women’s March in 2017. Suffragists often wore brooches and rosettes in Green, White and Red (for Give Women Rights!) to display their political allegiance. Frequently without direct access to, or influence on, traditional methods of spreading a message in a world where the media was still controlled by men, they used their bodies: in fact, Wearing’s statue incorporates a bronze cast of one of Fawcett’s own brooches.

This sartorial history is at the heart of Bella Freud’s collaboration with Wearing, which includes a t-shirt and tote bag (both emblazoned with SUFFRAGETTE CITY and WOMEN in Freud’s trademark graphic style). The tote bag includes a badge inscribed with the words of the designer’s great-grandfather, Sigmund Freud: ‘WHAT DO WOMEN WANT.’ The collection will be expanded this autumn, with a new sweater, brooch and tea set. Both iterations of the range will be stocked with MatchesFashion.com, at plinth.uk.com, and other select retailers.

Suffragists often wore brooches and rosettes in Green, White and Red (for Give Women Rights!) to display their political allegiance. 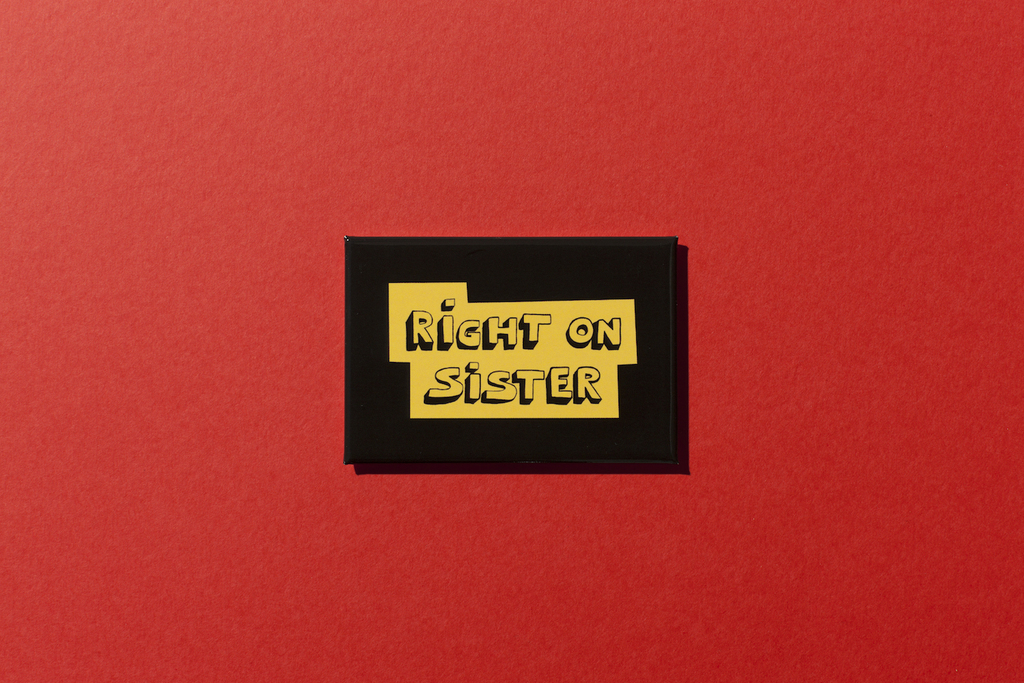 Right On Sister magnet designed by Bella Freud. Available as part of a set of four (see hero image)

Bella Freud said, “This [project] is not about a power struggle; this is about equality. Equality for women is good for everyone, men included, because everyone thrives when they are treated fairly and with respect. I wanted to make the message of the words on the products act like triggers and connect with things that are uplifting and inspire courage. Music, art and fashion are ways for people to voice change.”

Artist Gillian Wearing said: “Bella’s range is about reaching out to everyone with ideas expressed in her unique manner via the text on the totes, t-shirts and so on. Fashion can be used to express ideas regarding politics and art, and that fashion can be a way to open up discussions and thoughts; someone holding a banner can do the same. I am a big fan of Bella [Freud]’s and delighted to collaborate with her on this.”

Sam Smethers, Chief Executive of the Fawcett Society, said: “We are delighted to be collaborating with Bella Freud, Gillian Wearing and Plinth on this exciting new range to celebrate the historic Millicent Fawcett statue. Everyone can take home their part of history and support Fawcett’s work in the process.” 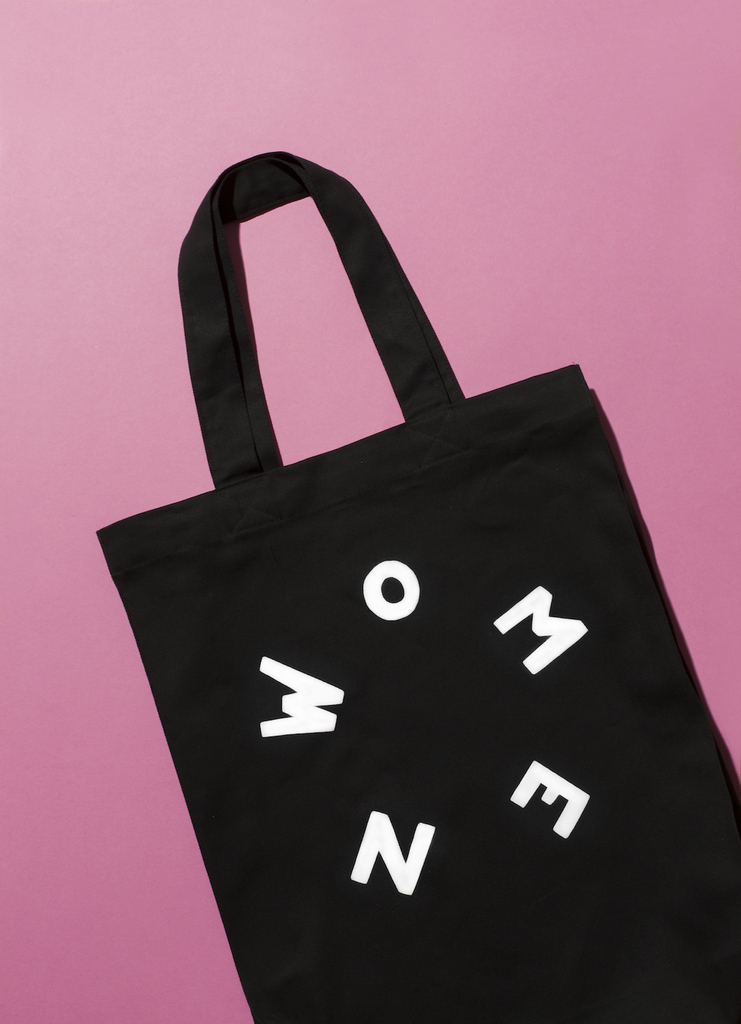 *The statue has been commissioned by the Mayor of London with 14-18 NOW, Firstsite and Iniva to commemorate the centenary of the Representation of the People Act 1918, through the Government’s national centenary fund.