When I was a kid, the gender binary was a high fence, literally – later, a yellow line drawn on playground concrete. I never had a brother, and I went to an all girls’ primary followed by an all girls’ secondary, with both schools mirrored nearby by all boys’ institutions. In both cases, “the boys” lay on the other side of an insuperable, delineated boundary, and you can only imagine the curiosity which burned out onto that embargoed territory; like a small balloon floating over so much razorwire.

After all, if Wendy joined the Lost Boys then… where would we be? Who would comb everybody for mites? 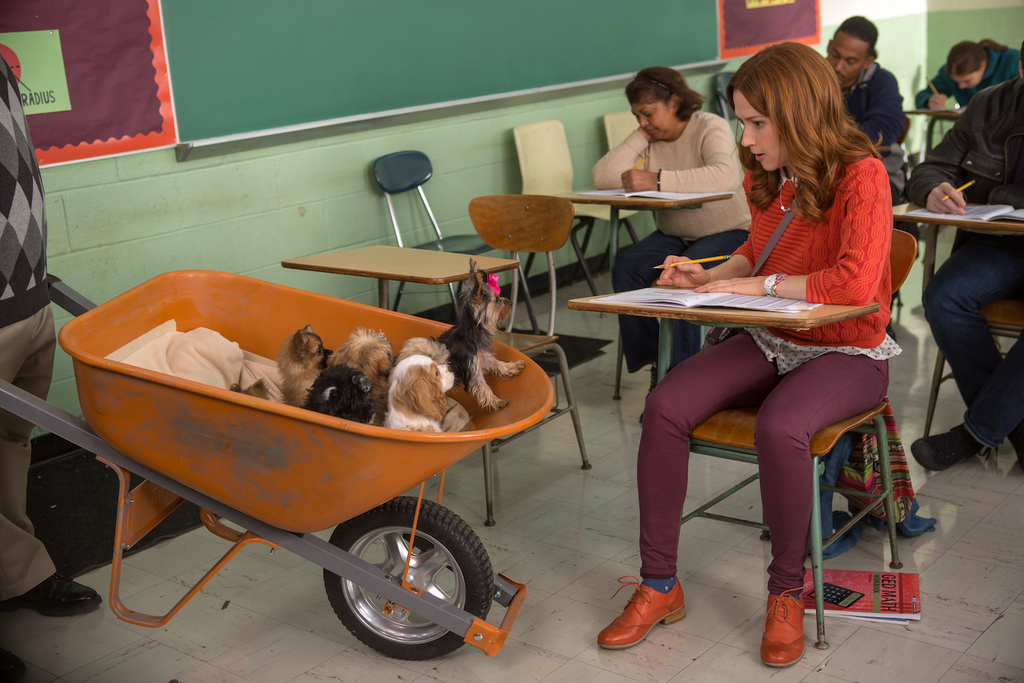 In the case of my primary, there was only one thing to do if you were a socially ambitious “girl”. You could lob a secreted tennis ball over the fence, birth yourself through a basketball-sized aperture, and enjoy six seconds breathing air in God’s own country. What you’d meet on the other side were energetic, scabby people who’d stare at you like you were a luminous tumour. Back with your comrades, you’d share what you’d seen.

While I then enjoyed some activities thought ‘boyish’ – football, public spitting – I don’t recall trying to show the scabby people I was like them. What I do remember is trying to affect an aloof dignity– not admitting the ball had been thrown on purpose. After all, what I did know about “boys” – from experience, from vibrant American media – was that they needed the stillness and goodness of a “girl” to throw their scrubby anarchy into relief. It was all a question of counterbalance, opposition; “boys” needed someone to be good, restrained, pretty, and basically unlike them. These ideas were surely in part inspired by the saccharine diet of winsome Disney princesses I fed on then. They were “good”. They were “pretty”. And if many of your heroines are perpetually groomed, well-behaved, then it follows you evolve a fear of the consequences of diversion: of the attributes unseen. After all, if Wendy joined the Lost Boys then… where would we be? Who would comb everybody for mites? 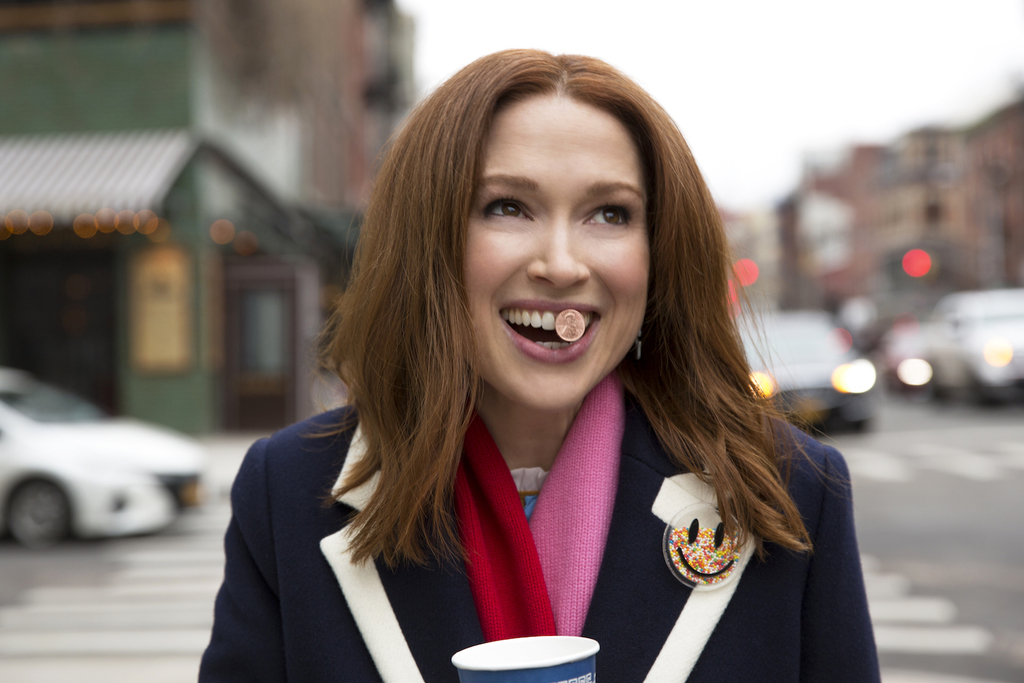 I was put in mind of this when watching Season 2 Episode 10 of the Netflix series, The Unbreakable Kimmy Schmidt (2016). Kimmy is a young woman trying to make her way in the Big Apple armed only with her weird, endearing buoyancy: a guileless joie de vivre which is a little surprising considering she is actually a ‘Mole Woman’, who spent fifteen years locked in an underground bunker by a sadistic Reverend. Eponymously, Kimmy is ‘unbreakable’ – unwaveringly optimistic and compassionate in the face of this psychological and sexual abuse. But (perhaps in response to outcries at this unrealism) in Season 2 things start to change direction: Kimmy’s repressed emotions begin to emerge…namely in the form of long, sonorous, foul-smelling burps. Kimmy involuntarily strikes her lover Dong hard in the head with a telephone when he leans in for a kiss. Consequently, Kimmy’s therapist warns her that if you don’t allow your body its sadness, its anger, it will begin to act of its own accord.

While Kimmy confesses she just wants to end up ‘happy’ like the Disney princesses she adored, this is followed by an animated interlude where a Disneyish heroine, flanked by woodland animals, stubbornly attempts to drown out sinister speculations with increasingly urgent singing. A shadowy figure emerges from the wood: a bearded man with a weird leer. It seems, you can bury the transgressive aspects of yourself, conceal your traumas, yet they still come up to bite. And, while princesses give us a metric for sweetness and for happy endings, like so much refined white sugar, it’s not a wholesome diet. Denial of the unlovely parts of ourselves is an incomplete picture – a merciless act of editing. And in this sense, it seems women receive the double-edged sword of patriarchy: the trauma on the one hand, and no symbolic index for digesting it in public, on the other.

Denial of the unlovely parts of ourselves is an incomplete picture – a merciless act of editing. 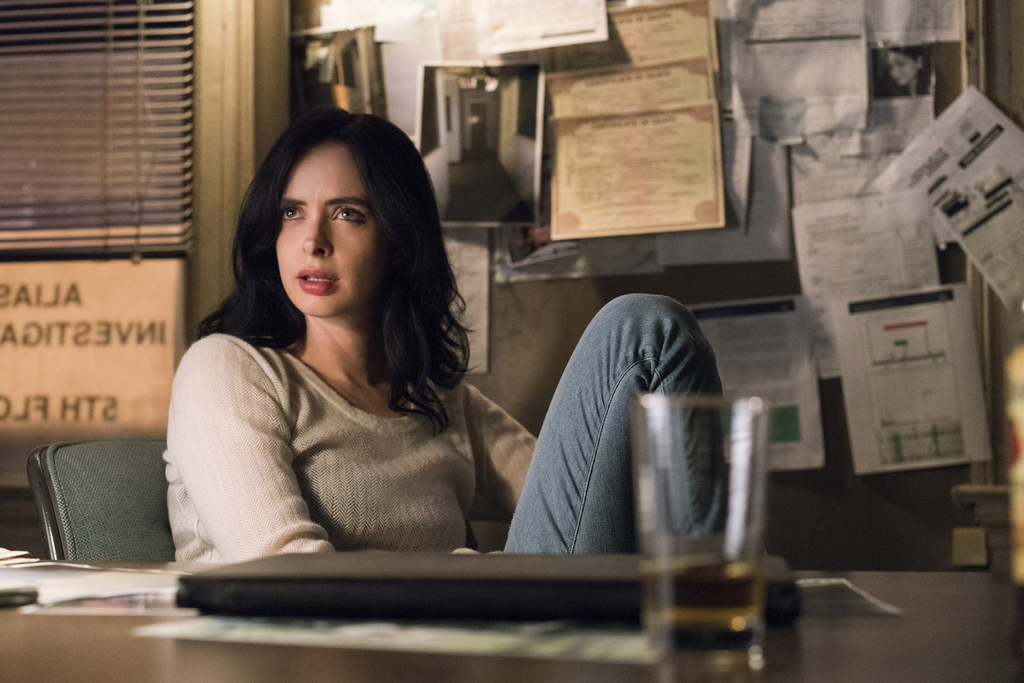 This brings me to another much-beloved female character of recent years on the Netflix platform – Jessica Jones (2015, 2018) – another individual significantly grappling with a dark history, and who we also find in the chronological situ of response and recovery. Nevertheless, while Jessica is also recovering from a period of sexual abuse, entrapment, gaslighting, she employs radically different coping strategies in its aftermath.

Jessica is an inner-city P.I. surviving largely on a honed, aggressive lonerism principle and a chronic whisky habit. She comes into rooms with the hip-band of her distressed jeans coming at you first thing. She habitually wakes up in alleyways and goes to work anyway. If her unfailingly brusque, misanthropic personal style can be called ‘transgressive’ then it’s fair to say Jessica does not waste time self-chastising. She has too much to do. And while Jessica’s super-strength seems like an obvious metaphor for a flipped table in gender relations, fans’ love of her prickly personality also speaks volumes about the zeitgeist. Grumpy, slovenly, repeatedly rude – it doesn’t matter. Jessica’s behaviour is nothing if not a proportional reflection of the things she has been through, and this fleshed out action-reaction renders her multifaceted in a way that our wronged heroines have not always been before. Clichés of the Strong Woman have proven to be just as flattening as the Disney princess formula; it is in conflict that women and their on-screen manifestations are allowed to push their way into a three-dimensional human-ness. 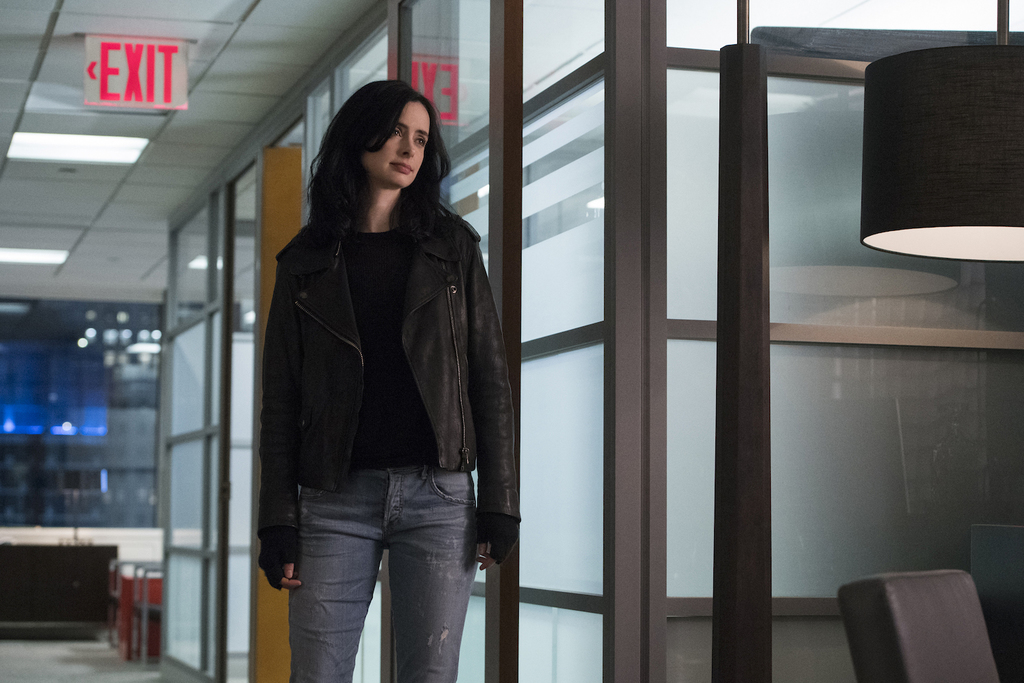 Since 2015 (according to Google), Jessica Jones and Kimmy Schmidt rank among 51 of the most regularly mentioned television shows on social media and other parts of the web – more or less holding their position and consistently garnering positive reviews from both newspaper journalists and bloggers. And in that sense, the popularity of two female protagonists battling trauma seems to engage with the same cultural moment, same shifting tide of feeling, which brought us #metoo and all its appalling, necessary truths. Many friends of mine took part in #metoo, and heroically explained the hurts they suffered. Yet a few also expressed a feeling of deflation afterward – initial hopefulness drowned by a fear that their disclosure would not make a difference – that the lessons #metoo had to teach would be subsumed and forgotten. It therefore seems notable that, via heroines like Kimmy and Jessica, some victims will be offered heroic avatars who uproot traumatic incidents, confront them, or simply live with them: trauma which does not simply vanish, but which has reverberations in the everyday – which is real, ugly, and which cannot be polished into a shine.

It’s hard to articulate what makes characters like Kimmy or Jessica surprising, because we have seen them before. We recognise their contradictions: flawed, charismatic, autonomous; with alternately sympathetic and objectionable motives (so, a human being). One result of the #metoo campaign was the way in which it polarised a similar kind of surprise; male friends, many of them self-professed feminists, were floored by the sheer prevalence, scale, ubiquity of the stories which joined the polyphony. Female friends, whether they added their voices or not, articulated varied feelings – but none of them shock. Sexual assault doesn’t happen to a pantheon of pretty, reasonable female characters: admitting it has happened to you requires severing the safety tether of that world. But Kimmy and Jessica embody what ought to be the bare bones of a character, namely, humanity: the patchwork of experience applied to a subjective consciousness. Ironically, or perhaps predictably, it’s precisely this element which has been quietly but resolutely absent from so many portrayals of women on screen. When Jessica behaves terribly and we love her still, we’re being granted the opportunity to see ourselves the same way, and by extension, grow somewhere.

And while renouncing ‘good’ and ‘pretty’ is an exhausting journey, it is one worth pursuing and worth representing. 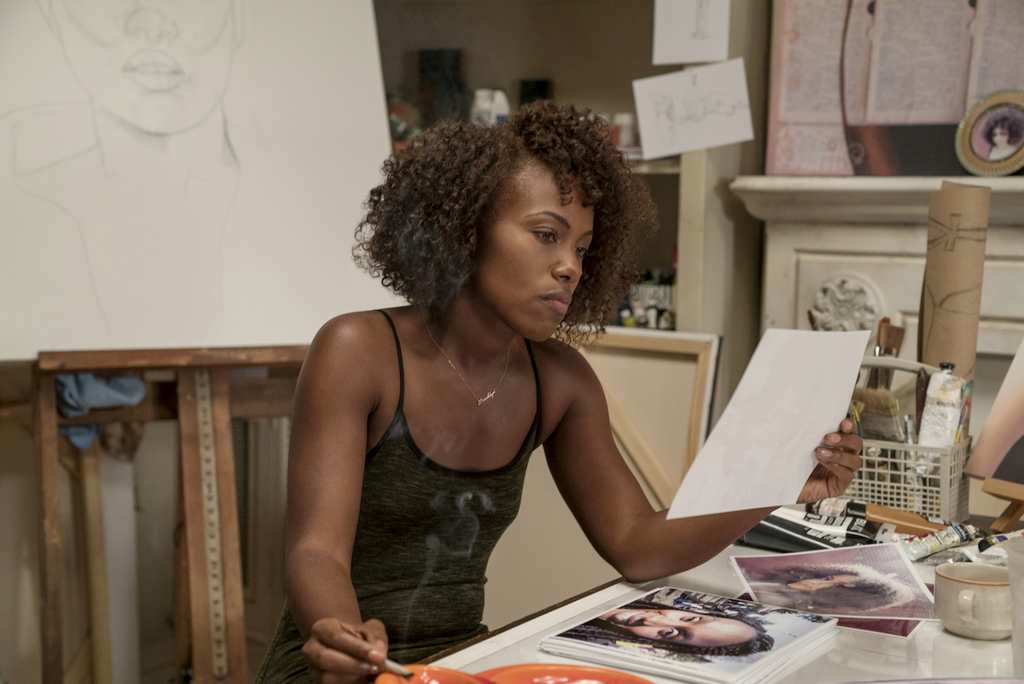 From She's Gotta Have it. Courtesy Netflix.

So I’d like to finish here by drawing attention to another show which, while on the Netflix platform, does not currently make the 51 most popular: She’s Gotta Have It – a show which I also believe does not lean on triggers so much as offer salve for them. This show is significant (and should be thought so) for its challenging exploration of identity signifiers, and its tacit valorisation of a woman who is neither perfect in the princess sense nor predictable in any other way.

Kimmy and Jessica are still finding their feet; the protagonist of Spike Lee's remake of his 1986 film She's Gotta Have It embodies the possibility of a step further still. Nola Darling is a young black woman in New York, attempting to establish herself as an artist while juggling four lovers – three men, one woman. Remaining both unapologetically femme yet also optimistic, productive, Nola Darling’s journey is fascinating both for its unabashed idealism, and for its progressive depictions of how a transgression in the eyes of one is an unassailable human right for another. Nola’s deemed promiscuity, her unwillingness to remain monogamous, her problems with money, and her reticence in terms of explaining her own art – are all themes which weave in and out of this series and render Nola frustratingly complex and entirely human. But Nola is notable too for her pointed renunciation of ‘regret’ – as she attempts to eliminate the very emotional labour which keeps so many women tangled. While scenes of Nola in therapy demonstrate that abandoning regret is more easily said than done, the show is notable for showing feminism or Womanism as fluid interchange and process, rather than discrete identity. And while renouncing ‘good’ and ‘pretty’ is an exhausting journey, it is one worth pursuing and worth representing. After all, we should always be wary of the ways we bound in others, bound in ourselves. 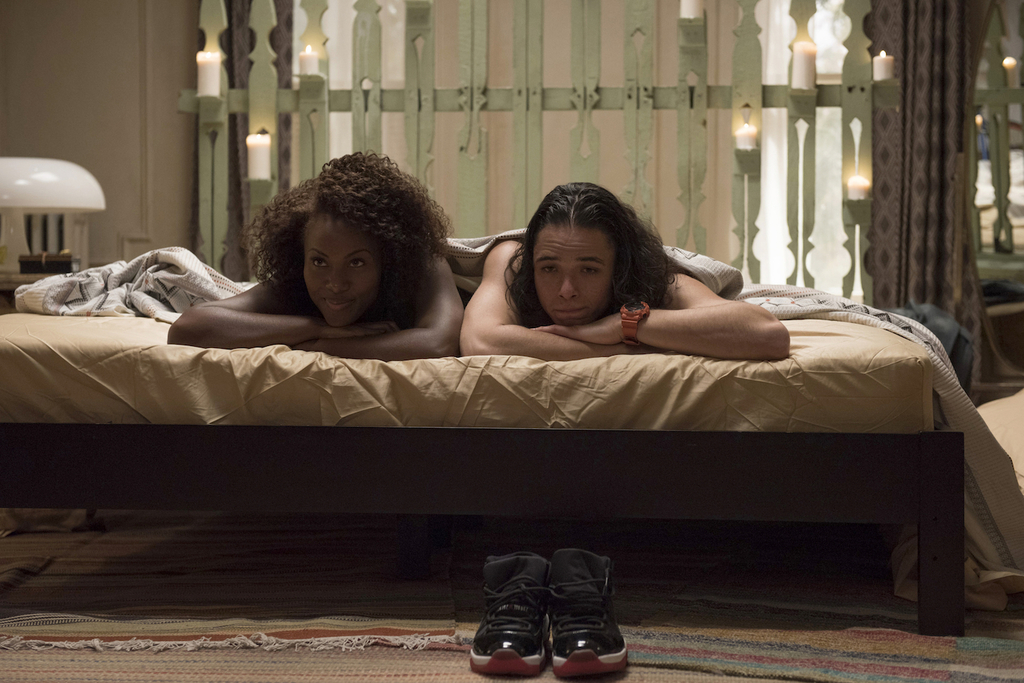 From She's Gotta Have it. Courtesy Netflix.