If Beale Street Could Talk

Open from the eaves of autumnal trees whose yellow is echoed below in Fonny’s button-down and Tish’s canary-coloured coat. As James Baldwin’s If Beale Street Could Talk is a lyrical novel, Barry Jenkins’ adaptation is a lyrical cinema, most strikingly through his patterning of colour: there’s a golden glow surrounding our two young lovers holding hands and strolling down a set of steps in a park. Beale Street is a Romeo and Juliet story of love tested by mischance and unfortunate timing. For this is 1970s Harlem, and soon Tish finds herself young and destitute and pregnant, while her boyfriend, Fonny, is in prison for a rape he did not commit. During the final months of her pregnancy, Tish and her family must work to get him out, but they’re up against a racist criminal justice system. When the odds are stacked against you, you’ve got to have faith.

There’s a golden glow surrounding our two young lovers holding hands and strolling down a set of steps in a park. Beale Street is a Romeo and Juliet story of love tested by mischance and unfortunate timing. 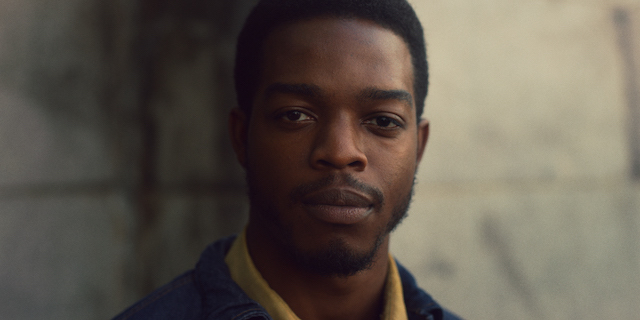 For we walk by faith, not by sight. So says Corinthians, 5:7, at any rate — but the work of James Baldwin would seem to invert this. His thinking seems to dictate that, if we are to walk the walk of faith, we must see with absolute clarity. Fonny’s god-fearing mother, after all, functions as a warning for where the wrong kind of faith can lead us. She would rather quote the Bible than look the realities of her situation square in the face, telling Tish that her child ‘is borne of sin, the Holy Ghost will cause it shrivel in your womb’. Religion is used as a smokescreen, a way to justify bad behaviour. 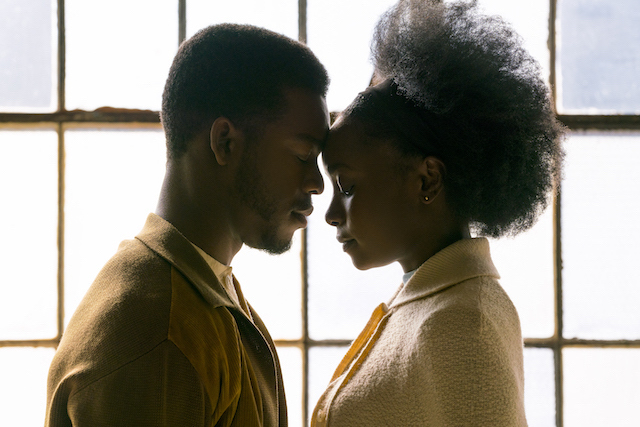 In Beale Street it’s the hypocrisy of organised religion and the racist criminal justice system that cloud people’s vision. Old myths stymie new narratives, and it’s love that must clear the way. If African-Americans are not to be defined by these systems of oppression, we seem to learn as Jenkins’ film unfolds, they must warn and love one another in the way that Fonny and Tish do — whether that be by talking, or even a snatched moment of meaningful eye contact. Barry Jenkins well understands the importance of this kind of looking, often placing his camera between characters so that we must search their eyes in straight-to-camera portraits — harnessing the ‘looking’ of his audience to make the characters’ battles unavoidable, and at other points letting us in on a kind of love as intimate as it is expansive.

Baldwin himself, in his essay, ‘The Devil Finds Work’, wrote that a film ‘is meant to be seen, and, ideally, the less a film talks, the better’. 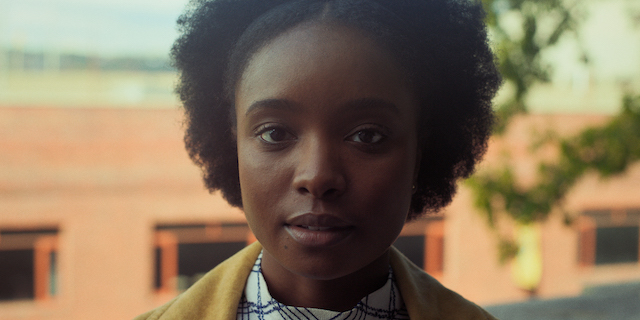 Meanwhile, and surprisingly for a creative whose medium was words on a page, Baldwin’s original work is full of visual cues; the novel’s first words are ‘I look’, and indeed ‘look’ (or ‘looked’) appears nine times across the opening two pages. Indeed, ‘I hope that nobody has ever had to look at anybody they love through glass’ is a line that Jenkins lifts for the voiceover in his script. While Tish’s voice carries us through the novel, and while the film’s inclusion of voiceover is ‘true’ to the original text, the text’s transition from prose to script is a gesture from the creative team which verges on homage, not adaptation; reverence, not reference. Baldwin himself, in his essay, ‘The Devil Finds Work’, wrote that a film ‘is meant to be seen, and, ideally, the less a film talks, the better’. 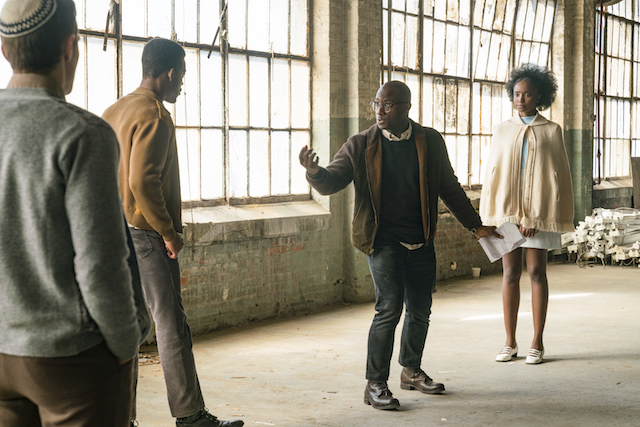 As writers imagine making movies, it seems that film makers dream of penning stories. ‘There’s always been love and community’, said Jenkins. 'You could title Moonlight [Jenkins’ breakthrough film, 2016], If Beale Street Could Talk, and it would be the same film. Because to me, that movie is about the lives untold of Black folks.’ The baby in Tish’s belly is a symbol of hope, of course — but in Baldwin’s novel, ‘the baby cries and cries and cries and cries and cries and cries and cries, cries like it means to wake the dead.’ It’s a searing and funereal note to end on: another child born on Beale Street, and on moves the cycle of struggle. I won’t spoil the film for you, but its end is certainly less ambiguous.

Dismiss the golden light as schmultz, or term the faithful(ish) rendition of Baldwin’s text naive; what’s at stake is a narrative to pull inside us all like that pesky Holy Ghost. 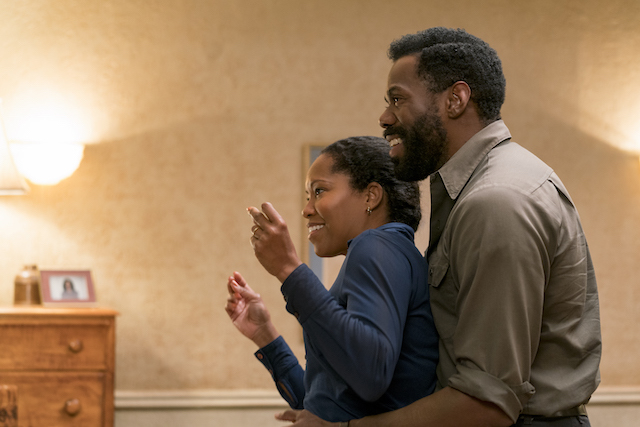 'If Beale Street Could Talk' - Image courtesy of Entertainment One

In Baldwin’s work there are always equal parts hope and anger; the love that goes beyond the dividing prison glass, and the reason the glass is there in the first place. Meanwhile, it might feel easy to accuse Jenkins’ adaptation of leaning too hard on the hope pedal and leaving little room for his characters to embody any facet of chaos or evil, so starkly depicted in the world they’re facing. This is how Jenkins picks up Baldwin’s mantle. Call it sentimental, but — at a time when faith and optimism feel more crucial than ever when it comes to race relations and oppression, not least in the US — we need new parables. If Beale Street could talk, then, it might speak about the candle of belief in the face of something very dark. Dismiss the golden light as schmultz, or term the faithful(ish) rendition of Baldwin’s text naive; what’s at stake is a narrative to pull inside us all like that pesky Holy Ghost. Push your heart into Fonny’s chest, or Tish’s: jump, and cross your fingers. There are no atheists in fox holes.