Embarking on a ‘Grand Design’ could be compared to an odyssey; setting off on calm seas, full of excitement and enthusiasm, before slamming into a storm and an interminable journey. When you gratefully set foot back on land, all of your stress and anxiety is instantly forgotten in the excitement of ‘arriving’ at your destination. Of course, there is also the hope of an architectural marvel at the end of each episode – but perhaps the journey (and potential for schadenfreude) is just as enjoyable.

Soane's two sons were told very clearly that they were also expected to be architects – and perhaps Soane was also hoping that they would be inspired by the work he did at Pitzhanger as a teenager. 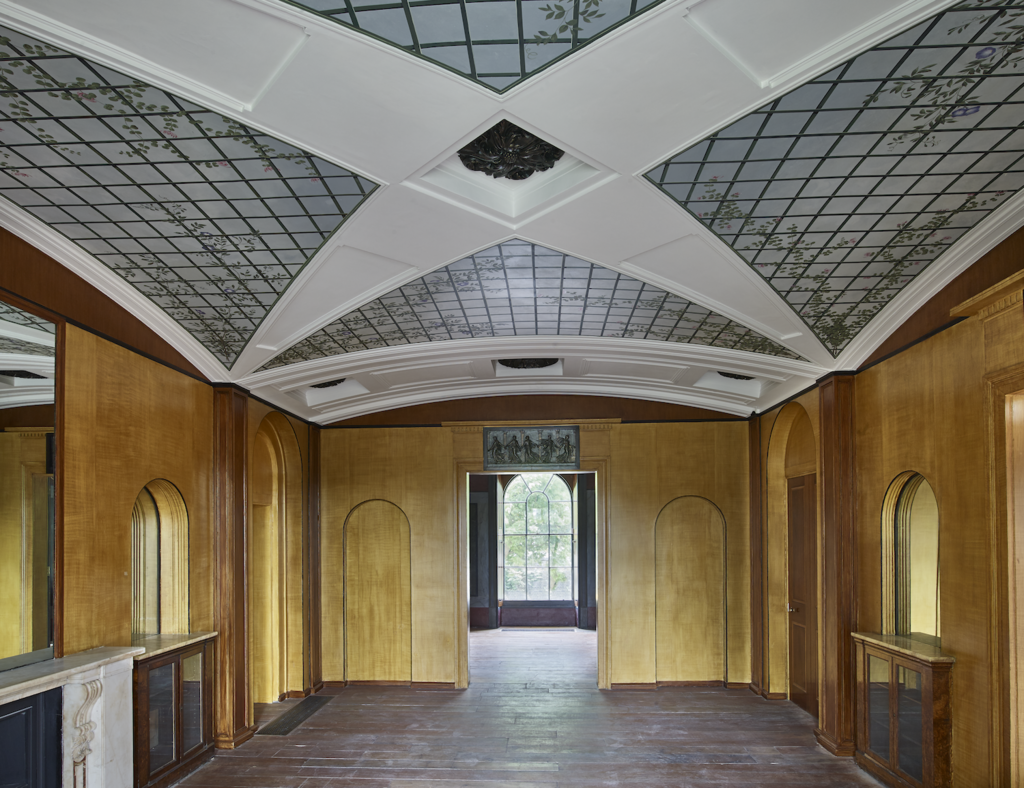 Sir John Soane’s very first job as a 15-year old apprentice was to build an extension at Pitzhanger Manor in Ealing, West London. When the building later came up for sale in 1800, Soane was by now a renowned architect who had just designed the Bank of England and was looking for the perfect country house for his young family – Pitzhanger was not only his dream home but also his ‘Grand Design.’

The famously energetic Soane would often wake up early at his house in Lincoln’s Inn Fields and walk the eight miles to Pitzhanger, to go fishing on his lake. He also embarked on an ambitious progamme of pulling down rooms and extensions (except for the one that he had worked on), to showcase his new work and designs. The ‘starfish’ Library ceiling of the eventually reappeared at his own house in Lincolns Inn fields and on the dining-room ceiling of No.10 Downing Street. Soane's two sons were told very clearly that they were also expected to be architects – and perhaps Soane was also hoping that they would be inspired by the work he did at Pitzhanger as a teenager. 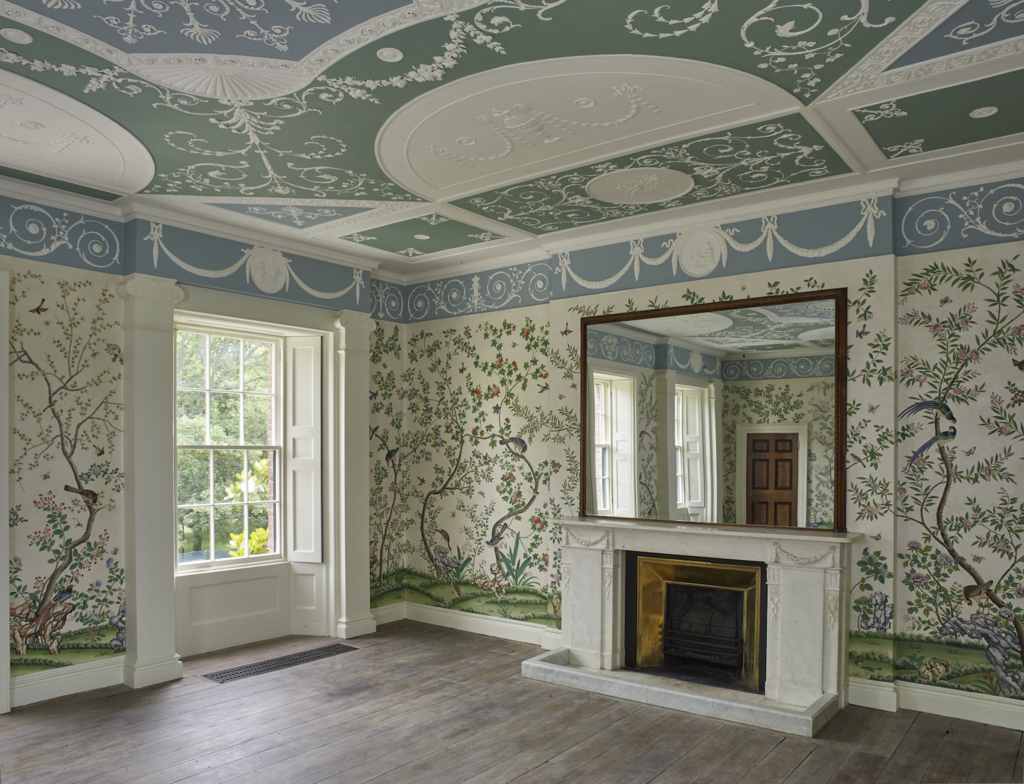 Handpainted 'Chinese' wallpaper in the Drawing Room at Pitzhanger Manor

As we all know, the best laid plans often go awry. Mrs. Soane had originally taken to country life, entertaining friends and clients in the elegant drawing room overlooking the park, with its Regency ceiling and handpainted Chinese wallpaper (a gift from Soane to his wife). She even went to Christie’s in 1802 and bought the celebrated series of paintings ‘A Rakes Progress’ by Hogarth for the new house (these now hang in the Picture Room at Soane’s Lincolns Inn house). Despite these distractions, Mrs. Soane felt too isolated living in the countryside and was keen to move back to London.

Perhaps unsurprisingly, Soane’s sons deeply resented being told what to do and family life deteriorated to the point that Soane sold the house in 1810 and moved back to Lincolns Inn Fields. George Soane possibly enjoyed student life rather too much whilst at Cambridge, but his brother suffered with illness – and two years later Soane wrote bitterly in his diary, “If George would take up some ‘rational pursuit’, he may find a friend in an injured and insulted father.” 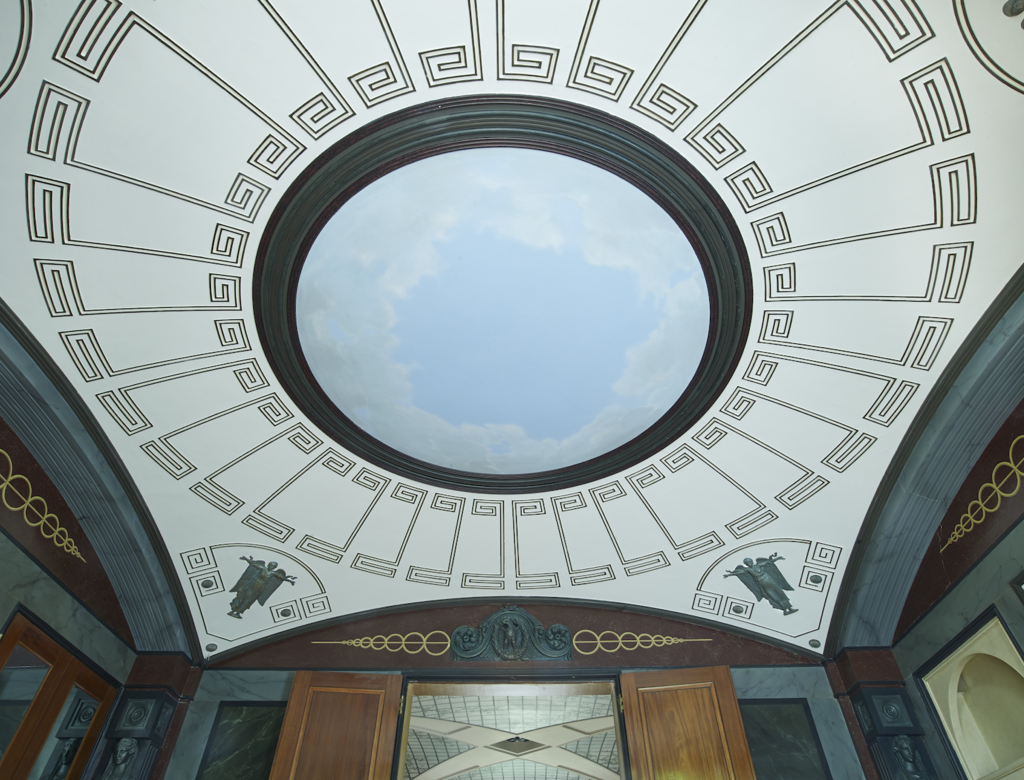 Director Claire Gough has overseen the reconstruction of every square inch of the building and excitedly points out small squares of paint left on each wall and ceiling, to reveal which colours were originally chosen by Soane. “In this project, we’ve mainly been very lucky, Soane’s Pitzhanger has been there, it has just been covered over – so there have been extensions that had to be taken down and there’s paintwork that had to be peeled back to reveal the original Soane design.” His innovative use of space and light, canopy domed ceilings, classical detailing and bold, decorative paint schemes, were to become his trademark.

Meeting up in the morning, Gough chatted to us in the Breakfast room which is east-facing to capture the light. “Soane was so influenced by the Grand Tour and brought back so many classical details to Pitzhanger. The Breakfast room has this gorgeous canopy dome ceiling looking up to the sky, inspired by the Pantheon in Rome. This is Soane’s own Sky Mirror.” 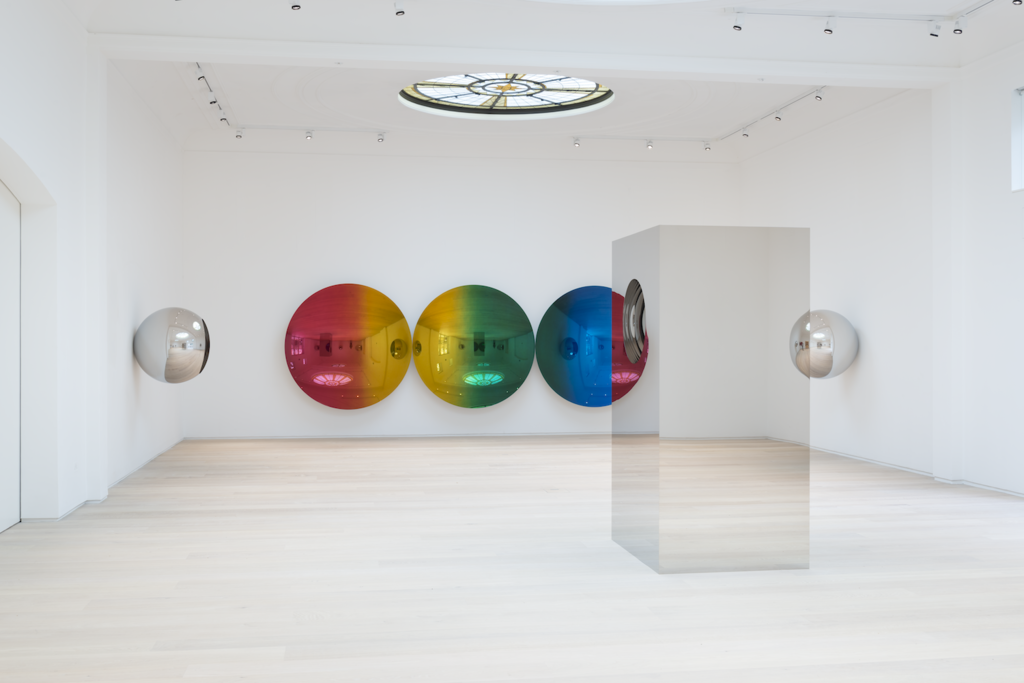 “Concavity invites interiority; it turns the world upside down. It weirdly has a conversation with Soane and Soane’s idea of repeated mirrors can be seen in the library here, where the mirrors do that classic endless reflection thing. The points of overlap occur.”

“I love that it’s in Ealing,” Anish Kapoor told us ahead of his solo show at Pitzhanger, “somehow there’s an intimacy and a kind of quietness. We are not in central London; we are in what used to be the country.” Kapoor admits to a fascination with concave forms and mirrors and picked up on the Sky Mirror connection. “Concavity invites interiority; it turns the world upside down. It weirdly has a conversation with Soane and Soane’s idea of repeated mirrors can be seen in the library here, where the mirrors do that classic endless reflection thing. The points of overlap occur.” 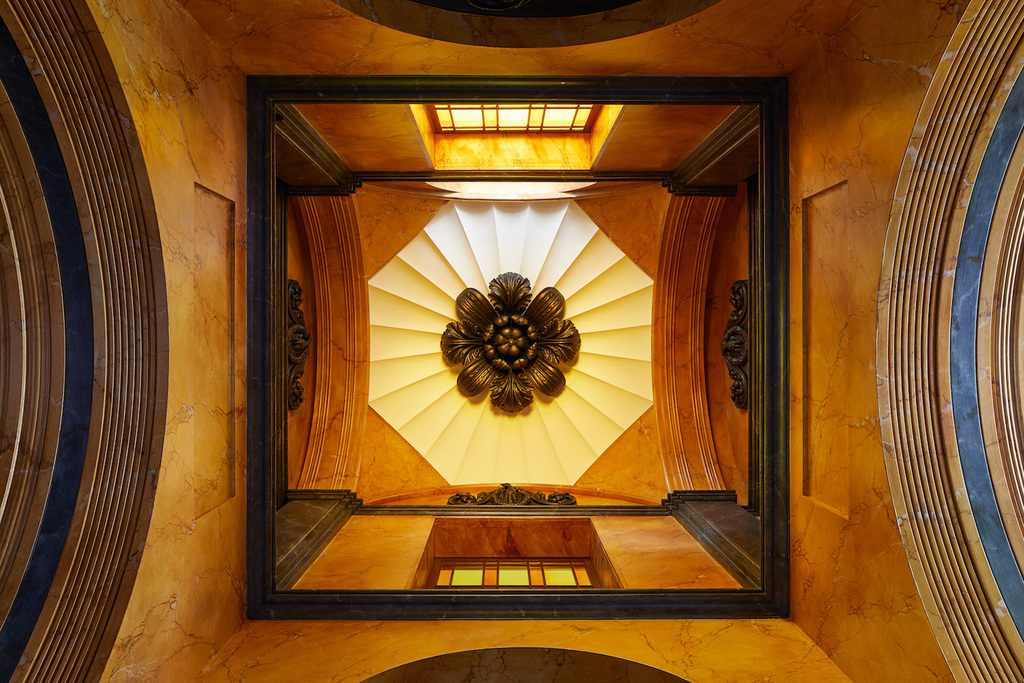 He also noted Soane’s fascination with light and perhaps a yearning for the Italian landscapes of the Grand Tour, “Soane was obsessed with this warm Italian, Turner-esque, yellow rather melancholic light. So that’s something thing that’s been in and around these works, you can’t intend it, because it’s there naturally.”