Two Confederate generals sequestered in wooden housing. Removed by official order, have these statues been re-monumentalised or disarmed by An-my Lê’s photograph?

Robert E. Lee’s likeness stands with his arms crossed, the toe of his left boot on the pedestal’s edge, as if he could step off at any moment. Keeping watch from a sixty-foot column, as he did for over a hundred years, he strikes a dominant, intimidating pose. But now, loitering in his liminal wooden prison, it looks like he’s sulking.

"If you looked up at the statue from street level, the horse would be staring down at you, its hoof raised for possible trampling. But with the eye-line shifted, the horse appears to bow to us, as if accepting our leadership." 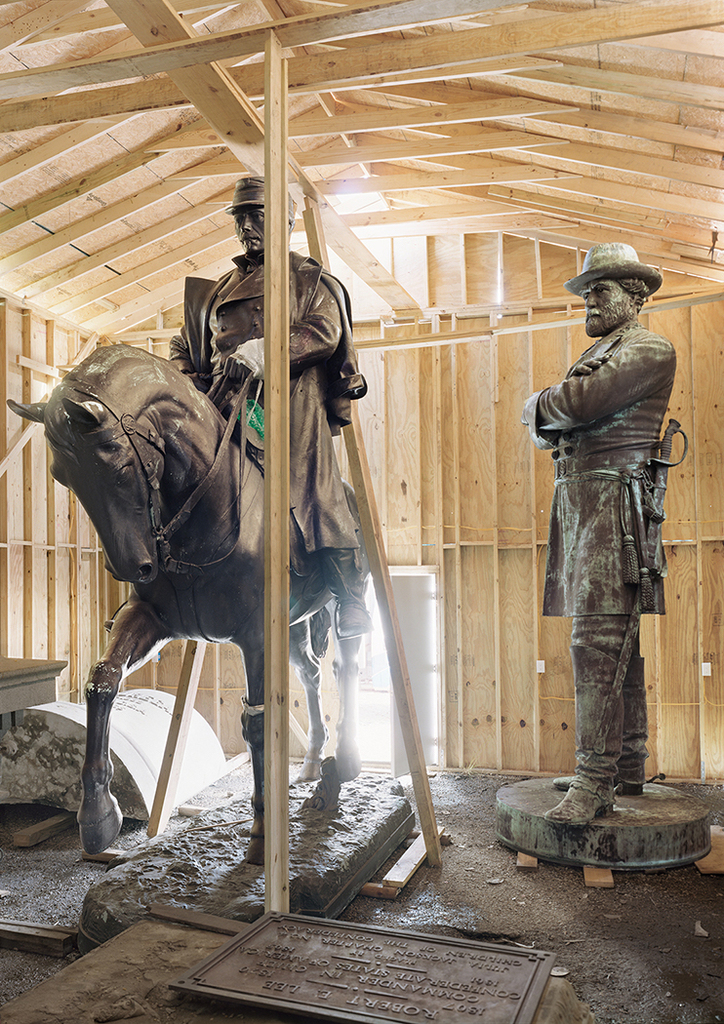 Sitting astride a horse, Lee’s bunkmate P.G.T. Beauregard has undergone a similar descent. If you looked up at the statue from street level, the horse would be staring down at you, its hoof raised for possible trampling. But with the eye-line shifted, the horse appears to bow to us, as if accepting our leadership.

Here, Lê shoots into harsh daylight coming through the housing unit’s door, giving the image the candour of documentary. At the same time, the way the bright, white light illuminates the horse’s hind legs makes it seem like it’s stepped out of a portal, Beauregard riding into the present from a distant epoch. And, in a way, he has.

"Need I remind you of President Trump’s executive order restricting immigration from seven majority-Muslim countries, or his fixation on building a wall between the US and Mexico?" 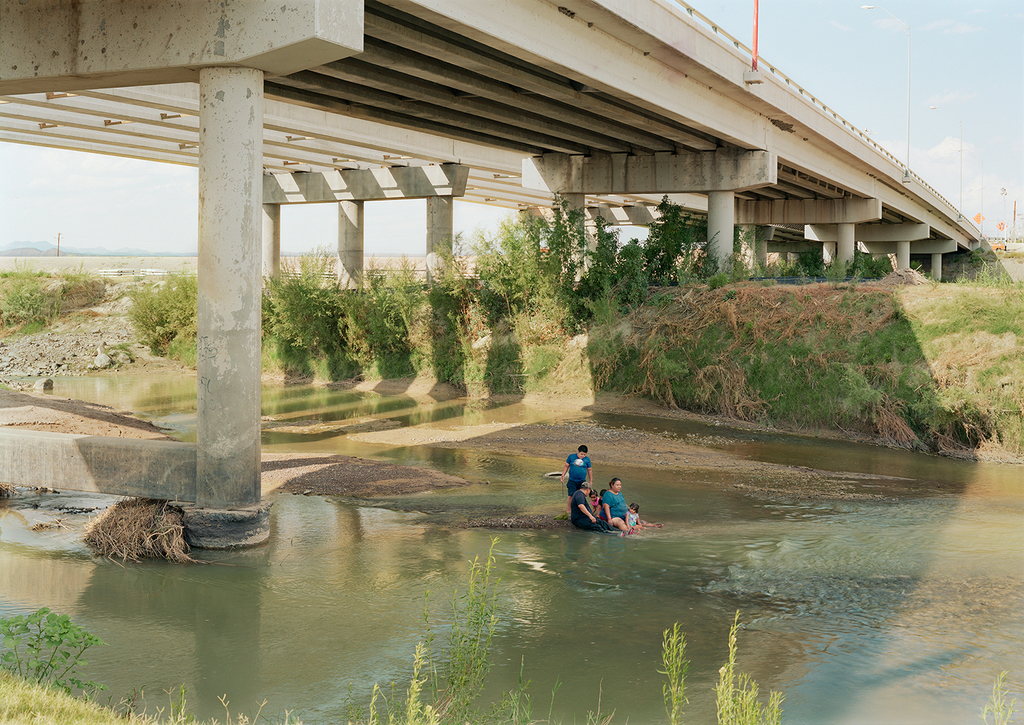 These are statues built around the time Jim Crow laws were introduced, during a period of tense racial conflict. Seen to be glorifying white supremacy and memorialising a treasonous government whose founding principle was the perpetuation of slavery, New Orleans’ mayor called for their removal in 2017.

The main catalyst forcing the mayor’s decision, however, was the June 2015 Charleston church massacre, which saw a white supremacist gun down the congregation in one of America’s oldest black churches. It was this event that also prompted An-my Lê’s photographic series, Silent General, a project enfolding past and present to chart a more recent history — divisive and discriminatory legislation rearing its ugly head. Need I remind you of President Trump’s executive order restricting immigration from seven majority-Muslim countries, or his fixation on building a wall between the US and Mexico? 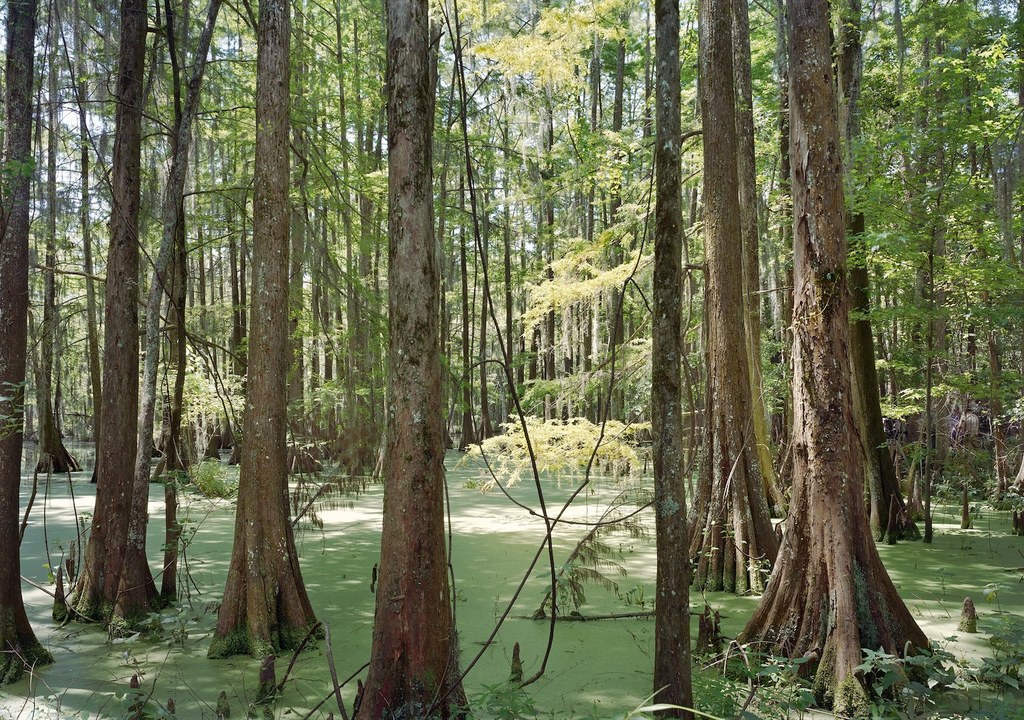 Even so, Lê’s work never drives home patent political credos in such a direct way; rather, it draws you into a network of charged associations. Each photo is a hotspot for the viewer’s reflection. For example, another image in the series shows paintings housed for restoration at Yale Center for British Art. Here we have works of art, apolitical relics which have likewise been removed, but to be preserved. Consider this: is the Confederate monument really so different an object? Silent General is full of fluctuations in the current, and doors which open onto contemplation.

Perhaps because the image of Lee and Beauregard in Homeland Security Storage is given special treatment — the only portrait-orientated picture in the series, given its own wall in Marian Goodman gallery — I keep being pulled back to it. Then discharged again, towards a different photo. The colour of the statues — verdigris-dappled bronze — links them to the bark and algae of Louisiana swamps. Beauregard on horseback echoes a Cattle Drive at Perdiz Creek Ranch, where four cowboys meet, while their steeds drink from a reservoir.

"Yearning for a fictional past was, after all, an integral part of Trump’s presidential campaign — and for Make America Great Again, you can read Make America White Again." 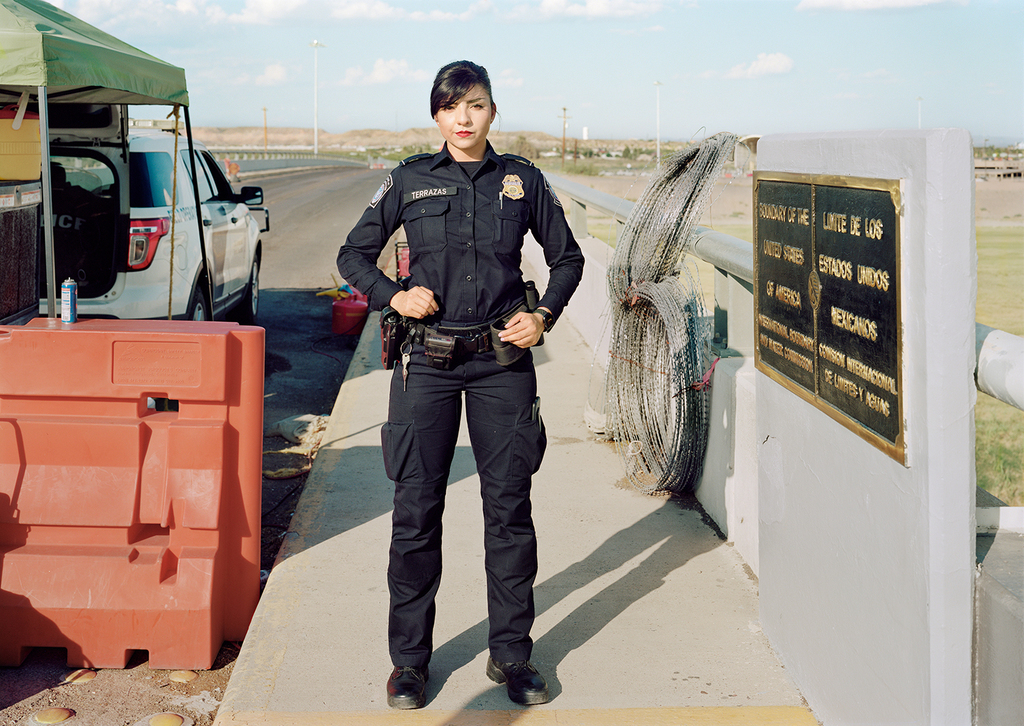 With late-afternoon sun flaxen on hat brims, this cowboy scene is suffused with nostalgia. Its inclusion in the series — along with a chocolate box church nestled in a meadow — again disturbs the pattern, sparks rumination. Yearning for a fictional past was, after all, an integral part of Trump’s presidential campaign — and for Make America Great Again, you can read Make America White Again.

Indeed, President Trump is conspicuous by his absence. Almost as a rebuttal to his resolve to Build a Wall, we have intimate portraits of Mexican Border officers, hands on utility belts; we’ll be keeping you out, thank you very much. Graffiti reading FUCK THIS RACIST ASSHOLE PRESIDENT appears on the side of a run-down shop, whose display window holds two frigidly positioned mannequins (the repeated image of two trapped, lonely man-made men.) Another photo shows the Oval Office, or rather its facade in the form of a set for sketch comedy show Saturday Night Live. (And again, we have a symbol for authority taken down a notch or two.) 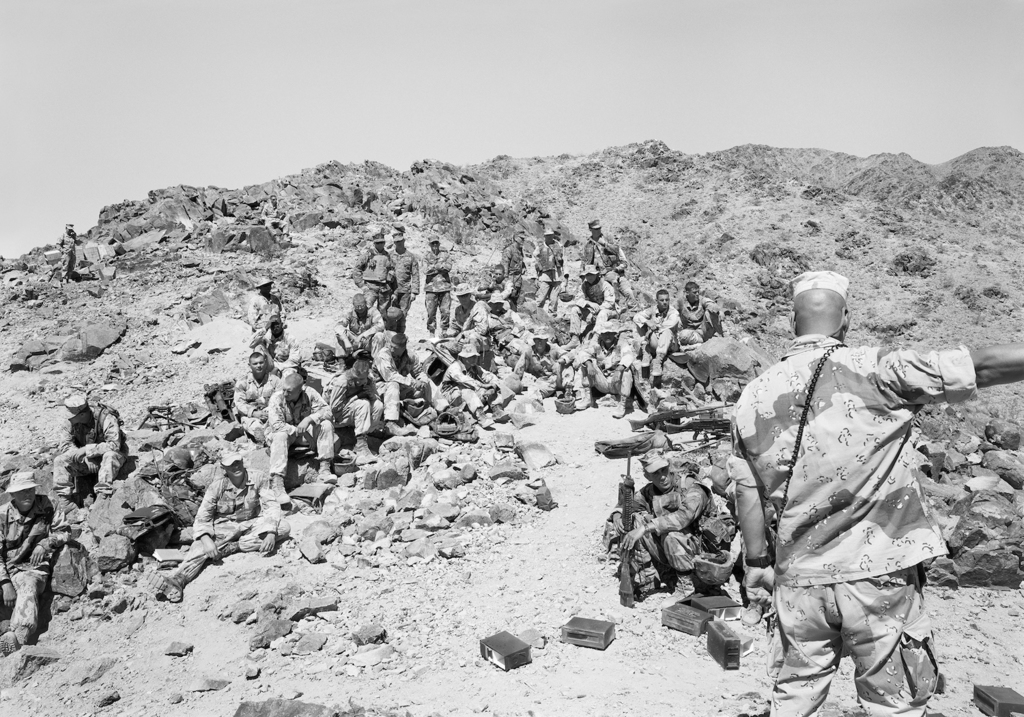 Lê is also on set during the filming of Free State of Jones, a feature film about a man’s armed revolt against the Confederacy — the Civil War keeps being woven into the web. Plumes of smoke pour into a mackerel sky above a sugar cane field. Explosions belch over trenches, as mediated by members of the crew holding boom mics. Portraits of portraits of war.

For most of us, conflict is always mediated, filtered through breaking-news cycles. History itself is composed of many fictions; as Winston Churchill told us, written by the victors. Monuments, as seen on pedestals, in public squares, in photographs, in galleries, are altered by their contexts. Lê’s photographs are windows onto the world and mirrors showing us the ways in which we see it. 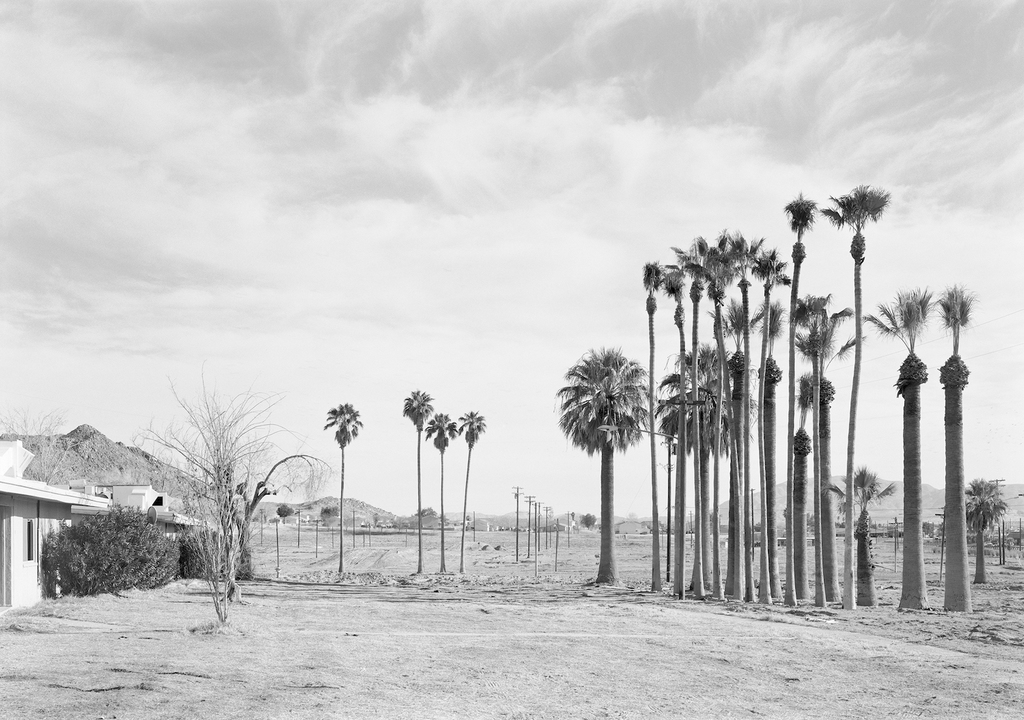 A photo showing land blemished by the Trans-Pecos Pipeline in Texas attests to our profound effect on our environment, as well as its on us; a metaphor for Silent General as a whole — scars traced from past to present, and still keenly felt in the current (political) landscape. Lê’s work concerns the history of conquest and power, and the complexities of its writing and overwriting. Lee and Beauregard might be hidden, but best not forgotten; the ripples of their legacy are still expanding, for better or worse. In the meantime, Lê’s is a camera turning generals to boys. Swords to ploughshares.