Danny Dyer’s Right Royal Family would have been unthinkable a decade ago. Of course, in 2009 we were seven years away from that fabled episode of Who Do You Fink You Are in which we learned that Dyer has royal blood — he’s the direct descendent of a saint, no less. But that’s not the reason Right Royal Family, a documentary in which Dyer gets ‘right stuck in gorging on his ancestor’s lives’, couldn’t have been made back then.

In 2019, at a time when the 99% is feeling particularly disenfranchised, Danny has become a hero who’s Freaky-Fridayed himself into the 1%. 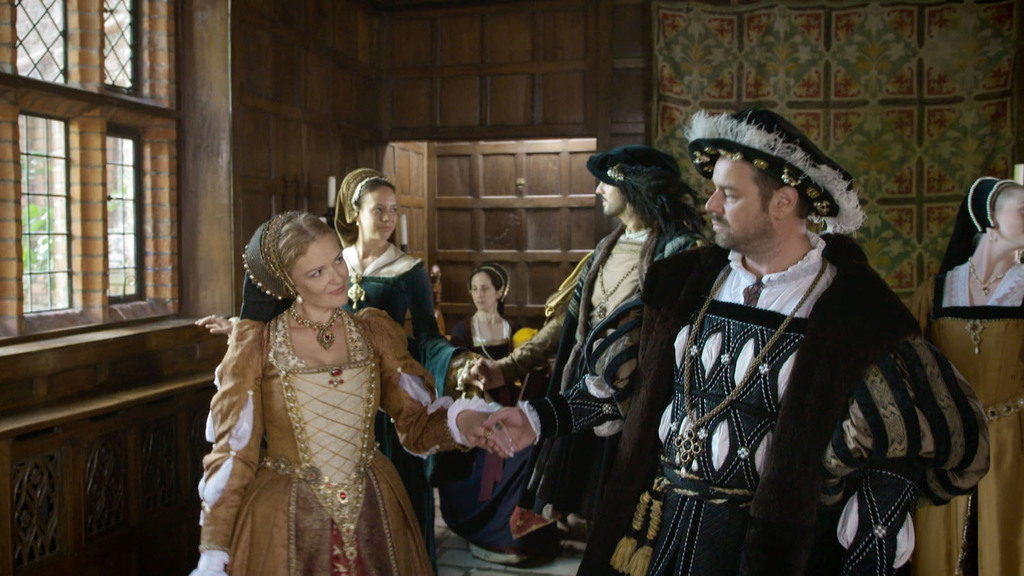 Lest we forget that in the 2000s Dyer was making shows like Danny Dyer’s Deadliest Men and Football Hooligans International: reality TV shows in which he would do his hardest hard-man stare into camera and try to sound hard and explain how he was going to go and meet some very hard men. It’s a good job we didn’t know that Edward III was Dyer’s 22x great grandfather, because it might have ruined whatever street cred he had at the time.

Dyer appeared in so many of these shows that Simon Amstell’s quip on Never Mind the Buzzcocks in 2008 was ‘Have you ever been in a show called Mindless Violence, Danny?’ (Which was quite funny.) Later on in the episode, during the ‘next lines’ round, Simon Amstell reads, ‘My old man’s a dustman’. Dyer, self-consciously touching his eyebrow but grinning and being a good sport, replies, ‘and ‘e wears a dustman’s ‘at’. (Which doesn’t feel like that much fun anymore.) Times have changed.

Because something else was happening circa 2007-8, wasn’t it? In fact, in October 2008, the same month that the aforementioned Buzzcocks episode aired, congress passed a law to bail out the US financial system. Now, over ten years on from the crash, Danny Dyer, against all odds, has become a kind of…national treasure? He has always made a living from playing or parodying himself (yes, even on Eastenders), bobbing like a cork in a sea of producers who have all got a version of ‘Danny Dyer’ that they want to portray, whether it’s hard man, or unlikely inheritor of royal blood. In 2019, at a time when the 99% is feeling particularly disenfranchised, Danny has become a hero who’s Freaky-Fridayed himself into the 1%. 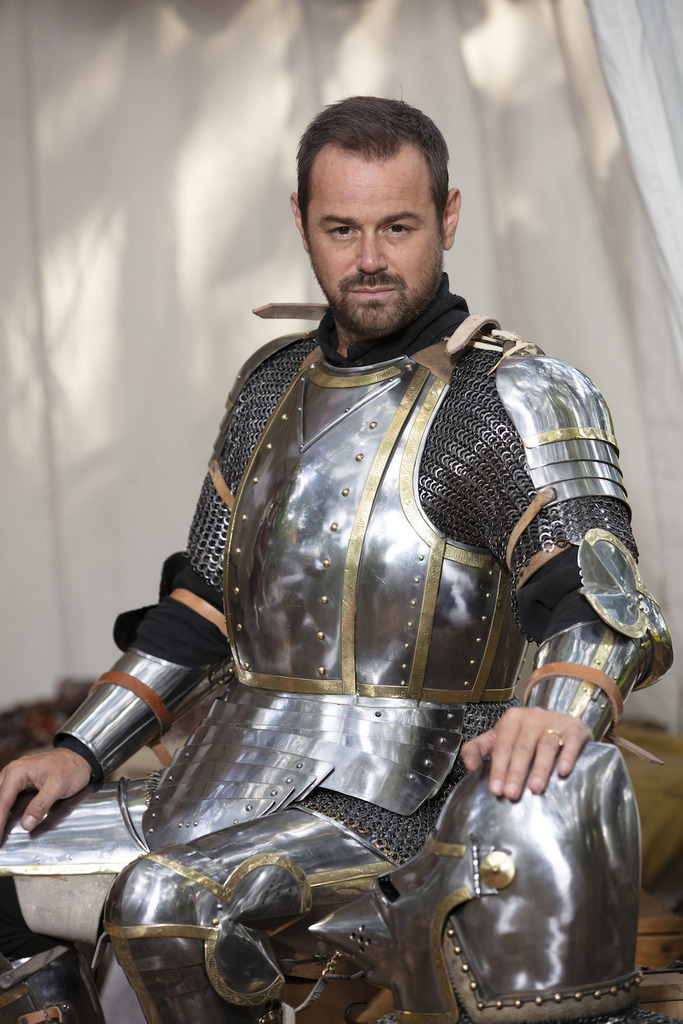 So it goes. Driving by Buckingham Palace, Dyer muses from the backseat of a cab why he isn’t up there ‘tonguing a princess’, and why instead he ‘ended up on a set of swings in Canning Town.’ (The temptation here is to do my whole piece in quotations, so endearing is Dyer’s Cockney accent; it’s a coup in itself to watch a BBC ‘istory documentary with so many dropped /h/s.) Dyer meets with a historian geezer called Anthony, who relates an expanded family tree that includes a Viking warrior king and an actual saint. Time to get ‘regalled out of our brains’!

Danny’s a good sport here, too, as it’s soon off to an unspecified country in Scandinavia to live like Viking king ancestor, Rollo, which involves mucking around with re-enactment fanatics and nibbling on the tongue of a sheep lolling out of its skull. Dyer takes it all with a pinch of salt — not literally, I mean the irony of all this is not lost on him. He doesn’t understand these upmarket cosplayers, and lord knows they don’t ‘get’ Danny Dyer. What follows is a sequence of bemused and baffled encounters, with good grace from both Dyer and the learned historians. In Tess of the D’Urbervilles, when Angel Clare proposes a history lesson to Tess, our heroine replies, ‘what’s the use of learning that I am one of a long row?’ Dyer, having found himself in the midst of his own D’Urbervilles-esque caper, has a similarly wise reaction, though his is an ironic ‘let’s have it’. For instance, his feelings about Rollo are as follows: ‘Like the look of ‘im, uh, love ya… gramps.’ Humility — a quality that wouldn’t have gone over well on the earlier Deadliest Men. Or maybe, since Who Do You Think You Are?, Dyer’s agent has explained to him that, statistically speaking, lots of people are descendents of William the Conquerer.

Tess of the D'Urbervilles, Thomas Hardy 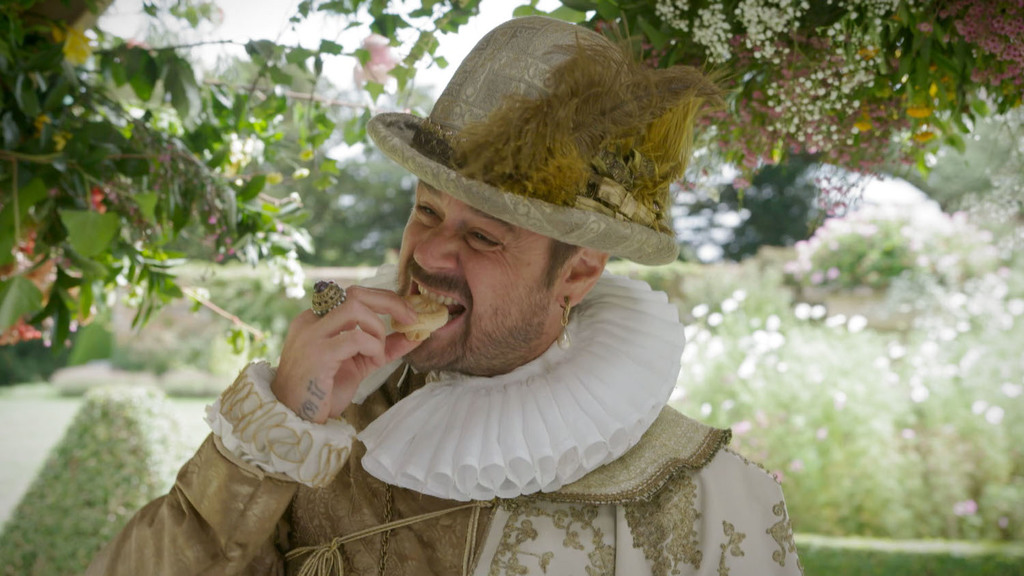 Speaking of whom, let’s hop back to London to learn about the Duke of Normandy. During the transition, a red timeline sweeps across a map, an animation I’m pretty sure is lifted from the BBC’s Plantagenets documentary, also streaming now. The visual tone is off, which I think is the point — you’re asking yourself, why is Danny Dyer doing a BBC history documentary? Then: what if he just narrated all TV? And then: if TV goes off, maybe he can claim his right to the throne? Right Royal Family isn’t going to blow your mind historically speaking, but it is fun to watch Dyer stabbing a watermelon with a lance. He’s made to wear a lot of period dress, and each ruff, helmet, bodkin makes him look even more like Danny Dyer. He says a lot of amusing Cockney things, the kind of thing ‘Danny Dyer’ would say. And yet, part of the reason Dyer has become more beloved in 2019 is because he seems to have given up posturing as himself, and is more comfortable simply being himself.

But underneath it all — the reason Right Royal Family got made in the first place — is the fantasy of an impossible transition: one that’s far beyond ‘if I won the lottery, I would…’ but rather, imagine being born into a family ordained by god to rule. It’s a thought that gleans quite a few ‘fuuuuckinell’s from Dyer across the two episodes. 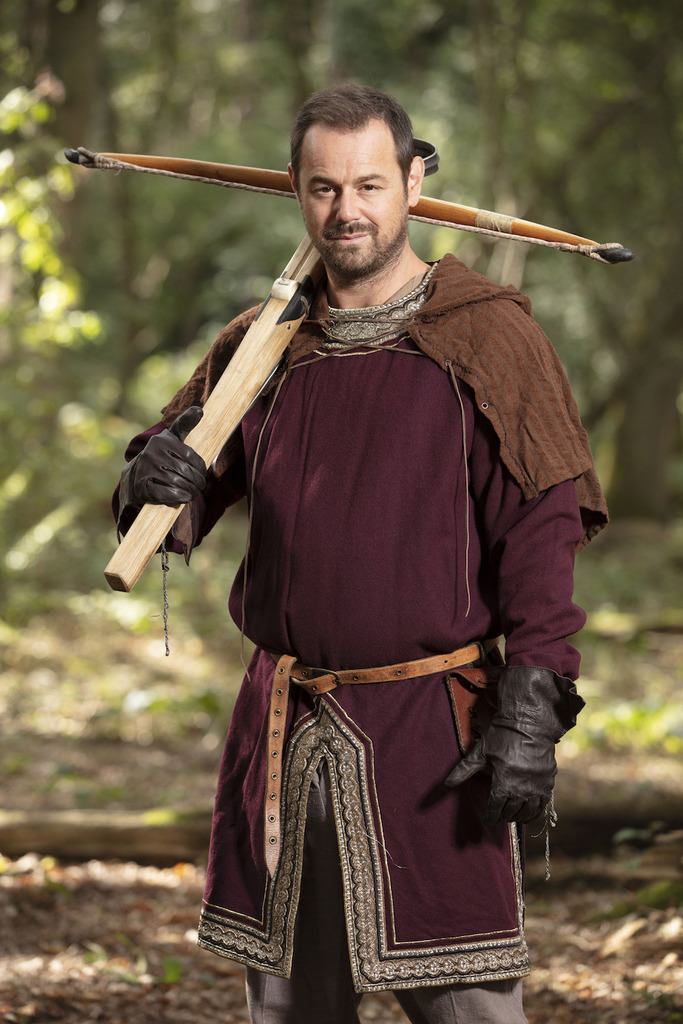 The British are absolutely obsessed with class, but we find it hard to talk about. At least, I don’t really know how to talk about it. I know that if you quickly use the Great British class calculator, you’re soon presented with a cartoon of a lovely looking Precariat with an orange moptop and a white bracket for a friendly smile (no economic capital, but a little bit of cultural capital, hooooraaaay!). If my life depended on it and I had to explain to an alien how the British feel about class I would be vaporised on the spot — that is, unless they had a device that could scan my nerve-endings when Boris Johnson booms out that a pint of milk costs £5, or when Jess Phillips was talking recently about the high earners she has met with literally no discernible skills: ‘I thought I’d met posh people, but actually I’d just met people who ate olives’. The issue of class is so pervasive and so passionately felt that we almost forget it’s there at all, but there isn’t a clear flag to fly or an elevator pitch lie like ‘The American Dream’ to invest in. It’s all rather repressed — terribly british, too — with shows like Right Royal Family a symptom of a fantasy we all don’t know we have. 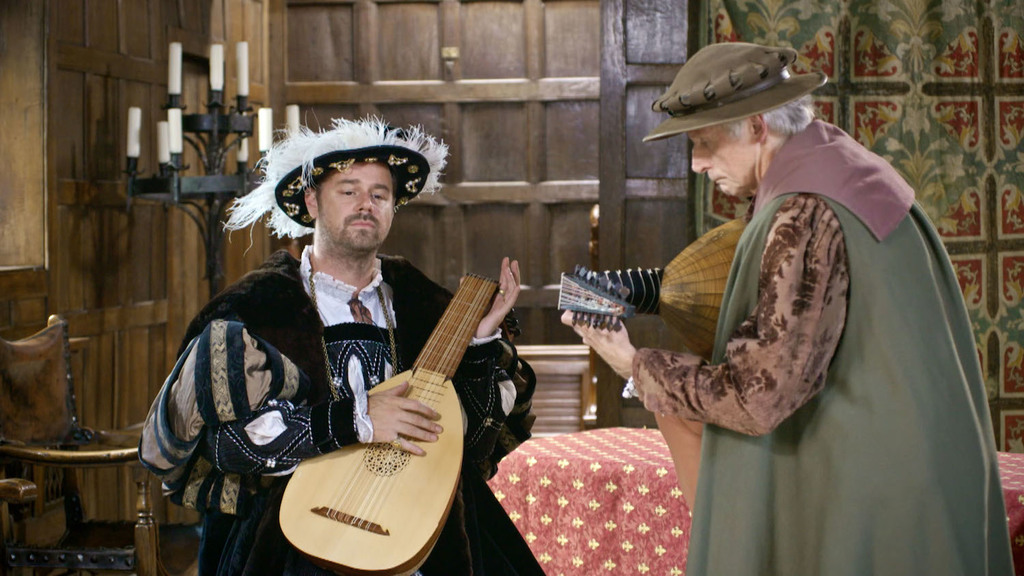 Tess (of the D’Urbervilles) might be right: ‘The best is not to remember that your nature and your past doings have been just like thousands’ and thousand’s, and that your coming life and doings’ll be like thousands’ and thousands’’. It’s healthy to remember that it’s all arbitrary. You grow up tonguing princesses in palaces, or on the swings in Canning Town, and in the grand scheme of things neither has much to do at all with how hard you work. Normally, which end of that spectrum you fall at would depend on who your 22x great grandfather usurped — we love an underdog, and we’re as thrilled to see that a glitch in the Matrix might see even that most basic principle upended as this long lost royal himself. Not just for Dyer — everyone in Europe is said to be related to Charlemagne, for instance; 16 million people alive today are descended from Genghis Khan; you've got a drop of blue blood somewhere. Nice one bruva.