It’s Friday night at White Cube’s Mason’s Yard space, and so cold outside that people stand stamping and blowing air through their noses like horses pulled up short as they enter the first floor of the gallery and disrobe. We’ve all come to see Park Seo-Bo’s exhibition Ecriture (描法), featuring his most famous work produced between 1967 and 1981. 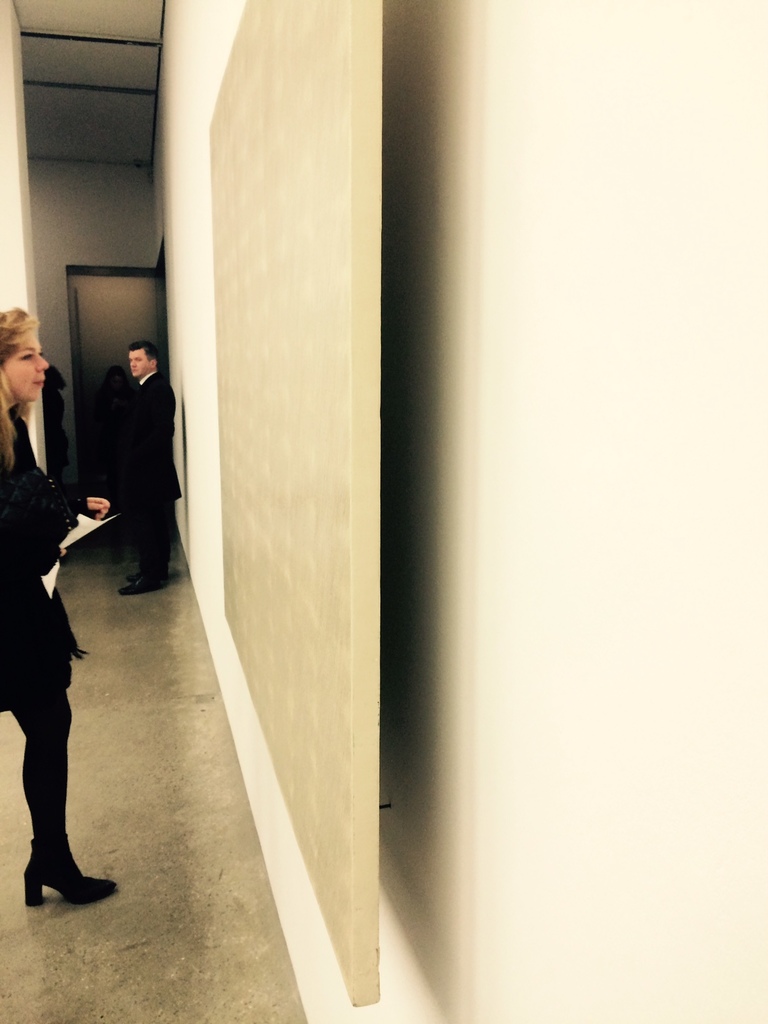 ‘I want to reduce and reduce – to create pure emptiness’

Park is credited as one of the founders of the ‘Korean Monochrome Movement’ (Dansaekhwa), which takes its roots from calligraphy, Taoist and Buddhist philosophy. This process necessarily requires a great deal of introspection. Often the subject is emptiness itself, and Park’s Ecriture series is at great pains to represent the unrepresentable.

‘I want to reduce and reduce – to create pure emptiness’, said Park in 2006. Rather than eliminating his contact with the medium – in his case, paint, pencil and canvas – he imposes restrictions on his process. The most obvious sanction is that on colour; his work in this exhibition is strictly monochrome. Time, too, is purposefully limited: each painting is completed in one sitting, before the paint has time to dry, and it is partly in this way that Park’s work insists on a continuity and an erasure of gesture. 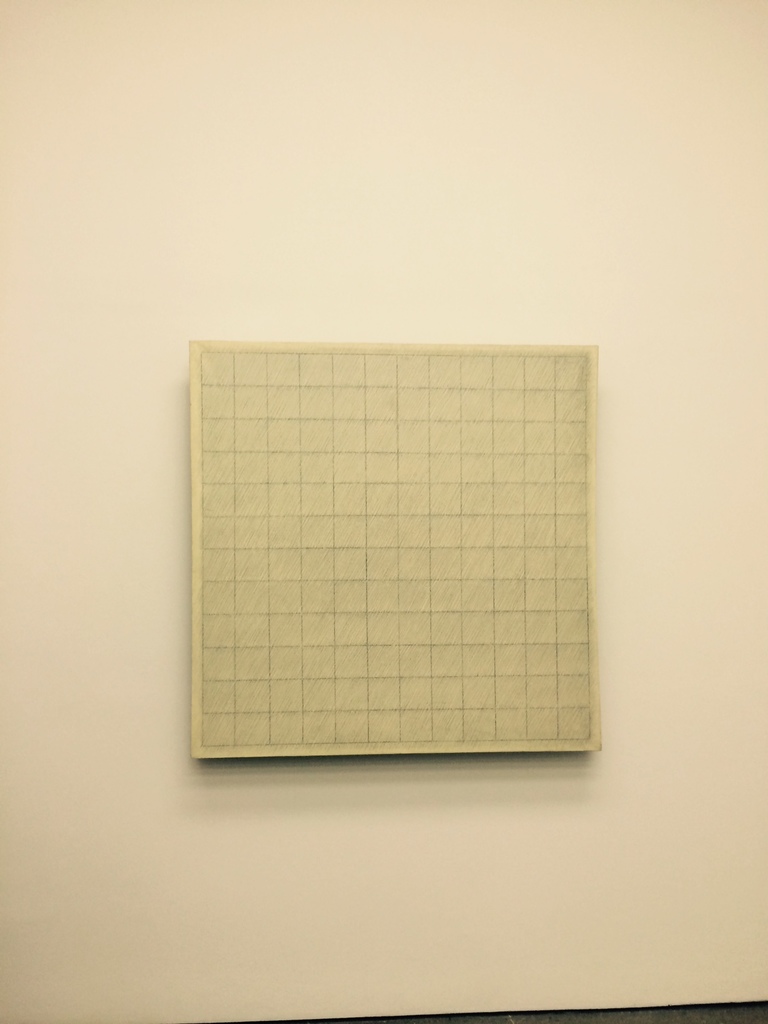 As many of the canvases feature pencil as do paint. The pencil lines are almost always feathery, straight and repetitive but clearly drawn freehand, and force the viewer to consider the enormous amount of time and concentration the task of filling one of the larger canvases this way would mean. The work’s ties to meditation spring to mind, and an argument can be made for the pieces both constituting and prompting acts of calm devotion. In common Korean thought, white signifies an immateriality. It is understood to stand for light, which demands a rethinking of the Western understanding of white as void, vacuum. 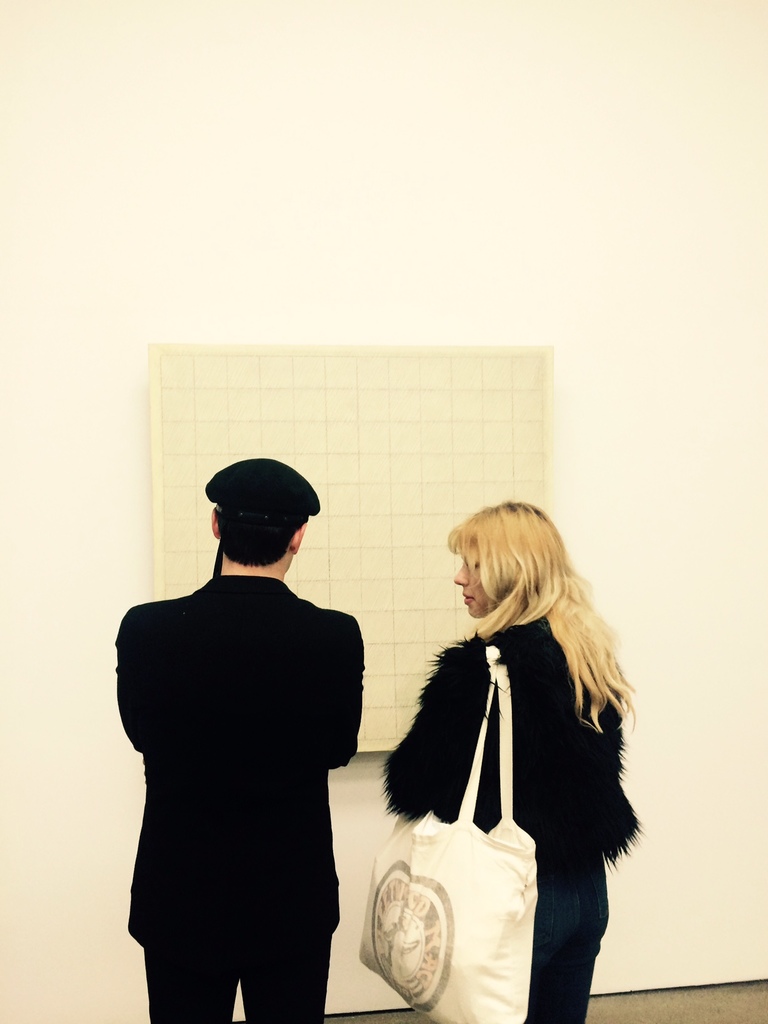 Light reveals everything there is to be revealed, and to consider the mechanism by which we observe subjects as a subject in its own right is an arresting thought. Where black and grey feature in the work, then, we must consider whether we are to understand them as darkness or shadow. Darkness is perhaps a more impressive concept, if only because it is a nebulous, metaphysical one. Shadow, though, is quantifiable, quotidian, and throws light into relief – how could we know about, or conceive of, the existence of one without the other to prove it?

Aesthetically beautiful, conceptually elegant and skillfully curated by Katharine Kostyal, we urge you to take a look before the 12th of March. 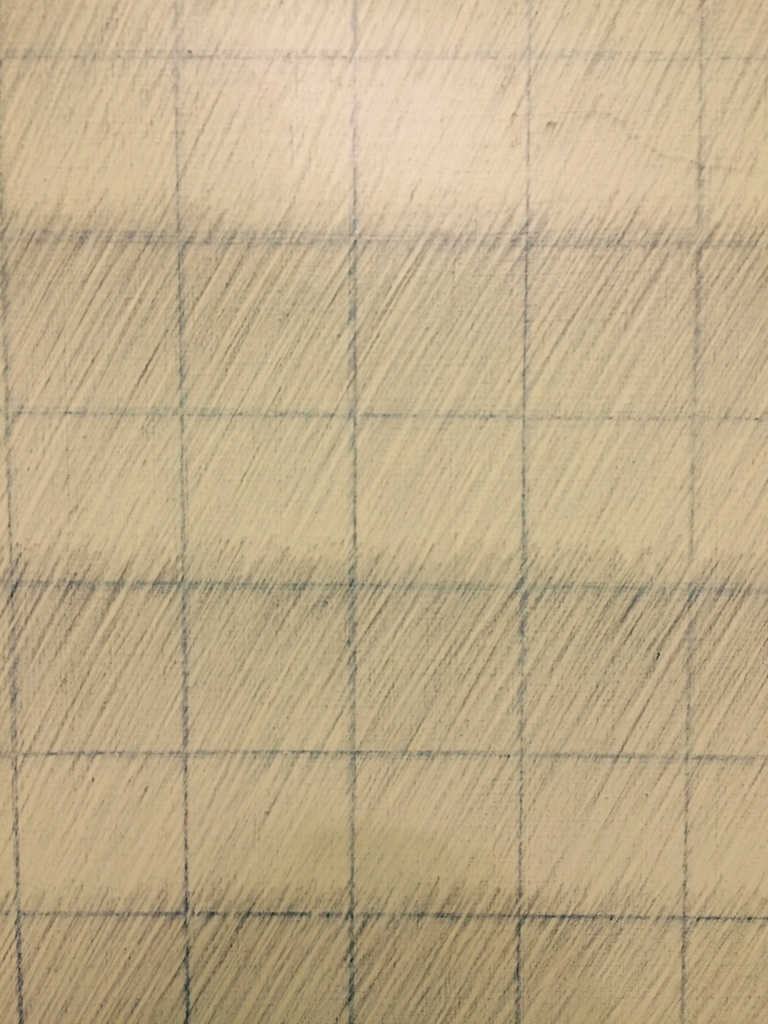 I’d say that Ecriture was one of my favourite shows of the year, but I worry that the calendar one hasn’t gone on long enough yet for that to mean enough. Nonetheless, Park Seo-Bo’s exhibition ticked all the boxes. Aesthetically beautiful, conceptually elegant and skillfully curated by Katharine Kostyal, we urge you to take a look before the 12th of March.